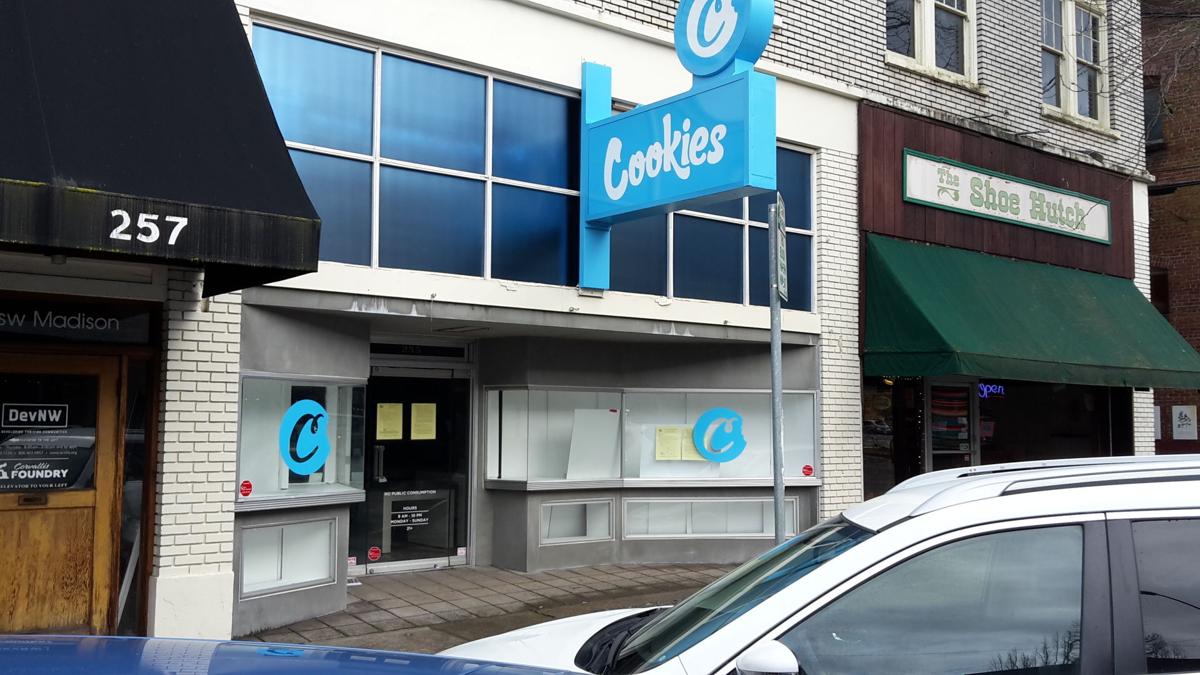 Here is a look at the Southwest Madison Avenue building that was the subject of an appeal to the Corvallis City Council on plans to upgrade the facade. 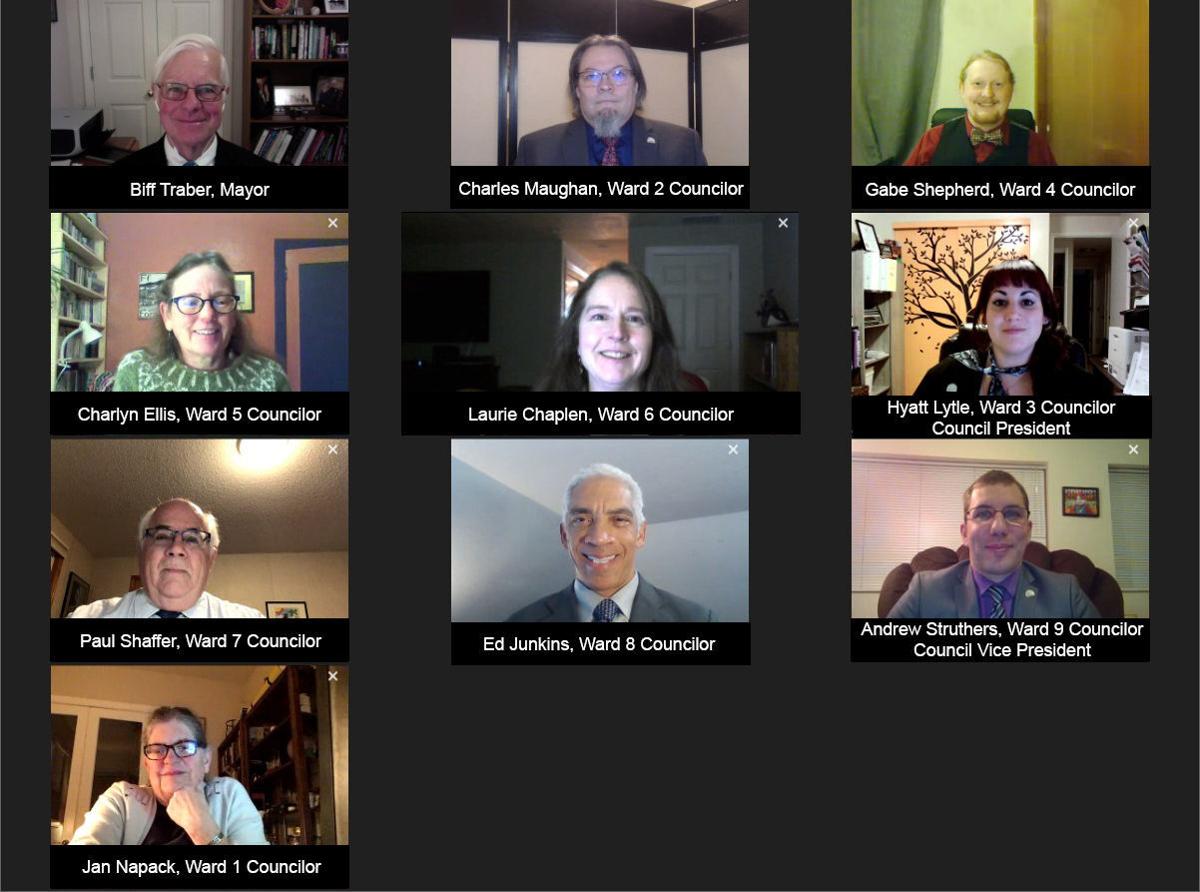 Here is a Zoom portrait of the 2021-22 City Council and Mayor Biff Traber.

Corvallis has tentatively rejected an appeal by a property owner who wants to change the materials used in the façade of the Rennie-Smith Building on Southwest Madison Avenue.

The Corvallis Historic Resources Commission denied the application at its Dec. 8 meeting. The property owner wants to change the façade from glass title to plaster.

The City Council upheld the denial on a unanimous vote at Tuesday’s three-hour remote meeting.

The building, which is listed on the local historic register, was built in 1922, but there is no record regarding what the façade looked like then. The Historic Resources Commission noted that the glass tile approach is “extremely rare” and that it was worth preserving.

Councilors agreed with the HRC, while also noting that the property owner did not provide enough evidence to reverse the decision of the commission.

Councilors will consider formal findings in the appeal at its Feb. 1 session.

In other council highlights:

SOP: Councilors unanimously passed the city’s updated strategic operational plan (SOP), which is designed to guide city work efforts and budgeting through 2025. Two amendments were discussed. A motion to tweak language on city renewable energy usage goals — and not limit it to Blue Sky energy from Pacific Power — passed unanimously. Considerable discussion was held on ideas on streetlight standards, but no vote was taken after councilors agreed that the city would have time to discuss the options before the June 2024 deadline in the SOP.

Camping: Councilors had a brief discussion of the homeless camping situation, noting the changes in the Pioneer Park RV camp as well as updates on the managed camping site taking shape near the men’s shelter. At its Feb. 1 meeting the councilor will look at possibly expanding tent camping in city parks.

Transit fee: City residents will be getting a reduction in their monthly transit operations fee. The fee is tied to gasoline prices, and with prices down, the fee will be reduced from the $3.13 per month for single-family residential customers to $2.75. The change takes effect Feb. 1.

MLK Day: Mayor Biff Traber opened the meeting by apologizing for “dropping the ball” on city commemorations of Monday’s Dr. Martin Luther King, Jr. holiday. Traber noted that one of the key functions of the city’s King Legacy Advisory Board is to organize events associated with the holiday and King’s life. The board has not met in recent months because of the pandemic. Traber read quotes from King at two different junctures of the meeting.

Pacific Power grant: The city has accepted a $60,000 grant that will be spent assisting low-income residents in purchasing electric bicycles and gear. The program likely will offer $1,000 instant rebates/subsidies for bike purchases as well as for safety equipment and training. The program will be administered by the Corvallis-Benton County Economic Development Office.

Public works director: Shepard also announced that he will interview Jeff Blaine for the open Corvallis position. Blaine, who currently serves as director of public works, community development and engineering for the city of Albany, will be interviewed Feb. 9.

More mass COVID-19 vaccination clinics are planned for Reser Stadium on the Oregon State University campus in Corvallis this week.

According to a report conducted by an outside law firm, Louisiana State University administration failed to act on Title IX compliance recomme…

The Linn County Sheriff’s Office is investigating a drive-by shooting that occurred Saturday night in Millersburg. No one was injured, but bul…

Here is a look at the Southwest Madison Avenue building that was the subject of an appeal to the Corvallis City Council on plans to upgrade the facade.

Here is a Zoom portrait of the 2021-22 City Council and Mayor Biff Traber.