An inmate crew assists ODOT in cleaning up homeless camps under the Highway 34 overpass in Corvallis on June 24. The city will discuss discontinuing the cleanups at Monday's City Council meeting. 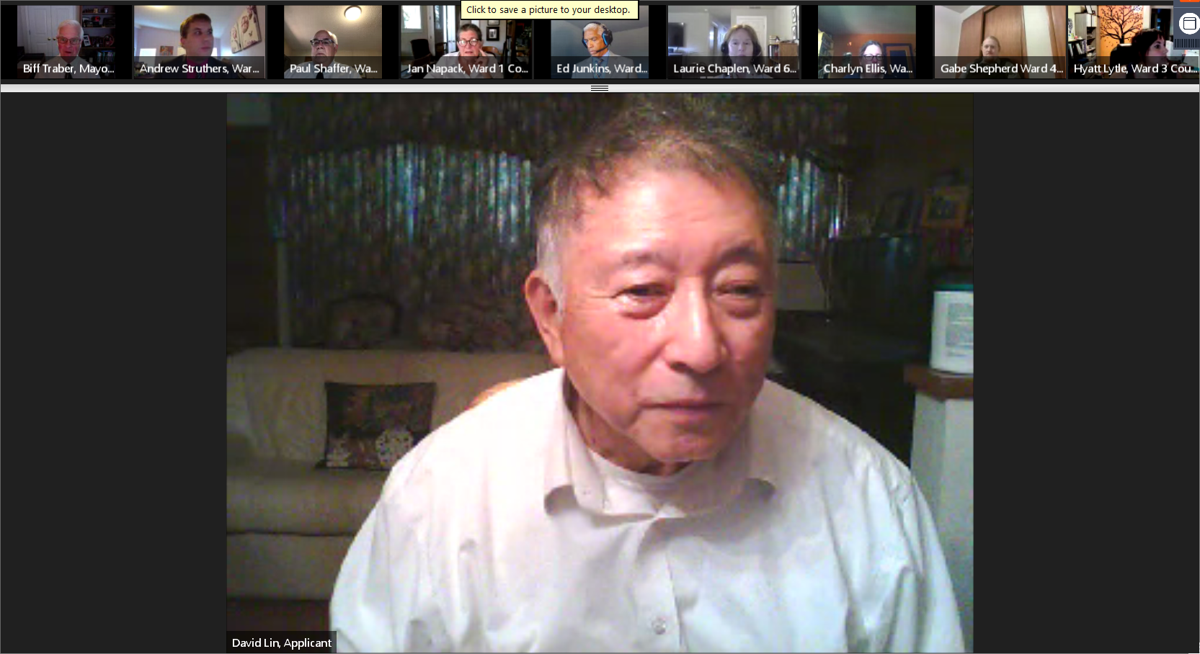 The Corvallis City Council meets remotely at 6 p.m. Monday with two high-profile items on the agenda.

Councilors will deliberate on the annexation agreement involving 118 acres of property owned by David Lin near the roundabout at 53rd Street/West Hills Road. Also, the council will act upon a motion from Ward 2 Councilor Charles Maughan to discontinue posting and cleaning up homeless camps.

Those wishing to monitor the meeting can do so by registering at https://attendee.gotowebinar.com/register/4389085906891990799. The record is closed on the Lin annexation question, but residents are welcome to comment on other matters on or off the agenda. Those who wish to offer verbal testimony either via telephone or through their computer must register with City Recorder at Carla Holzworth Carla.holzworth@corvallisoregon.gov or 541-766-6729, Ext. 5075 by 9 a.m. Monday.

Here is a look at the two key issues:

The council held a public hearing on the annexation at its June 21 meeting, but requests to hold the record open and to allow Lin to make a final argument postponed deliberations until Monday.

Key issues brought up by those testifying and councilor questions of staff and Lin involved Lin’s plans for an additional collector street that would connect 53rd Street with 35th Street via Sagebrush Drive in the Retreat student housing complex. The intent of adding the new street is to ease the traffic pressure on narrow West Hills Road at the south end of the property

Lin wants to develop the property with city codes and infrastructure, which means the property must be annexed into the city’s stock of land. Attempts to do this were tentatively denied Feb. 18, 2018 by the council, which directed Lin to work on an annexation agreement.

That annexation agreement, which has been under discussion and review since that 2018 denial, is what will be considered by the council Monday night. Any decisions on what might be built on the property and what the development looks like would be considered later if the annexation is approved.

The annexation agreement approach is a new process for the city, which since 1977 had sent all annexations to the voters until a 2016 state law limited the city’s ability to do so.

Last week members of the West Hills Neighborhood Association and others expressed concerns to the city that the new public testimony that was submitted to the council was only forwarded to councilors and was not in the council meeting packet when it was issued at 3 p.m. Wednesday. The material was added to the packet and a new email went out with the information at 1 p.m. Thursday.

The Corvallis City Council voted April 5 to begin posting and cleaning up camps on city property by May 15. The city had not been fully enforcing its illegal camping ordinances since March 2020 because of the pandemic.

Councilors said yes to the cleanups amid community concerns about livability, trash, environmental challenges and a diminished ability by residents to use city parks.

Since the cleanups began in the middle of May, however, councilors have faced a steady drumbeat of criticism from the community about the cleanups, with the key question being: Where are the homeless supposed to go?

Ward 2 Councilor Charles Maughan, a key council advocate for the homeless, put forth a motion to stop the cleanups during the councilor reports section of the July 6 meeting.

Here is the text of Maughan’s motion: "To rescind the Council’s previous motion to resume posting and cleaning of camps, until city and/or county staff can present to council options for a designated camp site or sites."

To date, according to the staff report from City Manager Mark Shepard in the council packet, 85 camps have been cleaned up by a combination of Corvallis Parks and Recreation Department and Oregon Department of Transportation crews.

Camps have been cleaned up in Pioneer Park, the BMX area, the skate park area, the Orleans and Berg natural areas and Willamette Park.

In addition to the council vote the council and the Benton County Board of Commissioners are tentatively scheduled to meet Aug. 5 to discuss developing more shelter capacity. This will be the third such meeting between the two bodies.

The Corvallis City Council will consider a major land-use case at its 6 p.m. meeting Monday.

Get in your car and take a drive to the corner of Southwest 53rd Street and Philomath Boulevard in Corvallis. Almost any direction you head fr…

Corvallis might be about to change course again on homeless camping.

The Oregon Department of Transportation worked through the day Wednesday to clean up illegal camping sites on its property in Corvallis.

The city of Corvallis has 118 new acres of property to work with as it deals with housing challenges.

An inmate crew assists ODOT in cleaning up homeless camps under the Highway 34 overpass in Corvallis on June 24. The city will discuss discontinuing the cleanups at Monday's City Council meeting.