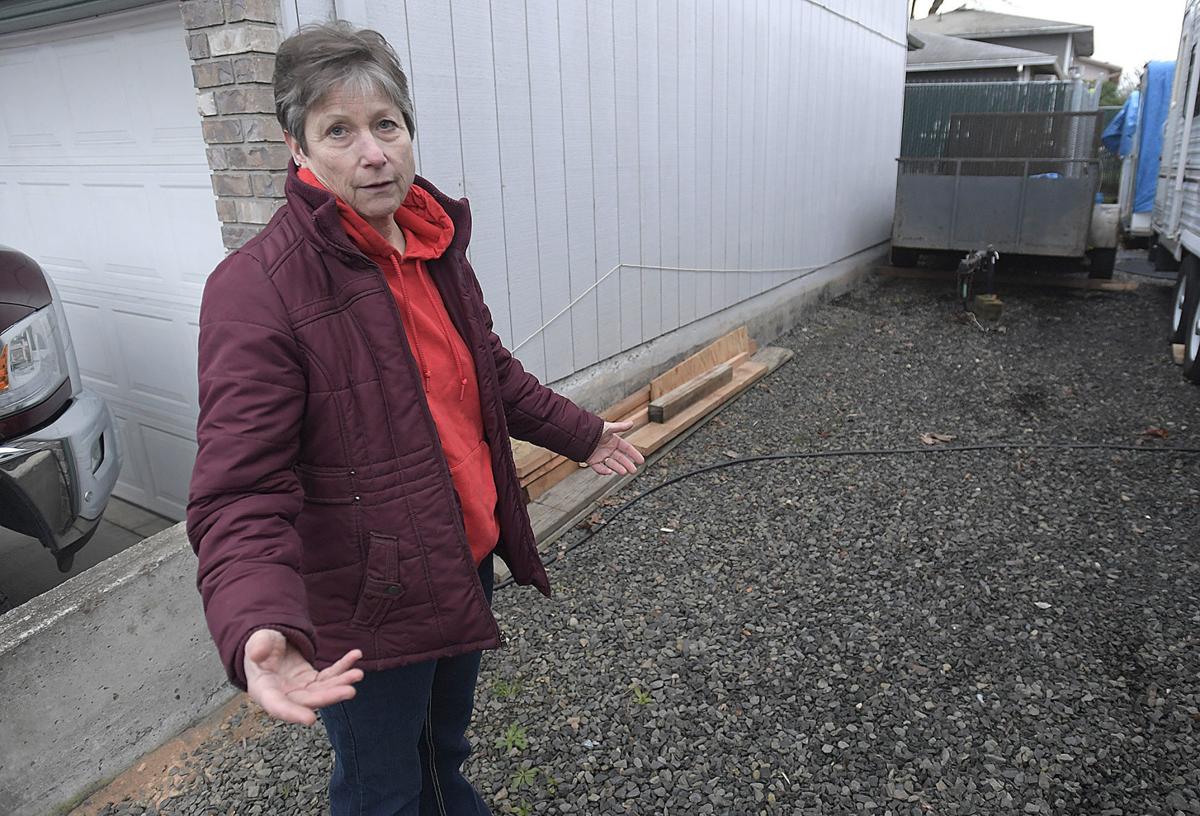 Sheri Wheeler of Albany asked the city council this week to consider making it illegal for domesticated cats to roam freely outdoors. Above, Wheeler talks about how gravel has not kept cats from leaving their waste on her lot. 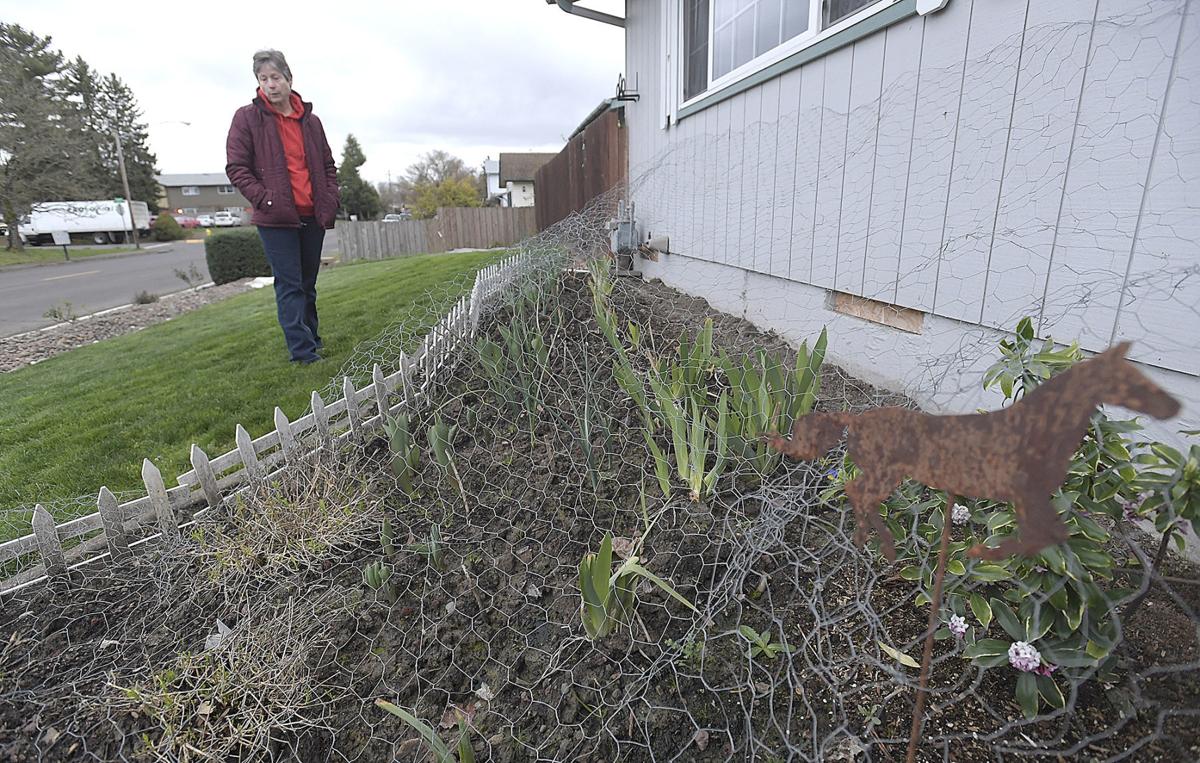 Sheri Wheeler of Albany has placed chicken wire around her flowerbeds in an attempt to stop cats from befouling her yard.

Sheri Wheeler addressed the Albany City Council during the public comment section of its regularly scheduled Wednesday meeting with one thing on her mind: cats and how to keep them off Albany streets.

"Just because something has always been status quo doesn't mean it can stay that way," she said. "And what I'm proposing today would be a huge, huge change."

Wheeler asked the council to consider making it illegal for domesticated cats to roam freely outdoors and that all feral cats automatically become property of the city to be adopted out or "disposed of."

The request, she said, was not fueled by a hatred of the animals. She has a cat herself, Simon, who she described as the love of her life. But Simon, a formerly feral cat she rescued, doesn't go outside. He's strictly an indoor animal and when he does venture outside during camping trips, he has a harness and leash.

"We moved here a year ago from Scio," Wheeler said. "We were really shocked by the amount of cats coming into our yard, trying to fight with our cat through the window."

Unanswered combat challenges aren't all they leave behind. Wheeler brought photos of the cat feces she found in her yard — an entire week's worth.

"I had to clean this up," she said, noting that the feces contain bacteria and sometimes parasites that could pose a health risk for anyone with lowered immune systems.

On Wednesday, she presented the council with the Linn County ordinance governing dogs with language changed to recognize cats.

Her proposal includes a licensing fee for all domesticated cats, which she estimates would bring in $84,000 a year, enough to fund one full time position to wrangle the newly formed cat-licensing operation. A hardy base of volunteers, she said, would support the position.

Councilor Alex Johnson II said he often heard about neighborhood issues surrounding feral cats and, more recently, saw it for himself. He told the council that he once followed a group of feral cats he counted in the dozens down a street and around the corner.

"There was a woman putting out food," he said, noting he believed it was a lonely-neighbor problem, not a cat problem.

Wheeler told the council that her goal wasn't necessarily to control the feral cat population but to limit cats from using public and private property as a restroom.

"I'm retired," she told the council. "I have the time and the ability and the resources to help create laws and put them in practice to begin to deal with this issue."

The council directed staff to research the issue and bring the matter back at a later date.

The right to bear arms is already protected by the Second Amendment, but Albany City Councilor Mike Sykes wants a first-rate guarantee.

The Albany City Council on Monday held the first of two conversations surrounding the annual review of utility rates and possible adjustments.

Story Next Door: Alex Johnson II meets people where they are

Ice day for a swim: Polar Plunge held in Corvallis

A late 2019 fire at South Albany High School was most likely the result of spontaneous combustion, according to a report from the Albany Fire …

In cheer, a state competition can come down to a percentage of a point. On Feb. 15, the South Albany High School cheerleading team beat out si…

By 2040, the city of Albany is expected to have approximately 80,000 residents. On March 9, the city will reveal the results of a study meant …

People love their pets and furry critters, so it is no surprise that a proposal to make outdoor cats illegal within the city of Albany has rec…

Sheri Wheeler of Albany asked the city council this week to consider making it illegal for domesticated cats to roam freely outdoors. Above, Wheeler talks about how gravel has not kept cats from leaving their waste on her lot.

Sheri Wheeler of Albany has placed chicken wire around her flowerbeds in an attempt to stop cats from befouling her yard.