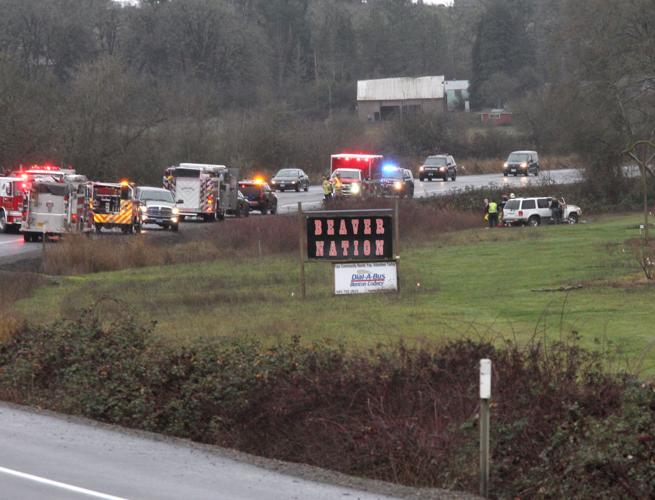 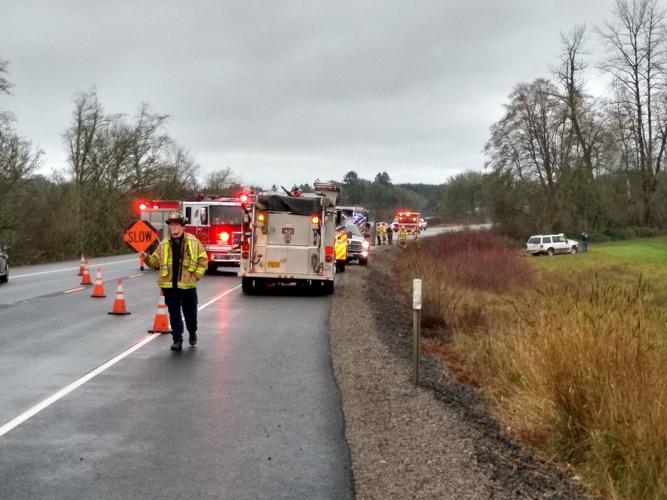 A pair of crashes on Highway 99W Wednesday morning on the north side of Corvallis briefly slowed traffic.

The first involved four vehicles at the intersection of 99W and Northeast Walnut Boulevard.

Lt. Dan Duncan of the Corvallis Police Department said that incident was called in at 9:43 a.m.

Duncan said Terence Lavis, 70, of Eugene was in the right-hand lane of the highway driving south in a Nissan pickup and rear-ended a Toyota Corolla that had stopped for a red light at Walnut, causing the Toyota to hit a Ford Edge in front of it. A fourth vehicle, a Jeep that was stopped in the left-hand lane, was struck in the side when one of the other vehicles was forced sideways.

Duncan said the two southbound lanes were briefly restricted but traffic was able to flow through in the center lane while the crash was investigated.

The second crash was a rollover of a 1998 Ford Explorer, which occurred around 10 a.m. just north of Arboretum Road, between Corvallis and Adair Village. The SUV came to rest in a field to the west of the highway.

Greg Ridler, undersheriff with the Benton County Sheriff’s Office, said Kase Khaled Al-Louzi, 60, of Philomath was driving north on the highway when he had a medical emergency, crossed the south bound lane and drove off the road.

Traffic on 99W was briefly restricted to one lane as authorities investigated the crash. Both lanes were reopened shortly before 11 a.m.

(An earlier version of this article incorrectly reported no one was injured in the crash at Highway 99W and Walnut.)

Froma Harrop: Dress codes are about respect, not money

There was a time when spending big at a swank restaurant would be regarded as an occasion requiring dress-up. Then the slob culture took over so that even when an establishment made great effort to arrange flowers, iron tablecloths and provide formal service, customers would turn up in sweatshirts and ratty sneakers.

The Benton County Health Department will offer coronavirus vaccination events throughout the county during May.