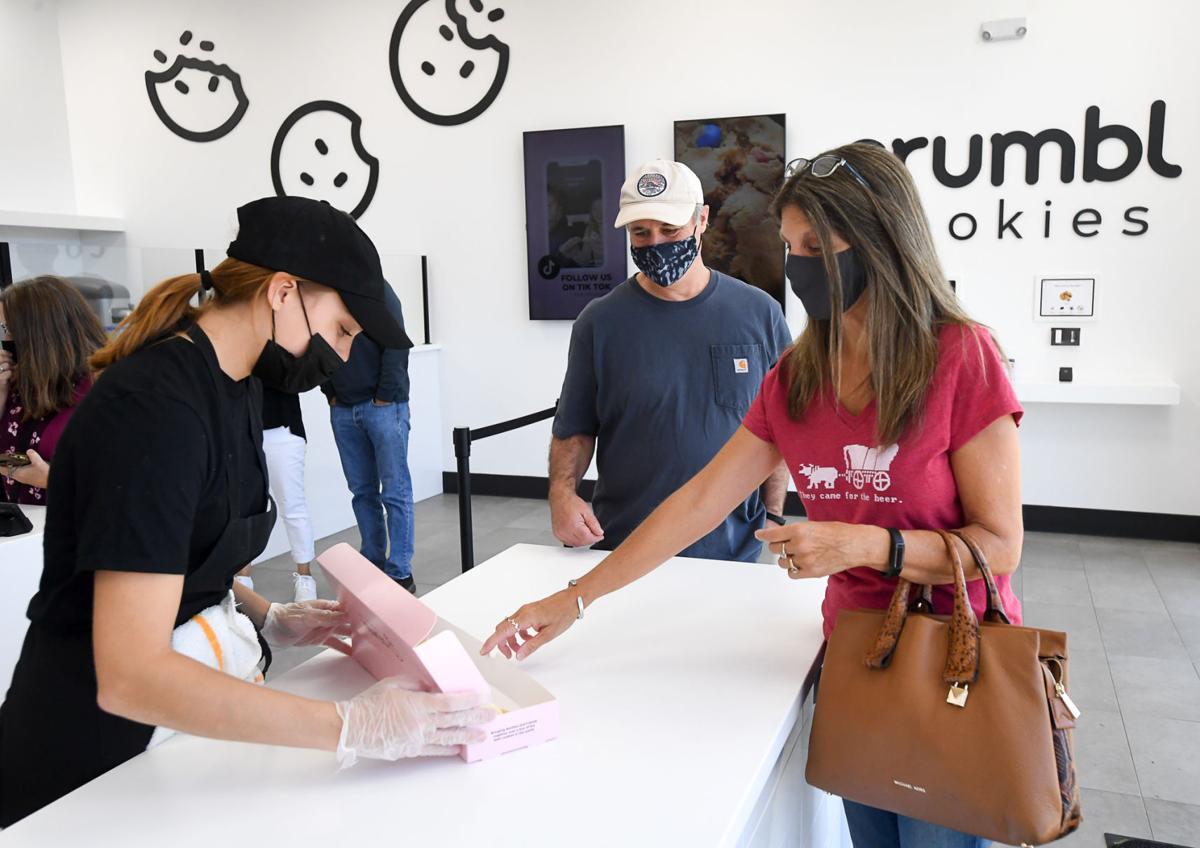 Savana Decker at Crumbl Cookies shows a box of cookies to Randy and Carla Dale of Eddyville on Thursday. 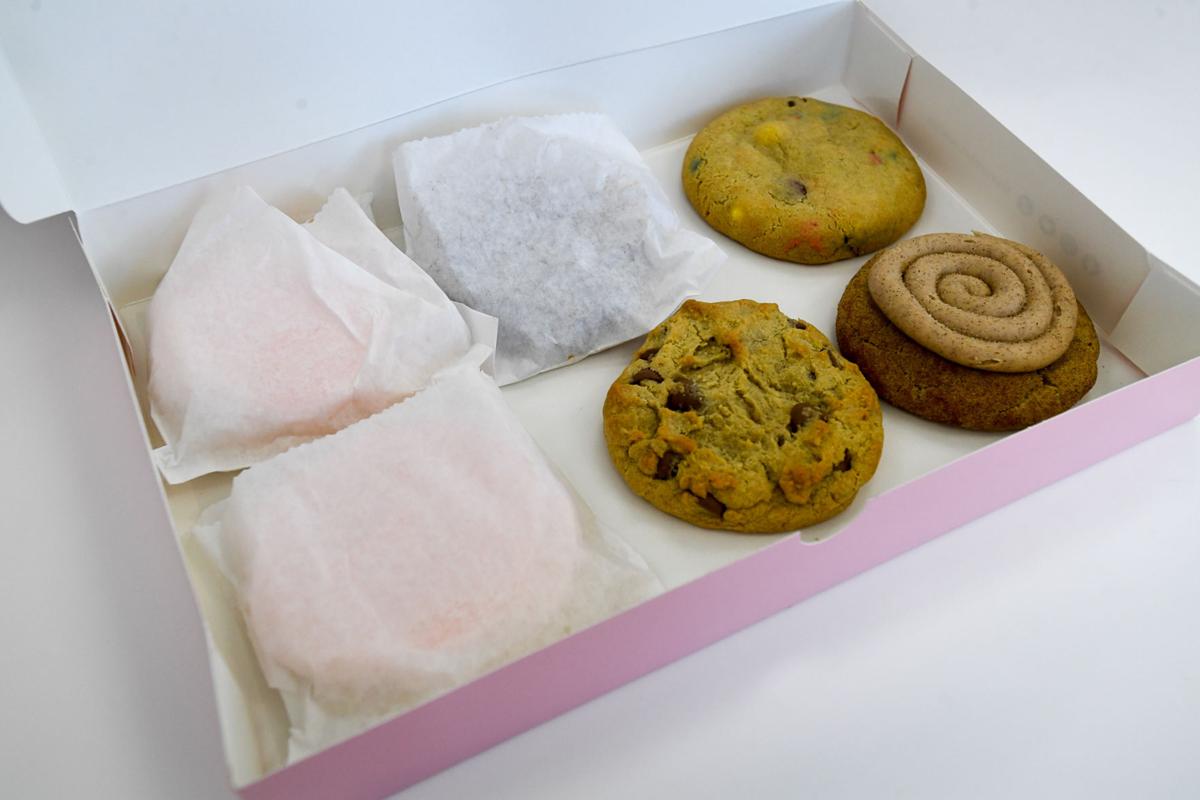 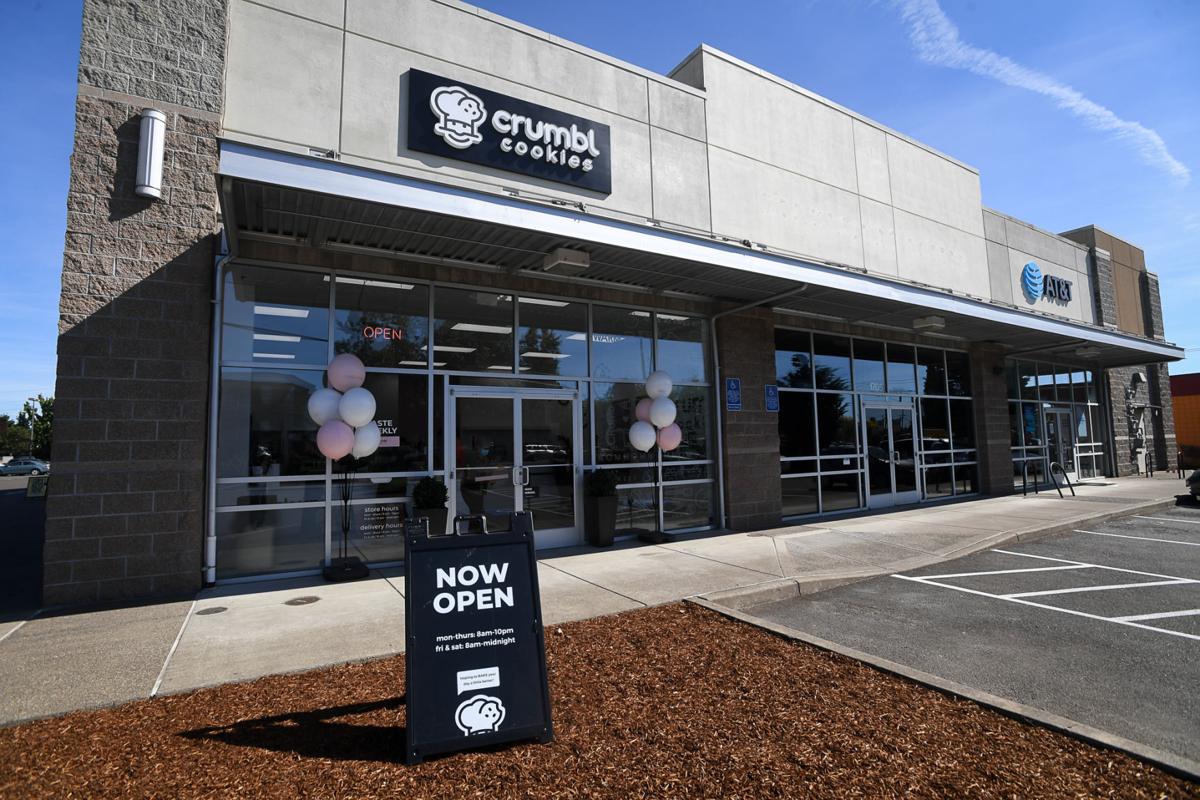 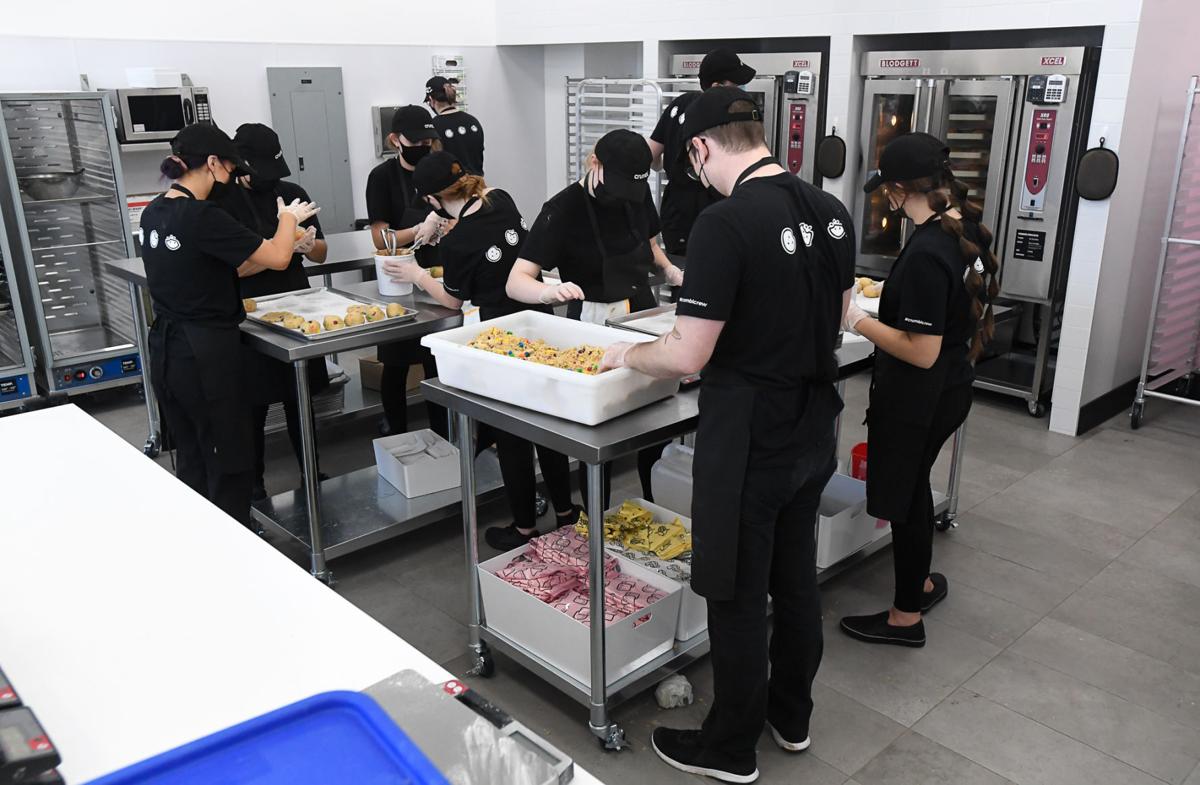 Crumbl Cookies has set up shop in Corvallis at 1705 N.W. Ninth St. Suite A, and when customers walk through the pale pink doors of the bakery, they'll be hit with the smell of sweet, sugary icing.

The franchise, which started in Logan, Utah, in 2017, now has over 250 stores in 32 states nationwide. Karina Tews, who co-owns five Oregon locations with her husband Austin Tews, supervised twelve busy bakers as they rolled, pressed and decorated the soft treats during Thursday’s soft opening.

“Corvallis puts out wonderful employees,” Karina Tews said. “They all have good attitudes, they’re hard workers and you can tell they’re really excited.”

The door opened and closed all morning even for the soft opening, which Tews said was to give the bakers practice for the real deal on Friday. Each time a customer walked in, they were greeted by a cheerful “Welcome to Crumbl!” by the entire crew.

The Tews’ own other stores in Eugene and Roseburg, and Albany and Bend are next up on the list. Tews said she hopes to have the Albany location open by January.

The only cookie that is on the menu at all times is the milk chocolate chip. The chilled pink sugar cookie has a semi-permanent spot on the menu, and the other four to five flavors are announced on the store’s website on Mondays.

This week’s six flavors are a sweet cornbread cookie drizzled with honey and topped with a rich buttercream, a crisp churro cookie rolled in cinnamon sugar with cinnamon buttercream frosting, a warm peanut butter M&M cookie, a chilled no-bake chocolate crunch with a hint of caramel, and, of course, the warm milk chocolate chip and classic pink sugar with almond-flavored frosting.

Fall flavors are on the way, but Tews could reveal no details about what to expect. The anticipation is what keeps people checking the website every week to find out.

“We will have all the pumpkin flavors,” Tews hinted.

Rainbow Records is the perfect blend of new and nostalgic

In an increasingly online world where everything is digitized, more and more people are starting to wish they had not thrown away the physical…

Thanks to the efforts of local volunteers and committees, a Veterans Day ceremony will be held at Timber Linn Memorial Park, banners honoring …

Deciding where to eat with friends can be an arduous process. Someone may be craving Italian, while another has a taste for Indian, another fo…

Name, image and likeness: It's a whole new ballgame for college sports

College athletics has entered a new phase. Legislative action by a number of states has led the National Collegiate Athletic Association to op…

Savana Decker at Crumbl Cookies shows a box of cookies to Randy and Carla Dale of Eddyville on Thursday.