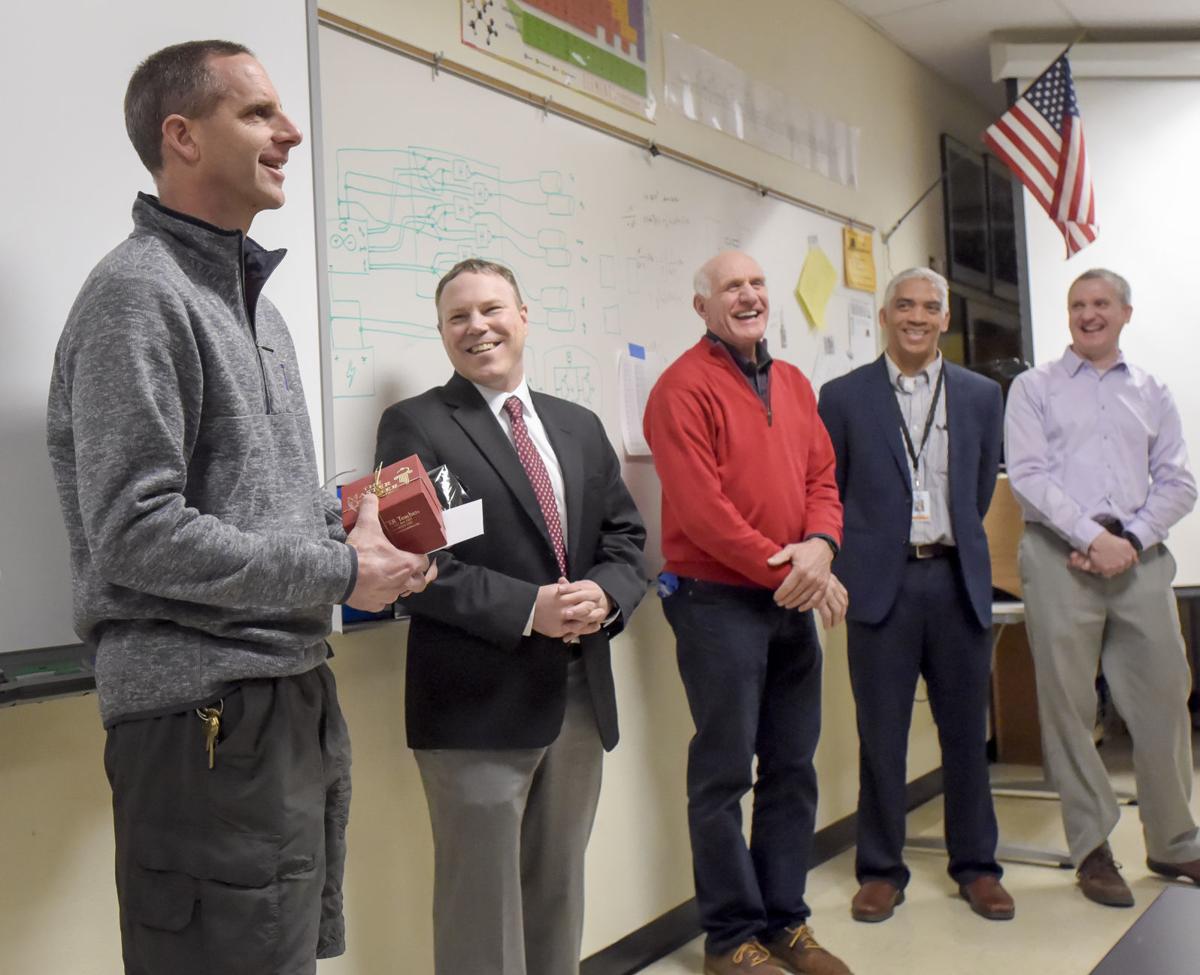 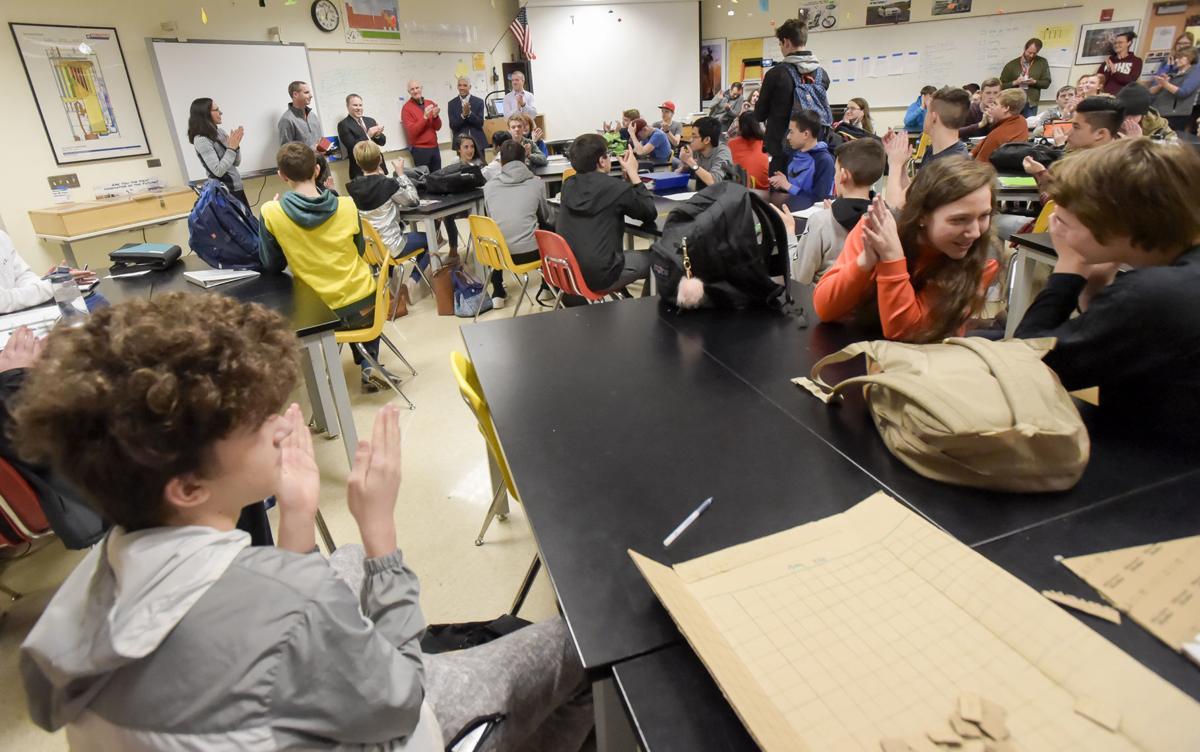 “A lot of what I seem to have done is because of support and collaboration from the teachers I work with,” said Kirsch, who has created the school’s engineering curriculum. “I almost feel like I don’t deserve it.”

“You know no one works harder than this individual,” said McKee to Kirsch’s class during the award presentation. “He’s here on weekends fixing (shop) equipment, and he works to make sure you can do hands-on learning.”

“He’s still thinking of new ways to engage students after 17 years (at CV), which not every teacher is doing,” she said.

Kirsch said he’s appreciated the support from the school to try new things. One example of his projects is bringing a portable mill to the school last year so students could help process lumber. The mill not only showed students how lumber is produced, but it also provided materials for woodshop projects.

Another example is a project this year in which students from three classes are working together to build underwater remote-operated vehicles in collaboration with a research project at Oregon State University.

During a report to the school board last week about the ROV project, Kirsch told the board that he believes the high rate of female participation is due to altering the STEM class (science, technology, engineering and math) so that they now include art (the acronym becomes STEAM).

Kirsch said his teaching philosophy is all about getting kids to learn through hands-on projects that have real meaning.

“Our education needs to be less information delivery, because it’s all there (online). We are developing thinkers, which is what employers want.”

Kirsch said his dream project would be a partnership with the city in which he takes his most at-risk students and puts them in a class where for two periods a day they would build tiny houses for homeless people. Through building these houses, the students would learn math and science, but they would also learn about social issues.

“If kids are going to be doing something, it needs to be authentic,” he said.

Last week the public school foundation also awarded Golden Apple awards to Liisa Hasenstein, a Linus Pauling Middle School teacher, and Emma Robinson, a Wilson Elementary School teacher. The foundation has not yet announced the support staff member who will be getting a Golden Apple this year.