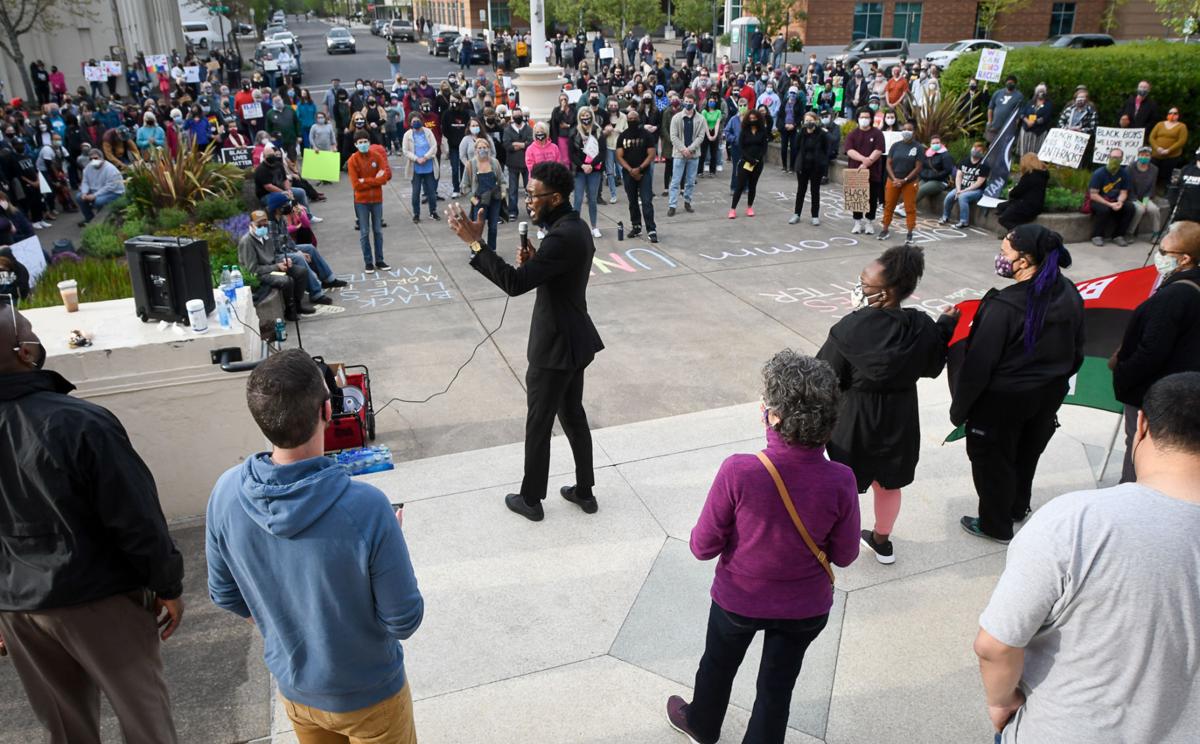 Corvallis/Albany NAACP Branch President Jason J. Dorsette speaks at a rally at the Linn County Courthouse for Nehemiah Miller, 13, who was beaten earlier this month in an Albany park in what police are investigating as a hate crime. 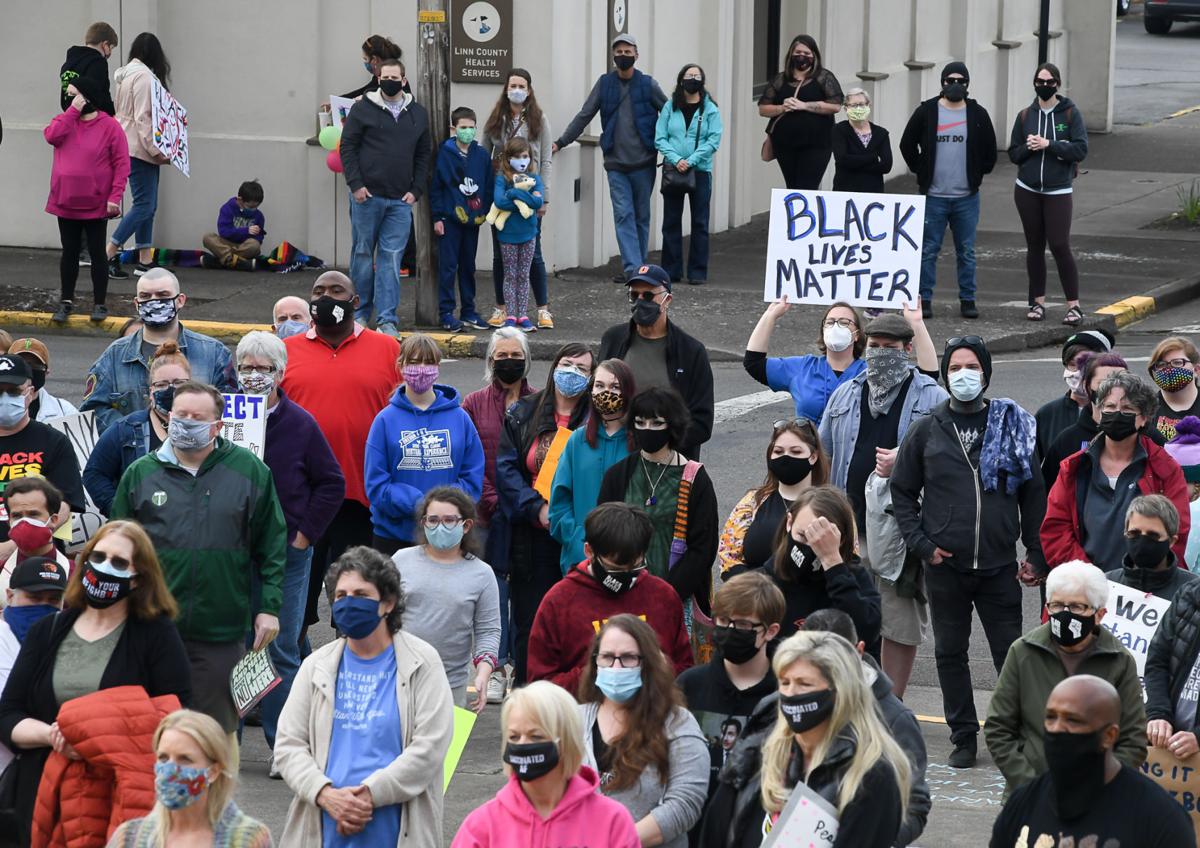 About 100 people turned out for a rally at the Linn County Courthouse for in support of Nehemiah Miller, 13. Miller was reportedly beaten by a group of older white teens who were calling him the N-word.

On Friday evening, the steps of the Linn County Courthouse were full.

People spilled over the lawn and across the street. They came from all corners of Albany, representing different races and socioeconomic classes, but one word came in unison, shouted over the springtime dusk: Nehemiah.

The crowd yelled the name four times at the direction of Corvallis/Albany NAACP President Jason Dorsette, who led the gathering on Friday to support 13-year-old Nehemiah Miller, who was attacked in early April.

According to the Albany Police Department, the incident occurred at Swanson Park and began with hate speech directed at Miller and escalated when the youth stood up against the taunts.

He was beaten and hospitalized as a result.

One 15-year-old girl and two 16-year old boys have been arrested. Police say two other 16-year-old boys may have been involved, and the investigation is ongoing.

"All too often, we gather for the remembrance of horrific, hateful, disgusting crimes," Dorsette told the crowd of more than 100 people on Friday. "The family remains grateful and realizes that for some members of our beloved community, they are not able to celebrate the resilience and life of a survivor like Nemo."

Jewel Larsen is a member of Black Joy Oregon, a nonprofit that works to support Black Oregonians.

"I hadn't heard of the attack; I heard about it from Nemo's grandmother when I ran into her," Larsen said. "I was concerned that we had not been made aware of a very clear hate crime that had occurred in our area and that he was not being supported in the way he should have been by the community."

So she organized the rally.

The rally, Larsen said, was an opportunity for allies to make themselves known as well.

That call for unity was echoed by Dorsette Friday night.

His comments were translated in real time into Spanish and called for all people to stand against oppression. Dorsette also said the family and the NAACP thanked the Albany Police Department for investigating the attack as a hate crime.

Ellie Sheppy was one of the residents who ventured out to the courthouse on Friday, masked and with her three young children.

"We just wanted to show support in the community for anti-violence," she said. "And against racism and hate against people of color."

"I think it's a good show of support for someone who was traumatized," he said. "We should not tolerate anything like that in the city of Albany. When is the color of a person's skin not going to be a focus of hate? We should be past this, it's 2021."

Dorsette closed the rally by quoting Martin Luther King Jr., saying, "Power without love is reckless and abusive, and love without power is sentimental and anemic. Power at its best is love implementing the demands of justice, and justice at its best is power correcting everything that stands against love."

Albany police have arrested a third juvenile in connection with a hate crime reported last week at Swanson Park.

After months of inaction, joint meetings and draft mission statements, Albany's Human Relations Commission was within seconds of having new gu…

Albany bias crime victims say they had to push for arrest

On Monday, the Albany Police Department informed the City Council via email that a bias incident had taken place and an arrest had been made. …

On April 14, the Linn County Republican Party sent an email to supporters.

Without a new revenue source, Albany will face a $5 million shortfall for the next budget cycle, City Manager Peter Troedsson warned the City …

When schools closed to in-person learning last April, there was uncertainty around nearly every aspect of education: What would school look li…

Here's how you can join in.

COVID: HOSPITALIZATIONS AT ALL TIME HIGH

Pelosi: More needs to be done after Biden's year

Pelosi: More needs to be done after Biden's year

Corvallis/Albany NAACP Branch President Jason J. Dorsette speaks at a rally at the Linn County Courthouse for Nehemiah Miller, 13, who was beaten earlier this month in an Albany park in what police are investigating as a hate crime.

About 100 people turned out for a rally at the Linn County Courthouse for in support of Nehemiah Miller, 13. Miller was reportedly beaten by a group of older white teens who were calling him the N-word.