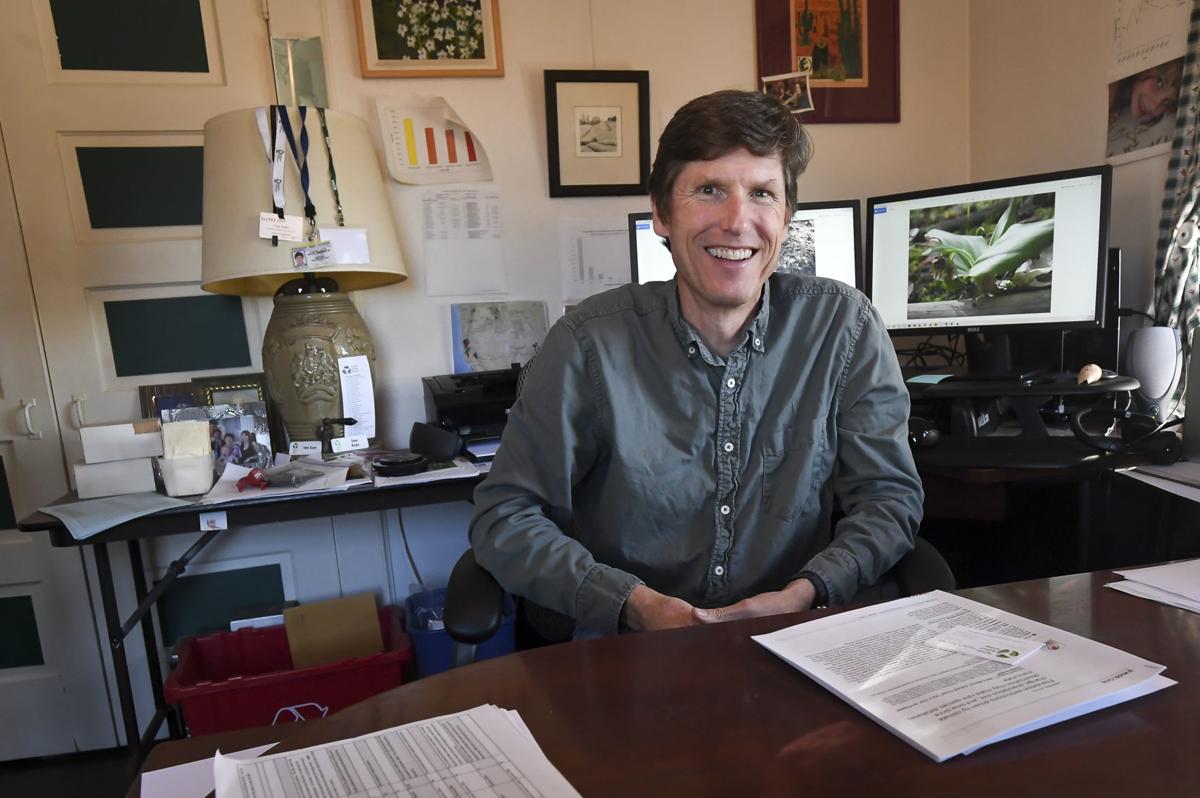 Tom Kaye, director of the Institute for Applied Ecology, and other researchers are concerned about native plants that may be disappearing from the region, possibly as a result of climate change. 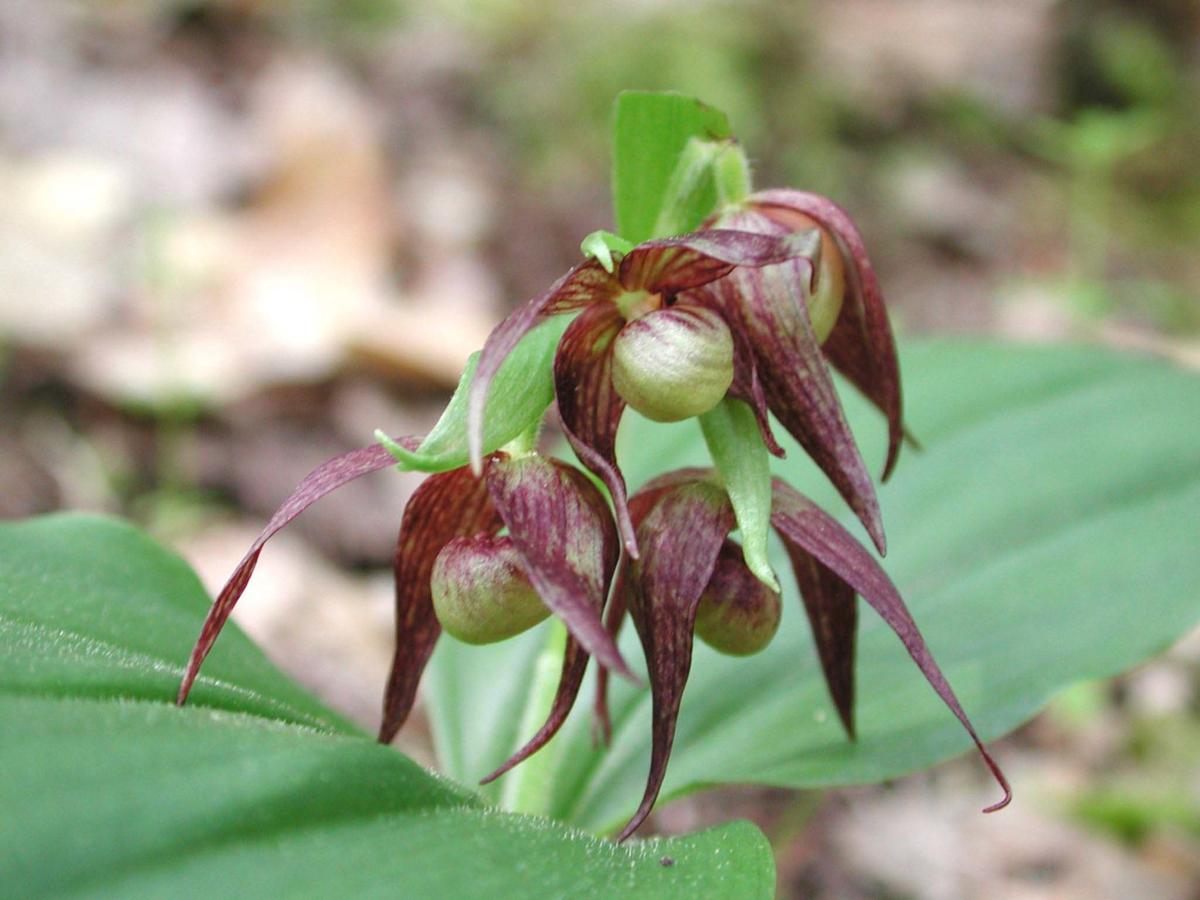 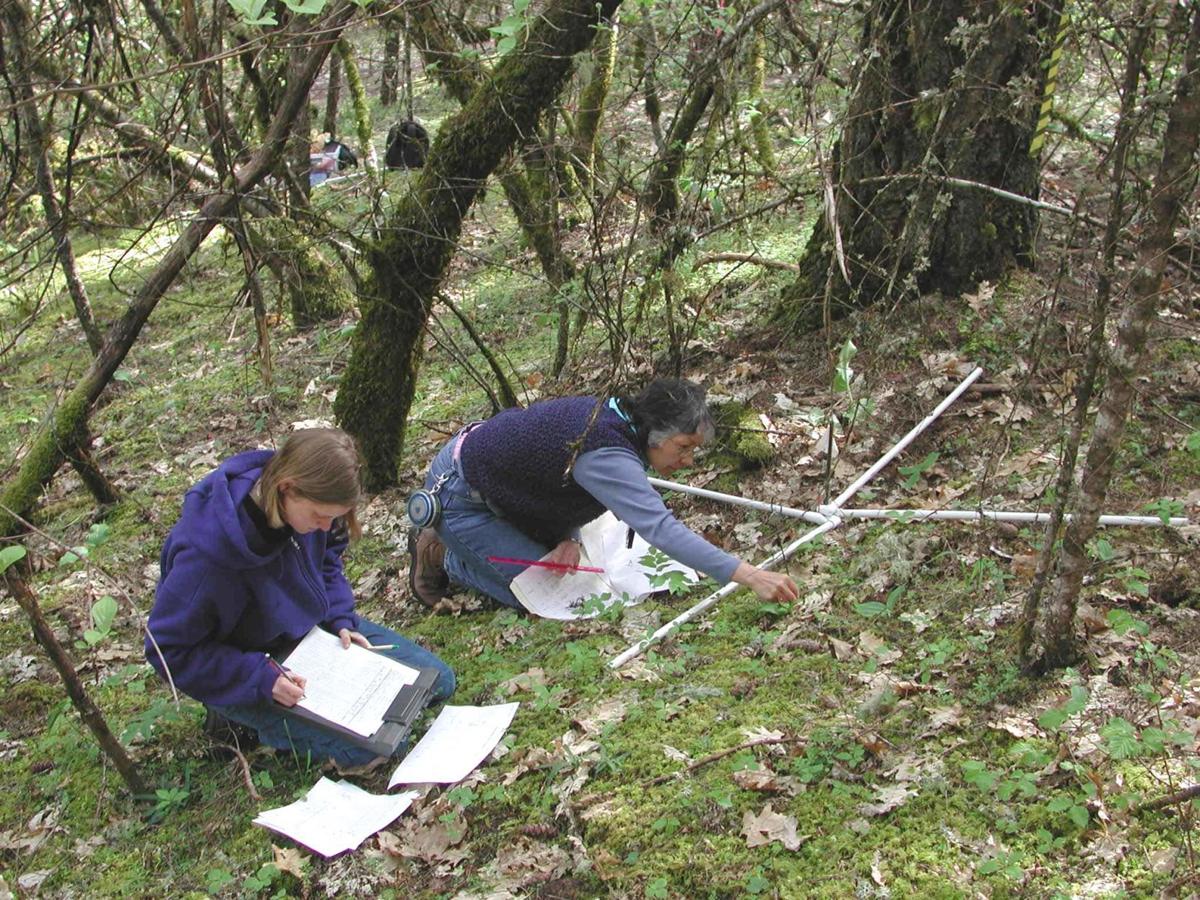 Karin Rohland of the Institute for Applied Ecology, left, and Anita Seda of the U.S. Forest Service document a surviving population of clustered lady's slipper on federal forest land near Medford.

Researchers doing field checks on a rare orchid that grows in scattered locations across the West discovered that many populations of the plant that were recorded on government databases no longer existed, raising fears that the species could be on its way to extinction, possibly due to climate change.

Perhaps even more alarming, the researchers say, their work suggests that other species could also be in steep decline without government land managers knowing it because the databases they use to keep track of those species could be out of date.

Their findings were published on Oct. 17 in PLOS One, the online journal of the Public Library of Science.

The study’s lead author, Tom Kaye of the Corvallis-based Institute for Applied Ecology, said the problem became apparent after his team did some fieldwork in southern Oregon for the U.S. Bureau of Land Management to check on the status of Cyprepedium fasciculatum, a small purple orchid also known as the clustered lady’s slipper.

While not listed as threatened under the federal Endangered Species Act, it is considered rare and tends to grow in small, isolated patches on public lands in eight Western states. In Oregon, it grows mainly in the Klamath-Siskiyou region in populations averaging 25 individuals.

Kaye's group compared its results with those of an earlier field survey performed in California by the U.S. Forest Service and spotted a disturbing trend.

“(BLM) compiled some data for us and we were looking for ways to summarize it and noticed this pattern, that some of the populations that had previously been recorded were no longer there,” Kaye said.

For the PLOS One study, Kaye and his co-authors took a deep dive into the field surveys of 205 previously recorded populations of the flower in both states and were able to draw some conclusions.

First, not surprisingly, the smallest populations of flowers were the ones most likely to be gone.

“Being small creates a vulnerability for a population,” Kaye said. “If there’s a bad year and everybody dies, that’s it.”

Second, low-elevation populations were more likely to be wiped out than those growing higher in the mountains, which could be a consequence of rising global temperatures.

“We took that to be a signal of an association with climate change,” Kaye said.

Finally, the researchers noticed another disturbing pattern: The longer it had been since the last field check, the more likely it was that a particular population listed in the database had been extirpated.

Based on those findings, Kaye and his colleagues created a computer model to estimate the likelihood of survival for all 2,400 or so known populations of Cipripedium fasciculatum in California and Oregon.

Their conclusion: between 40 and 50 percent of those populations are most likely extinct.

Not only does that raise concerns about the fate of the clustered lady’s slipper throughout its range, the study’s authors argue, but it also raises questions about other sensitive species – and underscores the urgency of updating datasets used by public land managers charged with protecting sensitive species everywhere.

“This study demonstrates the need for additional and more frequent surveys of rare plant populations to improve the reliability of information in databases used by land management agencies,” the authors write.

There was some good news in the findings, Kaye pointed out. In some cases, the field teams found new populations of lady’s slipper that had not been noted previously in the database. These were often at higher elevations, suggesting that Cypripedium fasciculatum may be migrating uphill as warming temperatures make life in the lowlands untenable.

However, new populations were noted at only about one-third the pace of population extinctions, so the flower could be losing that race. And even if new populations are sprouting up, researchers say, it’s important to know where they are so they can be managed properly.

Kaye said the Institute for Applied Ecology is in discussions with federal land management agencies about doing more field surveys aimed at improving the information stored in rare species databases.

“The recommendation is that we put more effort into the revisiting those populations,” he said.

“If we can update those databases and focus on those areas of greatest uncertainty, then we are much more likely to be able to make sound land management decisions.”

The overarching goal, he added, is to protect the planet’s biological diversity by preventing as many species as possible from becoming extinct.

“Losing species contributes to a weakened world,” Kaye said. “That’s the bottom line for us all.”

Kaye's co-authors on the paper were Matt Bahm, Andrea Thorpe and Erin Gray of the Institute for Applied Ecology, Ian Pfingsten of Cherokee Nation Technology Solutions and Chelsea Waddell of the BLM.

The Institute for Applied Ecology will celebrate its 20th anniversary at its annual meeting at 7 p.m. Nov. 7 at the Arts Center, 700 SW Madison Ave. in Corvallis.

The event will include a presentation with highlights of the organization’s conservation efforts over the last two decades. Landscape and botanical prints by artist Frances Stilwell will be on sale at the event.

The Willamette River and the Laja River basin in Mexico are climates that don’t necessarily have a lot in common.

Even if you’ve never heard of the emerald ash borer, there’s a pretty significant chance you’ll see its effects in the coming years.

Tom Kaye, director of the Institute for Applied Ecology, and other researchers are concerned about native plants that may be disappearing from the region, possibly as a result of climate change.

Karin Rohland of the Institute for Applied Ecology, left, and Anita Seda of the U.S. Forest Service document a surviving population of clustered lady's slipper on federal forest land near Medford.