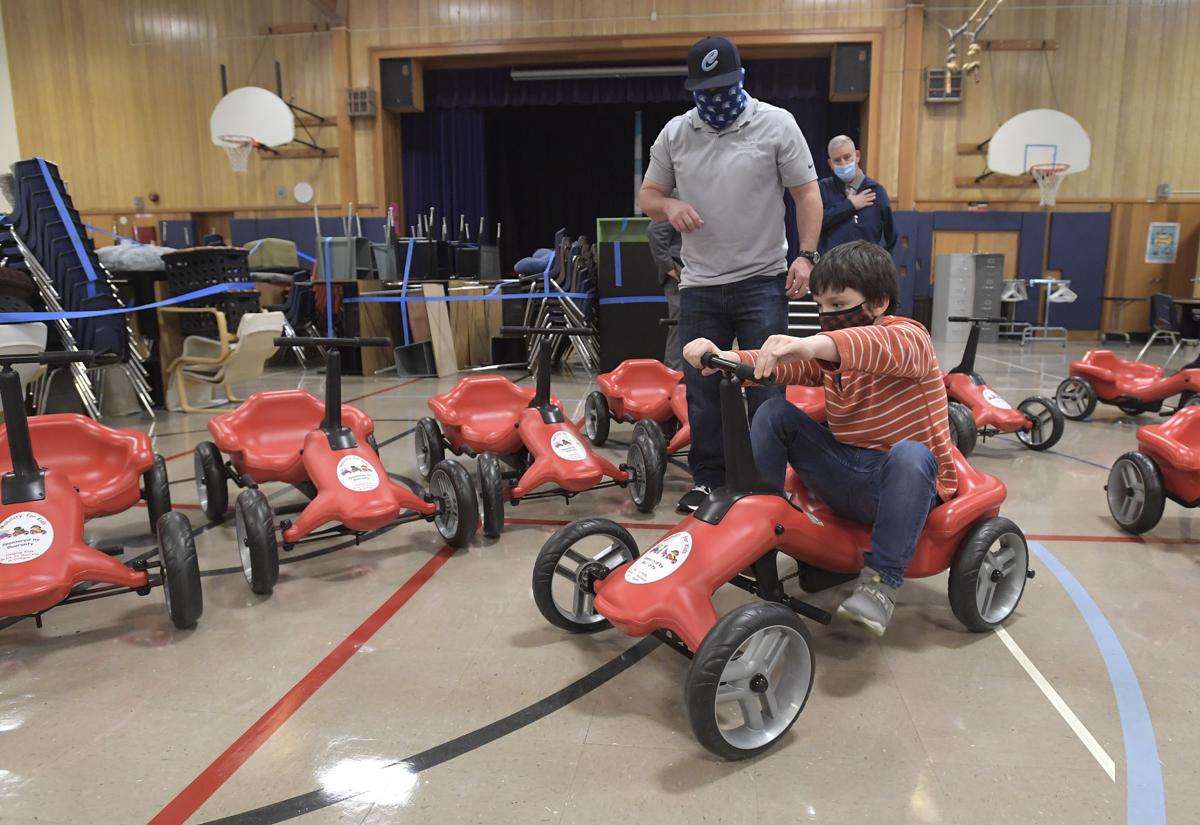 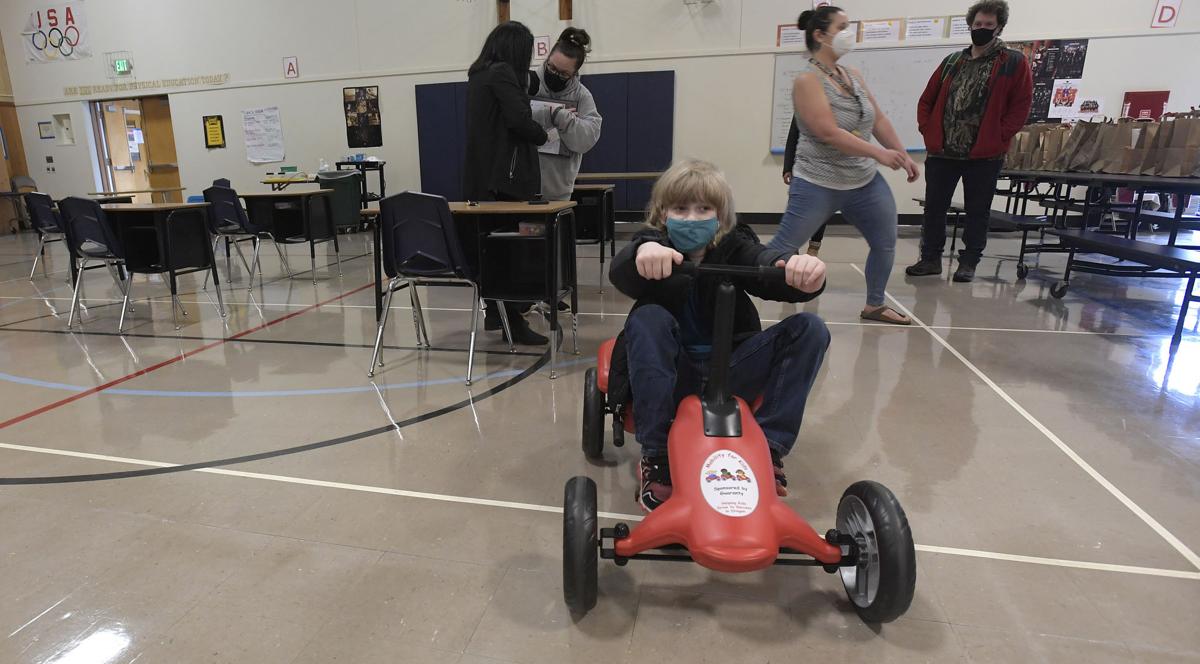 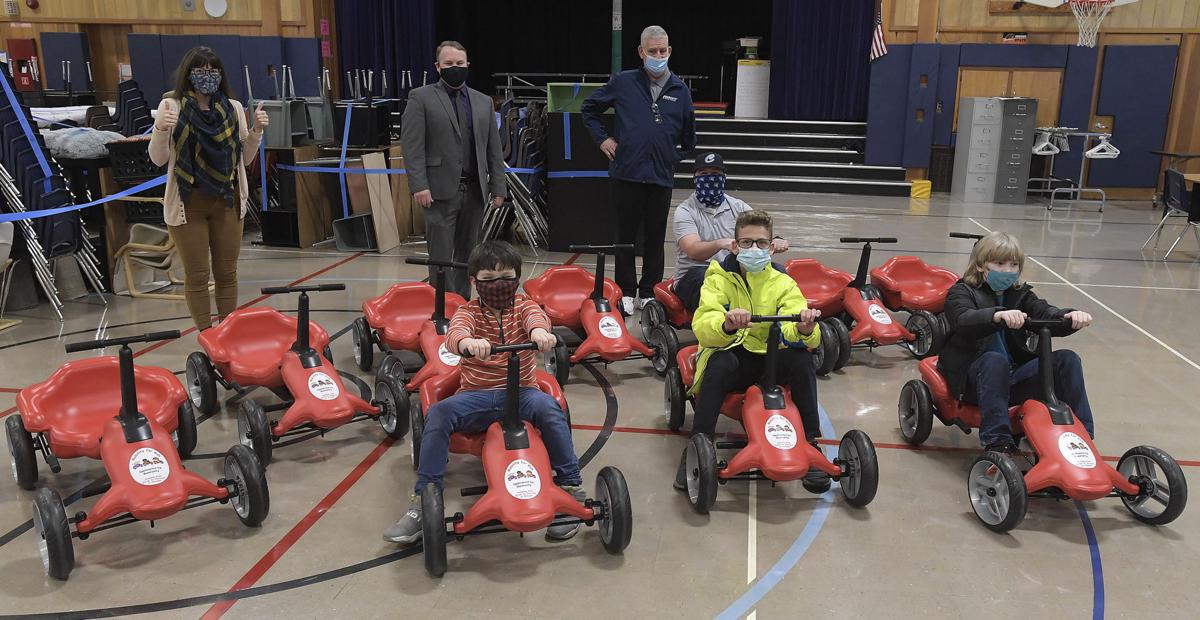 The Corvallis School District was gifted with physical education tools for students with special needs on Thursday afternoon.

“I enjoy helping kids with special needs,” said Nill, who lost an arm as a teenager due to a car accident, in a Wednesday news release. “They’re like underdogs. These Pumper Cars give them the chance to play with their friends, exercise and have the fun they deserve.”

Nill joined forces with advocacy group Mobility for Kids, which has a goal of providing every school, children’s hospital and summer camp nationwide with at least two pumper cars.

On Thursday, he and Lara Arkin, director of outreach of Mobility for Kids delivered 10 pumper cars to the district at Jaguar Elementary School, where face mask-clad kids tested out the new gadgets.

“It’s a really cool donation for this district,” said Arkin in a phone call with the Gazette-Times. “It definitely increases the value of the district to have something like that.”

Nill also donated pumper cars to the Eugene School District earlier this fall. According to the news release, families of kids with special needs may reach out to their district to check out pumper cars, much like borrowing a library book.

When schools are physically back in session, the pumper cars will be integrated into physical education classes.

CSD in an open letter requested donations totaling 65 pumper cars on Feb. 3 for use at each of the schools. Nill’s donation is the first fulfillment of that request.

“Research supports that motor activity improves overall health and quality of life,” wrote district Special Education Coordinator Sabrina Alexander. “With the right tools, this can be provided in an inclusive manner … We anticipate students with a variety of needs and diagnoses will benefit greatly from riding these cars.”

The Corvallis School District is continuing to make progress on construction and renovations following the passing of a 2018 bond measure.

Students in the Corvallis School District will not be returning to the classroom until at least January, according to a districtwide email sen…

“There’s nothing like talking to real people,” said Lifegate Christian School principal Charlie Cline. “This is just a year to be flexible.”

In Corvallis on Saturday, over 300 mid-valley residents — many of them children — gathered in Central Park to demonstrate their frustration with police brutality and ethnic inequities during the Kids March for Racial Justice.

Mid-valley school district leaders, in collaboration with the NAACP Corvallis/Albany Branch, signed a proclamation declaring their dedication to racial equity in the communities they serve on Thursday.