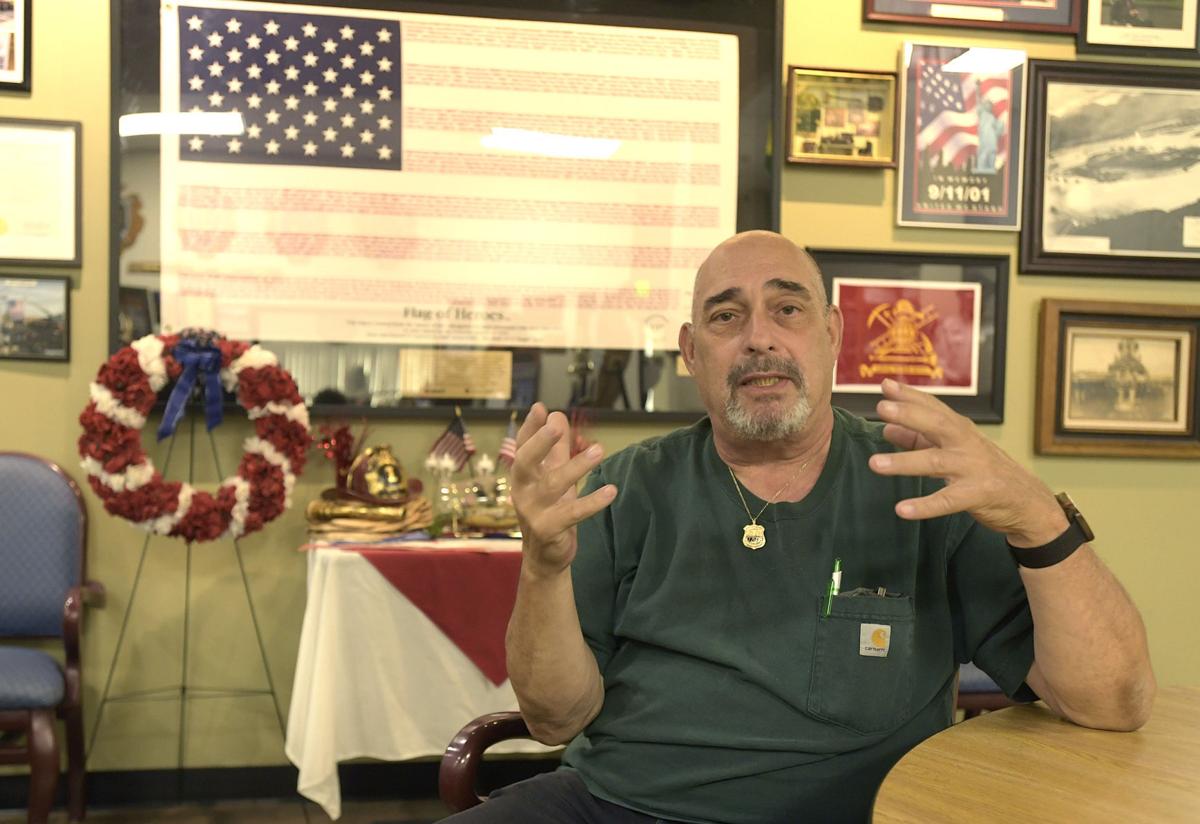 American Legion Post 10 Commander David Solomon said he crewed an ambulance on 9/11 responding to the World Trade Center before the second tower was hit. Solomon said that then Mayor Rudy Giuliani personally gave him the cloth flag with the names of 9/11 victims that is on display at the Albany legion hall. To see a video check out our websites. 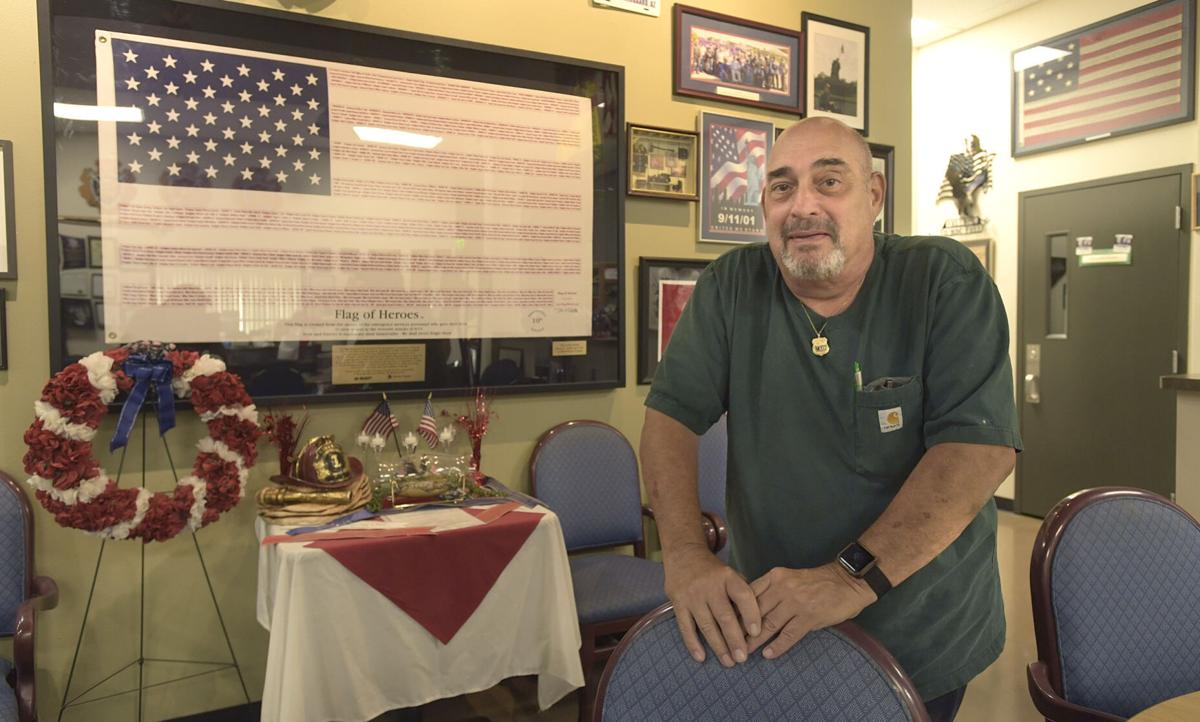 American Legion Post 10 Commander David Solomon is keeping the memories of 9/11 alive with a display at the legion hall in Albany.

Memories of Sept. 11, 2001 are cemented into the minds of Americans everywhere. But those memories aren’t as vivid and emotional for the average citizen as they are for the first responders from that day.

David Solomon was working as a crew chief on an ambulance in New York City. He remembers getting a call from dispatch that a plane had hit the North tower of the World Trade Center. He said his crew assumed it was a small plane. Solomon could have never imagined what he was about to see.

“We pulled up, there were bodies, there were people jumping … it was really bad,” Solomon said.

He added that he saw a couple holding hands jumping out of the building.

Solomon is the commander of American Legion Post 10 in Albany. He will never forget what he experienced on 9/11 and he hopes Americans won’t either.

Pieces of cement were falling as Solomon walked through soot and asbestos. Bodies were piling up. He felt helpless as he took in the immense amount of damage and death.

“I couldn’t help more people,” he said. “You never want the feeling that you didn’t help enough. That was the feeling I was left with.”

One of Solomon’s medic students, a teenager named Richard Pearlman, went back into the towers three times. Solomon tried to get him to stop. But he wouldn’t.

“I told him to get out of there,” Solomon said. “I think about him every single day.”

In the months that followed, he attended 63 funerals.

First responders worked to sift through the rubble to find victims. For three months Solomon worked at the scene searching for remains. He was exposed to chemicals that made it hard to breathe. He added that there were multiple canines helping at the scene. The last remaining dog died from cancer from being exposed to those chemicals.

“I lived the nightmare for the next three months looking for survivors and body parts so families could get closure,” he said. “There is so much more that I'm begging people and children to please never forget that day.”

His wife Linda didn’t even know where he was the first three days. When he was finally able to go home, people lined the streets with signs supporting the first responders. Now, 20 years later, Solomon said the tone surrounding 9/11 is different.

“Twenty years later, it’s like they forgot,” he said. “They forgot.”

Solomon is organizing the annual American Legion Post 10 Sept. 11 memorial. The memorial will start at 8:46 a.m. to represent the time the first plane hit the North tower. The event will include a fly over from the United States Air Force and a 21 gun salute.

He urges people to remember the significance of 9/11. Solomon hopes that today’s children are still learning about the events of that day in school.

The United States and mid-Willamette Valley residents came together to try and help in any way they could in the aftermath of the Sept. 11, 20…

Hundreds gather in Linn County for 20th anniversary of 9/11

American Legion Post 10 Commander David Solomon said he crewed an ambulance on 9/11 responding to the World Trade Center before the second tower was hit. Solomon said that then Mayor Rudy Giuliani personally gave him the cloth flag with the names of 9/11 victims that is on display at the Albany legion hall. To see a video check out our websites.

American Legion Post 10 Commander David Solomon is keeping the memories of 9/11 alive with a display at the legion hall in Albany.