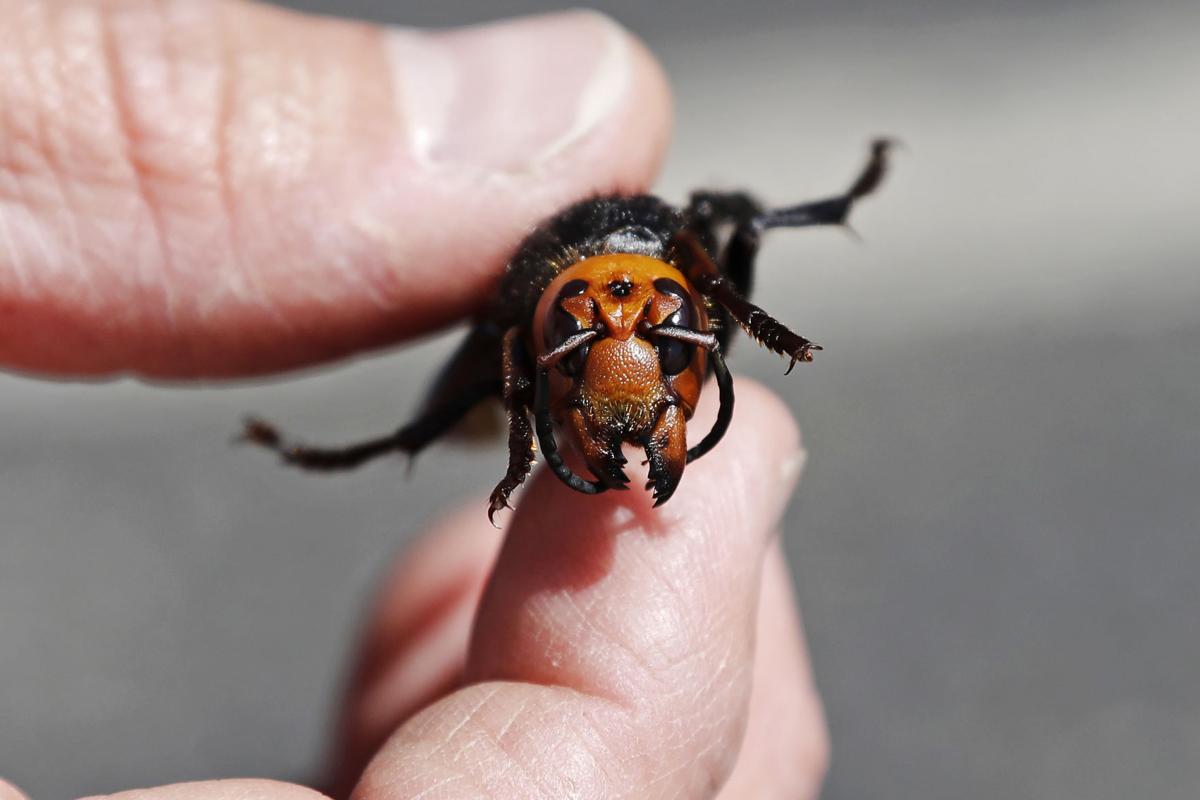 In this May 7, 2020 file photo Washington State Department of Agriculture entomologist Chris Looney displays a dead Asian giant hornet, a sample brought in from Japan for research in Blaine, Wash. 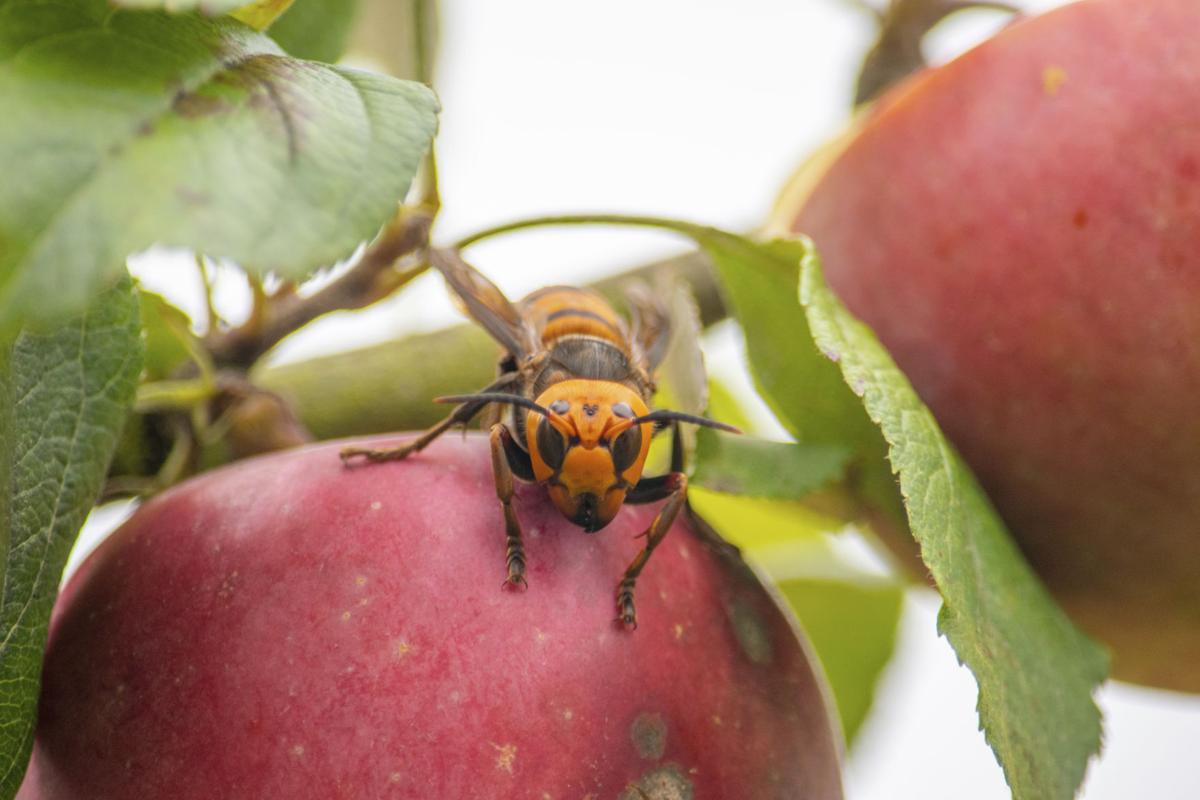 Oregon scientists are bracing for a potential invasion; not of people but of winged creatures. The so-called “murder hornets” that made international news in late 2019 and early 2020 — before COVID-19 came to dominate our lives — are still very much a concern.

“We want people to not to be so freaked out that they are killing beneficial insects,” Melathopoulos said of why he strays away from the term. “There is no cause for alarm but a cause for vigilance.”

Not that these bugs haven’t earned their name.

Not only are they far more dangerous to people than the typical wasp or hornet, giant Asian hornets really get their murderous nickname from the havoc they wreak on honeybee colonies.

The hornets feast on honeybees, posing a large threat to these crucial pollinators.

In Asia, where the hornets originate, honeybees have developed defense mechanisms to survive a hornet attack. Basically, they swarm toward the hornet and their combined body heat actually cooks the predator alive.

Bee populations in the Pacific Northwest haven’t had to contend with these hornets long enough to develop such defenses.

“Our bees don’t do that,” Melathopoulos said. “They sit at the entrance to the nest and try to fight them off and these hornets just lob their heads off until there are no more left to defend the nest, and then they go in and eat the nest out.”

This is the real danger that the giant hornets pose to Oregon, which relies on these pollinators for agriculture. Local bee populations have already been threatened by industrialization and climate change.

“In the mid-valley, we have orchard crops and also seeds like radish seeds and cabbage seeds — all of these require bees for pollination,” Melathopoulos said. “Over years, beekeepers have worked double-hard to keep their colony numbers up. But having one more problem on top of all the problems that they face, it will make it even harder and could impact their livelihood.”

So far, no giant hornets have been found in Oregon. Most populations have been spotted in British Columbia and Northern Washington. But the fear that they could easily migrate to Oregon is a real one.

It’s not like these flying bugs would traverse the hundreds of miles between the Canadian border and the Willamette Valley. Rather, they could easily hitch a ride on the back of a truck or train that’s carrying timber or agricultural goods from up north.

“We should be very careful moving things in the fall down here in terms of firewood and hay,” Melathopoulos said.

Both Washington and Oregon recommend that people who come across a suspected giant hornet nest avoid agitating them. While these giant hornets are actually less aggressive than, say, yellow jackets, they can become defensive if people wander too close to their nests or attempt to remove their hives.

That can lead to dangerous and venomous retribution, as these hornets don’t die after one sting like other stinging insects might. A stinging swarm can be lethal.

But people should not try to squash them themselves, Melathopoulos said. For one, you risk enraging the colony. For another, you may be killing innocent bugs that are helpful pollinators.

“Just take a picture and don’t overreact,” Melathopoulos recommended. “Take a picture, and send it to (Oregon Department of Agriculture) or OSU Extension Service. Then we can really look into and deal with … this problem.”

Troy Shinn covers healthcare, natural resources and Linn County government. He can be reached at 541-812-6114 or troy.shinn@lee.net. He can be found on Twitter at @troydshinn.

Humans aren’t the only ones that got sunburnt during the heat waves this summer — so did Oregon’s trees. The evidence of the “sun scald” can b…

A Multnomah County judge has rejected a demand to temporarily halt Oregon’s post-wildfire salvage logging and reforestation efforts. That mean…

Preservation work at the Longbow Organization Camp near Cascadia is keeping the nearly century-old site looking like new. The camp, built by t…

It’s not every day that most people have an opportunity to ride in a monster truck. The world looks a lot smaller, a lot more crushable from 1…

As the executive director of Oregon Tradeswomen, Kelly Kupcak wants to see other women — and people of color — have the same opportunities for…

In this May 7, 2020 file photo Washington State Department of Agriculture entomologist Chris Looney displays a dead Asian giant hornet, a sample brought in from Japan for research in Blaine, Wash.