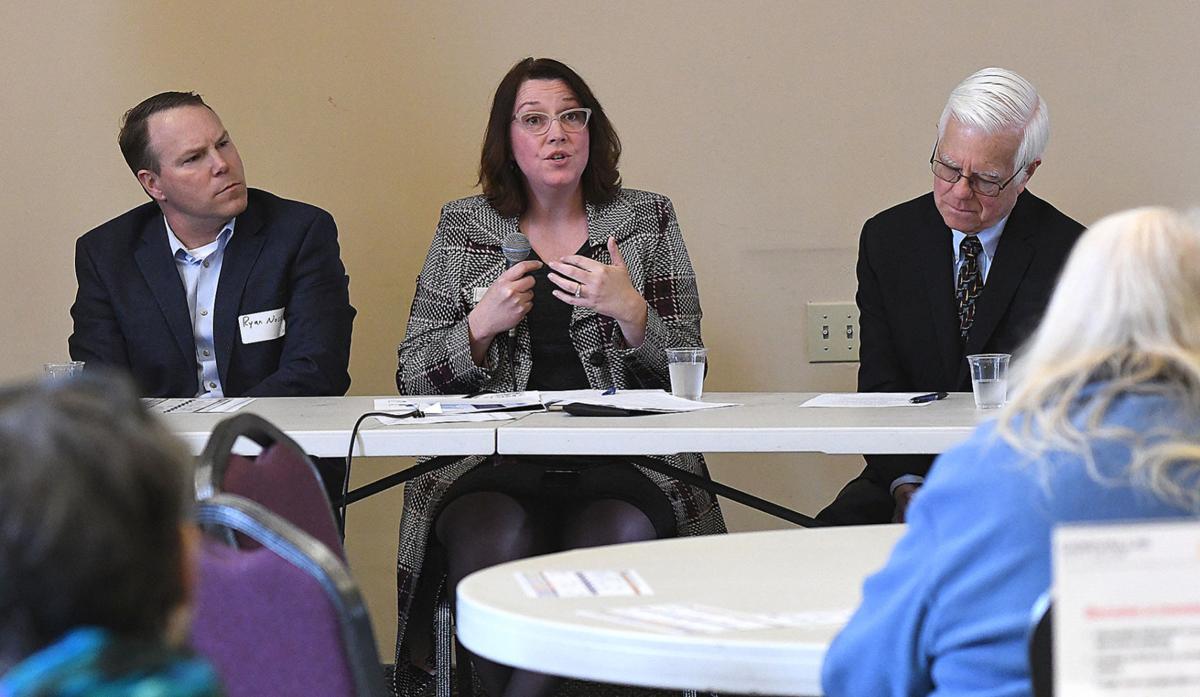 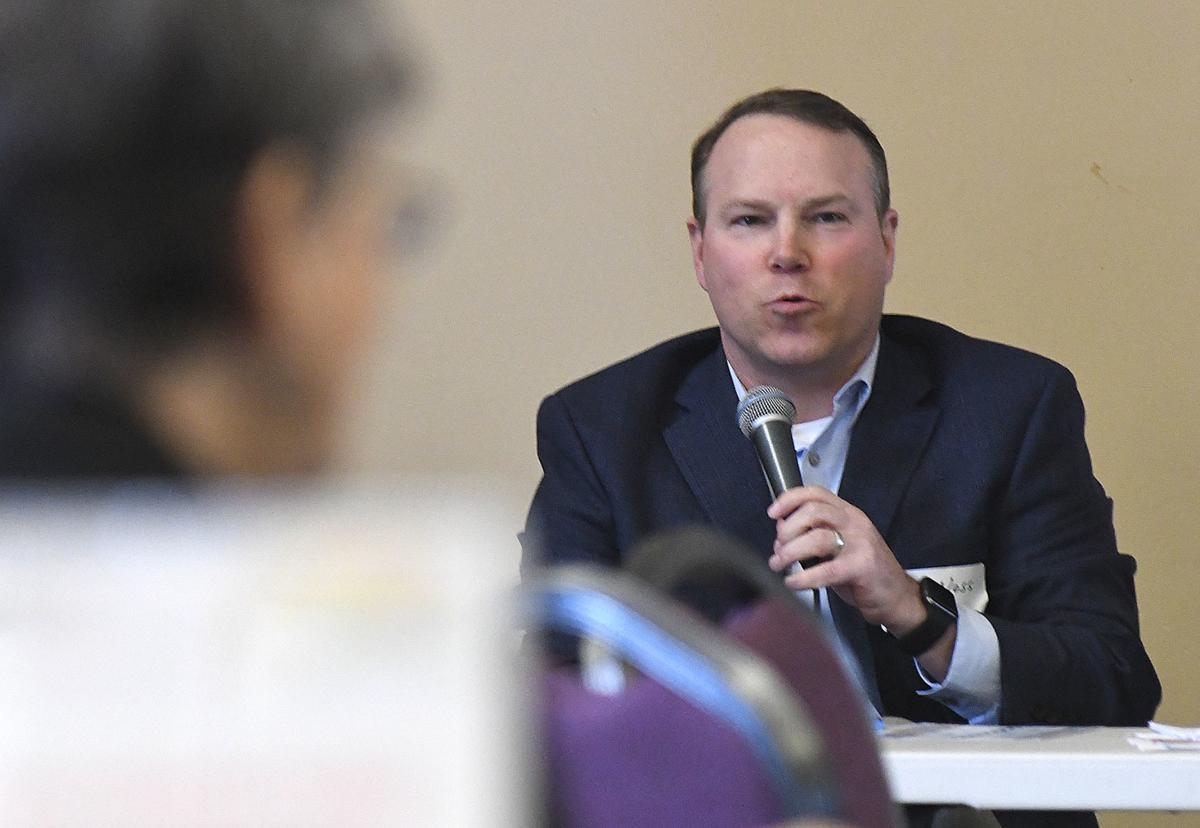 Corvallis schools chief Ryan Noss speaks at the "state of the city" luncheon. Moss noted that about 200 students are homeless during the course of the school year. 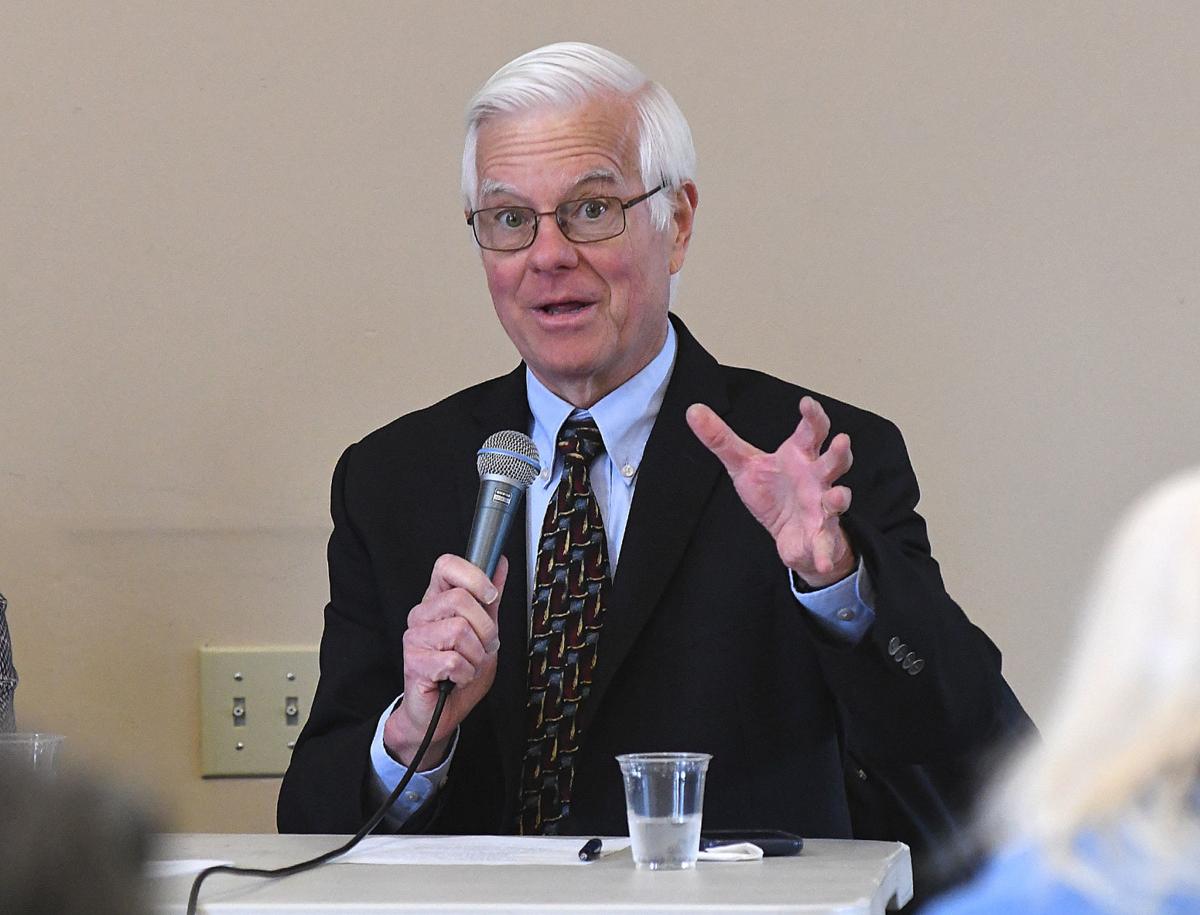 Corvallis Mayor Biff Traber speaks at the "state of the city" luncheon. Traber noted successes the city has had in tackling revenue issues in recent years. 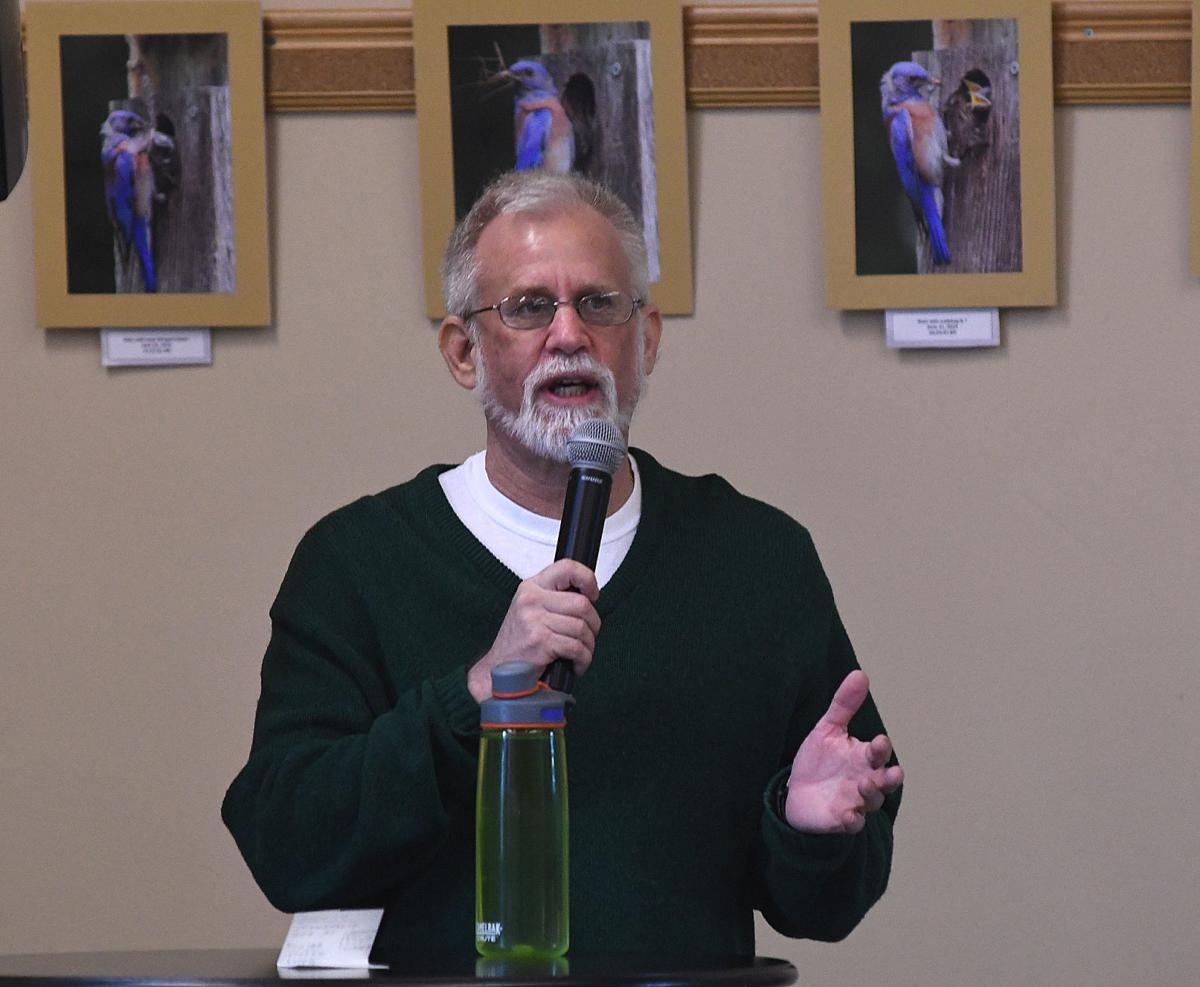 The “state of the city” these days in Corvallis seems to point increasingly toward one word: housing.

Other topics were raised in the 75-minute event, but it was housing that dominated. Traber admitted to struggling with how to name the problem.

“We’ve got to figure out some better way to describe this,” said Traber, who is in the second year of his second four-year term. “It’s not just a low-income affordable housing problem. We just don’t have enough inventory and many folks who work here would prefer to also live here but they can’t find housing.”

Traber also noted the impact of Corvallis’ student population on the issue. Oregon State University’s enrollment has risen at twice the rate of the development of large student housing complexes such as the Retreat and Domain Corvallis, Traber said, with the result being that students are competing with families for the scarce supply.

And it makes more economic sense to rent a five-bedroom unit to five students for $600 per bed room than it is to convince a family to pay $3K for the same house.

During the question and answer period former long-term Corvallis Councilor Mike Beilstein asked the panel what government can do, if anything, to force developers to build more modest-priced units.

“Can we take the housing industry out of the hands of capitalist sources and put it more in the hands of those who are more deserving?” Beilstein asked.

Traber agreed with Beilstein on the nature of the problem, although he noted he and Beilstein are not in sync on the underlying causes.

“We don’t want expensive housing to be the only kind of housing that gets built,” said Traber, who also noted city efforts to increase the amount of land that is zoned for high-density residential, which generally produces more affordable units.

Traber added that some zones also require a mixture of housing types, which also offers hope for more affordable units.

Porsche, who formerly worked on Albany’s urban renewal district in the downtown area, noted that one of the successes of that city’s efforts was to marry up federal tax credits with urban renewal money to give downtown housing a boost.

And downtown housing, Traber and Porsche said, offers other benefits, such as encouraging local businesses and reducing greenhouse gas emissions.

Inside the boundary is a 66-acre swath of land along Highway 99W that has been rezoned for high-density housing. Also, urban renewal backers hope to include housing as a component of a proposed neighborhood town center.

Porsche said that the 2020-21 fiscal year will be the first one in which urban renewal funds will be available and that projects hoping to benefit are likely years down the road.

Housing also is an issue for Noss and the school district. The superintendent noted in his opening remarks that during the course of the school year approximately 200 students will be homeless, couch surfing or otherwise in insecure housing situations.

Noss also is challenged by the same commuting issue that Traber discussed. The district employs approximately 900 people. Many of them do not live in the district.

“It is a concern that has come up and continues to come up,” said Noss, who noted the advantages of living in the community for teachers and other employees. The housing issue “is a barrier for some,” he said.

Noss also noted some practical challenges to having employees living outside the district. During occurrences such as last April’s flooding that closed Highway 34 “we have to make sure our employees can get to work.”

Get Government & Politics updates in your inbox!

Stay up-to-date on the latest in local and national government and political topics with our newsletter.

Under the shadow of the coronavirus, two massive student housing construction projects are nearing completion in Corvallis.

Corvallis schools chief Ryan Noss speaks at the "state of the city" luncheon. Moss noted that about 200 students are homeless during the course of the school year.

Corvallis Mayor Biff Traber speaks at the "state of the city" luncheon. Traber noted successes the city has had in tackling revenue issues in recent years.