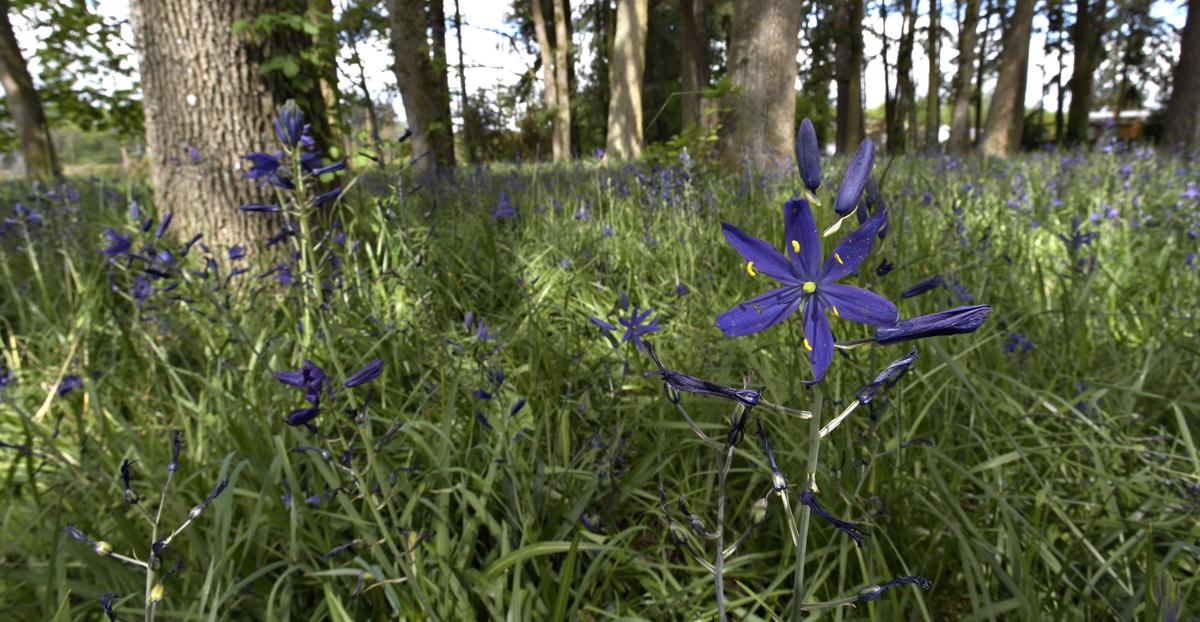 Camas Lilies bloom under the tree canopy of Hazelwood Park in Albany. The Creating Housing Coalition is looking at acquiring the three-acre park and turn it into a tiny house community. 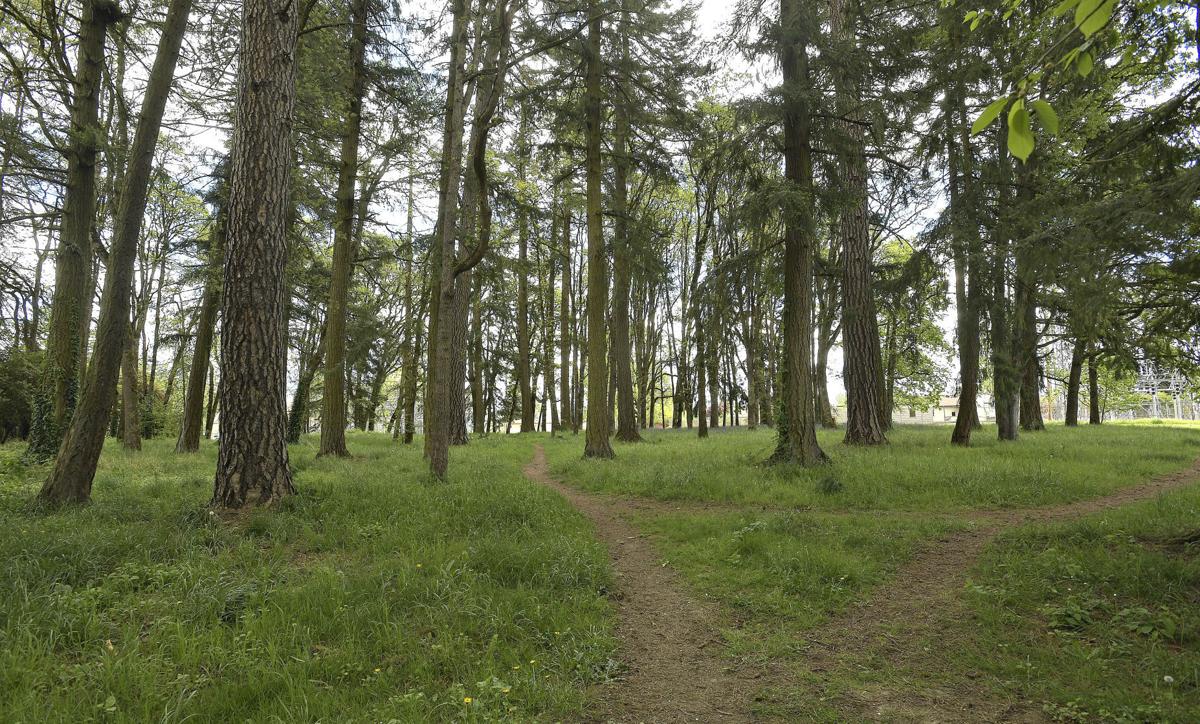 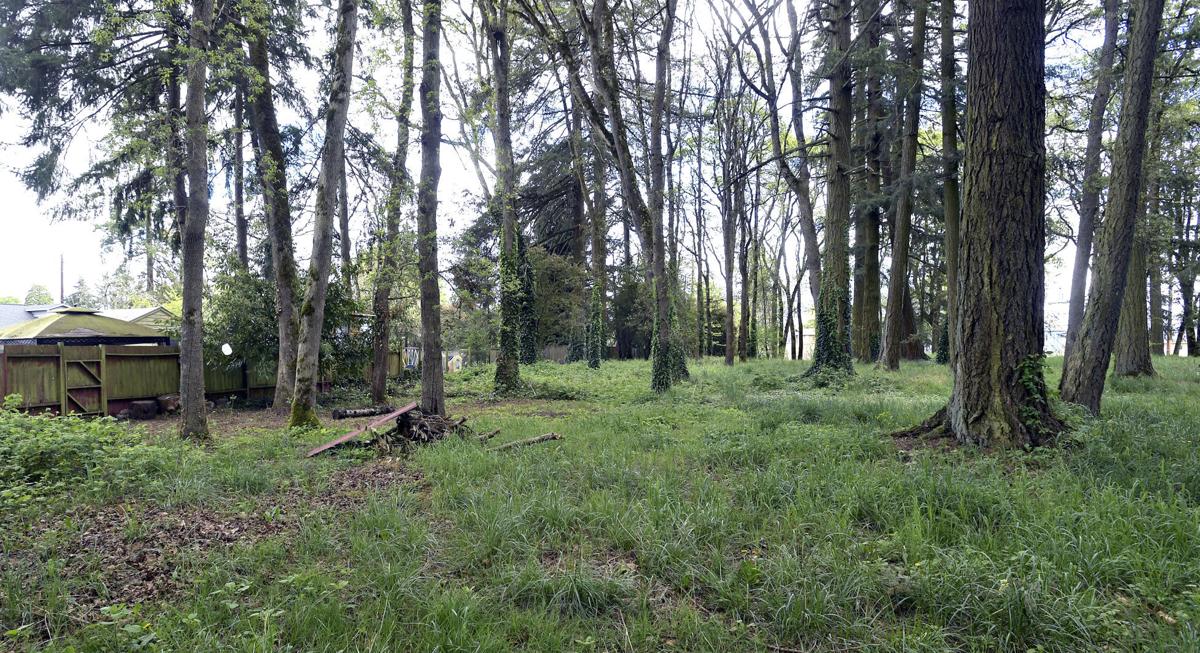 Hazelwood Park borders a neighborhood off of 17th Avenue west of Broadway Street. 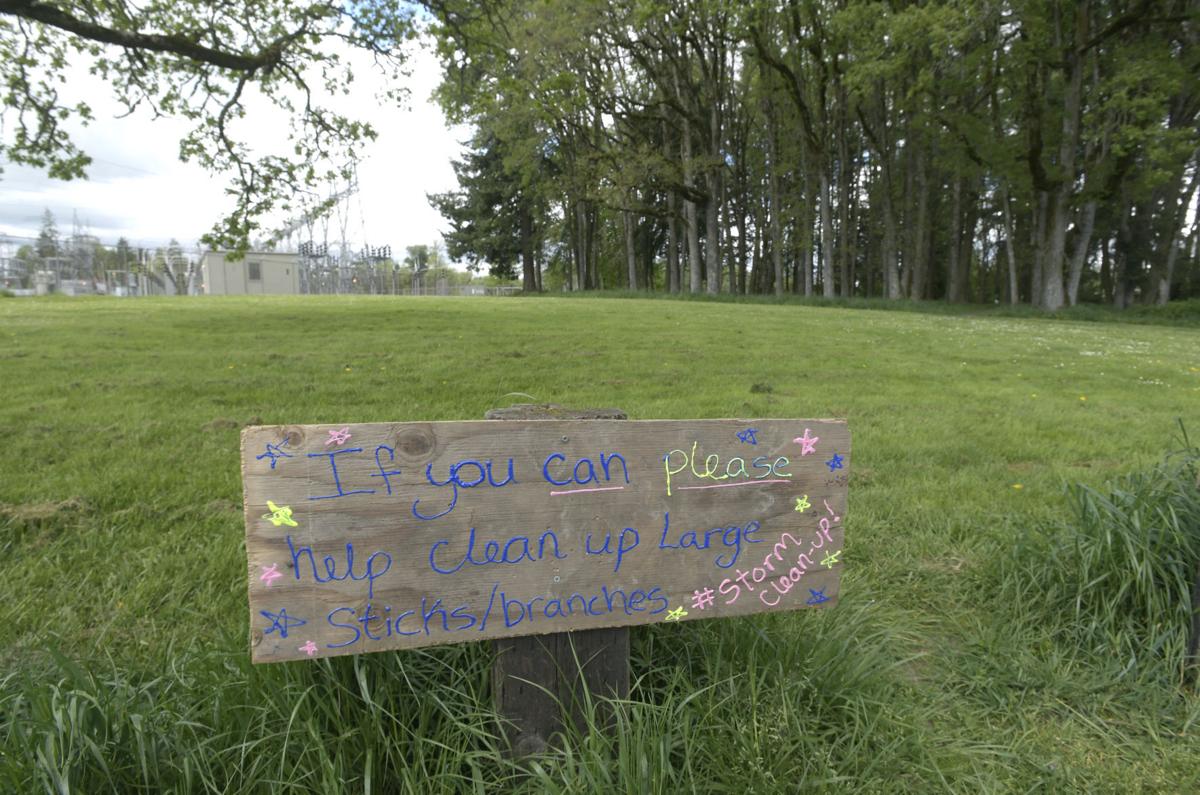 A sign encouraging visitors to help with storm damage cleanup at the small Albany park.

On April 14, the Albany City Council voted to approve a proposal by the parks and recreation department to offload land the city no longer needs.

Hazelwood Park was identified as such land and, as a result of council action, will be sold.

But the potential buyer has neighbors concerned.

In February, Creative Housing Coalition submitted a letter to the council expressing an interest in the park for its tiny home village. The project would see a few dozen tiny homes constructed to provide housing for those most in need — single mothers, those collecting social security and the unhoused who could afford a monthly payment well below market value.

The action by the council in mid-April did not sell the property to the nonprofit. Staff was directed to return in approximately three months to inform the council of potential buyers.

Neighbors expressed their concern to the council via virtual meeting appearances and letters submitted to the city. And while few were in favor, the majority had questions.

"Having lived in the area for a decade now there are very few services with a comfortable or efficient walking distance from this location," said neighbor Brad Wadlow. "While access to downtown is not very far the majority of food, groceries, stores, pharmacies and other services are a considerable distance from the proposed location. I know that not all of the individuals will be without transportation, but I do see it as a legitimate concern."

Lacey Bergevin, a resident of the nearby neighborhood, said she also had concerns over transportation for residents of the tiny village and was worried about home values of the project were to purchase the land.

"Of course, we are also worried about our real estate property decreasing if this plan is approved," she wrote. "Nobody who has worked hard to live in a nice, safe neighborhood wants the possibility of low-income housing to threaten their investments."

She went on to say she did support finding a solution to housing the unhoused.

"I do want to add that I support the idea of the 'Hub City' because sometimes people just get knocked down and need a helping hand to get back up. I urge you to really think about a different location that will better serve the people living in that community, somewhere closer to the resources that they need."

Resident Brenda Rapp threw her support behind exploring Hazelwood Park as a location for the tiny village.

"I am delighted to hear that Albany is considering ways to house those without a place to live, as research has shown that a place to live is the first step in overcoming homelessness," she said. "I am hoping that Hazelwood Park has been thoroughly investigated as a place for a possible tiny home village."

The city would have to bring the matter of selling the property back before the council and public comment would be allowed.

And if the city did allow Creative Housing Coalition to purchase the property, additional approvals would be needed before the land could be used to build the tiny village.

If Creating Housing Coalition gets its way, people in need of homes won’t just have a day in the park — they’ll get the park.

Albany waives requirement for police chief to live in city

Albany Police Chief Marcia Harnden performed a minor miracle last weekend, given the current state of the local housing market: She found an a…

After an eight-month pause, Albany's Human Relations Commission got back to work on Tuesday, and on Wednesday, the group was given a clear mis…

Without a new revenue source, Albany will face a $5 million shortfall for the next budget cycle, City Manager Peter Troedsson warned the City …

It's a new month, but the same headaches for Oregon's Legislature.

Owners get more time to rebuild after 2020 Labor Day wildfires

As the 2020-2021 school year draws to a close, both Greater Albany Public Schools and the Corvallis School District have announced a changeove…

It takes a village to raise a child, and this summer Greater Albany Public Schools is rallying its village.

Greater Albany Public Schools disclosed on Tuesday that 8.6% of the district's in-person population is in quarantine.

Republic Services customers in Albany will be paying a little more on their garbage bill come this summer.

Camas Lilies bloom under the tree canopy of Hazelwood Park in Albany. The Creating Housing Coalition is looking at acquiring the three-acre park and turn it into a tiny house community.

Hazelwood Park borders a neighborhood off of 17th Avenue west of Broadway Street.

A sign encouraging visitors to help with storm damage cleanup at the small Albany park.