Homeless in Corvallis: Even with a trailer it's a rough life
0 Comments
Share this
{{featured_button_text}}
1 of 2 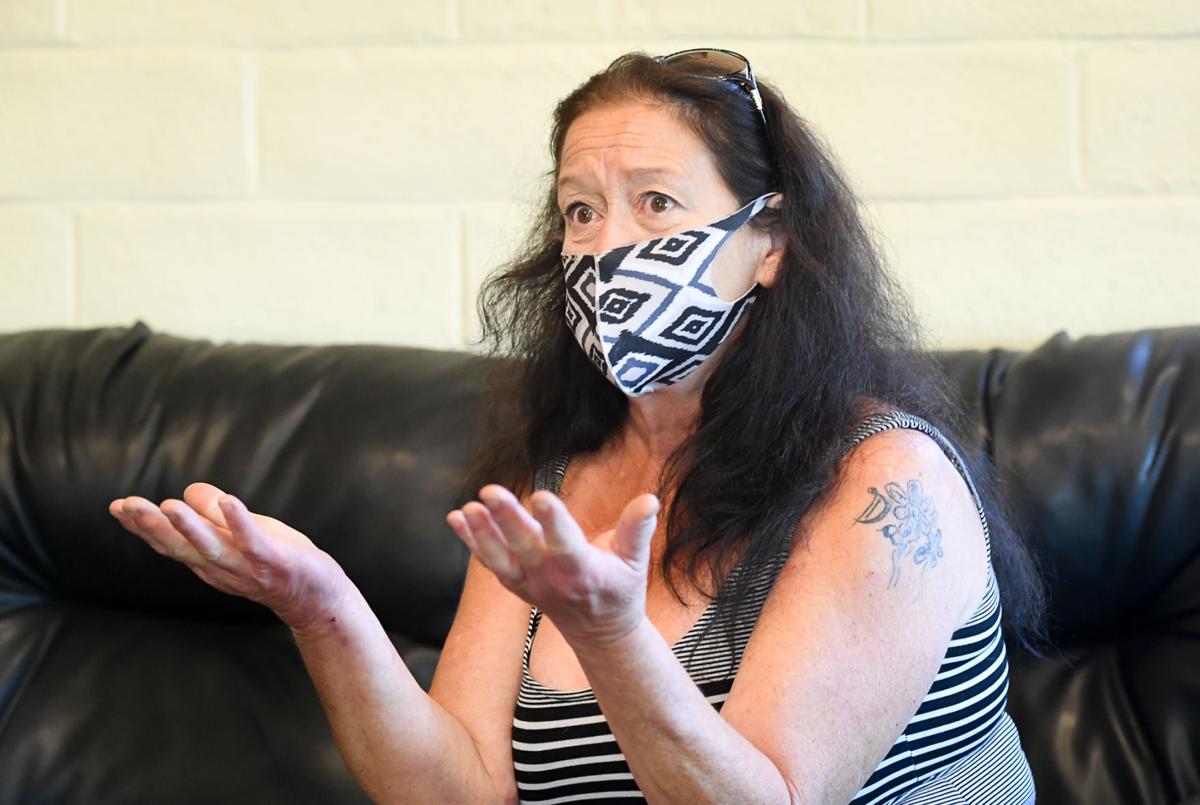 Patricia Parr talks about the the difficulty of having to move every 48 hours or so during an interview last week at the Corvallis Daytime Drop-in Center. 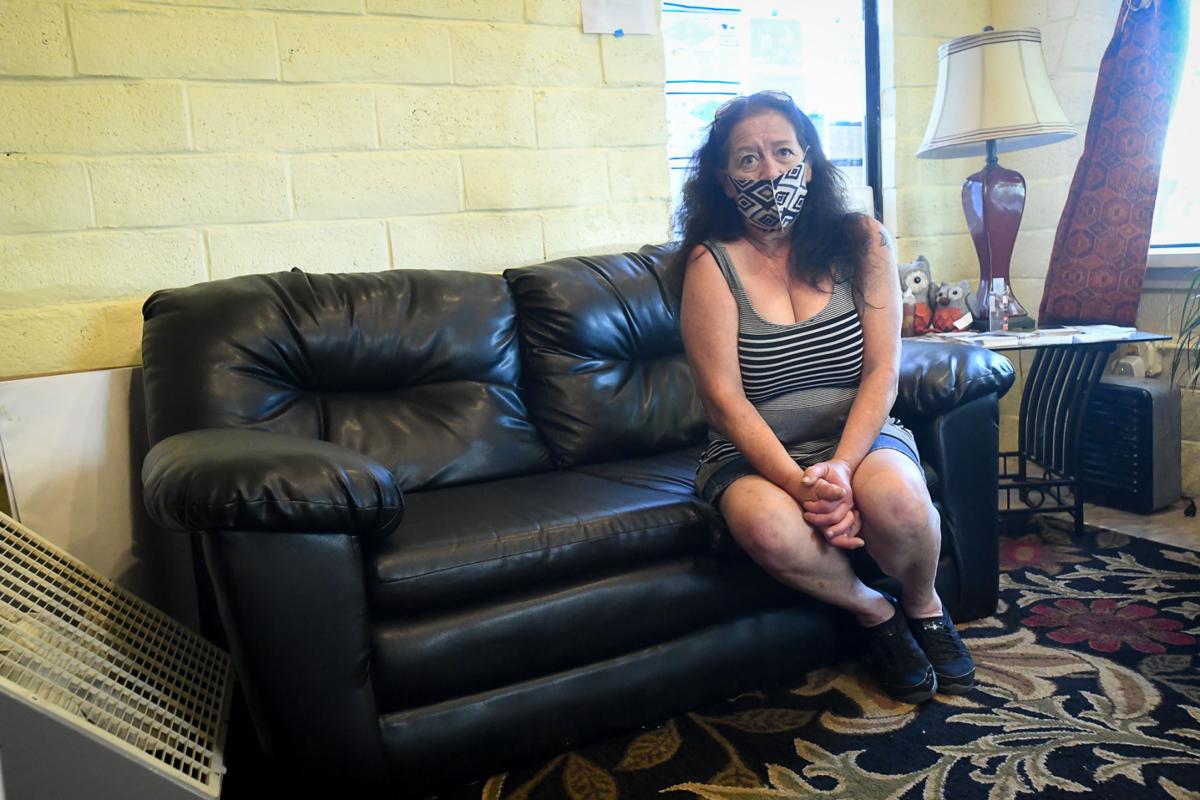 Patricia Parr, a 62-year-old homeless person, lives in a trailer with her fiance and is hoping to qualify for emergency housing assistance.

Patricia Parr became homeless in 2017. She was working as an in-home caretaker in Clatsop County when a fire broke out, destroying the residence and all of her belongings.

“I lost everything I owned from childhood,” Parr, 62, said last Wednesday in an occasionally emotional interview at the Corvallis Daytime Drop-in Center. “Photos, you name it. I lost two animals and I’ve been trying to pick up the pieces after that. It’s been a real challenge.”

Parr lives in a trailer at a Corvallis-area site. The trailer has its challenges. The bathroom doesn’t work. It also leaks and if she and her fiancé stay for any length of time in one place she has to put a tarp over it to keep out the elements.

She uses propane for heat and runs a generator for power — but said she tries to be respectful of nearby neighbors because of the noise of the generator.

“We use bathrooms in the parks,” Parr said, “but it’s going to get to the point where people are going to go on the sidewalk. When you gotta go you gotta go.”

The homeless community has been buffeted since mid-May by sweeps of illegal campsites that had not been targeted since the pandemic-fueled lockdown began in March 2020. The challenge is different for Parr, who has been living in a world in which she and her trailer are subject to relocation every two days per city regulations.

“We’re just trying to be able to stay in one place for more than 48 hours without being harassed and looked down on,” she said. “We don’t all choose to be this way.”

Parr said resources for the homeless are much more readily available in Corvallis than in Clatsop County. She gets her mail at the drop-in center, picks up monthly bags of sheets, bedding, clothes and other items at Vina Moses and raves about the quality of the cooking at the Stone Soup meal service and the food bank options.

“There are so many resources here it’s almost overwhelming,” she said. “That’s very important, very much so. And they have some great organizations here. You are able to speak to someone and they are on it right now. I can’t applaud them enough.

“These people really care for us. They don’t look down on us. They don’t think we are human waste. This could happen to someone else just as it happened to me.”

Parr receives $806 per month in Social Security benefits, not anywhere near enough to get into an apartment or even an RV park for their trailer. Her hope is to qualify for an emergency housing voucher. She notes also that there is a two-year waiting list for a federal Section 8 housing voucher.

“It’s very challenging,” she said. “I’m not sure what’s going to happen this winter. Sometimes we can’t even afford the gas to look for a place to stay. It’s very stressful.”

Parr suffers from a heart condition and admits she “had been active in the drug world, but I have been clean and sober for a while now.”

Her daughter and two grandchildren live in Albany, but Parr says relocating there is not an option. “They just got emergency housing of their own and they need their own space,” she said.

Parr thinks the city should open up the parks again.

“There aren’t a lot of people having picnics in the winter,” she said. “We’ll keep it clean. We won’t be attracting any rats. I’m not sure what’s going to happen this winter. (Expletive) happens. If the truck we use to pull the trailer breaks down and I’m broke I have to wait another month to fix it when my check comes.

Residence: Corvallis at an undisclosed campsite

Family: Two grandchildren and a daughter in Albany

Efforts by Corvallis and Benton County to provide shelter solutions for the homeless are taking shape.

Homelessness in Corvallis, a personal story

The Corvallis City Council meets Thursday with the Benton County Board of Commissioners in a 4 p.m. work session on homelessness.

City of Corvallis and Benton County officials met for 130 minutes Tuesday in a virtual work session on homelessness.

The Corvallis City Council passed a pair of motions Monday night aimed at reducing issues with restrooms in city parks.

Although there were no action items on the agenda devoted to the topic, homelessness remained the main topic for discussion at Monday night’s …

Survey: Oregonians split on whether state is on 'right track'

While half of Oregonians say the state is headed in the wrong direction, views on the state's economy have improved in recent months.

Oct. 11 might feel a little different across Oregon this year.

Patricia Parr talks about the the difficulty of having to move every 48 hours or so during an interview last week at the Corvallis Daytime Drop-in Center.

Patricia Parr, a 62-year-old homeless person, lives in a trailer with her fiance and is hoping to qualify for emergency housing assistance.