JFK memories: ‘It's going to be a beautiful day, Mr. President’
Share this
{{featured_button_text}}
1 of 4 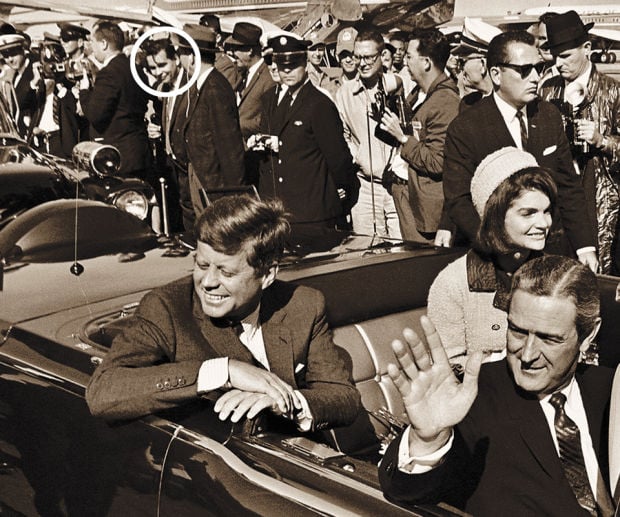 A circle surrounds the face of Theron Burgess, now a Corvallis resident, who was on the White House communications staff and was present when this photo was taken as President John F. Kennedy, first lady Jacqueline Kennedy, and Texas Gov. John Connally left Love Field on Nov. 22, 1963, less than an hour before the president’s assassination. (Tom Dillard | Dallas Morning News) 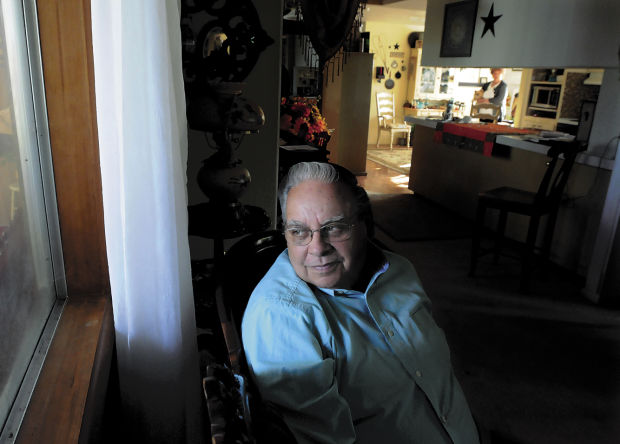 Corvallis resident Theron Burgess, photographed at his home Wednesday morning, was a communications specialist who was hired by the Kennedy administration. He was in Dallas when President Kennedy was assassinated and spoke to him the day he was killed. (Amanda Cowan | Corvallis Gazette-Times) 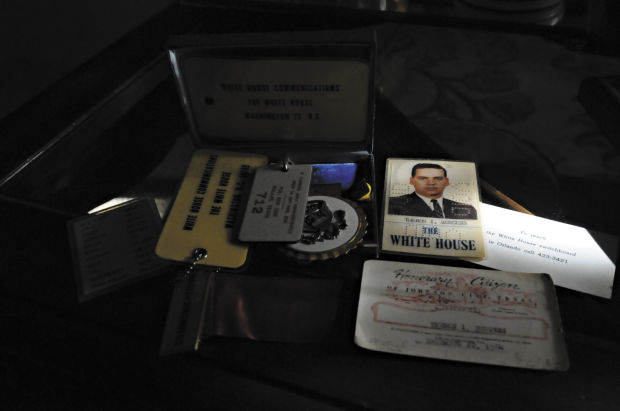 Theron Burgess still has a number of items from his time in service with President Kennedy, including his official White House identification card. (Amanda Cowan | Corvallis Gazette-Times) 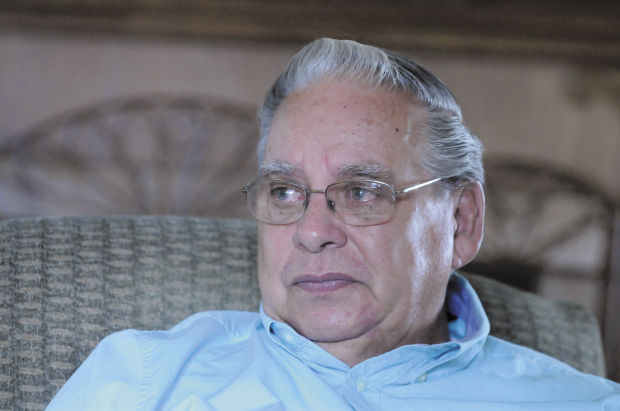 (Scroll down for videos)

A member of John F. Kennedy’s communications team, now in Corvallis, recalls his boss — and the last day he saw him

It’s been a long time, but Theron Burgess remembers.

He remembers how nervous he was, looking at the pattern on the carpet in front of the Oval Office, waiting to meet his new boss, President John F. Kennedy, in February 1962.

Then the tall, good-looking president strode out, hand extended.

“He was really personable,” said Burgess, 74, who lives about a mile east of Corvallis in Linn County. “He always remembered everyone’s name. It was always, ‘Hello, Mr. Burgess.’”

Burgess was recruited out of the Army at Fort Gordon, Ga., to join the elite White House Communications Agency about a year into Kennedy’s term in office. It was an honor for the young man from Great Falls, Mont., who underwent extensive background checks before he was hired. That was because the communications group worked and traveled closely with the president and his family.

“We had to either be ahead of the president or with him,” Burgess said.

He would help to set up transmitters the size of an old-style 25-inch television at remote locations where the president was to appear. It was his job to ensure that every telephone, two-way radio or other device the president or his men picked up was working — even when Kennedy was in a car.

For instance, Burgess was in charge of setting up communications in the fleet of Mercurys and Lincolns (some of them limos) in which the president and his staff rode — including the one in which Kennedy took his final ride on Nov. 22, 1963.

Once during a tour of the Redstone Test Center in Huntsville, Ala., Kennedy plunged past the roped-off area, into the surging crowd to shake hands.

A Secret Service agent, seeing the tall Burgess nearby, barked “You get on one shoulder, I’ll get on the other, and we’ll push him through this crowd.”

Weeks later, Burgess was in the Rose Garden when he heard “Mr. Burgess,” and turned to see Kennedy.

“Well, down there in Alabama, you sure still had a shoulder on you.”

Burgess accompanied the Kennedy family on vacations, including a trip to West Palm Beach, Fla. Long after “The Boss” was in for the night, Burgess and other staffers staying in a nearby trailer heard a knock on the door.

“It was the president and the first lady,” he said. “They had brought us a plate of cookies and some fresh fruit.”

In November of 1963, Burgess flew to Texas two or three days ahead of Kennedy to set up communications.

It was raining in Fort Worth the morning of Nov. 22, where Kennedy had started his day. But by the time Air Force One landed in nearby Dallas, the sun was out. Burgess helped to prepare the limo in which the president and his wife, Jacqueline, would ride with Texas Gov. John Connally and his wife. As usual, crowds were lining the streets, hoping for a glimpse.

“We’d had the bubble top on the limo before, but the sun had come out, so we took it off. I went over to the limo and said, ‘It’s going to be a beautiful day, Mr. President.’”

“Those were the last words I ever said to him.”

Less than half an hour later, at 12:31 p.m. CST, John F. Kennedy was fatally shot as his motorcade drove through Dealey Plaza. Gov. Connally was seriously wounded.

Burgess was ordered to Parkland Memorial Hospital, where Kennedy had been taken, to secure all open telephone lines so nobody (especially the press) could access them and speculate about the president’s condition.

Burgess recalled walking past an open door, and glancing in at a horror.

“The body of the president was on a metal table,” he said. The first lady was standing beside him, holding his hand.

His final task on that day was helping to load Kennedy’s casket onto Air Force One. He appears in several of the famous photos depicting this sad task.

A newlywed at the time, he and his wife, Barbara, saw the casket again when it lay in state in the Capitol rotunda that weekend; the state funeral was Monday.

The couple remained in Washington into early 1964, working for Lyndon Johnson, but Burgess said he didn’t feel the same about the crude-spoken Texan as he had for “The Boss.”

The couple moved back to Montana, where Burgess for many years was a radio announcer and later a business owner. They raised a family and moved to the mid-valley 14 years ago. Now a property manager, he engages in charity work through his LDS church. He recalls the assassination as the day that started to divide the nation, and that makes him sad.

“We should re-evaluate ourselves as a society,” he said. “We shouldn’t put ourselves into so many categories. We should leave this world better than we found it.”

Theresa Novak is the city editor and opinion page editor at the Corvallis Gazette-Times. She can be reached at theresa.novak@lee.net or 541-758-9527.

In late November 1963, mid-valley residents were coping with ordinary disasters. The big news in Corvallis was the fatal fire at Lipman’s down…

In October, as the 50th anniversary of one of the most wrenching moments of the 20th century approached, the Corvallis Gazette-Times and the A…

This copy of the Zapruder film was made before Life magazine damaged frames in their copy. Except for the damaged areas, the two versions are …

(best viewed in 1080pHD) ... this clip's frames have been interpolated to playback at 30 frames per second; the SloMo portion has 4 interpolat…

This museum, located in historic downtown Dallas, offers a glimpse into one of the most monumental and tragic events in U.S. history the assas…

A circle surrounds the face of Theron Burgess, now a Corvallis resident, who was on the White House communications staff and was present when this photo was taken as President John F. Kennedy, first lady Jacqueline Kennedy, and Texas Gov. John Connally left Love Field on Nov. 22, 1963, less than an hour before the president’s assassination. (Tom Dillard | Dallas Morning News)

Corvallis resident Theron Burgess, photographed at his home Wednesday morning, was a communications specialist who was hired by the Kennedy administration. He was in Dallas when President Kennedy was assassinated and spoke to him the day he was killed. (Amanda Cowan | Corvallis Gazette-Times)

Theron Burgess still has a number of items from his time in service with President Kennedy, including his official White House identification card. (Amanda Cowan | Corvallis Gazette-Times)