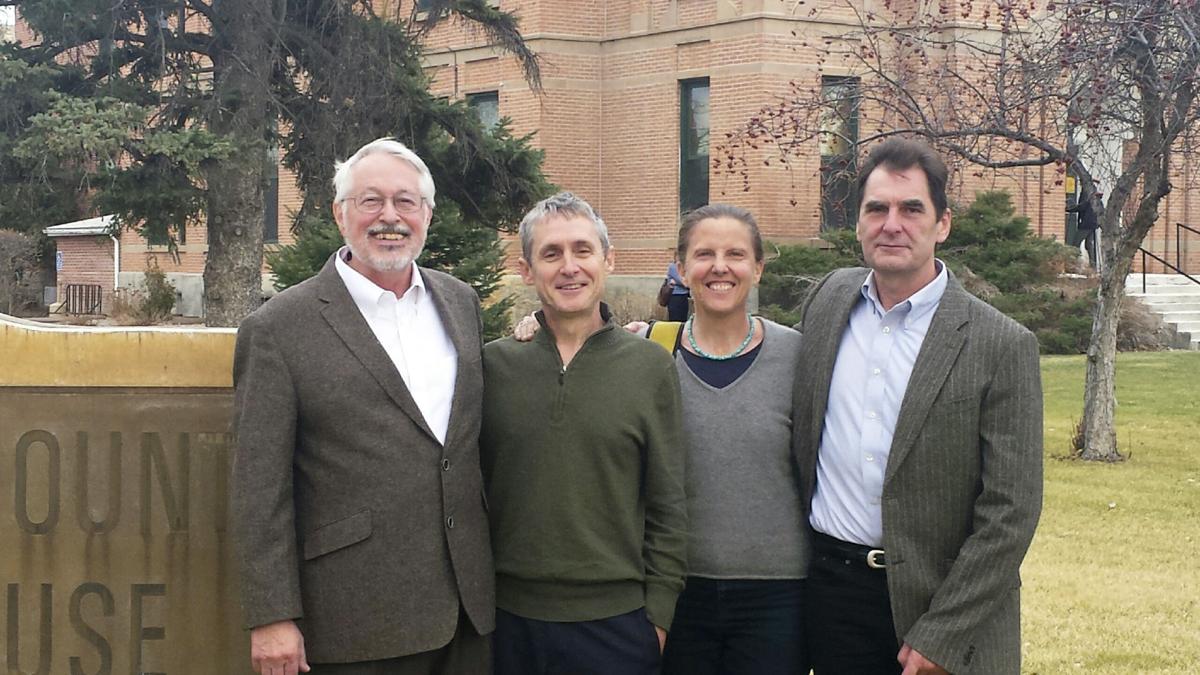 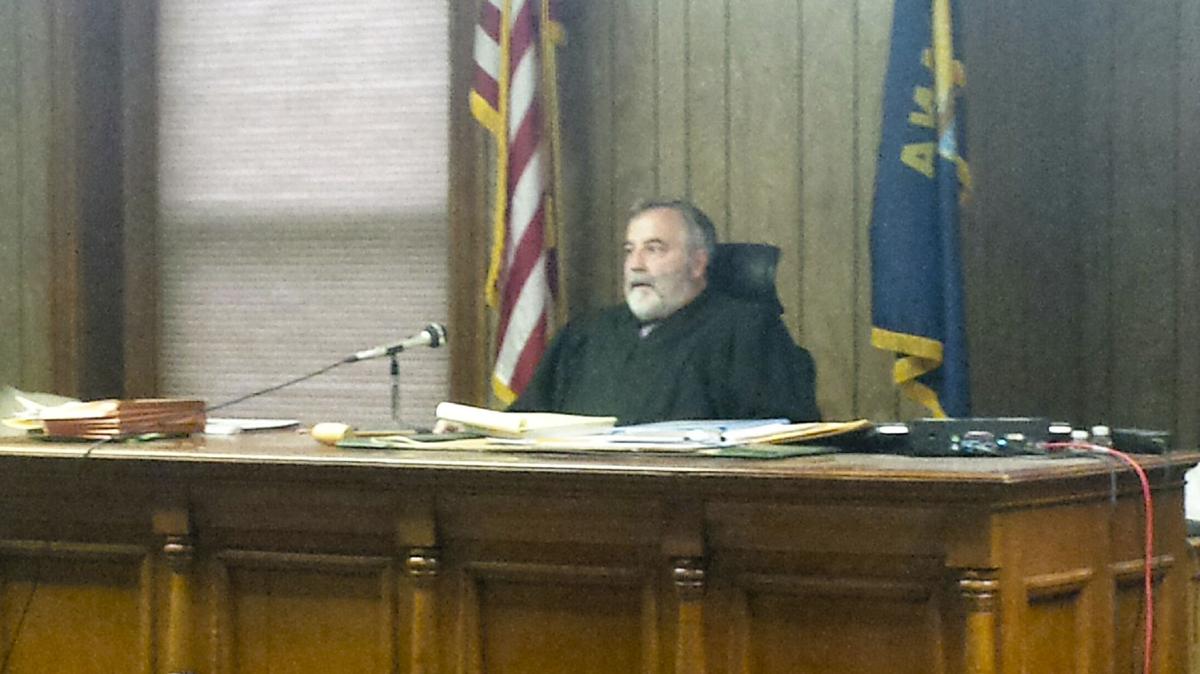 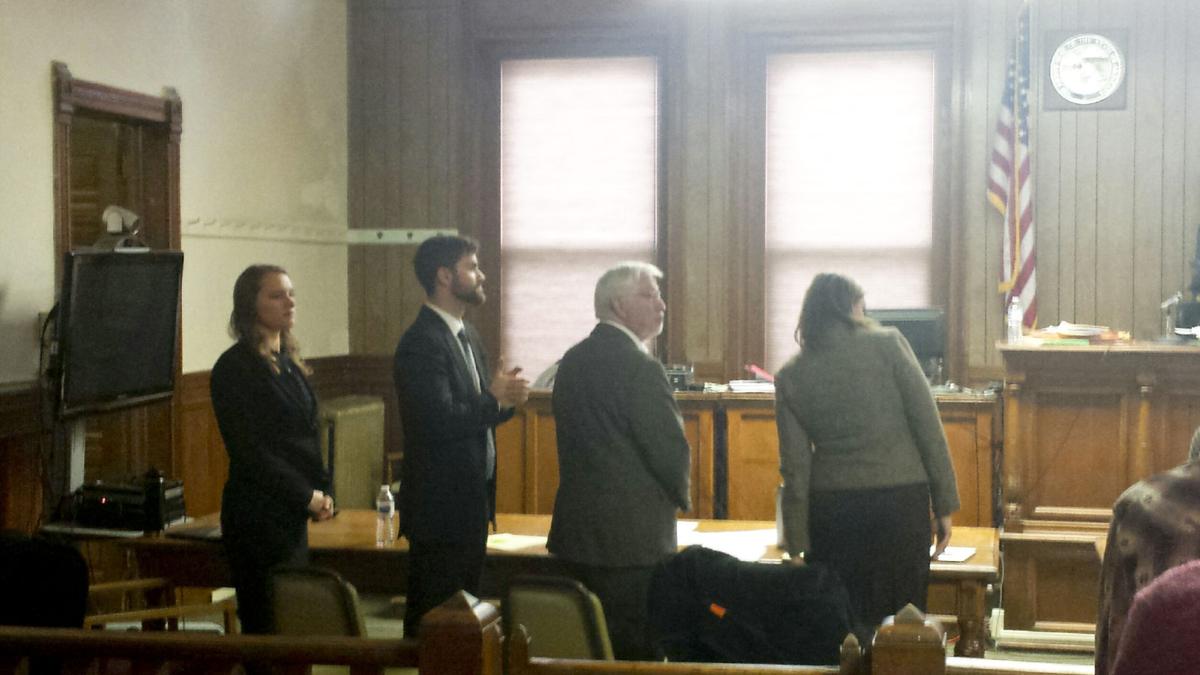 Leonard Higgins stands with his defense team in court on Wednesday. From left are Kelsey Skaggs of the Climate Defense Project; Herman Watson IV of the Watson Law Office; Higgins; and Lauren Regan of the Civil Liberties Defense Center. 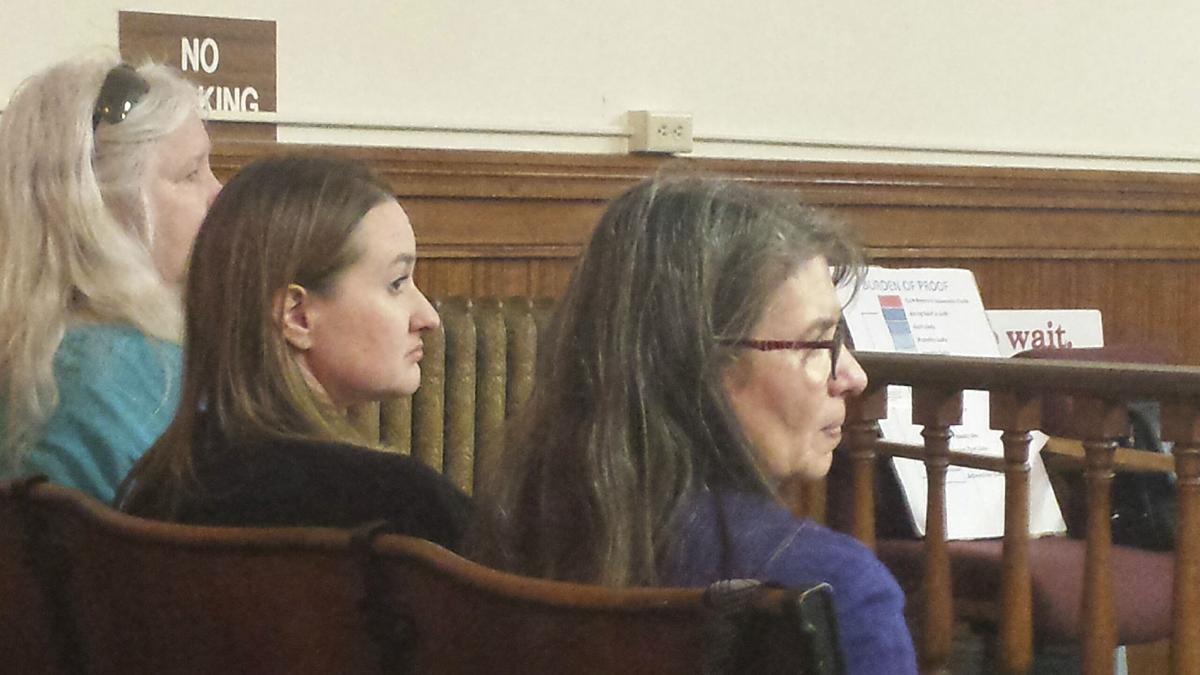 FORT BENTON, Mont. — A Montana jury took just one hour to find climate activist Leonard Higgins guilty of misdemeanor trespassing and felony criminal mischief on Wednesday for his role in the “valve turner” protest that briefly shut down the flow of Canadian crude through pipelines in four U.S. states last year.

The 65-year-old former Corvallis resident is scheduled to be sentenced Jan. 2 by Judge Daniel Boucher in Chouteau County District Court.

He faces a potential maximum penalty of 10 years in prison on the criminal mischief count.

The 12-person jury could have found Higgins guilty of a lesser charge but determined that his actions caused more than $1,500 in damage to the pipeline’s owner, Spectra Energy (now Enbridge Corp.), making the criminal mischief a felony offense.

“That’s always been the plan, and we already have the appeal written,” Watson said.

Like his four fellow valve turners, Higgins had hoped to employ a necessity defense, which would have allowed him to argue that his crimes were justified by the imminent danger to humanity of climate change caused by burning fossil fuels. Boucher denied that motion, saying that “the energy policy of the United States is not on trial.”

The trial began on Tuesday with the arguments focusing on the monetary value of the damage incurred by Spectra Energy on Oct. 11, 2016, when Higgins used bolt cutters to enter a fenced enclosure near Coal Banks Landing and close an emergency shutoff valve on the Express pipeline, which transports crude oil from Canada’s tar sands region to refineries in the United States. The company, which was warned about the action by two phone calls from Higgins’ fellow activists, had already stopped the flow of oil through the pipe.

The prosecution argued that the company’s costs were well above the $1,500 threshold because the incident occupied two supervisors and a number of technicians for all or part of a working day.

The defense conceded that Higgins destroyed chains and other equipment worth a total of $938 but insisted that the state had failed to prove beyond a reasonable doubt that he had caused any additional economic losses to the pipeline company.

Watson tried to portray his client as a principled man who felt compelled to take action against climate change, which he views as an emergency that threatens current and future generations.

Taking the stand in his own defense Wednesday morning, Higgins responded to questions from Watson about his motivation by saying, “I felt responsible to stand up for what’s right — and sometimes what’s right isn’t necessarily what’s legal.”

But when the questions turned to Higgins’ beliefs about the causes of climate change and the need to stop burning greenhouse gas-producing fossil fuels, his testimony was shut down by a flurry of objections from Chouteau County Attorney Steven Gannon.

Boucher backed him up, ruling those issues were “beyond the scope of this case.”

Gannon made that point again during his closing arguments.

“This is not about what (Higgins) believes,” he told the jury. “It’s about what he did about it.”

He hammered on the uproar caused by Higgins’ act of protest, arguing it cost the pipeline company thousands of dollars’ worth of lost productivity.

“The bottom line is they are in the business of moving oil,” Gannon said. “When the pipeline isn’t working, they’re not making money.”

In his own closing statement, Watson did his best to cast doubt on that claim. He argued that Higgins was an activist, not a vandal, and that the actual damage he caused was not enough to justify a felony charge.

In the end, the jury sided with the prosecution, returning a unanimous verdict after an hour of deliberation.

When court was adjourned, Higgins turned to embrace his eldest daughter, Sarah Robertson of Portland, and his partner, Angela van Patten of Portland, who watched the trial from the front row.

He was also greeted by about 40 fellow climate activists, many of whom had traveled from Oregon, Washington and elsewhere to show their support. Also on hand were three of his fellow valve turners: Michael Foster, Emily Johnston and Ken Ward.

Despite the outcome of Higgins’ trial, the group was upbeat afterward, singing songs, exchanging hugs and making plans to share a Thanksgiving dinner in Montana before returning to their respective homes.

Foster — who is awaiting sentencing on two felonies and a misdemeanor after his conviction last month in a North Dakota court — said there’s no reason to feel down because each trial advances the cause of combating climate change.

“We win even when we lose because we get stronger,” Foster said.

His co-defendant Reed Ingalls, who videotaped and live-streamed Higgins’ efforts to shut down the Spectra Express pipeline, also faces trial in Chouteau County on trespassing and criminal mischief charges.

A short interview of Leonard Higgins, outside the Chouteau County Courthouse on Wednesday Nov. 22nd in Fort Benton, Montana, where Higgins was…

Underwater Santa puts on a show at Seoul aquarium

Tweed proving itself as a sustainable fabric in high demand

Tweed proving itself as a sustainable fabric in high demand

Leonard Higgins stands with his defense team in court on Wednesday. From left are Kelsey Skaggs of the Climate Defense Project; Herman Watson IV of the Watson Law Office; Higgins; and Lauren Regan of the Civil Liberties Defense Center. 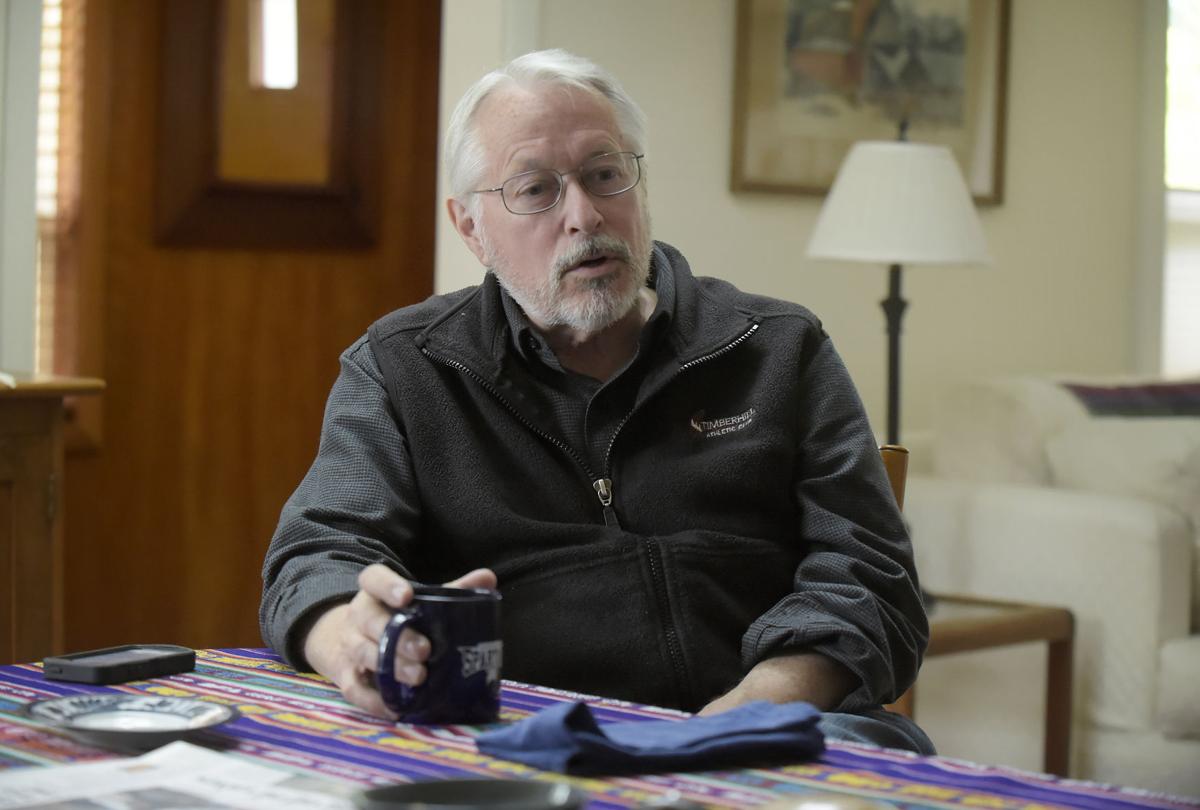 Climate activist Leonard Higgins talks about his upcoming trial for his role in the "valve turners" protest that shut down several oil pipelines last October. The former Corvallis resident was convicted on Wednesday of misdemeanor trespassing and felony criminal mischief and faces up to 10 years in prison for his actions.