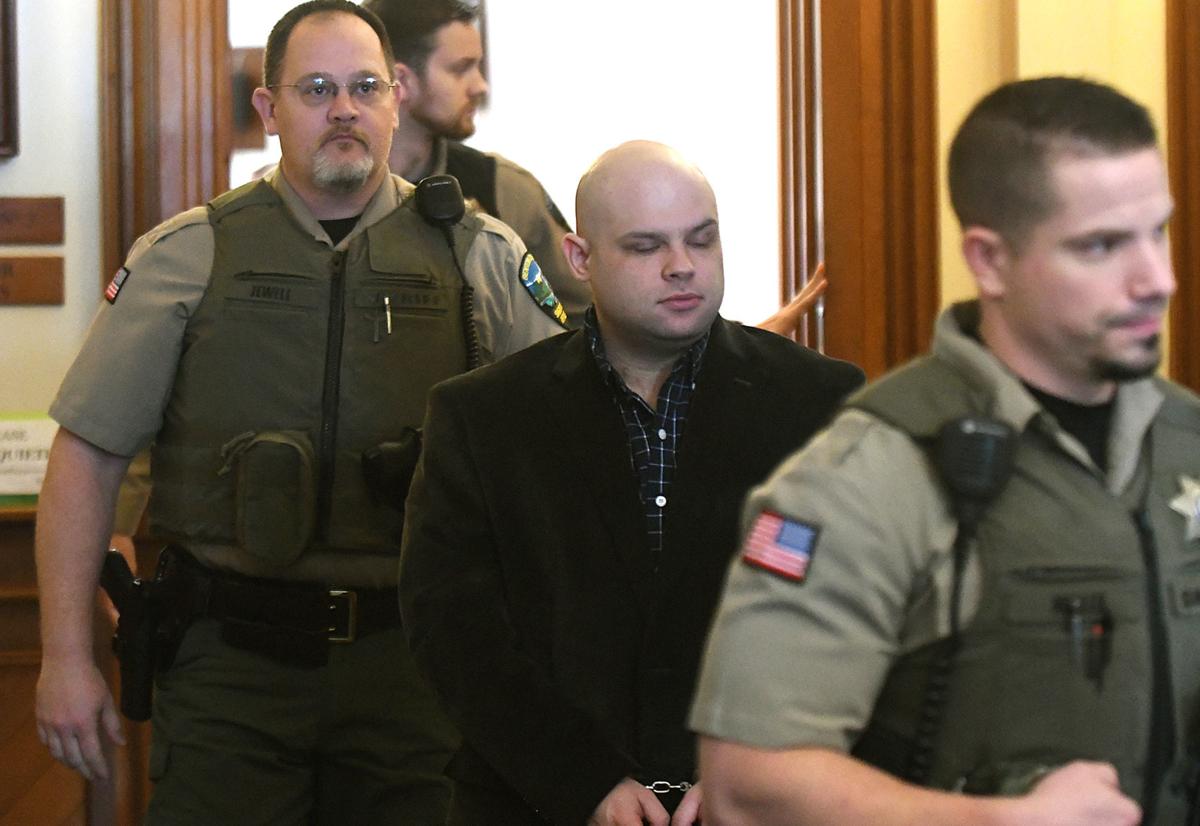 Benton County sheriff's deputies escort William Hargrove out of the courtroom Friday morning after he was convicted of murdering his fiancee, Anna Repkina, in April 2017. 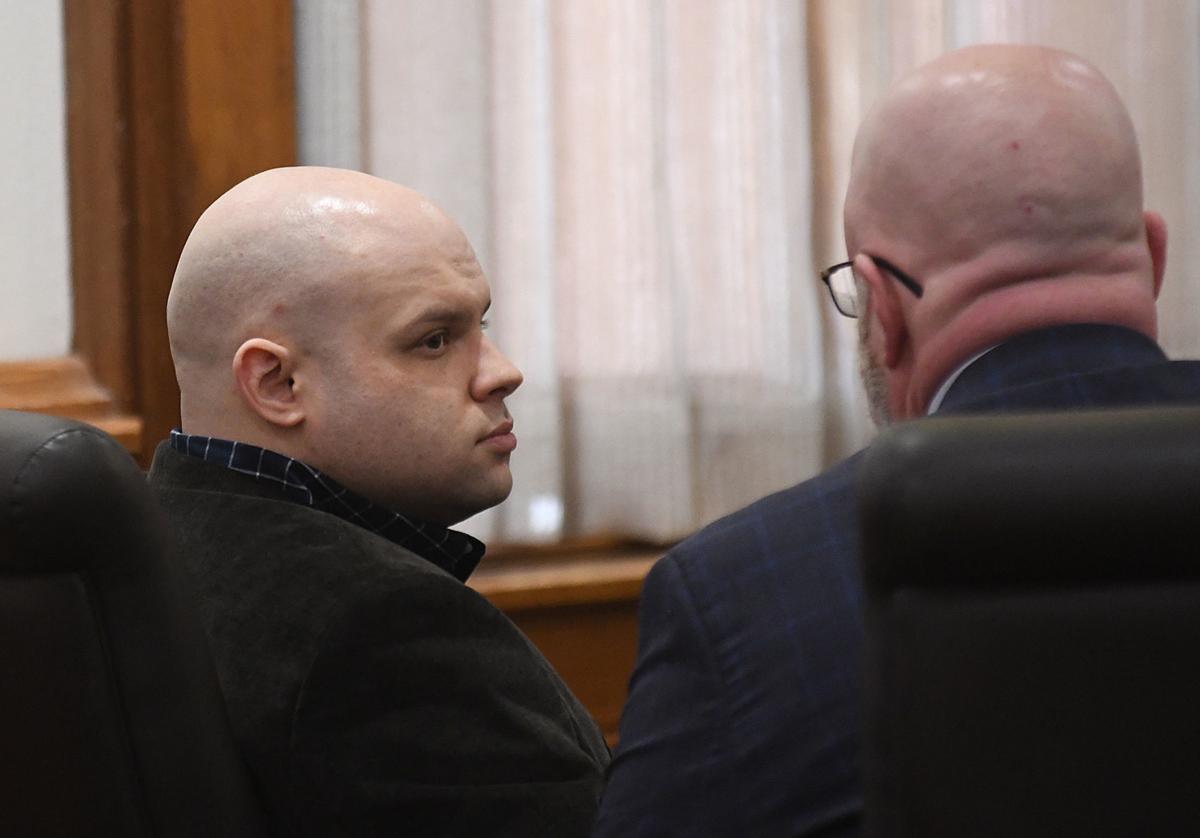 Hargrove talks with his attorney, Mike Flinn, in Benton County Circuit Court after his conviction for the murder of his fiancee. 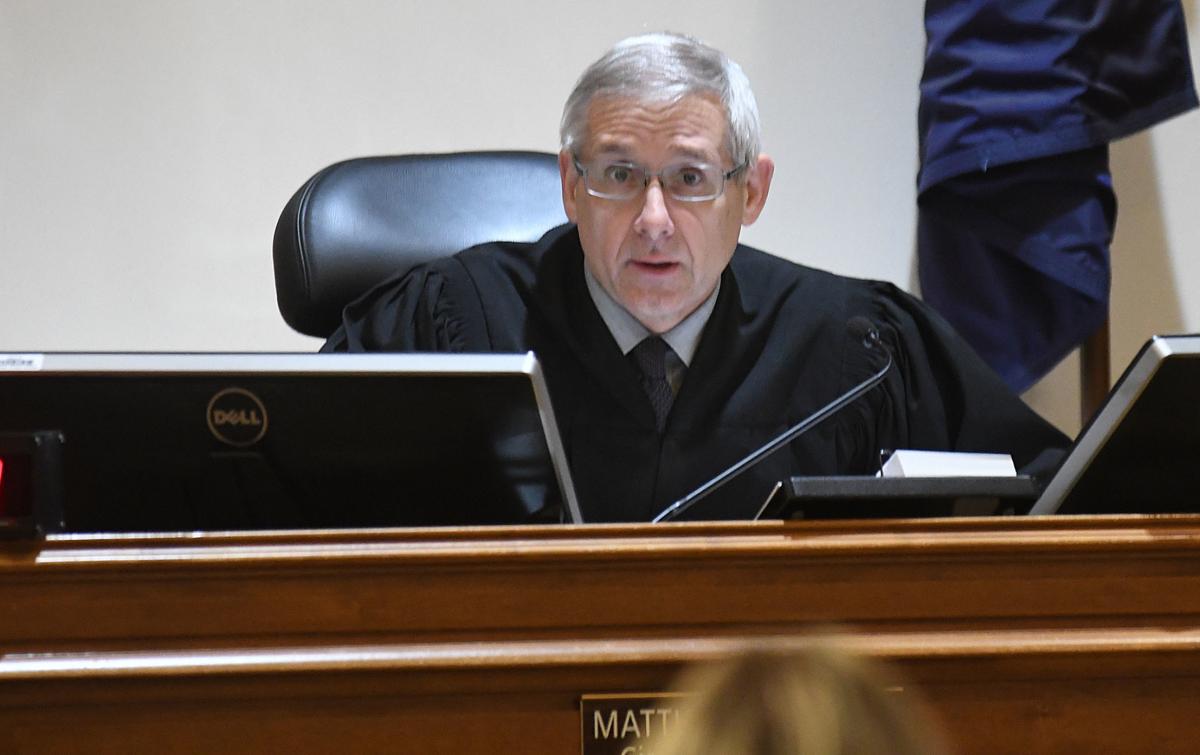 Benton County Circuit Court Judge Matthew Donohue talks with defense counsel about a request to preserve evidence for a possible appeal after the guilty verdict.

After less than three hours of deliberation, a 12-person jury found William Hargrove guilty on Friday of killing his fiancée and pilfering her bank account.

Anna Repkina, a 27-year-old Russian woman who moved in with Hargrove after an online romance, was found killed by a single shotgun blast on a logging road near Alsea on April 17, 2017.

Hargrove was arrested three days later and charged with murder. He was also charged with one count of identity theft and two counts of theft for using Repkina’s bank card to make two withdrawals totaling $800 from her account.

The jury returned a verdict of guilty on all counts just before noon in Benton County Circuit Court.

Hargrove, dressed in a dark sport coat and slacks, showed little emotion as Judge Matthew Donohue read the jury’s decision. He was then handcuffed and led back to jail by three Benton County sheriff’s deputies.

A sentencing hearing will be set at a later date.

The mandatory minimum sentence for murder in Oregon is 25 years in prison.

Defense attorney Mike Flinn said his client intends to appeal the verdict and asked the judge to retain all the evidence in the case.

“Obviously, Mr. Hargrove is disappointed by the verdict,” Flinn said after Friday’s hearing. “However, there are issues that need to be addressed by a higher court, and Mr. Hargrove will be appealing.”

Flinn said those issues could include illegal search and seizure by police. In July, he argued much of the state's evidence was seized through improper search warrants, but Donohue overruled Flinn's motion and allowed the state to present the evidence at trial.

The verdict follows a trial that lasted nearly a month and involved more than 70 witnesses.

The crux of the case was a pair of competing theories about who committed the murder.

Flinn argued it was Chavez who really killed Repkina out of jealousy over her engagement to Hargrove.

Throughout the case, prosecutors worked to prove Hargrove guilty and to show that the evidence didn't implicate Chavez, who moved to Watertown, New York, after Hargrove's arrest.

Flinn, in his cross-examinations and defense testimony, sought to poke holes in the state's evidence against his client and undermine Chavez's credibility.

Ultimately, the jury concluded Hargrove pulled the trigger and left Repkina's body alongside an isolated road along with various pieces of garbage he tossed from his vehicle.

Donohue said he would work with the parties in the case by email to set a sentencing date. That will allow time for the state to communicate with the victim's family in Russia, so they can offer statements to be used in sentencing or arrange to attend in person.

It’s in the jury’s hands now.

After three weeks of testimony from prosecution witnesses, the defense in the William Hargrove murder trial took less than a day to make its case.

An FBI forensic expert testified in Benton County Circuit Court Friday that the DNA of a man accused of murder was found on a gun in his vehicle.

Jurors in the William Hargrove murder trial got a look at some of the physical evidence in the case on Thursday, including a pump-action shotg…

On the night prosecutors believe Anna Repkina was murdered, the man accused of killing her went drinking at a Corvallis bar, where he appeared…

Although William Hargrove is on trial for an alleged April 2017 murder, it was his former lover who was the focus of much of his trial Monday …

The “other woman” in the William Hargrove murder trial took the stand on Thursday, mapping out the complex tangle of emotional ties she says b…

The fifth day of a murder trial in Benton County Circuit Court on Wednesday featured testimony from a man who loaned his gun to the accused killer.

In the crime scene photos, Anna Repkina lies on her back in a clearing in the forest.

In one version of events Anna Repkina moved to the United States from Russia and was murdered by her fiancé, William Hargrove, to please his m…

William Chase Hargrove was given a life sentence for murder during a hearing in Benton County Circuit Court Thursday morning.

Benton County sheriff's deputies escort William Hargrove out of the courtroom Friday morning after he was convicted of murdering his fiancee, Anna Repkina, in April 2017.

Hargrove talks with his attorney, Mike Flinn, in Benton County Circuit Court after his conviction for the murder of his fiancee.

Benton County Circuit Court Judge Matthew Donohue talks with defense counsel about a request to preserve evidence for a possible appeal after the guilty verdict.