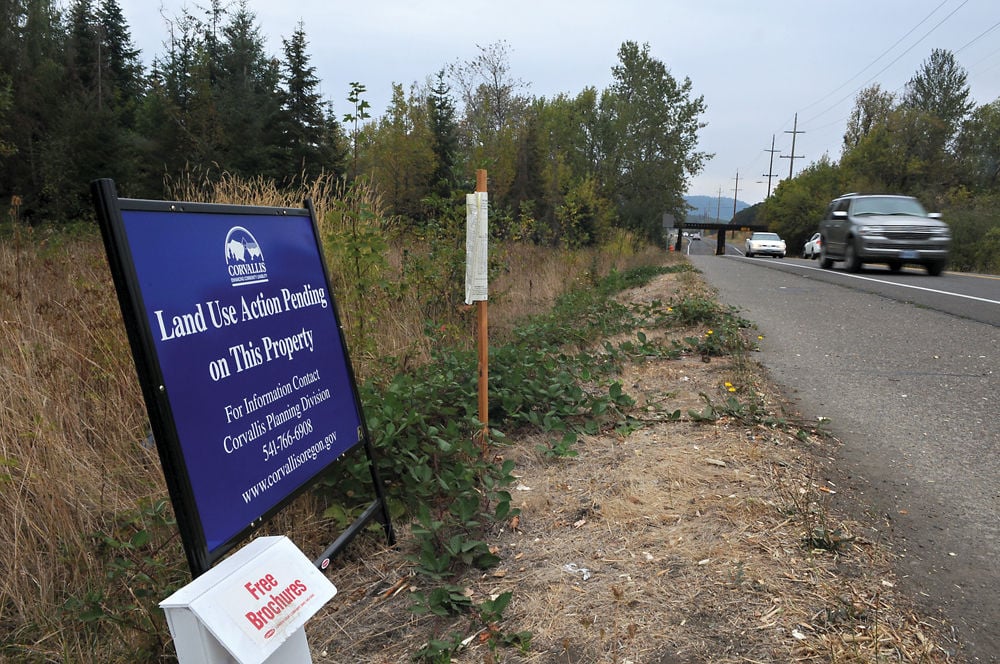 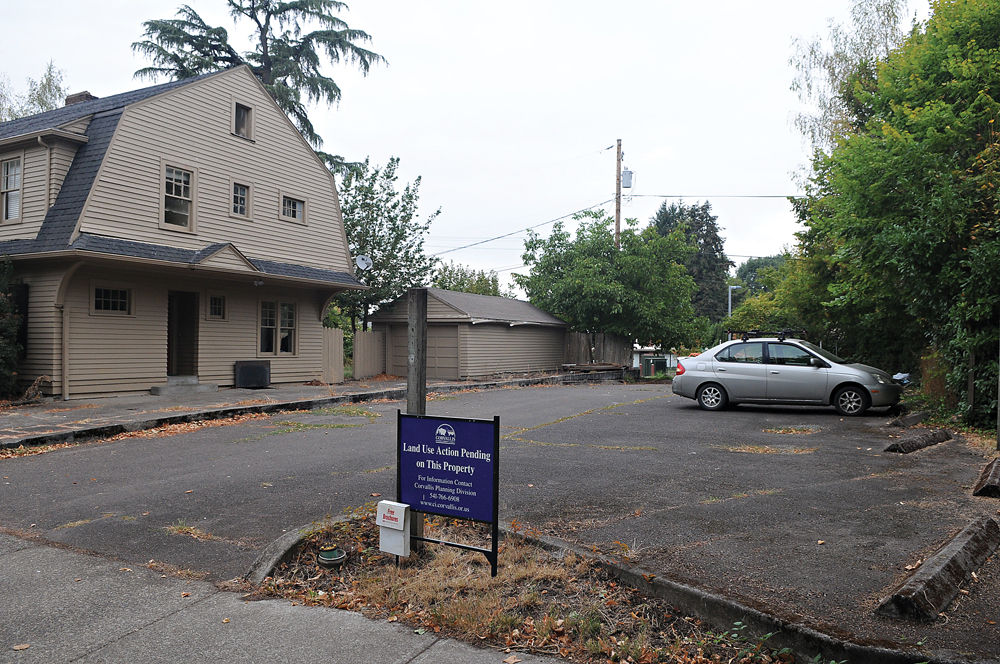 A parking lot is seen along Northwest Arnold Way in Corvallis on Wednesday afternoon. The Corvallis Planning Commission approved a planned development overlay request that will allow the owner to develop the 0.11-acre parcel. (Amanda Cowan | Corvallis Gazette-Times)

A zoning change for property on Southwest 53rd Street and an update on 45-year old limits on a parcel on Northwest Arnold Way were approved Wednesday night in separate land-use decisions.

The Arnold case nullified a planned development overlay on property between 2801 and 2769 Arnold that stemmed from 1969, when it was owned by Corvallis General Hospital.

The hospital, which was abandoned in 1975, was razed in 2013 to make way for the Union apartments on Harrison Boulevard.

Juliegh Cozzetto of Vancouver, Washington, who owns the 0.11-acre Arnold Way parcel, wanted to nullify the PDO so she can develop at the site.

City staff recommended against the nullification because of its impact on access and utilities to four adjacent parcels on Harrison.

But Commissioner Paul Woods said during deliberations that he didn’t think that it should be the incumbent on Cozzetto to take care of the other properties. Roger Lizut and Ron Sessions joined Woods in the majority, with James Feldmann voting against the nullification.

Property owner Brad Wilson wants to change the zoning from RS3.5 to RS6 on 2.24 acres he owns west of 53rd and just north of Southwest Cherry Avenue. The zoning change will allow Wilson to build more houses on the parcel as well as multiunit structures that would not be permissible in the RS3.5 zone.

There was little controversy in the case, with the greatest interest arising from plans Benton County has for rerouting 53rd Street slightly to the west over the railroad tracks in the vicinity of a planned roundabout at 53rd and Southwest West Hills Road.

The roundabout is scheduled to be constructed next summer, but the larger project to cross the railroad tracks does not currently have funding and Gordon Kurtz of the Benton County Public Works engineering staff said it is years if not a decade or more away.

The Wilson property was annexed into the city in 1989, but 53rd Street is a county-maintained road.

Once the road is realigned the current 53rd Street will end in a cul de sac near the Wilson property.

Those disagreeing with either decision have 12 days to appeal to the city.

A parking lot is seen along Northwest Arnold Way in Corvallis on Wednesday afternoon. The Corvallis Planning Commission approved a planned development overlay request that will allow the owner to develop the 0.11-acre parcel. (Amanda Cowan | Corvallis Gazette-Times)