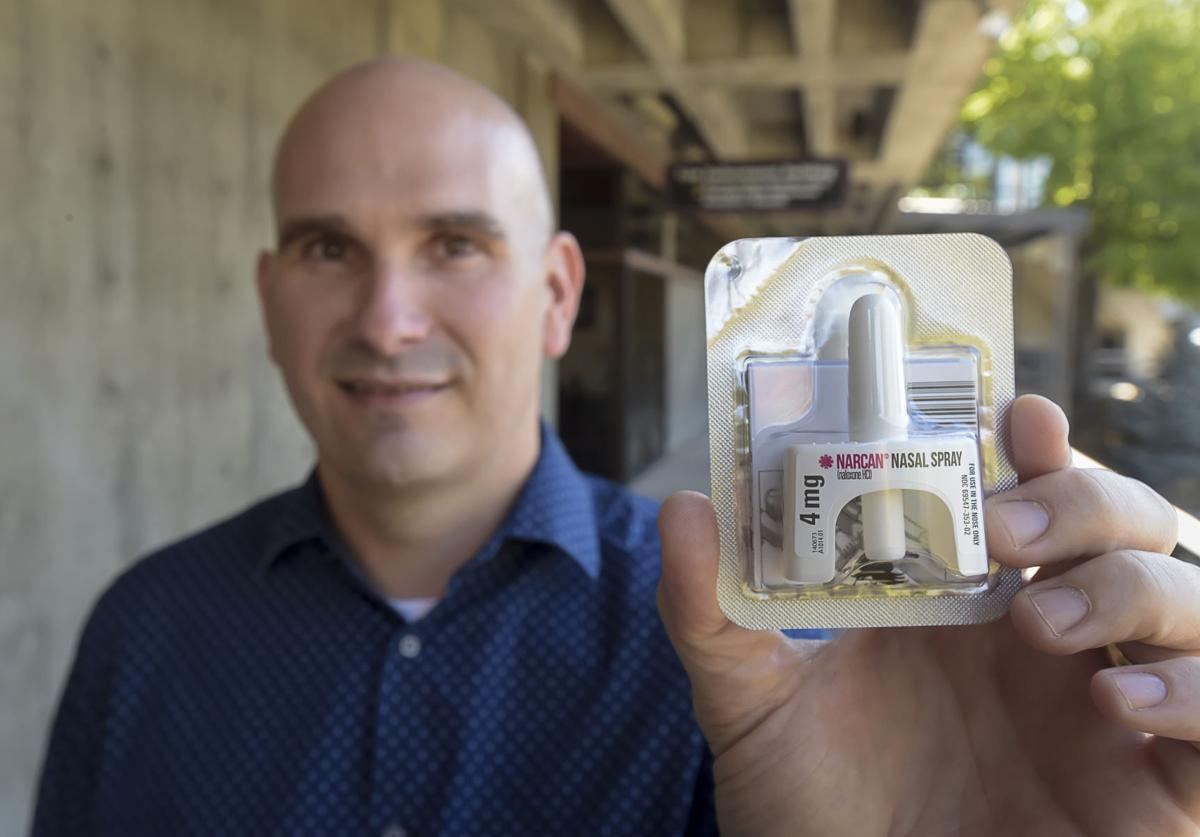 Lt. Jason Harvey with the Corvallis Police Department shows the prescription drug Narcan, which officers have started carrying in their patrol vehicles. The drug serves as an antidote to opioid overdose and is one example of the ways that local governments have had to respond to the growing opioid crisis. 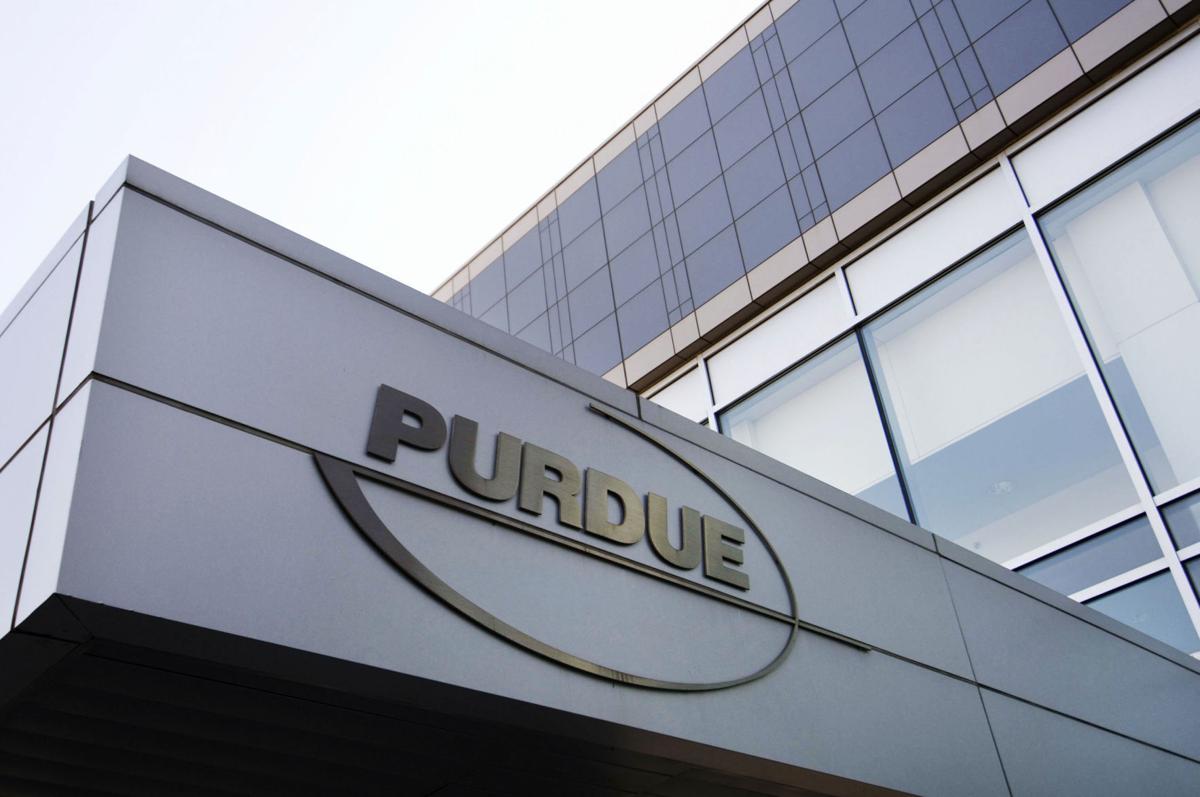 In 2007, Purdue Pharma pleaded guilty and agreed to pay more than $600 million in fines for misleading the public about the risks of OxyContin. But the drug continued to rack up blockbuster sales. 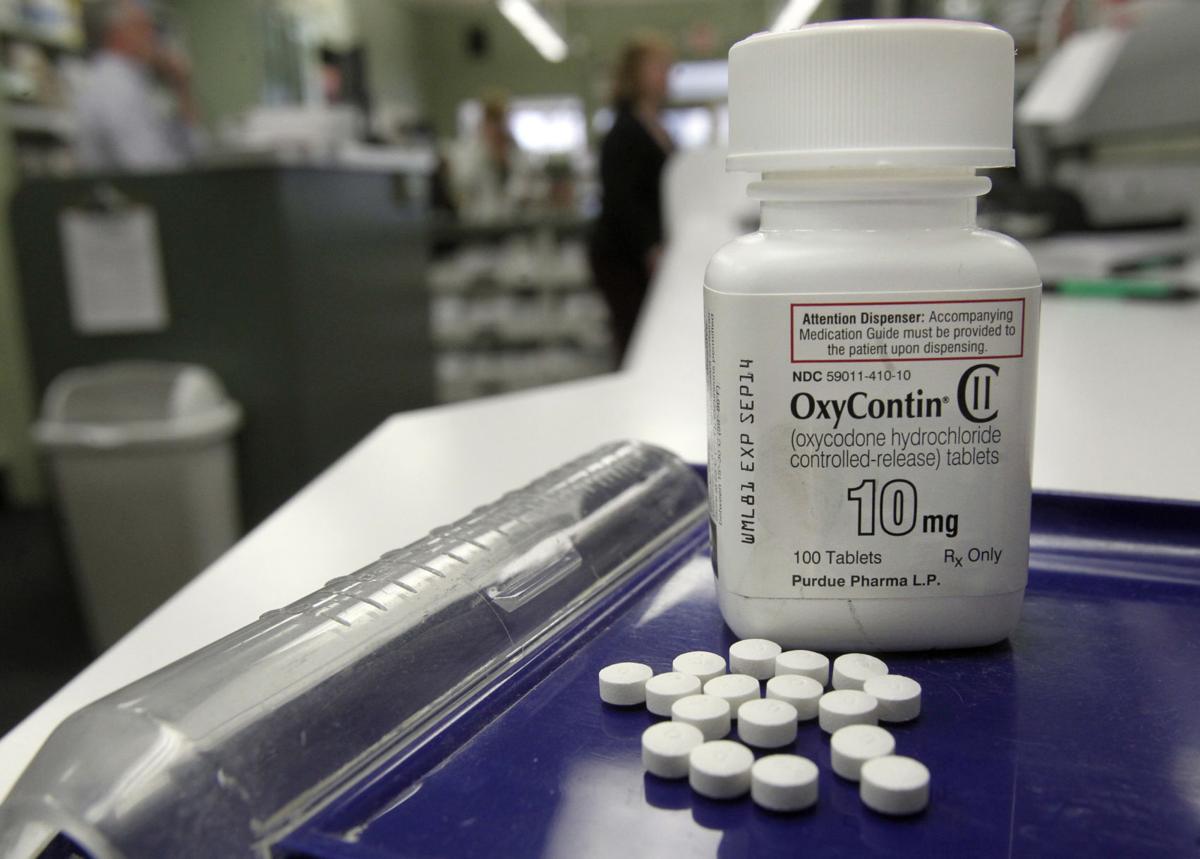 OxyContin pills are arranged for a photo at a pharmacy in Montpelier, Vt.

The Linn County Board of Commissioners said on Tuesday that it’s willing to participate in a multi-million dollar settlement with Purdue Pharma and other manufacturers or distributors that have been responsible for what’s been dubbed a “deceptive marketing scheme” that fueled the opioid epidemic.

While Linn County is not joining the lawsuit as a plaintiff, the county board on Tuesday gave permission to its legal department to negotiate with both sides of the suit in order to hash out a settlement. Just what amount that settlement would be, or how much Linn County would stand to receive from it, remains to be seen.

Three Oregon counties are listed as plaintiffs in a lawsuit dating back to 2018: Clackamas, Washington and Lane. However, other counties are joining in on the negotiations because settlements of this size usually come with the stipulation that all involved parties agree not to sue the defendants again in the future for the same tort claims. In order for such a promise to have teeth, all 36 of Oregon’s counties would need to sign on.

The defendants include Purdue Pharma, the manufacturers of OxyContin, Teva Pharmaceutical and Johnson & Johnson, both manufacturers of other opioid pain-killers, and distributors like McKesson, which has a distribution center in Clackamas.

The counties assert that all of the defendants were complicit in a vast marketing and distribution scheme that underplayed the health risks of opioid painkillers and lied to patients, doctors and regulators in order to sell more pills. They allege that the companies made, and knew they were making, dishonest claims about the addictiveness of these kinds of painkillers, as well as their effectiveness in combating chronic pain.

The result of the scheme — which has also been the subject of other state, regional, national and global lawsuits — is that sales, prescriptions and usage of opioid painkillers soared in the United States. The lawsuit filed in U.S. District Court in Portland states that, “In 2011, the United States comprised 4.5% of the global population, yet consumed 80% of the world’s opiates.”

The counties are suing because these conditions led to a rampant addiction crisis, which was combated through public programs run in counties all over Oregon. Essentially, they say taxpayer dollars went toward combating the crisis that was created from these fraudulent practices. The plaintiffs are suing for damages on claims of public nuisance, gross negligence, abnormally dangerous activity, and fraud and deceit.

Because the suit was filed as in civil court, these claims do not carry criminal charges. However, Purdue Pharma pleaded guilty to federal criminal charges last year and settled a much broader, though similar, civil case. The lawsuit in Oregon stems from the same investigations and claims of wrongdoing.

Oregon has a long history of involvement with lawsuits pertaining to the opioid crisis. In 2007, Oregon and 25 other states sued Purdue Pharma claiming violations of laws pertaining to fair trade practices and protecting elderly and disabled people from abuse. That lawsuit was settled out of court, for a paltry $19.5 million, and a promise to stop using fraudulent marketing for these products in those jurisdictions.

More recent investigations revealed that these practices instead continued. That’s what led State Attorney General Ellen Rosenblum in 2018 to join 47 other states and the District of Columbia in suing Purdue and other companies involved in the fraudulent promotion of painkillers.

McKinsey & Company, the marketing firm hired by Purdue and other pharmaceutical giants to coordinate and hone the marketing scheme, just settled a suit in federal court back in February in which the company paid out $600 million. Oregon shared in that settlement and received about $8 million.

This lengthy legal history, and the settlements that have results, led Purdue and other associated companies to consider bankruptcy. Settlements continue to be hashed out at state and district levels. It’s these latest rounds of settlement negotiations that Linn County would be joining in on.

County Commissioners applauded the defendants for sitting down to the negotiating table in a statement released on Wednesday.

“I am glad to see the big pharmaceutical company at the table to discuss the opioid crisis,” said Commissioner Sherrie Sprenger. “The money will provide important funding to help people in our community with addiction issues.”

While no settlement has been reached, Linn County has committed to using whatever payments it receives to help undo the damage caused by the opioid crisis.

A former chief of staff for Sen. Sara Gelser, D–Corvallis, is suing Gelser and the Oregon Legislature, claiming that she was retaliated agains…

A Multnomah County judge has rejected a demand to temporarily halt Oregon’s post-wildfire salvage logging and reforestation efforts. That mean…

Lt. Jason Harvey with the Corvallis Police Department shows the prescription drug Narcan, which officers have started carrying in their patrol vehicles. The drug serves as an antidote to opioid overdose and is one example of the ways that local governments have had to respond to the growing opioid crisis.

In 2007, Purdue Pharma pleaded guilty and agreed to pay more than $600 million in fines for misleading the public about the risks of OxyContin. But the drug continued to rack up blockbuster sales.

OxyContin pills are arranged for a photo at a pharmacy in Montpelier, Vt.