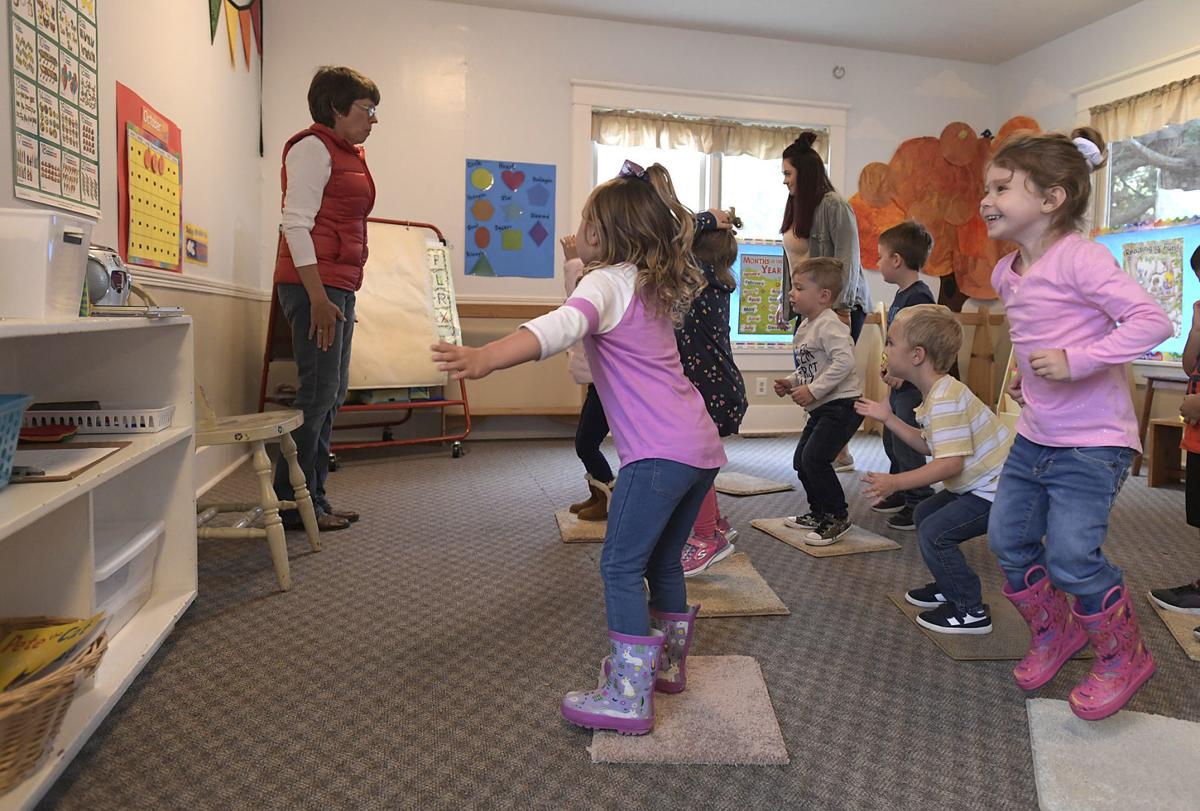 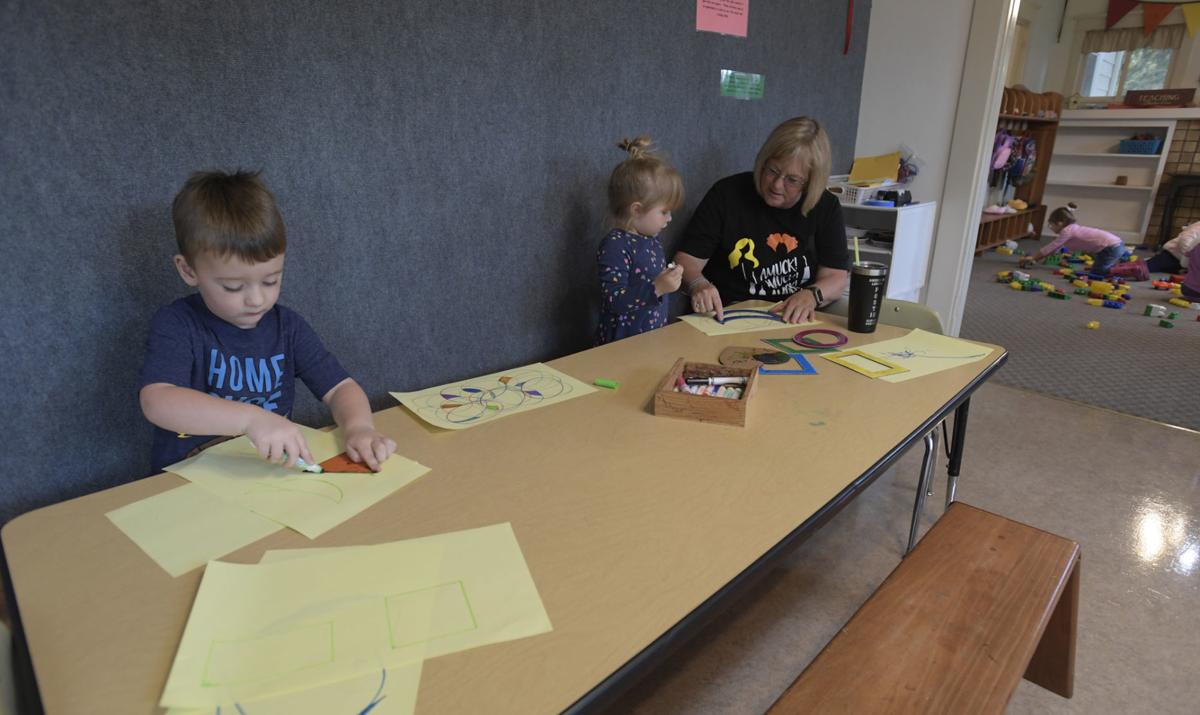 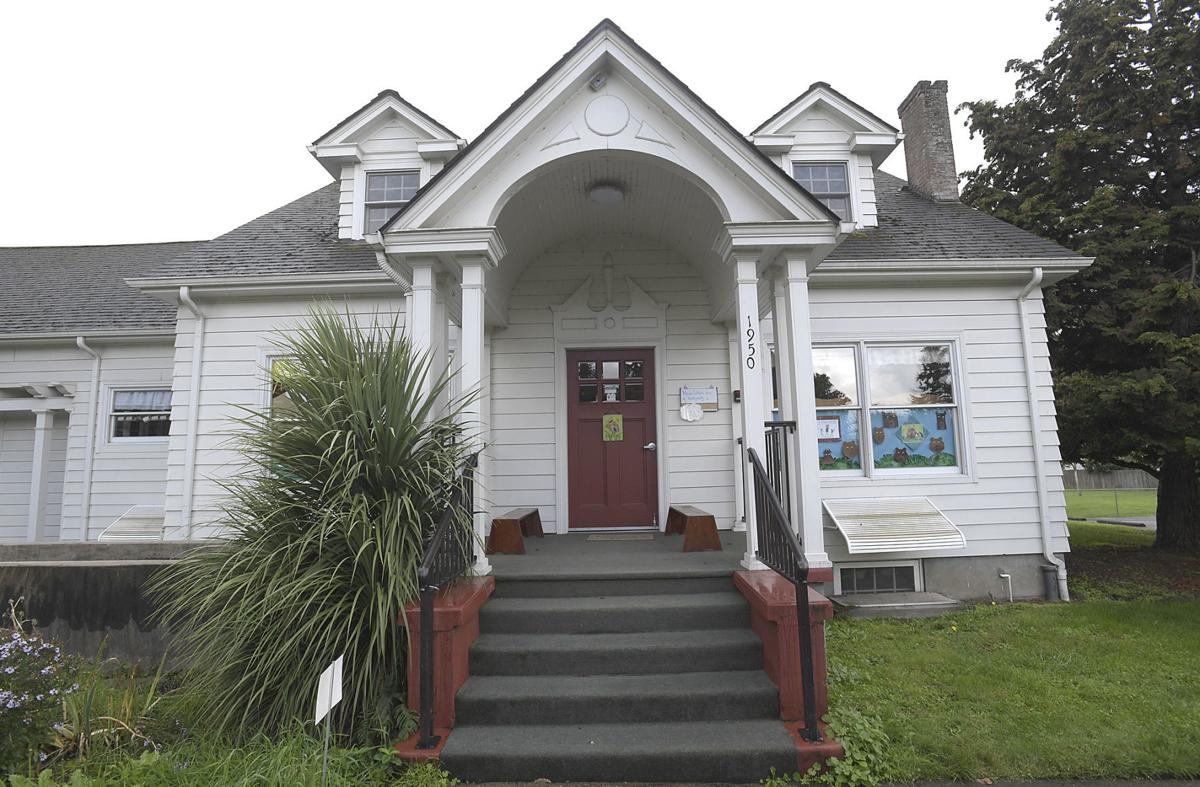 Maple Lawn, a city-run preschool in Albany for more than 40 years, is set to close in May 2020. 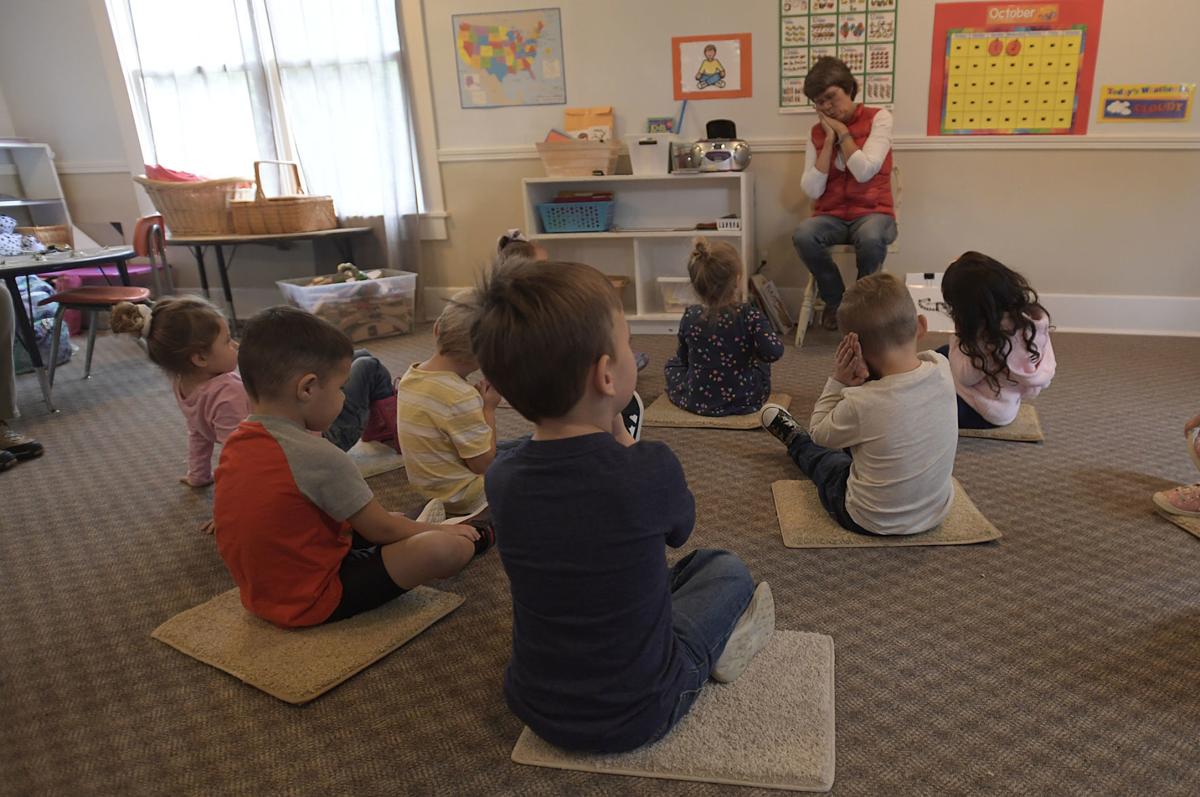 If not for the construction paper mountains in the window, cubbies full of cartoon-colored backpacks, and pictures hanging from a wall painted by toddler hands, the main space of Maple Lawn Preschool could pass for a living room.

Signs touting the virtues of teaching sit on the mantel over the long-closed-off fireplace. A kitchen squats in the corner at the end of a narrow hall, and under a papier-mâché tree decorated red and orange to indicate the coming of fall, preschoolers learn just how many syllables are in the word “October.”

Maple Lawn currently serves 89 students, half a dozen of which were seated at attention last week to listen to a quick lesson, sing a song and read a book. They’d enter into negotiations over which carpet square was theirs before taking attendance and retiring to the room next door to play with train sets — none of them aware that they'll be the last class to do so at Maple Lawn.

The city of Albany helps fund the preschool that resides in a city-owned building, and its director who oversees the operations, Debbie Richards, is an Albany Parks & Recreation employee.

This last spring, the city council entered what Sharon Konopa called the most-viewed budget season in her time as mayor. By the time the books were balanced, several city departments had been slashed. The fire and police department saw positions frozen, the library lost the ability to order new material and Maple Lawn was given one more school year of funding, placing its closing date on May 29, 2020.

Maple Lawn’s closure — and its timeline — has generated confusion among parents and even teachers, according to Richards, but the approval of the budget in June set the school’s closing for May. And while the council said it was open to the school searching for funding elsewhere, the city would no longer have the funds to help its operation.

The school has been a part of the Parks & Recreation Department for more than 40 years and at the time the city council entered its budget process, the school had an annual cost of $488,500 but brought in only $210,000, mostly from tuition for a range of classes.

Former Parks & Recreation Ed Hodney told the council before his retirement in June that several parties were interested in funding the continuation of the school. But as its closure looms, no entity has come forward publicly other than Greater Albany Public Schools.

The state Legislature passed the Student Success Act during its last session, which will see $2 billion head into Oregon classrooms. Districts must submit plans to the state on how they would spend the money and GAPS is currently gearing up to work on its application. However, the district won’t know how much money it's receiving until spring break, and those funds won’t be available until July.

But it won’t be a fully funded saving grace for Maple Lawn. According to GAPS Assistant Superintendent Lisa Harlan, the district is interested in partnering with the city or another entity to help keep Maple Lawn as an asset in the community.

Harlan previously told the city council that Albany — like much of the state — is a childcare desert, and that early education options were slim. Maple Lawn is the only preschool in the area to offer Early Intervention, a state service for students who are behind in speech or motor skills, or who have other disabilities. At an April 10 council meeting, Maple Lawn staff and parents came out to lobby for the school. At the time, Richards told the council, “When teachers hear a student has come from Maple Lawn, there’s almost a sigh of relief that those students won’t need the extra attention regarding behavioral needs.”

Current Parks & Recreation Director Kim Lyddane said there have been stakeholder meetings, which included the school district and Maple Lawn staff, about the future of the school. Student Success Act funds may be directed to the school in partnership with another entity, but the city, she said, is not set to take part in the school’s funding.

“Maple Lawn as it is now, is going away,” she said. “The school is closing at the end of this school year.”

The city’s website, she said, will be updated to let parents know the school is no longer taking names for a waitlist and won’t be registering students for next year. If funding comes forward from the school district or another party, the city could lease or rent the building to the school, Lyddane said.

Late last week after teaching half a dozen preschoolers how many syllables are in the word “October,” Richards said she’s not sure what will happen to the papier-mâché tree or the construction paper mountains or the rainbow colored trim around doors, or the furniture, books or toys come May 29.

“We’ve accumulated a lot in 25 years and there’s even more upstairs in the attic,” she said. “But the school is closing at the end of this year.”

The city of Albany weathered the 2008 recession largely because it had substantial reserves, and now, with another recession possibly looming,…

Rob Romancier has a favorite photograph. It shows a pile of walkers, canes and wheelchairs on the cement landing deck of a community pool — th…

Along the bank of the South Santiam River, on the first day that felt like fall in the Willamette Valley, schoolchildren gathered around to lo…

GAPS expulsions drop to lowest in nearly a decade

The Greater Albany Public Schools district has a question — or six — for the community: What do you want?

Albany Mayor Sharon Konopa wishes the City Council had started talking about how to make and save money months ago.

The era of Emily: Oregon's top girl name for the last 20 years

Albany resident Amanda Katzenstein was in middle school when she decided she would name her future daughter Emma.

Spooky spots in the valley tell of ghosts

Each frosted morning, as fog rolls in over the mid-valley, it becomes harder to hold onto those summer days and much easier to believe Hallowe…

The parents gathered in the cafeteria at South Shore Elementary School spoke different languages but wanted one answer: How is Greater Albany …

Maple Lawn, a city-run preschool in Albany for more than 40 years, is set to close in May 2020.