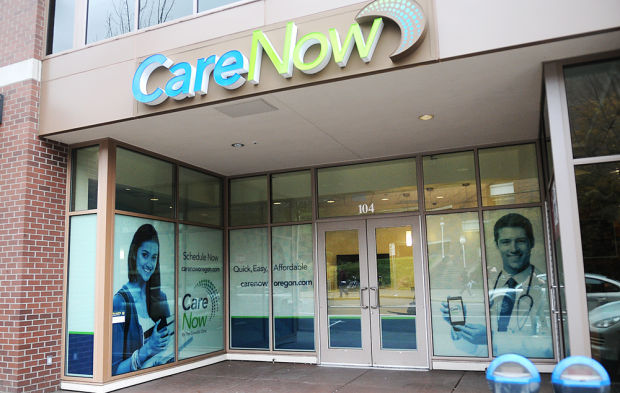 The exterior of The Corvallis Clinic's new CareNow retail clinic, which will open Monday at 2001 N.W. Monroe Ave., across from the Oregon State University campus. (Jesse Skoubo | Corvallis Gazette-Times) 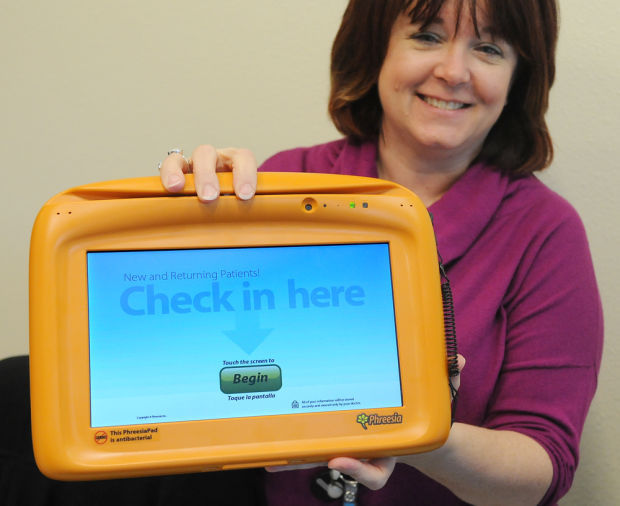 Nurse practitioner Norma Soffa holds up one of the touch-screen tablet computers patients will use to check themselves in at the CareNow clinic. (Jesse Skoubo | Corvallis Gazette-Times) 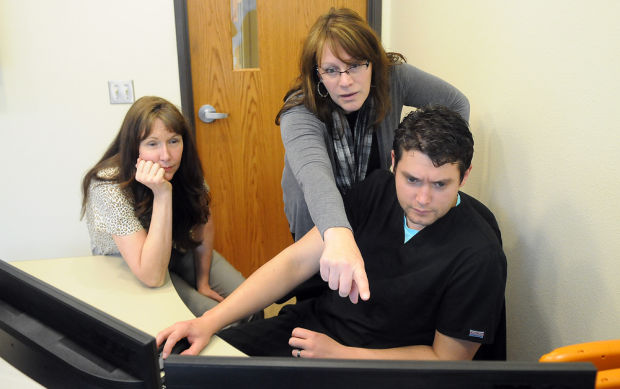 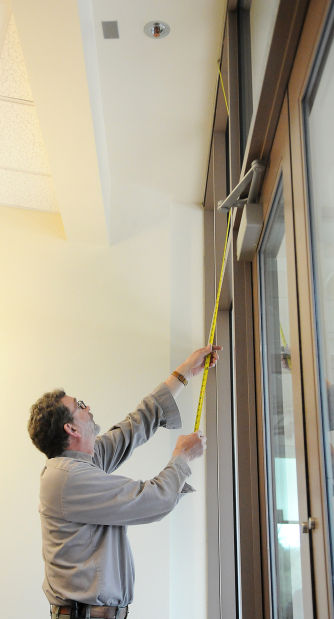 Corvallis’ latest medical practice is not a traditional doctor’s office in a quiet professional center. It’s a storefront clinic in a busy commercial strip, wedged between a coffeehouse and a Mexican restaurant.

CareNow, the latest venture from The Corvallis Clinic, is billed as a “convenience care clinic,” and it’s the first facility of its kind between Salem and Eugene.

The 1,200-square-foot location will open for business Monday in the University Center at 2001 N.W. Monroe Ave., just across the street from the Oregon State University campus.

It will be open seven days a week, including evenings, with 15-minute appointment windows designed to get people in and out quickly. An interactive calendar allows patients to schedule their visits online at the clinic’s website, carenoworegon.com.

The new clinic will be staffed by nurse practitioners and certified medical assistants rather than physicians, which limits the types of care available on-site. CareNow will be able to treat mild illnesses and minor injuries, do checkups and physicals and provide immunizations.

It will also be able to do some quick-turnaround lab tests and fill some patient prescriptions, and patients will check themselves in using touch-screen tablet computers linked into The Corvallis Clinic’s electronic medical records system.

“Our goal is no waiting,” added Norma Soffa, one of two nurse practitioners on staff.

The staffing model also helps to keep costs relatively low. A standard office visit will cost $120, compared to $200 or more for a trip to most Corvallis-area physicians. A sports physical is $50, and a general physical checkup is $180 for an adult or $120 for a child. Prices are posted on the website, and CareNow accepts most insurance plans.

Medical consultation and oversight will be provided by Dr. Robin Lannan, who will act as CareNow’s medical director, as well as Dr. Dennis Regan, the medical director for The Corvallis Clinic.

If a patient comes in with symptoms of a serious health condition such as chest pain, significant shortness of breath or broken bones, they’ll be referred to an urgent care clinic or the hospital emergency room.

CareNow is intended to treat non-emergency cases that come up suddenly and can be handled without stitches, a cast or surgery.

“The best way to think of it,” Soffa said, “is you’re sick and you want to go to the doctor, but your regular doctor can’t see you for a week — that kind of thing.”

While CareNow is the first convenience care clinic in the Corvallis-Albany area, the idea is not new. Similar operations — also known as retail clinics or mini clinics — have popped up rapidly across the country in recent years, with about 1,600 nationwide, many located inside pharmacies or grocery stores.

Among the biggest operations are MinuteClinic, owned by the CVS Caremark pharmacy chain; Healthcare Clinic, affiliated with Walgreens; and the Little Clinic, a subsidiary of Kroger supermarkets.

“It’s all about convenience,” said Ateev Mehrotra, a Harvard professor who has studied the retail clinic phenomenon for Rand Health, a public policy institute of the nonprofit Rand Corp. “People know where the grocery store is.”

And with their more affordable price point, it’s also about filling a niche in the medical marketplace. Mehrotra said his research shows as many as 100 million patient visits a year could be shifted from doctors’ offices and hospital emergency departments to retail clinics with annual cost savings of about $4.5 billion.

“There’s a growing number of people in the United States who have high-deductible health plans,” Mehrotra pointed out. “These clinics offer an alternative to the emergency room.”

Ed Howard, executive director of the nonprofit think tank Alliance for Health Reform, said retail clinics also serve as a kind of relief valve for a health care system already strained by a shortage of primary care doctors. And combined with federally qualified health centers, which have also grown rapidly in recent years, they may also provide some downward pressure on health care costs.

“People have been looking for a more effective, efficient, economical way to deliver care,” Howard said.

Samaritan Health Services, the largest health care provider in the mid-valley, operates several walk-in urgent care sites but has no plans for now to get into the retail clinic business, though it isn’t ruling out the possibility. (The Corvallis Clinic also has one immediate care center in north Corvallis.)

But the Corvallis Clinic is betting local residents will respond to CareNow’s combination of convenient location, no-waiting scheduling and low price point. If the experiment is successful, expect to see more CareNow locations popping up around the mid-valley.

“This is our entry into this type of market and setting, and we want to make sure we did it effectively before we decided to expand,” Perry said.

“(But) we also see this as the first of a couple of these kinds of locations we could do in our service area.”

WHAT: CareNow, a new retail clinic operated by The Corvallis Clinic

WHEN: First day of operation will be Monday, April 7

SERVICES: Offers 15-minute appointments with a nurse practitioner for treatment of mild illnesses and minor injuries, as well as physicals, limited lab tests and some prescription services

SCHEDULING: Appointments can be made online at carenoworegon.com

The tallest cliff in the Solar System is one steep drop

The tallest cliff in the Solar System is one steep drop

WH turns focus to getting Under 30 vaccinated

WH turns focus to getting Under 30 vaccinated

Psaki: The fight for voting rights 'is not over'

Psaki: The fight for voting rights 'is not over'

The Corvallis City Council will consider a major land-use case at its 6 p.m. meeting Monday.

Wildlife rehabilitation in the mid-Willamette Valley is in a state of crisis.

A 76-year-old Eugene man was found dead on Thursday after an apparent fall from a cliff on Sheep Creek Road east of Sweet Home.

COVID-19 cases and deaths have both increased this week following two weeks of steady decline. Caseloads started in the high 100s this week an…

The exterior of The Corvallis Clinic's new CareNow retail clinic, which will open Monday at 2001 N.W. Monroe Ave., across from the Oregon State University campus. (Jesse Skoubo | Corvallis Gazette-Times)

Nurse practitioner Norma Soffa holds up one of the touch-screen tablet computers patients will use to check themselves in at the CareNow clinic. (Jesse Skoubo | Corvallis Gazette-Times)