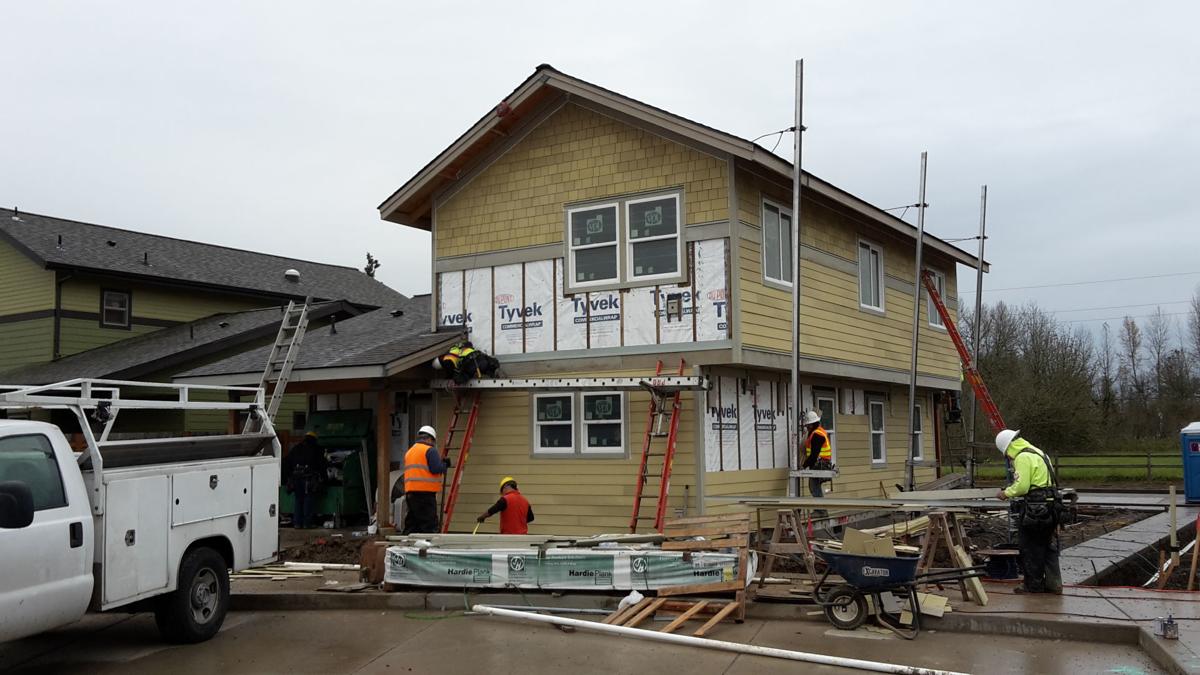 T Gerding Construction crews work in the Seavey Meadows development on Northeast Conser Drive. The Willamette Neighborhood Housing Services project is the type of construction that could benefit from a new excise tax. 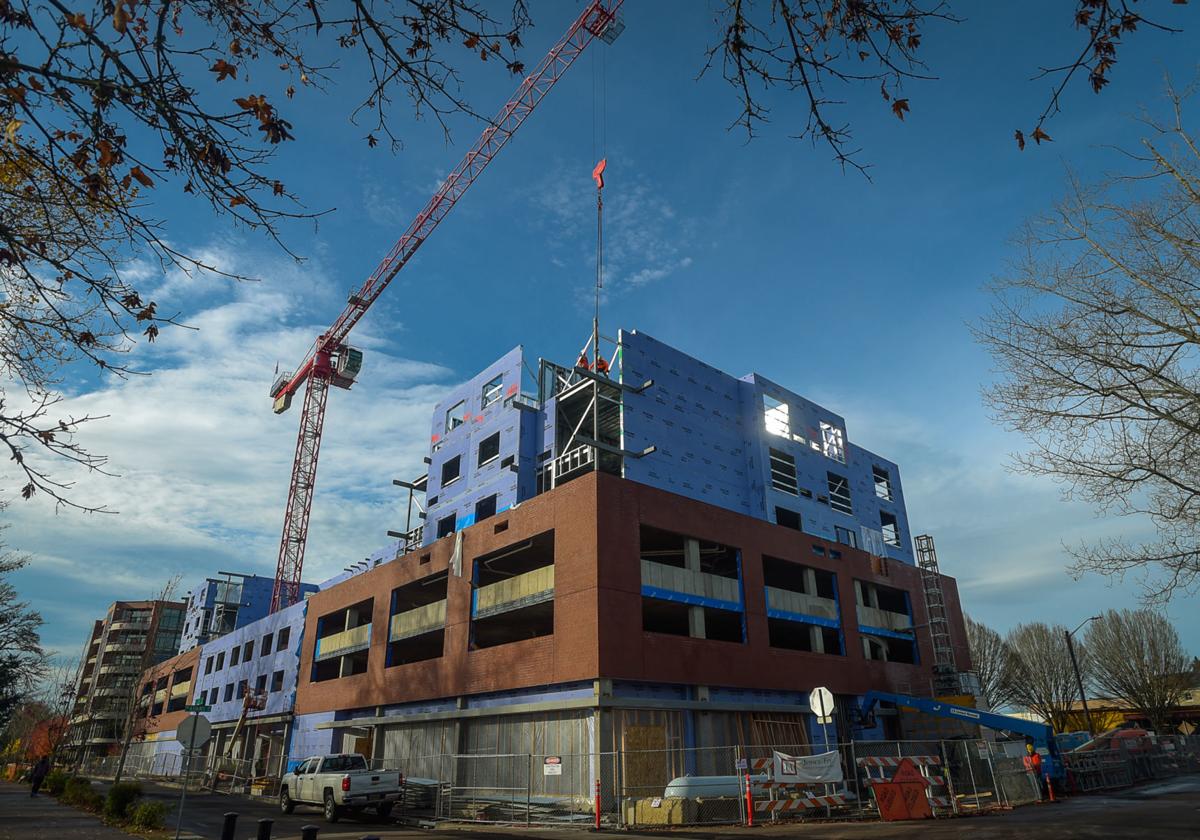 A construction excise tax that took effect on November 8 will not affect projects like the Marriott Courtyard, which began construction before the tax was approved by the City Council.

The city of Corvallis has a new weapon that officials hope will help address affordable housing needs.

The real estate and construction industry, meanwhile, has a new reason to be frustrated about working with the city.

On Nov. 7 the City Council approved a construction excise tax. The levy, which took effect the next day, charges 1 percent of the improvement value on residential construction and 1.5 percent on commercial and industrial.

The money raised, about $600,000 per year, will be used to augment current city efforts to increase the stock of affordable housing, which is one of the six goals of the two-year council term that concludes at the end of this month.

Kent Weiss, the city’s manager of housing and neighborhood services, said that the tax is not a panacea, but he added that it will help housing efforts in at least a couple of ways.

Realtors and developers, though, are concerned about the impact of the tax on their businesses and navigating the complexity of the regulations.

“Imposing a new tax prior to relieving builders of other cost burdens places them in a position where they cannot be competitive,” said Deborah Weaver, principal broker with Willamette West Real Estate and board member of the Willamette Association of Realtors. “The result may be that they build in an area that does not impose such a tax. That hurts our supply and cost of housing.”

Carl Christianson of G. Christianson Construction noted that the larger the project is the greater the impact of the tax. The additional $1,000 that would be imposed on a $100,000 remodel “is probably not enough to cancel a major project,” Christianson said, “but it might be a different story on new construction or large commercial projects.”

“That might be enough to discourage some home building in Corvallis and push it outside the city,” Christianson said.

Chris Saltveit of Pacific Properties Northwest has built hundreds of units of student housing and other multifamily developments in Corvallis. Among his concerns are these: Because affordable housing rules are tied to income levels, what happens if the income of residents increases? And how do students qualify given that they have practically no income while they are in school?

Weiss emphasized that “we will be working with the city’s Housing and Community Development Advisory Board through the winter and spring to come up with program design recommendations.”

Weiss said the city has a goal to begin distributing the funds from the construction excise tax (CET) funds by late in the 2017-18 fiscal year.

“Our intent is to allow the amount of CET funds to grow for about a year so our initial investments in projects and programs will be meaningful," he said.

Those in the affordable housing community are solidly behind the concept.

“I think that the construction excise tax is a great tool to encourage affordable housing in our community,” said Karen Rockwall, executive director of Benton Habitat for Humanity. “The devil is always in the details. However, this is a great step in the right direction.”

“Once we have a project design and cost estimate ready,” he said, “if CET funds are available. we’ll apply for that support first before approaching other funders. Demonstrating tangible, local support can make a huge difference in our ability to complete effectively for the federal, state and private financing needed to make affordable housing projects work.”

Christianson, who is on the Benton Habitat board, agreed that the tax will help Habitat and other housing nonprofits while adding: "I think this fund will also generate some attention which may encourage the city to consider other ways to help such as providing land to build on or waiving SDC fees."

HOW WE GOT HERE

• In March of 2016 Oregon Governor Kate Brown signed into law the construction excise tax, Senate Bill 1533. It was one of four bills enacted that are designed to assist the state’s housing industry.

• A task force working on the city’s housing development goal included the excise tax in a series of recommendations it made to the City Council.

A winter storm brought a mix of snow, sleet and freezing rain to the mid-valley on Thursday, closing schools throughout the region and reporte…

Housing, says Daniel Mckenna-Foster, is something everyone is interested in talking about.

Story Next Door: Housing official Weiss at home on the farm

Go south on Highway 99W from Corvallis and turn in at the airport exit. Head past the airport and you enter a delightful, pastoral enclave of …

T Gerding Construction crews work in the Seavey Meadows development on Northeast Conser Drive. The Willamette Neighborhood Housing Services project is the type of construction that could benefit from a new excise tax.

A construction excise tax that took effect on November 8 will not affect projects like the Marriott Courtyard, which began construction before the tax was approved by the City Council.