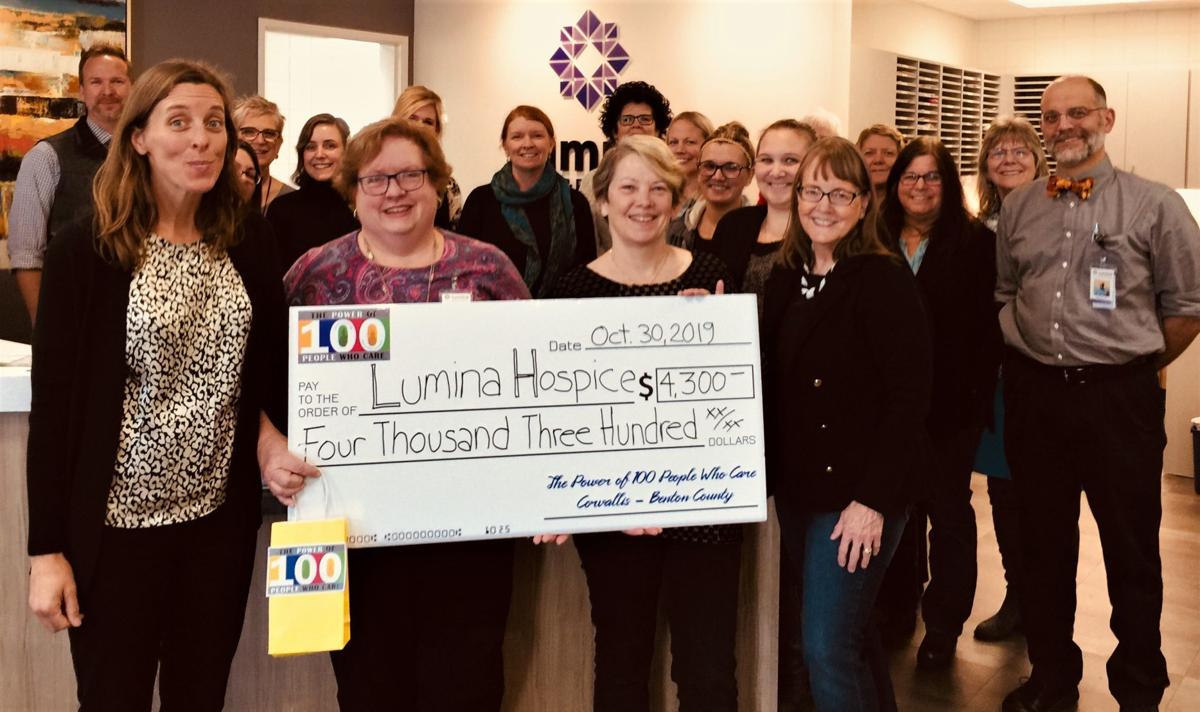 Employees of Lumina Hospice and Palliativer Care including executive director Elizabeth French (holding bag) are joined by organizers of 100 People Who Care for the donation of a check from the group to Lumina for $4,300. The money was raised at the Oct. 16 quarterly meeting of 100 People Who Care. 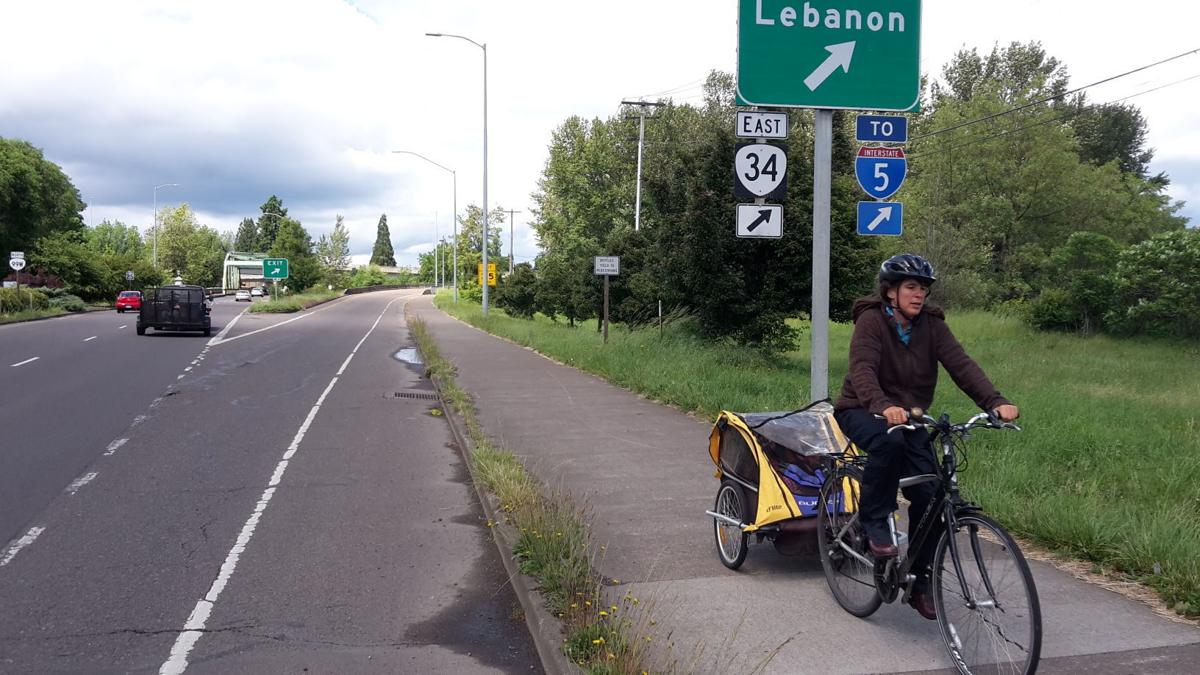 A bicyclist heads south after coming off the Marys River bridge. An updated timeline is out on plans to extend the path from downtown to Crystal Lake Drive. Construction is tentatively scheduled to being next summer.

Here is a look at updates of stories that we have been working on:

The story: The Holt Group of Vancouver, Washington, is building the Ponderosa Ridge subdivision in northwest Corvallis. Ponderosa Ridge is a 274-lot projecgt that will include single-family homes and townhouses. The first phase of the project, which will be built south of Ponderosa Avenue, consists of 204 lots. The second phase, which will be accessed from Fair Oaks near the Walnut Boulevard intersection, consists of 70 lots.

The story: The Corvallis chapter of 100 People Who Care meets quarterly, hears three pitches from Corvallis/Benton County nonprofits and votes to give the money donated at the event to the most deserving one. Group members commit to donating $100 apiece, with the local group slowly working its way up toward its 100-member goal.

The latest: The group met Oct. 16 and ultimately decided to donate $4,300 to Lumina Hospice and Palliative Care. The total represents an increase of $1,200 from last quarter’s gift to the Grace Center. Those looking to join 100 People Who Care or to get more information on its activities can email powerof100pwc@gmail.com or go to https://powerof100whocarecorvallis.org/.

The story: Last year the city of Corvallis implemented a strategic operation plan, which is designed to guide the workload and priorities of city departments.

The latest: The City Council has spent three work sessions discussing the policies and priorities section of the SOP in preparation for updating the document in January. Community members are welcome to comment on the work by going to https://www.surveymonkey.com/r/SOPupdate. The survey should take 10-15 minutes to complete, city officials said. Feedback received by 5 p.m. Tuesday 12 will be included in the City Council meeting materials for the November 18 meeting, at which the SOP will again be on the agenda. All feedback will be reviewed.

The story: In recent years Oregon State University and city transportation officials have hosted events designed to encourage cyclists to be well-lit at night.

The latest: This year’s event was developed with a bit of a twist. Instead of announcing the program in advance and inviting cyclists to show up and participate organizers decided to structure it as an “intervention” at dusk on Nov. 6. Pedestrians and cyclists without lights were invited to stop and volunteers provided them with lights. Josh Capps, the city’s active transportation specialist, said that the event’s entire stock of 200 bike light sets and 100 pedestrian lights were give away, forcing volunteers to shut down an hour into the giveaway. Participating in the event at the corner of Kings Boulevard and Monroe Avenue, were city of Corvallis and OSU transportation officials, OSU’s department of public safety, the Corvallis Police Department and the transportation action team of the Corvallis Sustainability Coalition.

The story: The city of Corvallis is planning to construct a new multiuse path that will divert bicycle and pedestrian traffic from just past the Marys River Bridge to Crystal Lake Drive. The city received an ODOT grant of more than $700,000 in May 2016 to pay to reroute the bike path away from Highway 99W to Crystal Lake. Bicycle and pedestrian activists raised concerns about the progress of the project after cyclist Eric Austin was struck and killed in the nearby pedestrian crosswalk. Also an issue is the fact that the highway currently serves as the path between Southeast Chapman Place and Crystal Lake Drive.

The latest: Corvallis City Manager Mark Shepard announced at the Nov. 4 City Council meeting that the city was closing in on resolving right-of-way issues with the Hollingsworth & Vose glass fiber plant on Crystal Lake Drive. Shepard said that construction on the path should begin next summer.

Employees of Lumina Hospice and Palliativer Care including executive director Elizabeth French (holding bag) are joined by organizers of 100 People Who Care for the donation of a check from the group to Lumina for $4,300. The money was raised at the Oct. 16 quarterly meeting of 100 People Who Care.

A bicyclist heads south after coming off the Marys River bridge. An updated timeline is out on plans to extend the path from downtown to Crystal Lake Drive. Construction is tentatively scheduled to being next summer.