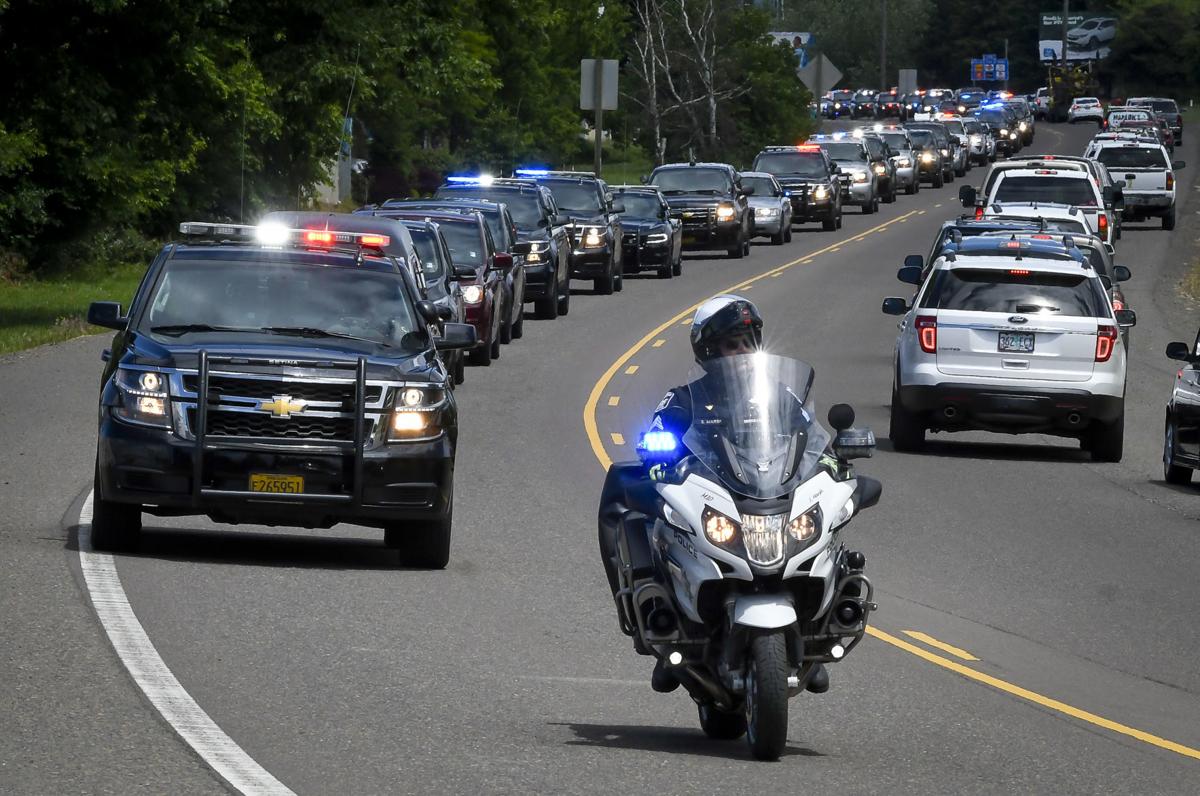 The procession of first responders to the memorial service for Benton County Sheriff's Deputy Brent Iverson travels south on Highway 99W through Corvallis on Friday afternoon. 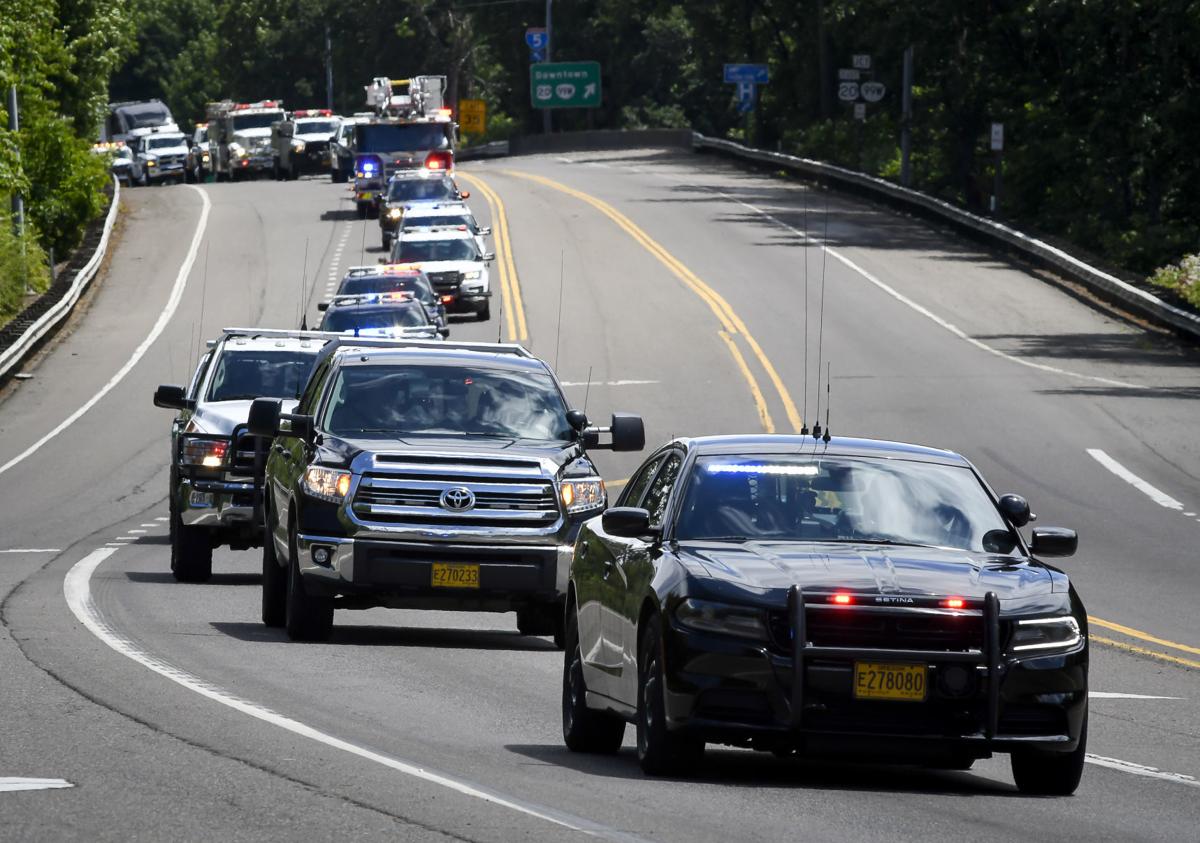 Scores of law enforcement officers from numerous agencies around the state turned out in a show of support for Iverson, who died suddenly of an apparent medical event on May 27.

Law enforcement is a difficult and often dangerous profession, and nobody understands that as well as those who wear the badge.

Benton County Sheriff’s Deputy Brent Iverson didn’t die in the line of duty, but scores of his fellow officers and other first responders turned out to honor his dedication on Friday, forming a solemn procession across Corvallis to a memorial service at Suburban Christian Church.

Also in the procession were firefighting rigs, wildland patrol vehicles, even tow trucks. A phalanx of motorcycle-mounted police officers did traffic control duty, halting cross-traffic at major intersections so the funeral cortege could proceed in safety and dignity.

Also on hand were the Corvallis, Philomath, Alsea, Monroe and Adair Village fire departments, as well as vehicles from the Oregon Department of Transportation, Oregon Department of Forestry, U.S. Forest Service and Bureau of Land Management. At least two towing companies sent wreckers to join the procession.

The nonprofit Oregon Fallen Badge Foundation took the lead in organizing the procession.

Brent Iverson, 42, died May 27 while driving home from a trip with his son. He is believed to have suffered a fatal medical event before driving his pickup truck off Fern Road near Airport Avenue south of Philomath. His son was uninjured.

It was the second such tragedy in eight days for the Benton County Sheriff’s Office. Deputy Rick Fontaine, 49, died May 20 after a short battle with cancer. He, too, was escorted on his final journey by a motorcade of law enforcement vehicles.

“It’s a brotherhood,” he said. “We all share a common bond.”

Hillsboro Police Officer Darren Kangas was one of the motorcycle officers in the escort detail. All of them, he said, had received extensive training in how to safely escort a motorcade for events such as funeral processions.

“We’re here to show the ultimate respect for the family,” he added. “(Fallen officers) are not forgotten when they’re gone. We’re always here for the family.”

Benton County Undersheriff Greg Ridler said the show of support for Iverson and Fontaine meant a lot to his grieving department, but it didn’t surprise him.

“We’re just in it together,” he said.

“We know we have support and a community of law enforcement out there that will always be there for us.”

The Oregon State Police, along with the Corvallis, Philomath and Albany police departments, pitched in to cover calls for service throughout Benton County while the procession and memorial service were going on.

Both Iverson and Fontaine left families behind, and online fundraising pages have been set up for their survivors at www.gofundme.com.

For the second time in eight days, the Benton County Sheriff’s Office is dealing with the death of a deputy.

The procession of first responders to the memorial service for Benton County Sheriff's Deputy Brent Iverson travels south on Highway 99W through Corvallis on Friday afternoon.

Scores of law enforcement officers from numerous agencies around the state turned out in a show of support for Iverson, who died suddenly of an apparent medical event on May 27.