Become a Member
Read Today's E-edition
Share This
One developer's plans to rescue the St. Francis and former city hall
0 Comments
Share this
1 of 3 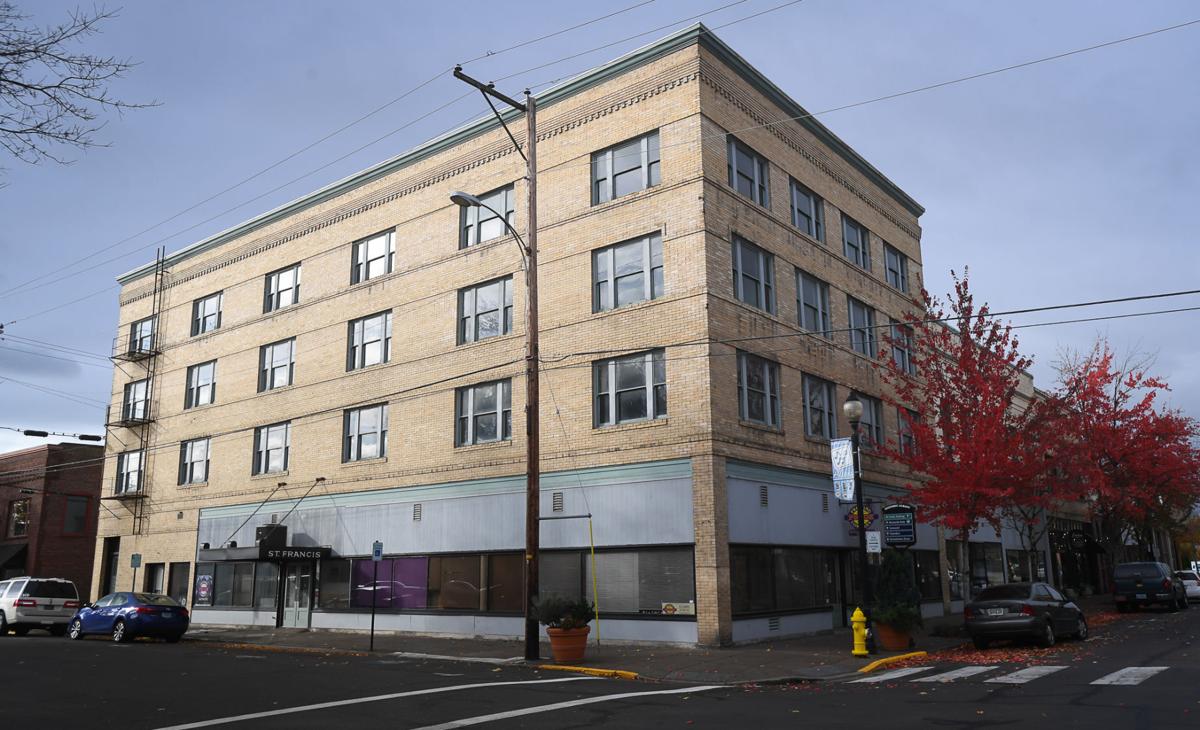 The St. Francis Hotel at 406 W 1st Ave. in Albany is being considered for a restoration project. “It’s fixable,” Scott Lepman said. “It’s just that it’s uncertain regarding the cost.” 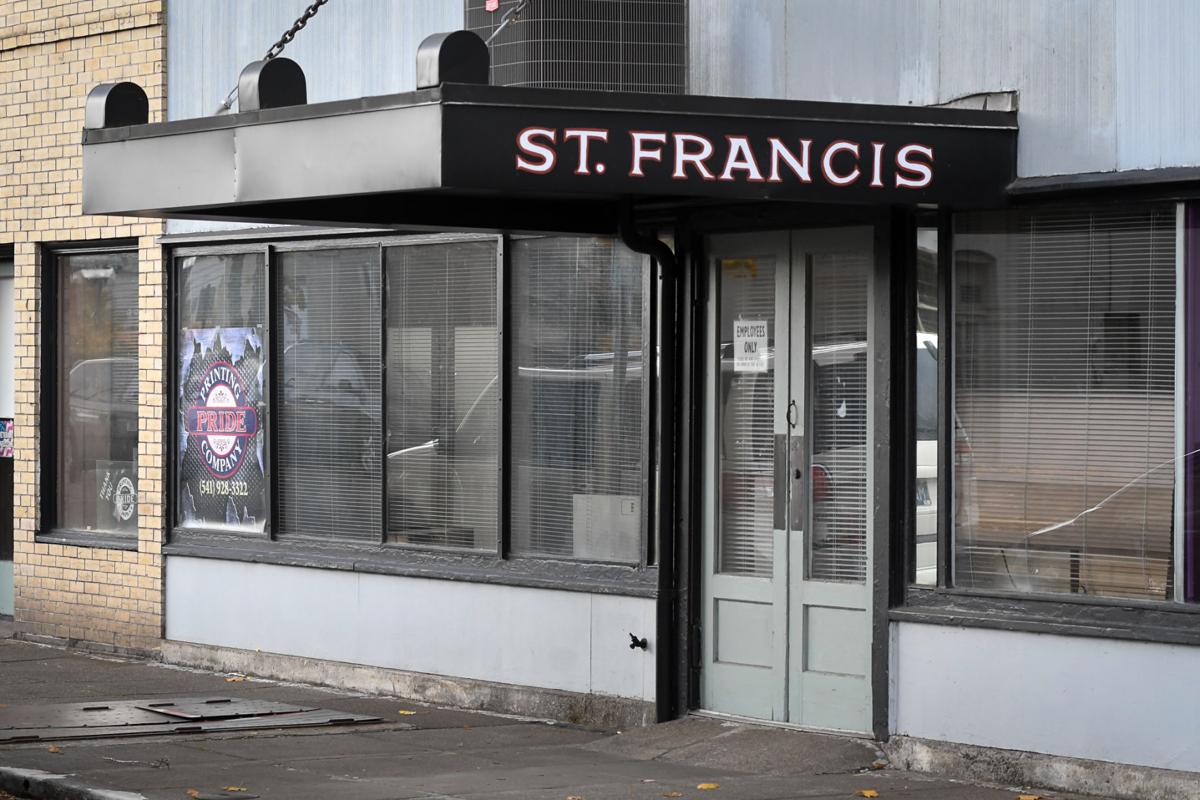 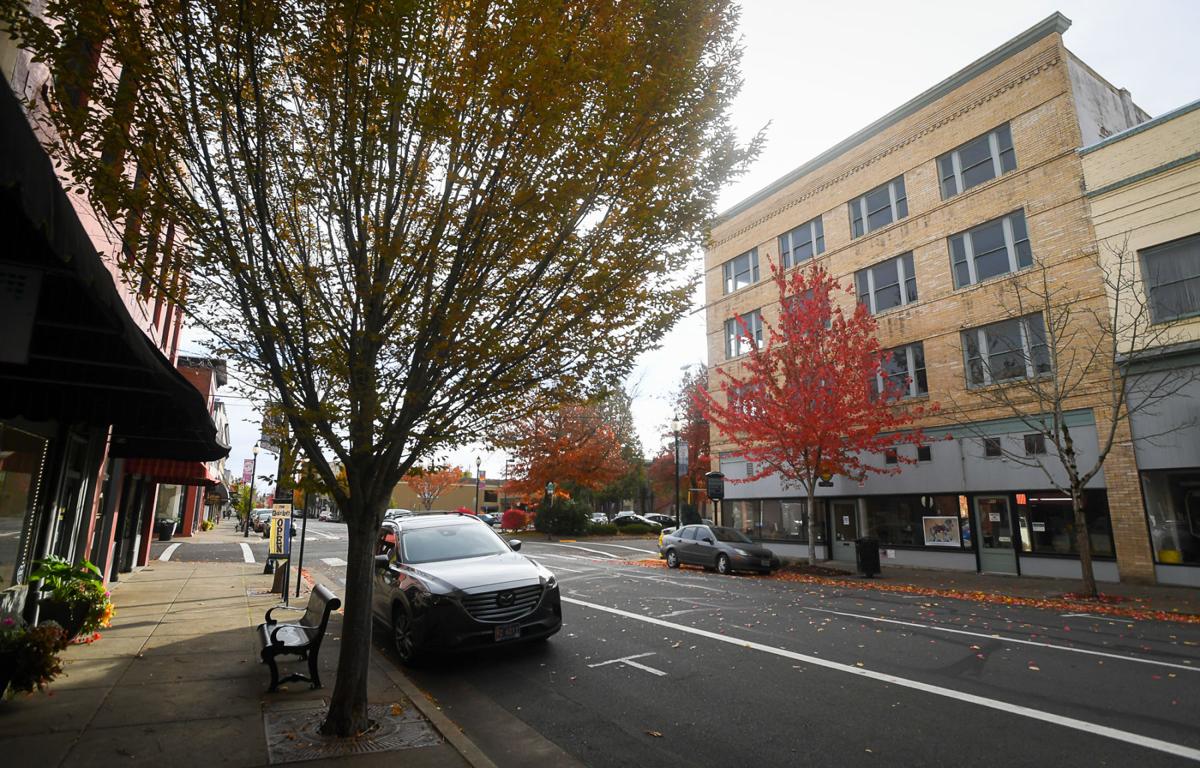 The St. Francis Hotel at 406 W 1st Ave. in Albany is being considered for a restoration project.

In proposing a new hotel, an Albany real estate developer is offering to restore Albany’s St. Francis Hotel and former city hall with the help of public tax monies.

At its Wednesday, Oct. 20 meeting, the Central Albany RevitalizationD Area Advisory Board voted unanimously to work with Scott Lepman Co. The Albany City Council, wearing its hat as the Albany Revitalization Agency, was also unanimous on moving forward with Lepman. The agreement details are still being hammered out.

The city has the option to buy the hotel until December, having extended the deadline a number of times in the past. Lepman has a previous interest in the abandoned hotel. He’s made three offers to repurpose the building in the past. He and his crew have a history of restoring abandoned buildings.

Lepman said the St. Francis’ foundation is in “pretty good shape,” as is most of the exterior brickwork.

Lepman asked CARA for a 10-year, $749,000 forgivable loan for the St. Francis Hotel project and the same for the old city hall. They would be interest-bearing loans, but the rate is not determined. Forgiveness would hang on terms of construction being met. A previous proposal asked for twice as much public funding to restore only the hotel.

“I will note it would be abnormal to do a project where there would be no tax increment coming in initially,” Economic Development Manager Seth Sherry said. “But the balance here is less cash up front from the [tax increment financing] district equals a similar return at the end of the day.”

The proposal relies on CARA funds to buy down interest payments rather than for construction purposes, which Lepman said would allow him to leverage a substantial $4 million in bank financing. He’s also looking into a historical property tax freeze for additional capital of around $670,000 over 10 years.

Lepman said there are unknowable factors that will arise during the project, which will likely affect the final cost. He noted the presence of asbestos and lead-based paint but said his experienced crew can handle both. There are also significant seismic challenges in the building he plans to address.

“I think it’s a doable project for us,” he said.

The proposal includes plans to relocate Lepman’s company headquarters to the old city hall building, which he already owns, tearing down the former turkey processing plant that he currently occupies and replacing that with an eight-story, mixed-use hotel. Mixed use often refers to combining commercial and residential components on the same property.

The timeline for starting the project is short. Lepman needs the city to transfer its option to buy the St. Francis to him before it expires at year’s end. He said his purchasing the building would be contingent on a commitment from CARA. He’s also asking for the city to build a three-story parking garage.

“I know this sounds fairly ambitious,” he said. “But in order for the hotel to be successful, it needs to have parking. And the parking wouldn’t necessarily be completely for the hotel; it could be for the community and the St. Francis.”

Albany Mayor Alex Johnson II commended Lepman’s plan, saying it would be beneficial for the city and could draw business and people to downtown.

“I like the concept of the hotel,” Johnson said. “I think we as the CARA Board and ARA are looking to the future, and development of the waterfront will increase investment in downtown and foot-traffic downtown.”

“I think we as the CARA board and ARA are looking to the future, and development of the waterfront will increase investment in downtown and foot-traffic downtown.” ~Alex Johnson II, Albany mayor

Based on a vote of the Urban Renewal Agency, the city of Philomath appears to be considering the possibilities of acquiring an unidentified pi…

The controversial Nov. 12 decision by the Philomath City Council to approve the Lepman development, including a 175-space RV park, continues t…

The Oregon political world is in suspended animation as court challenges of 2022 redistricting maps have been filed.

Staffing at Oregon hospitals a concern for many, survey shows

An 87-year-old Linn County man with underlying conditions was added to the COVID-19-related death toll on Wednesday, Nov. 3, according to Oreg…

The St. Francis Hotel at 406 W 1st Ave. in Albany is being considered for a restoration project. “It’s fixable,” Scott Lepman said. “It’s just that it’s uncertain regarding the cost.”

The St. Francis Hotel at 406 W 1st Ave. in Albany is being considered for a restoration project.