Mike Nearman became the first state legislator to be expelled in Oregon's 162 years of statehood for his part in aiding anti-lockdown protesters, some of them armed, to breach the closed Capitol during a Dec. 21 special session of the Legislature.

On a 59-1 vote Thursday night the House concluded that Nearman engaged in "disorderly behavior" when he opened a door and allowed some protesters to enter the Capitol's northwest vestibule. Police eventually ejected them and blocked their second attempt to breach a different entrance to the Capitol later that day. Several people were arrested.

The Oregon Constitution requires a two-thirds majority (40) for expulsion. Nearman was the lone vote against his expulsion. The other 22 Republicans joined the 37 Democrats to expel him. It will be up to the county commissioners of the district's four counties — Benton, Polk, Marion and Yamhill — to determine a replacement. No timetable is available.

The county votes will be weighted by their share of district voters, after Republicans nominate three to five candidates. There is nothing in state law that prevents Nearman from being nominated or appointed. The Constitution prevents the House from expelling him for the same offense.

If commissioners fail to agree on a replacement within 30 days, Governor Kate Brown is empowered to appoint any eligible Republican to the seat for the balance of the two-year term.

Some protesters gathered near one of the Capitol entrances as the House debated Nearman's fate for 45 minutes. One of them attempted to break down a door, but it has a metal cover that shields the glass.

Nearman was identified through video surveillance footage during an investigation by Oregon State Police. A second video surfaced last week during which Nearman, five days before the Dec. 21 session, advised potential protesters how to reach him via text message and "someone" would allow them to enter the Capitol.

Nearman, 57, is a retired software engineer who lives outside Independence. He unseated Republican incumbent Jim Thompson in a 2014 primary after Thompson expressed his support for marriage by same-sex couples. Nearman is in his fourth term.

House Speaker Tina Kotek, a Democrat from Portland who appointed a special committee to consider the expulsion resolution she introduced earlier in the week, had this to say afterward:

"The facts are clear that Mr. Nearman unapologetically coordinated and planned a breach of the Oregon State Capitol. His actions were blatant and deliberate, and he has shown no remorse for jeopardizing the safety of every person in the Capitol that day.

"Given the extraordinary circumstances, this was the only reasonable path forward. Safety — for the public, building employees, legislators and their staff — continues to be my top priority in managing this extraordinary session."

"It is impossible to overstate the reason we are here tonight," Rep. Paul Holvey, a Democrat from Eugene, said in presenting the resolution. He led the special committee, equally divided between Democrats and Republicans, that recommended Nearman's expulsion.

The Capitol has been closed to the public since March 18, 2020, at the onset of the coronavirus pandemic. Votes of the full House and Senate have been taken in person, but committee meetings have been conducted virtually.

Earlier Thursday, when the special committee met for about two hours, Nearman read a statement but said he would decline to answer questions based on his lawyer's advice. He faces two criminal charges in Marion County Circuit Court that are unaffected by the House vote.

"I know you have all made your decision. This has not been a fair process," he said.

He instead laid blame on Kotek, Senate President Peter Courtney, and the six members of the special committee, among others for the Capitol closure.

"The easy thing is to expel me," he said. "I suspect that is what you are going to do. But to be clear, I am going to be expelled for letting the public into the public's building."

He made similar arguments Thursday night during a 3-minute speech to the full House. He mentioned the constitutional requirement that legislative proceedings be open. He said while other public places have gradually reopened — mostly because COVID-19 vaccinations have increased and infection rates have dropped — the Capitol remains closed.

Legislative Counsel Dexter Johnson, in response to a question by Rep. Duane Stark, R-Grants Pass, advised lawmakers that the closure of the Capitol during the pandemic "is not an arbitrary or unreasonable decision, and does not go beyond what is reasonably necessary to enable the Legislature to make urgent policy decisions pertaining to the state's response to the virus and other urgent matters."

Nearman's case was originally before the House Committee on Conduct, which received an independent investigator's report that concluded "more likely than not" that Nearman aided the protesters.

Though Nearman was the first Oregon state legislator ousted, legislators in other states have been expelled in recent years. In New York in 2010, expulsion was based on domestic abuse. In Arkansas in 2019, it was based on failure to pay taxes. In Arizona, Colorado (both 2018) and North Dakota (March), they were based on accusations of sexual harassment.

The Oregon House came close to holding an expulsion vote in February on Rep. Diego Hernandez, who the House Committee on Conduct concluded had committed 18 violations of a legislative rule against creating a hostile work environment. But Hernandez, a three-term Democrat from East Portland, resigned the day before the scheduled vote.

House District 23, a largely rural district, includes pieces of Benton, Polk, Marion and Yamhill counties. The district, which has been reliably Republican for at least the past 10 elections, does not include the main Benton County population centers of Corvallis, North Albany and Philomath. Key cities in the district are Adair Village, Alsea, Amity, Dallas, Dayton, Jefferson, Monroe, Rickreall, West Salem, Willamina and parts of McMinnville.

A special committee of the Oregon House is now empowered to carry out its investigation of Rep. Mike Nearman in aiding anti-lockdown protester…

Oregon Legislature ending session with a flurry of activity

"Sine die is imminent," declared Senate President Peter Courtney on Tuesday, using one of the secret decoder ring-needed terms of the Oregon L… 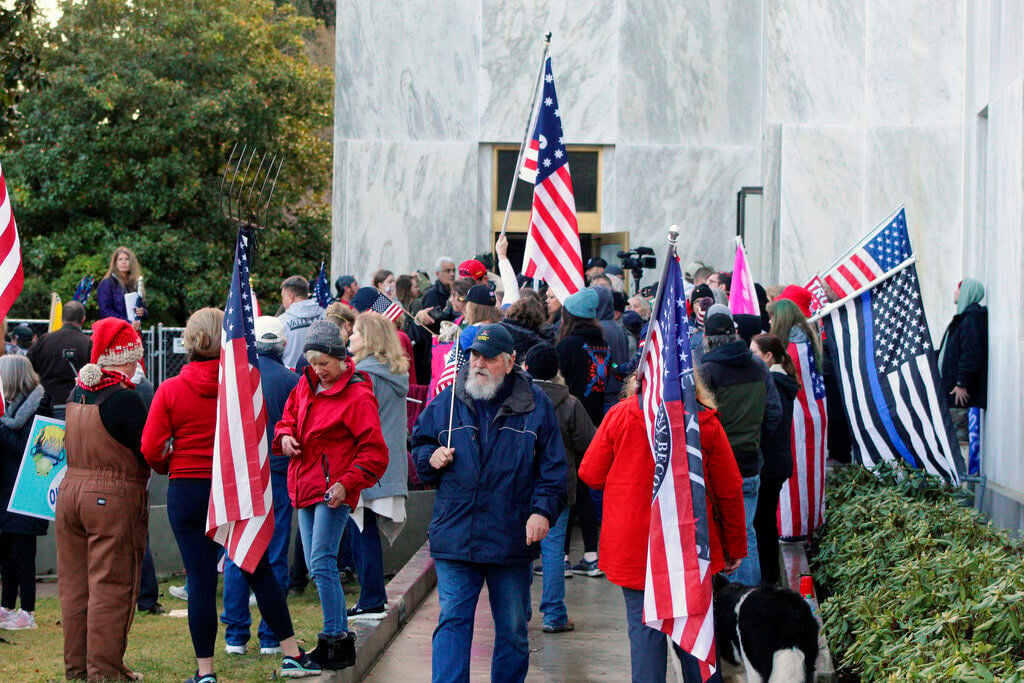 In this Dec. 21, 2020, photo, pro-Trump and anti-mask demonstrators hold a rally outside the Oregon Capitol as legislators met for an emergency session in Salem. During the protest Republican lawmaker, Rep. Mike Nearman, physically opened the Capitol's door — letting protesters, who clashed with police, gain access to the building. Nearman has been expelled from the Legislature. 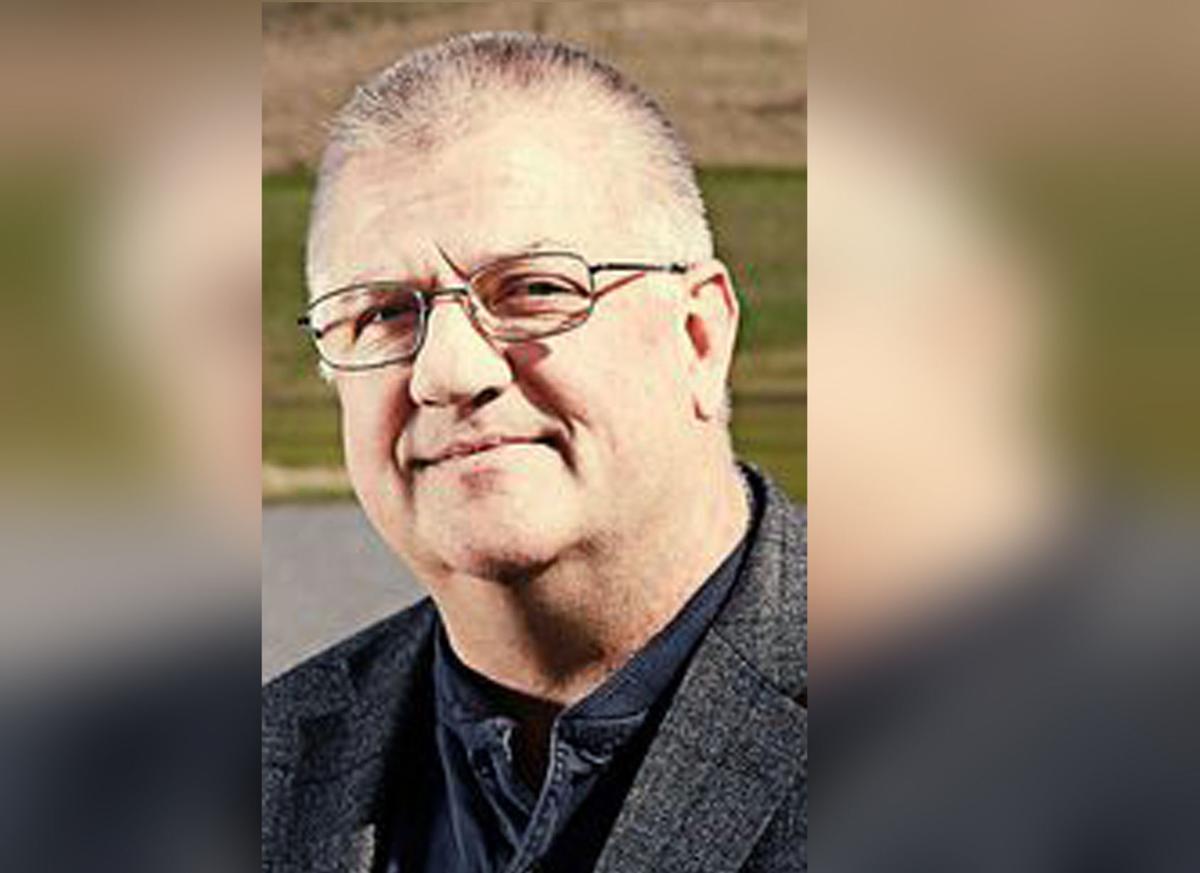