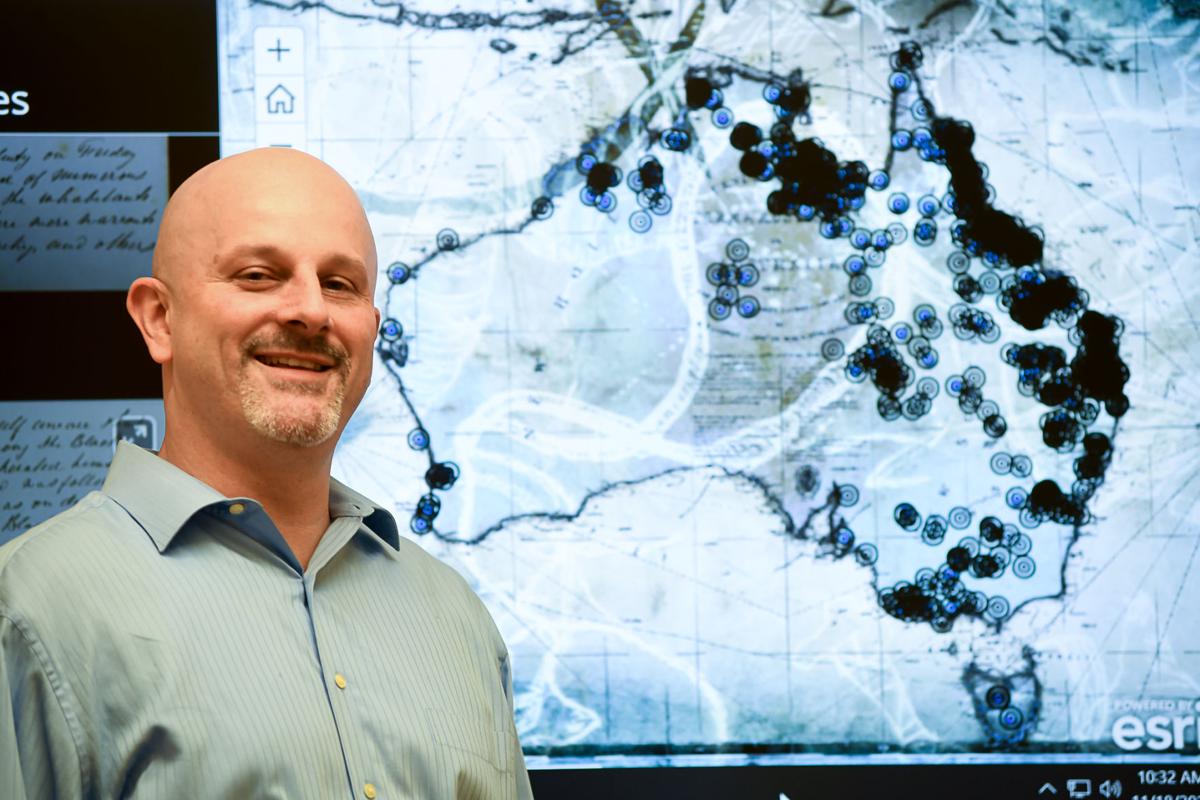 Oregon State University's Natchee Barnd is part of a project called "Decolonizing the Map," which aims to give Indigenous peoples a more central place in the way we think about the lands we live on. 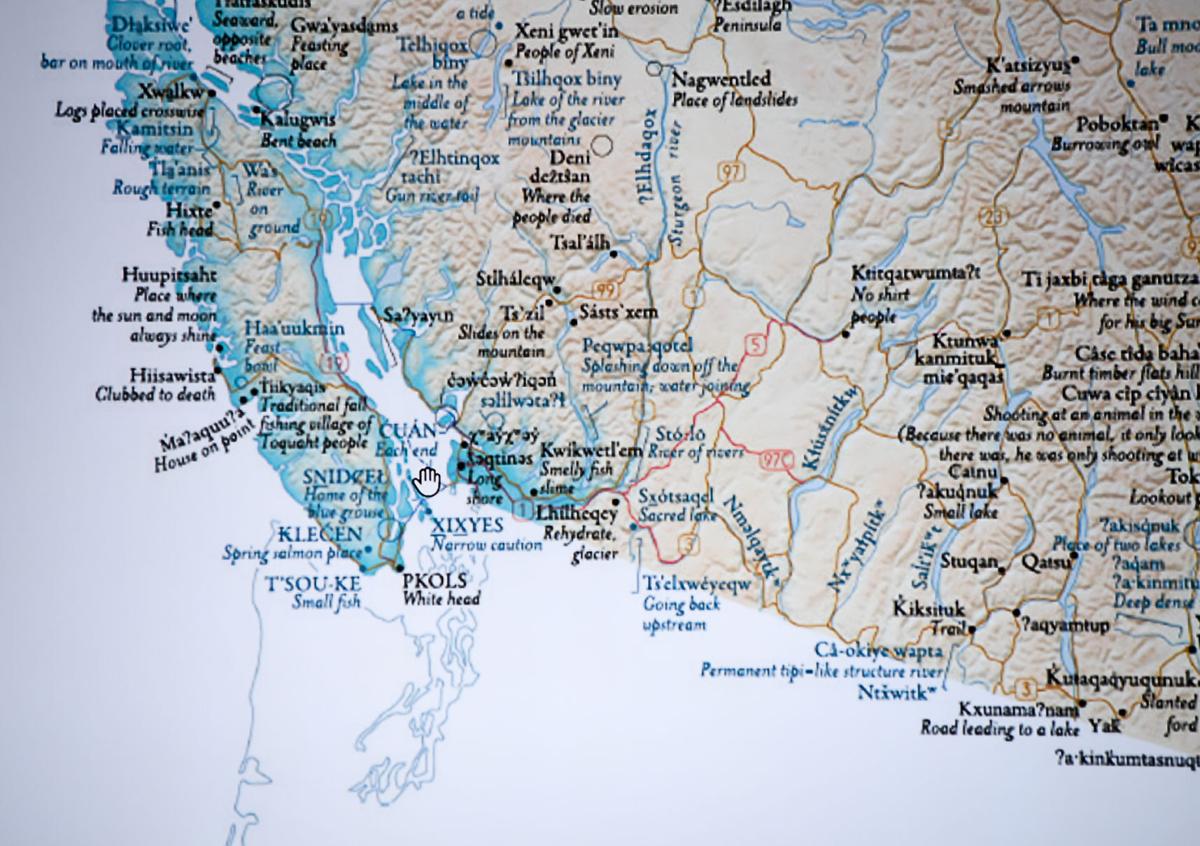 Maps have historically been used as a tool of colonization but can also play a role in reversing that process, according to Barnd. 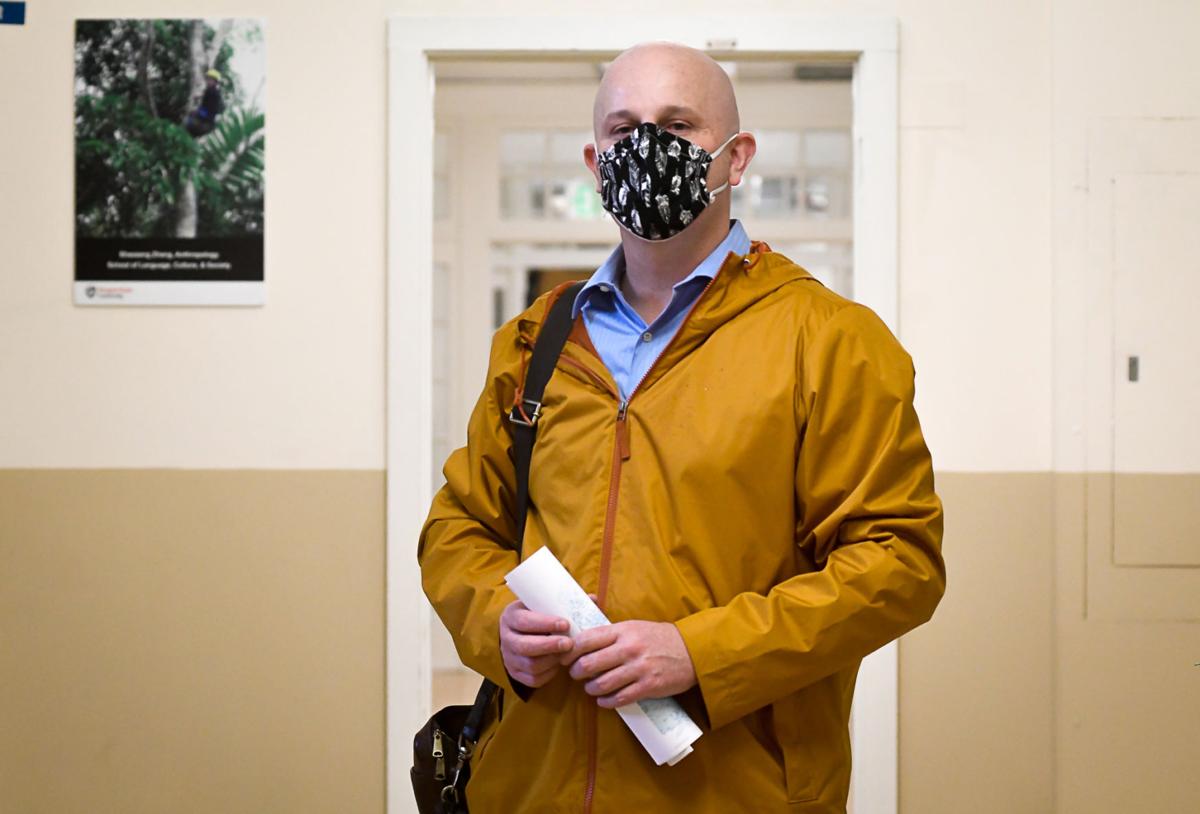 Natchee Barnd is an assistant professor of ethnic studies and Native American studies at OSU. 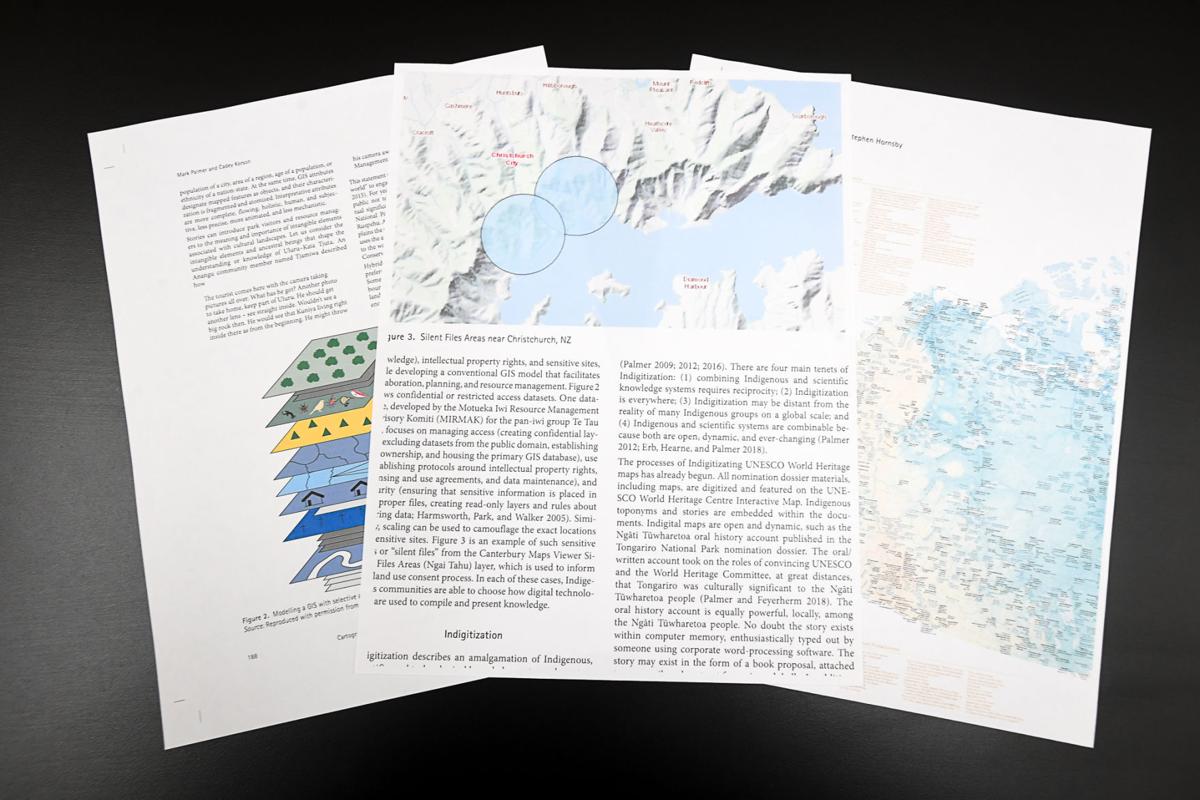 Barnd is one of several academics involved in the "Decolonizing the Map" project.

A few years ago, the Confederated Tribes of Grand Ronde approached the state of Oregon about reestablishing a fishing platform at Willamette Falls.

“The people on the board or at the agency they approached basically said they felt weird that they were asking them for permission,” said Natchee Barnd, an assistant professor of ethnic studies and Native American studies at Oregon State University. “Of course they should be able to do this. It was a really poignant moment of recognizing the moral dilemma in the power dynamics.”

Those power dynamics are at the heart of a project called "Decolonizing the Map: Re-centering Indigenous Mappings."

Barnd, along with experts from the University of Victoria in British Columbia and the University of Arizona, are working on a series of essays in the latest Cartographica Journal aimed at reintroducing Indigenous cartography. The project examines the land as it was before colonization and recognizes that the space existed before 1492 with its own names, purposes and people. The essays explore how mapping has historically been used as a tool of colonization and how Indigenous groups are currently attempting to reclaim traditional spaces and names through their own mapping.

“People think of a map as somehow a translation of what is. And it’s never that. It’s always an interpretation and a representation of some value, some interest, whatever that may be. There’s an embedded political nature,” Barnd said.

The effort isn't necessarily aimed at changing the names of modern-day landmarks or replacing the maps widely used today. It's part of a broader conversation surrounding decolonization that has taken on several meanings, with different desired outcomes among different tribal communities and scholars.

“There’s some confusion about the way the word ‘decolonization’ is used,” Barnd said. “A fundamental shift in the idea and how we use it is to emphasize the root, which is colonization, which is about land and territory.”

That doesn’t mean returning 100% of land to tribal communities, Barnd said, but allowing space for a reconciliation of the idea beyond the recognition that today’s society exists on Indigenous land.

“Wildfires is one of the ways we see,” Barnd said, noting possible co-management of national parks by governmental agencies and tribal communities as an example of decolonization. “We see so many agencies going back to that knowledge that fire was always a part of the ecosystem and landscape, and after hundreds of years of fire suppression policies, we’ve screwed it up — and, of course, global warming makes it harder.”

For some in Indigenous communities, this can mean tribal governments would have official roles in managing government-owned state and national parks while others are asking for Indigenous voices to be in the conversation surrounding management.

Beyond possible co-management and decolonization, the remapping project, Barnd said, is an opportunity to think about the research being done and what a decolonized map might look like.

Much of Oregon, for example, is on Kalapuya land.

Some tribal communities have taken up the cause of Indigenous mapping to reinforce historical treaties or map the locations of missing and murdered Indigenous women.

“For over five centuries, cartographic map-making has played a pivotal role as a political technology of empire-building, settler colonialism, and the dispossession of Indigenous lands,” the introductory article in the journal reads. “Yet Indigenous peoples themselves have long engaged in their own mapping practices to share ancestral knowledge, challenge colonial rule, and reclaim Indigenous ‘place-worlds.’”

Mapping out sacred locations and resources and providing that information to the public, however, would be a community-by-community decision, Barnd said. Some tribes may choose not to share with the public the location of certain resources used in cultural ceremonies or traditions to avoid the possibility of people from outside the tribal community taking those resources.

“Even with acknowledgement, it’s always intended as the first step,” he said of decolonization. “We’re establishing and articulating that there’s a relationship there (between the land and Indigenous communities), so the next question (in decolonization) is what do you do with that?"

The answer, Barnd said, can differ depending on our own place of authority and the resources we have to institute change. For example, he said, a government official or board would have more sway over decolonization efforts than a private individual.

"If we’re talking about decolonization, we’re talking about land, and depending on who we are and how much power we have in resources or decision making, we have to say, 'How can we extend this (acknowledgement) and say our responsibility to Indigenous people is how do we open their access to this land?'"

The series of essays exploring Indigenous mapping is available in Volume 55, Issue 3 of Cartographica.

In the nine months since COVID-19 reached the U.S., health officials have been clear on how to best combat the virus: wash your hands and wear…

How did Albany resident Lena Spencer end up with a car trunk full of pads and tampons?

Anna Harryman’s office sits almost directly in the middle of the open-space classrooms of Albany Options School. And it’s not unusual for stud…

Oregon State University's Natchee Barnd is part of a project called "Decolonizing the Map," which aims to give Indigenous peoples a more central place in the way we think about the lands we live on.

Maps have historically been used as a tool of colonization but can also play a role in reversing that process, according to Barnd.

Natchee Barnd is an assistant professor of ethnic studies and Native American studies at OSU.

Barnd is one of several academics involved in the "Decolonizing the Map" project.