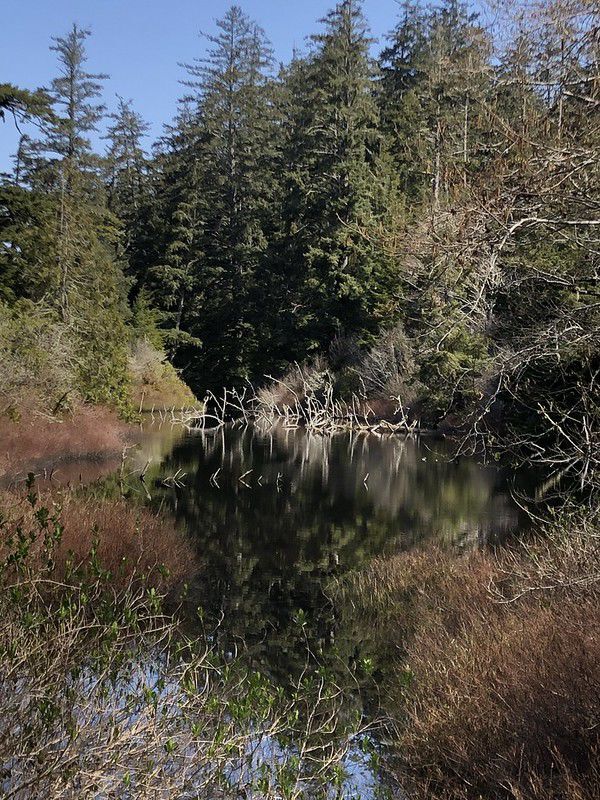 Here is a look at a stand of old-growth Douglas fir trees at a pond in Mike Miller Park near Newport. Oregon State University researchers have discovered signs of reduced growth in the trees as a result of the 1700 earthquake and tsunami in the Cascadia subduction zone. 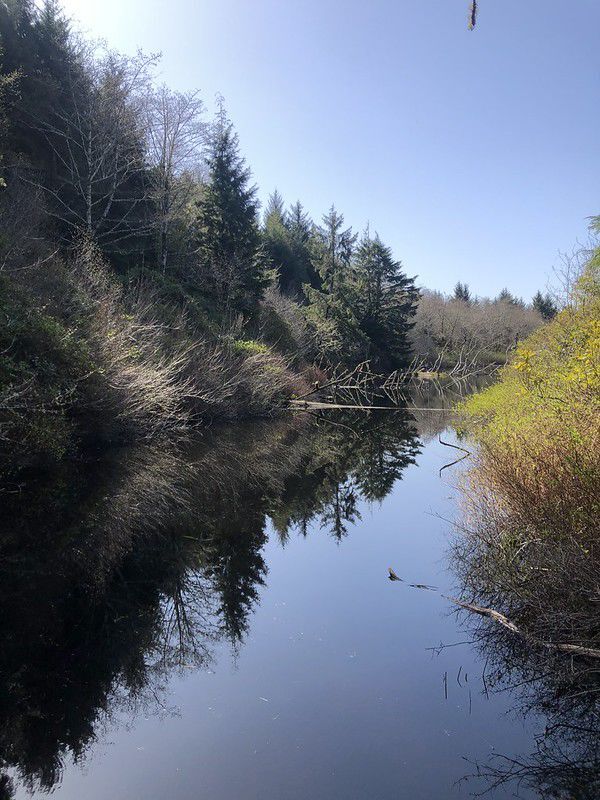 The massive 1700 earthquake and tsunami in the Pacific Northwest led to reduced growth in Douglas firs at Mike Miller Park near Newport, Oregon State University researchers are reporting.

Oregon State University researchers have uncovered new evidence of the impact of the famed 1700 earthquake in the Pacific Northwest.

The 9.0 quake and resulting tsunami in the Cascadia subduction zone apparently led to slower growth in Douglas fir trees in the Newport area.

Core samples taken from a stand of old growth Douglas fir trees in the South Beach area just south of Newport showed reduced growth following the 1700 quake. The physical evidence from the Douglas fir tree rings confirms modeling that depicts the reach of the January 1700 quake, which was the last major earthquake to hit the Cascadia Subduction Zone, said Robert Dziak, a professor at OSU’s Hatfield Marine Science Center.

“The tsunami appears to be the event that most affected the trees’ growth that year,” said Dziak, whose work includes ocean acoustic studies, signal analysis and tsunami modeling. “Getting these little bits of the picture helps us understand what we might expect when the next ‘big one’ hits.”

The findings were published in the journal Natural Hazards and Earth System Sciences.

Previous research on trees in Washington state showed evidence of the 1700 quake in trees there, and Dziak thought it might be worth seeing if similar evidence existed in Oregon. The first challenge was finding a stand of old growth Douglas firs in the tsunami inundation zone. The researchers looked at a few places before locating the stand in Mike Miller Park in South Beach, about two kilometers south of Yaquina Bay and 1.2 kilometers east of the present-day ocean shoreline.

“We’re not sure why this tree stand wasn’t logged over the years, but we’re very fortunate to have a site so close to the coastline that has survived,” said coauthor Bryan Black of the Laboratory of Tree-Ring Research at the University of Arizona in Tucson.

A new and updated tsunami model run by the researchers as part of the study shows that the area could have been inundated by up to 10 meters of water in the 1700 tsunami event, said Dziak.

Once the old growth stand was identified, the researchers collected core samples from about 40 trees using a process that allows them to analyze the tree rings without damaging the overall health of the trees. The majority of the trees dated to around 1670, with one dating to 1650, Dziak said.

Researchers are still working to figure out why the tsunami might have affected the trees’ growth since the trees are relatively far from the shoreline. They suspect it may be a combination of the ground shaking from the earthquake and the inundation by seawater.

“The salty seawater from a tsunami typically drains pretty quickly, but there is a pond area in Mike Miller Park where the seawater likely settled and remained for a longer period of time,” Dziak said.

Black added that the researchers’ next step is to conduct an isotopic analysis on the wood from 1700.

“We will look for signatures consistent with those found in trees that were inundated by the 2011 Tohoku tsunami in Japan,” he said. “If successful, we could develop a powerful new technique to map prehistoric tsunami run-up along the Pacific Northwest coast.”

The Cascadia subduction zone stretches from northern Vancouver Island in Canada to Northern California. It is a long, sloping subduction zone where the Explorer, Juan de Fuca, and Gorda plates move to the east and slide below the much larger North American Plate. The zone varies in width and lies offshore beginning near Cape Mendocino, Northern California, passing through Oregon and Washington, and terminating at about Vancouver Island in British Columbia. Tectonic processes active in the Cascadia subduction zone region include deep earthquakes, and the active volcanism of the Cascades. The volcanism has included such notable eruptions as Mount Mazama (Crater Lake) about 7,500 years ago, the Mount Meager massif (Bridge River Vent) about 2,350 years ago, and Mount St. Helens in 1980 as well as the last major earthquake in the zone in 1700.

A new grant will allow Oregon State University researchers to study the nutritional value of more than 100 bee-pollinated crops and plants, a …

Research by an Oregon State University graduate student has shed new light on the status of a toad previously thought to be endangered.

Oregon State University received over $380 million in research funding for the fifth straight year in a row. Despite the pandemic, research ex…

The first doctorate in physical therapy program at a state public university in Oregon launched this fall at Oregon State University-Cascades,…

The Sun may be Earth's mysterious extraterrestrial water source

The Sun may be Earth's mysterious extraterrestrial water source

Here is a look at a stand of old-growth Douglas fir trees at a pond in Mike Miller Park near Newport. Oregon State University researchers have discovered signs of reduced growth in the trees as a result of the 1700 earthquake and tsunami in the Cascadia subduction zone.

The massive 1700 earthquake and tsunami in the Pacific Northwest led to reduced growth in Douglas firs at Mike Miller Park near Newport, Oregon State University researchers are reporting. 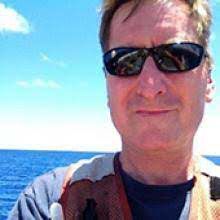