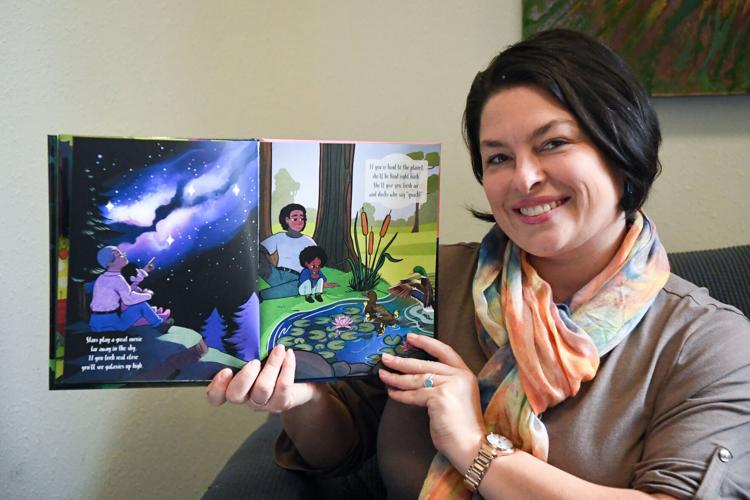 Amoris Walker, local author and host of Stories & Legends from the heart of The Valley, publishes illustrated children’s story focusing on getting kids outside and protecting our habitats. 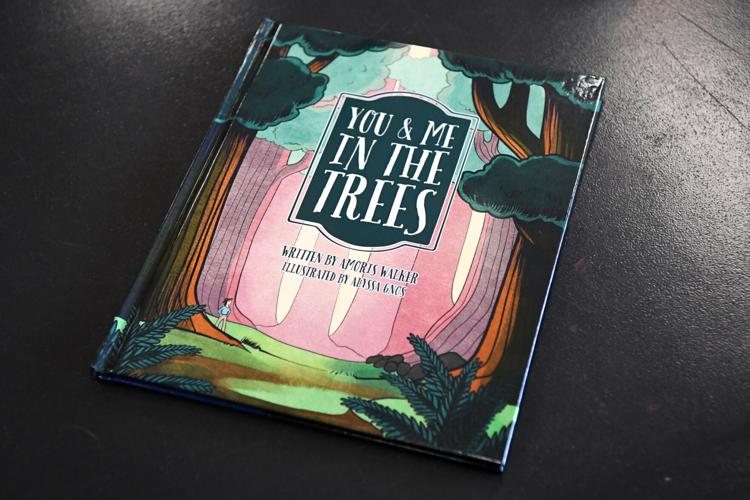 Amoris Walker's new book fulfills a dream of writing a book for her 2-year-old daughter. 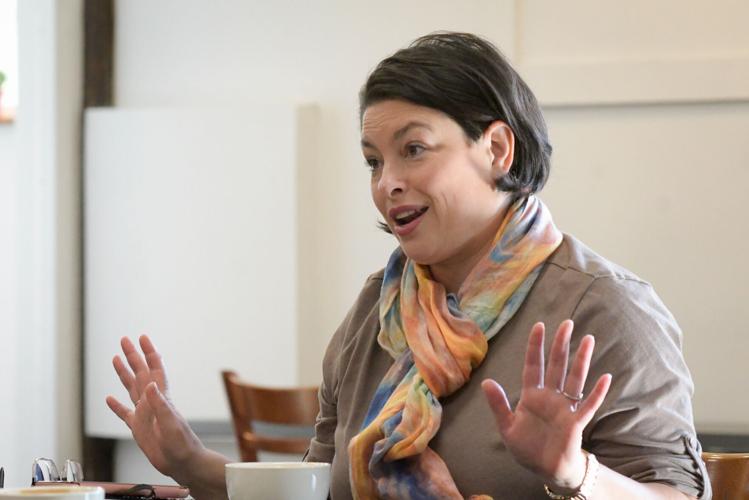 Amoris Walker decided to go with a self-hybrid publishing option with Mascot Books, which allowed her to pay the company to help her self-publish and have total control over the book.

"You & Me in the Trees" is Philomath author Amoris Walker’s love letter to her family and the great Oregon outdoors.

“I'm always reading tons of children’s books, and sometimes I sit there reading to her at night, thinking some of these books are not that great,” Walker said. “And I thought, ‘Well, why am I not a candidate to put good things out into the world?’ So she was really the conduit for me to finally get this book out.”

The rhyming lyrics about nature and conservation that would eventually make up the words in the book came to Walker in a dream she had around 4 a.m., she remembers. She sent the poem to Gnos, a college student who lives in California, and Gnos sent back almost the exact artwork that made it into the finished product. Walker only made two changes.

“She totally nailed it,” Walker said.

A focus on diversity

Not only did Gnos include a variety of plants, animals and geography in her illustrations, but of people and families too. Walker said one literary agency she submitted the book to refused to carry it because representatives believed there were too many different family types for kids to follow.

“Kids are really intelligent, and they need lots of people to look at — not just one main character who might have blonde hair and blue eyes just like them,” Walker said. “So kids are going to have people in here that are going to look like people they know. And I find that really, really inspiring.”

Some of the scenes feature androgynous characters who could be an aunt or an uncle, and one page shows two women holding hands in front of a campfire with their heads together enjoying the moment. Walker said these diverse family representations will be present in the seven other books she has planned for the series.

“There's no future where that isn't part of who we are as a human race,” Walker said. “I'm not telling anybody or any kid who they are or what they should be. All I see here is a lot of love.”

Walker decided to go with a self-hybrid publishing option with Mascot Books, which allowed her to pay the company to help her self-publish and have total control over the book. Mascot helped with the marketing and got her book into the Library of Congress, which means it is now in Barnes & Noble, Target, Amazon and Walmart.

Any local bookstore can order the book, and "You & Me in the Trees" is available at Common Fields in Corvallis.

Walker’s dad, Morris Walker, is a published author of fiction and nonfiction novels, so Walker had caught the writing bug long before her daughter was born. She had wanted to write a book for years before she actually did, and mid-pandemic, she finally decided it was time.

Walker set up a kick starter campaign to get her book paid for, and initially set a goal for 40 days. She exceeded that goal within six days, raising more than $8,500 from 200-plus backers.

“The response has been overwhelmingly positive,” Walker said. “Kids love it, the parents love it. So that feels really good.”

Walker grew up in a family band called the Earth Walkers, performing thousands of shows for schools with a message to protect the earth. Walker is currently working on a novel about her childhood in the band, but the children’s book series seemed a little less daunting to launch her writing.

She said it was difficult to decide to whom to dedicate the book because she wanted to list paragraphs of people, namely her father, mother, brother, best friend and husband, Andy. In the end, she went with Kahlia so her daughter can always know her mommy’s first published book was for her.

“She loved every page,” Walker said. “That was honestly the seal of approval.”

The official release date of the book is March 1. It is available for pre-order at https://bit.ly/MascotPreOrder. Walker is available to do storytimes at schools or libraries and can be contacted at @youandmebooks on Instagram.

Julie Green — artist, teacher, human, friend — spent their life honoring the lives of others through art.

Christopher Cousins, a PhD candidate from Oregon State University, has received a $100,000 scholarship to further his work of researching habi…

It wasn't easy to find a business owner willing to host the mural. Here's where it landed.

The big reveal at Bombs Away Café is tonight.

Editor's Note: This story has been updated to reflect the number of featured student soloists.

A proposed 42-acre housing subdivision got the go-ahead from the Corvallis Planning Commission on Wednesday, Feb. 16.

In its latest report on COVID-19 case counts, the Oregon Health Authority asked the public to avoid visiting emergency departments for COVID-1…

The 650-person town of Monroe opened its first arts association to the public in November, a creative hub that supports 27 rural artists from …

Araceli Acosta was named the 2022 Youth of the Year representative at the annual Corvallis Boys and Girls Club luncheon Friday afternoon, March 4.

On display in Corvallis: Crocheted donuts show art is what you make it

“Art About Agriculture” is presented by the College of Agricultural Sciences at Oregon State University.

Albany actors back on stage for "Clue"

Albany Civic Theater is producing “Clue” this April for both in-person and virtual audiences.

Corvallis author encourages families to 'Listen' to the world around them

Corvallis author Gabi Snyder finds peace through slowing down and listening to the world around her, and she encourages children and families …

Amoris Walker, local author and host of Stories & Legends from the heart of The Valley, publishes illustrated children’s story focusing on getting kids outside and protecting our habitats.

Amoris Walker's new book fulfills a dream of writing a book for her 2-year-old daughter.

Amoris Walker decided to go with a self-hybrid publishing option with Mascot Books, which allowed her to pay the company to help her self-publish and have total control over the book.