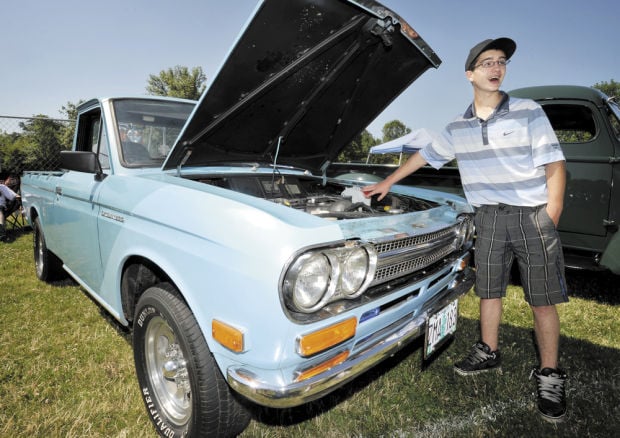 Brandon Kinney shows off the modifications he has made to his 1970 Datsun that was on display at the Philomath Classic Car Show last July. (Andy Cripe | Corvallis Gazette-Times) 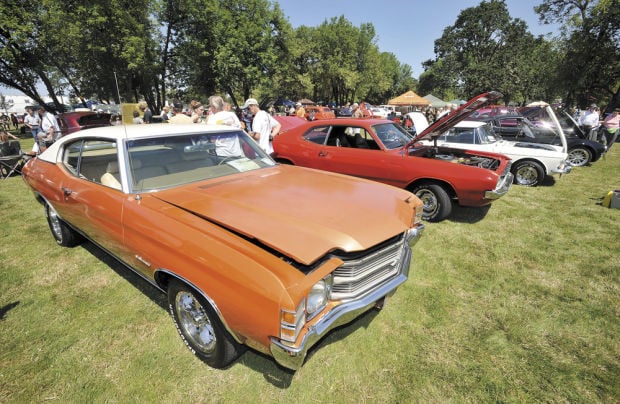 The Philomath Classic Car Show, shown here in a file photo from last July, is an annual event sponsored by the Philomath Area Chamber of Commerce. (Andy Cripe | Corvallis Gazette-Times)

The Philomath Area Chamber of Commerce’s largest yearly event, the 16th annual Philomath Classic Car Show, will be held from 9 a.m. to 3 p.m. Saturday in the Philomath City Park.

Adrian Ferbrache, the chair of the event committee, said the car show is free for spectators and around 150 vehicles will be on display.

According to Ferbrache, the show will have “a lot of beautiful cars,” likely including World War II era jeeps, amphibious military vehicles, and antique fire trucks, in addition to a variety of hot rods and muscle cars.

“We have a taste of everything in the automotive world,” he said.

Ferbrache, who has been involved with the show for 12 years, said the car show has a special appeal to people who went to high school in the 1950s and ’60s, but it has multi-generational appeal.

He said the show will have music, food, drawings for prizes, and a variety of vendors. The event will also include a presentation of awards for vehicles in the show.

He added the park also has a playground, and the area has lots of shade.

“It’s not in a big hot parking lot like a lot of car shows,” he said.

Ferbrache said the people who work to make the event happen do so because of their interest in classic cars.

“We’re just gearheads who like hot rods,” he said.

Albany politician Jo Rae Perkins was part of the mob that stormed the Capitol in Washington, D.C., last week but says she didn't enter the bui…

A Washington state police dog is recovering at Oregon State University after surgery for bullet wounds incurred Wednesday during a police chase.

Corvallis Culinary Month looks to give boost to local restaurants

Mid-valley adds 79 COVID-19 cases, with a death in Benton County

The mid-valley added 79 new confirmed and presumptive cases of COVID-19, the Oregon Health Authority announced on Wednesday, while the state a…

The Republican from Independence, who represents much of rural Benton County, made no apologies for his action.

The insurrection at the Capitol on Jan. 6, like the election of Donald Trump to the presidency in 2016, can be seen as a reaction by white sup…

Brandon Kinney shows off the modifications he has made to his 1970 Datsun that was on display at the Philomath Classic Car Show last July. (Andy Cripe | Corvallis Gazette-Times)

The Philomath Classic Car Show, shown here in a file photo from last July, is an annual event sponsored by the Philomath Area Chamber of Commerce. (Andy Cripe | Corvallis Gazette-Times)