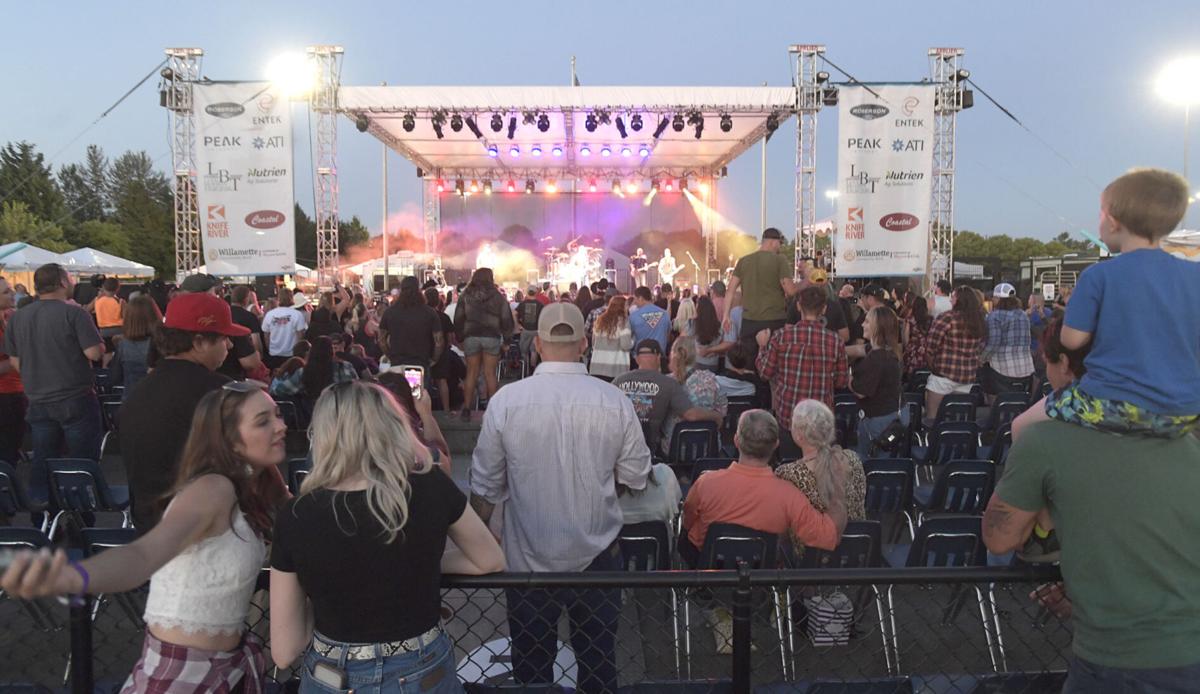 Fairgoers enjoy the music of Tyler Farr on Saturday night at the Linn County Fair. 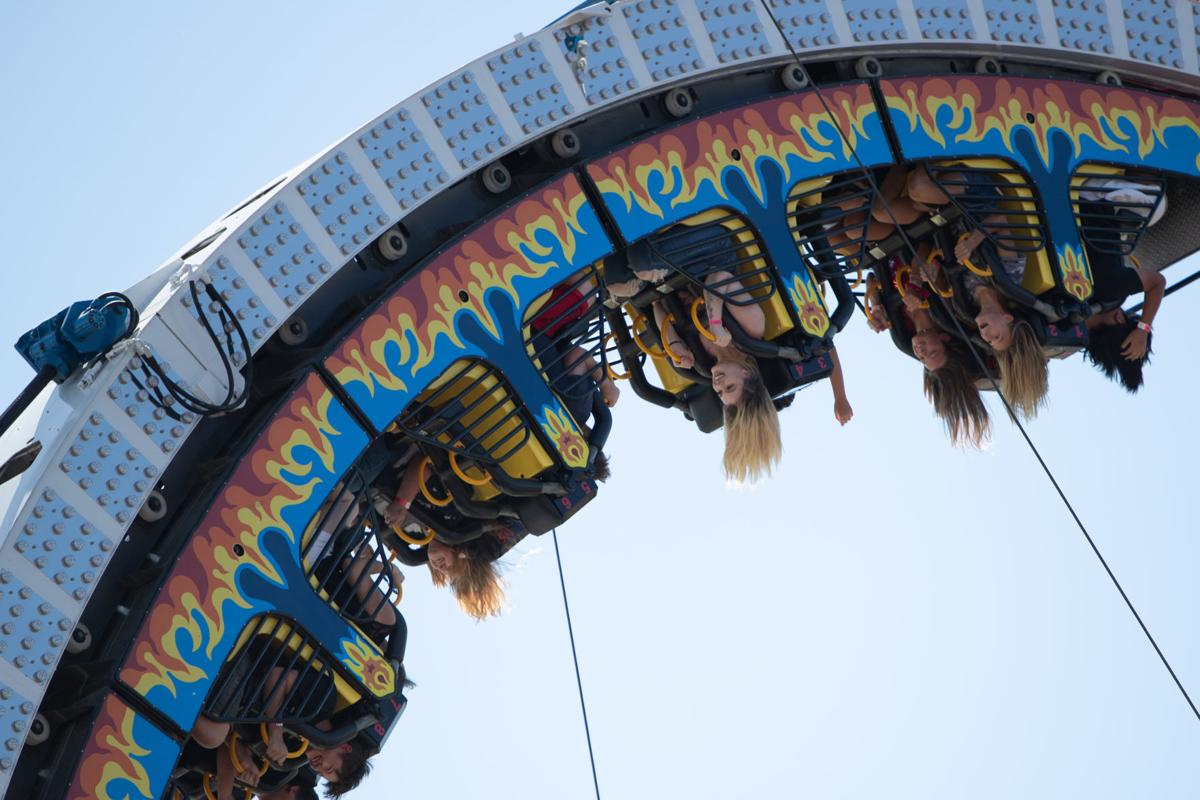 Attendees ride a rollercoaster at the Linn County Fair on Saturday. 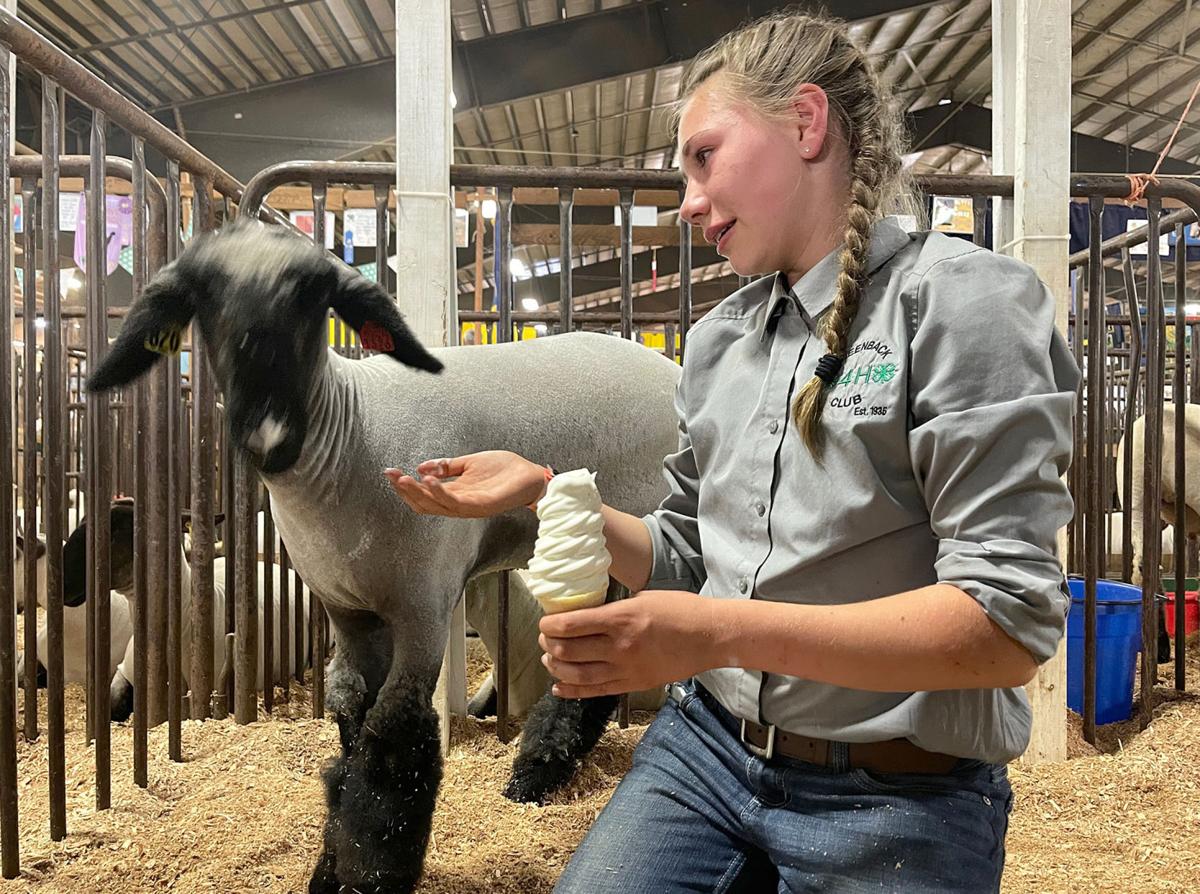 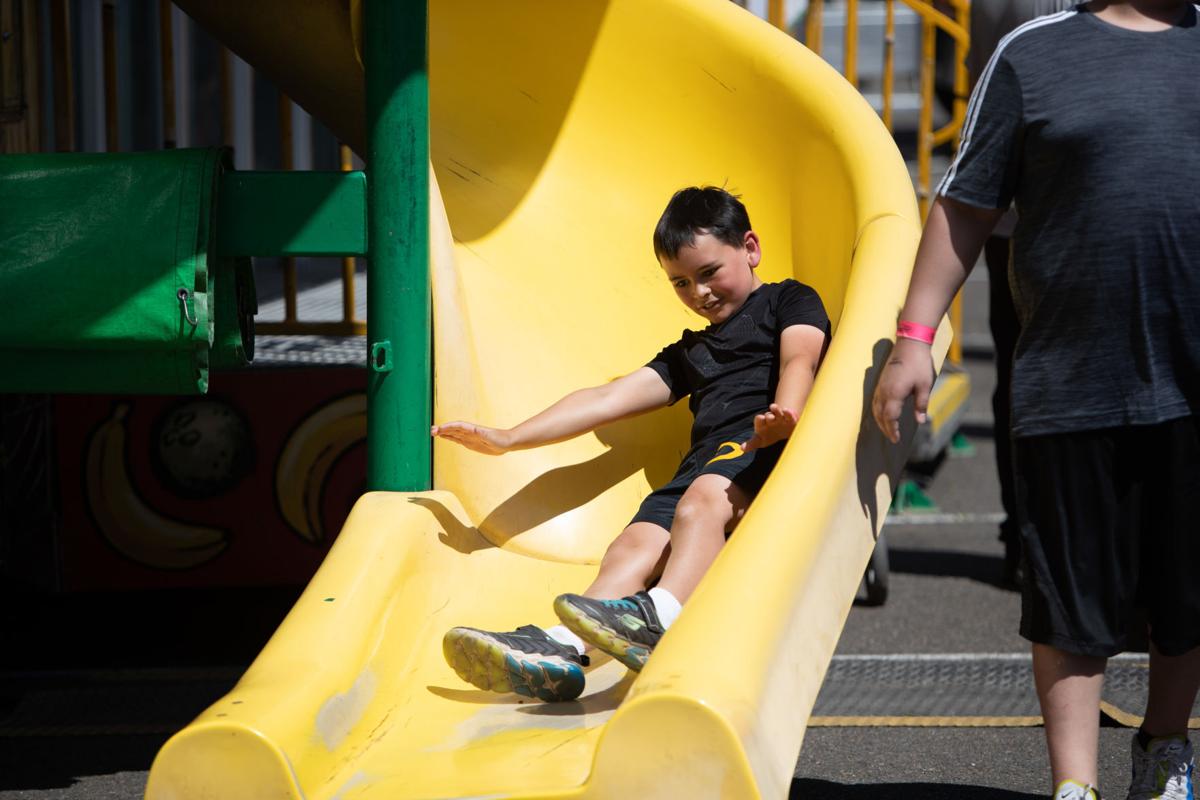 A child slides down the slide at the Linn County Fair on Saturday, July 17. 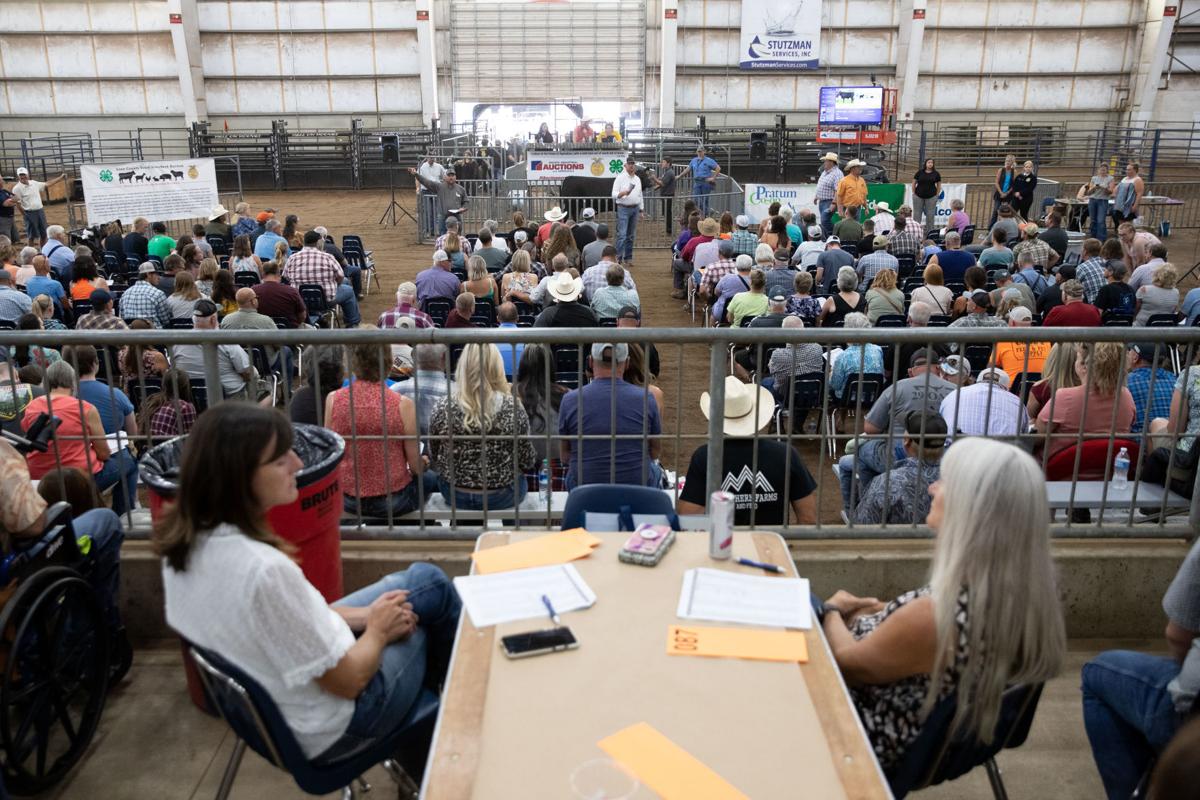 Crowds of bidders watch the livestock auction at the Linn County Fair on Saturday. 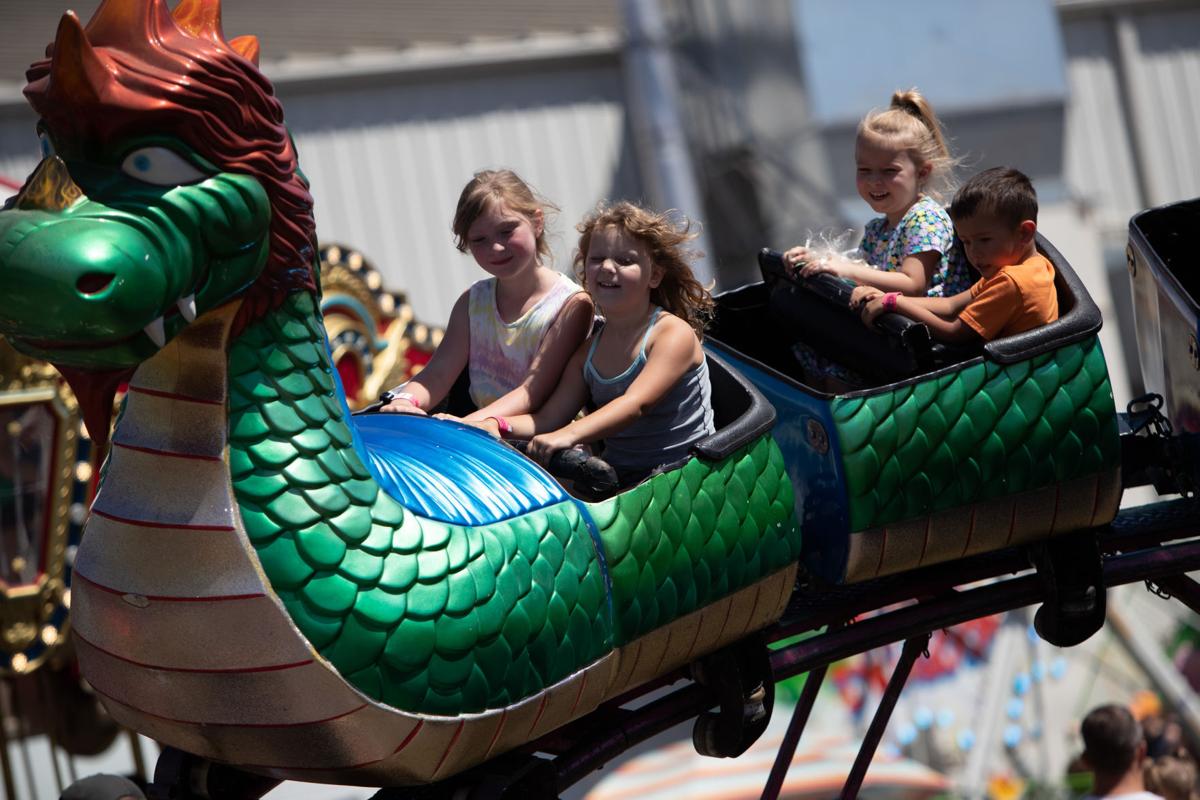 The most popular day of this year’s fair was Saturday, when 11,893 people stopped by the Linn County Fair & Expo Center in Albany.

“It was an absolute home run,” said Randy Porter, Fair & Expo Center manager, in the press release. “People were tired of being cooped up for the past 18 months. They wanted to get out of the house, spend a little money and have some fun. They did just that.”

The high attendance led to long lines of vehicles and lots of overflow parking as afternoon and evening crowds came from all over the mid-valley to attend the event. Lines for classic fair food like corn dogs and elephant ears, as well as booths to purchase ride tickets and bracelets, stretched across entire sections of the fairgrounds.

The Linn County Board of Commissioners celebrated the turnout at its Tuesday morning meeting this week, indicating that the fair will likely stick with the three-day format as opposed to moving back to the four-day event that the fair has been in previous years.

“We need to work with the Albany parks department to be able to use Timber Linn park for more parking due to the huge attendance numbers,” said Commissioner Roger Nyquist, who is also a fair board member.

“The numbers across the board are record-breaking and if that continues, we will need that extra parking space,” he added.

The Linn County board made the decision back in March to move ahead on holding an in-person fair this year, back when the COVID-19 vaccine was still new and being administered at the fairgrounds by county volunteers. It was unknown when or if the social distancing restrictions — which would have significantly limited in-person attendance — would have been lifted this summer.

Oregon lifted its statewide mandates on June 30, two weeks before the start of the fair. This led to changes pretty much right up until the last moment, said county officials.

“I want to thank all of the staff and volunteers who worked hard to make this happen," said Kris Latimer, fair board president, in the press release. “We were constantly adjusting things right until a couple weeks ago.”

The result of the in-person fair, after last year’s fair was cancelled and an all-virtual livestock auction was held instead, was a shattering of more than just attendance records.

The Linn County Youth Livestock Auction brought in more than $1 million for 249 lots of animals, which is even slightly under the typical number of auction items.

Food and drink vendors reported increased sales and Davis Northwest Carnival, which owns and operates the rides, reported an increase of 177% in profit.

“This was truly a community celebration,” Nyquist said. “It was heartwarming to see anything kid-related get such a positive response. Participation was through the roof.”

The Linn County Fair returned in all its rustic glory this year after COVID cancelled all but the 4-H livestock auction last year. Vendors and…

Fairgoers enjoy the music of Tyler Farr on Saturday night at the Linn County Fair.

Attendees ride a rollercoaster at the Linn County Fair on Saturday.

A child slides down the slide at the Linn County Fair on Saturday, July 17.

Crowds of bidders watch the livestock auction at the Linn County Fair on Saturday.