Donald Gene Smith, 78, of Lebanon, died on Sunday, October 13, 2019. A memorial service will be held at 3 p.m. on Saturday, October 19, at the Brownsville Baptist Church. AAsum-Dufour Funeral Home is handling the arrangements.

Flora Ann Spencer, 87, of Albany, passed away Monday, October 14, 2019. A celebration of life memorial service will be held at 2 p.m. on Tuesday, October 29, at the Hope Church in Albany, 2817 Santiam Highway SE. Fisher Funeral Home is handling arrangements.

William S. Andrews, age 78, of Corvallis, died Saturday, October 12, 2019. Please share your thoughts and memories for the family at www.demossdurdan.com.

Loucinda Carter, age 58, died Sunday, October 13, 2019, at her Alsea home. Please share your thoughts and memories for the family at www.demossdurdan.com.

Margaret Lee, age 80, died Friday, October 11, 2019, at the Oregon Veterans Home in Lebanon. Please share your thoughts and memories for the family at www.demossdurdan.com.

Betty Lucille Sullivan, 78, of Lebanon, passed away in Albany on Sunday. She was born in Byars, Oklahoma, to William Henry and Phoebe May (Robbins) Sullivan.

She lived in many places over her lifetime including California, Oregon and Louisiana.

Betty was successful in many professions including owning a restaurant, a flower shop and Grandmother’s Day Care in Salem.

She loved her family, especially the little kids. She enjoyed water therapy and yard work. She loved roses, her dogs, vanilla ice cream, potato chips and coffee. She was a member of Calvary Chapel in Lebanon.

She is survived by her sons: Dwight and his wife Andrea McGhee of Tumwater, Washington, Michael McGhee, Daniel McKinney both of Kennewick, Washington; daughters: Frances Phillips, Ginger and her husband William Hankins all of Lebanon; eight grandchildren, eight great-grandchildren with two more on the way.

A memorial service will be at 4 p.m. Saturday, October 19, at Sweet Home Funeral Chapel. 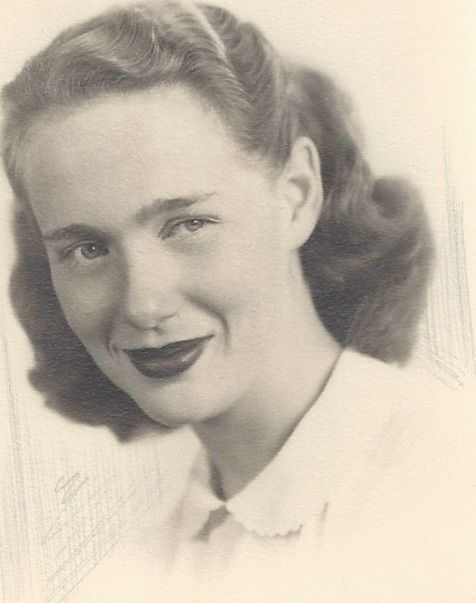 Jean was born February 16, 1929, to Kenneth B. and Frances L. Hall in Oregon City. She was their second child, her older brother James being born 4 years prior. Jean is actually her middle name, but she made me swear not to reveal her real first name!

She grew up in the family home, attending primary schools in Lake Oswego and graduating from Lincoln High School in 1947. Jean attended Oregon State College (now University) where she followed in her mother’s footsteps and pledged the Chi Omega sorority. Jean made many lifelong friends in Chi Omega and stayed actively involved as an alumni becoming the long time Foundation President.

During her years growing up in Lake Oswego, her father owned and operated Spring Meadow Farms raising Black Angus cattle and Arabian horses. Jean became an avid and accomplished horsewoman, winning many competitions up and down the West Coast.

While at OSU, Jean met a young farmer from Corvallis named Ed Reynolds. A month after graduating from OSC, Ed and Jean were married on July 14, 1951. The honeymoon was spent in Vancouver and Victoria, B.C., Canada.

Upon returning to the Corvallis area, Ed and Jean started a ranch south of Philomath on Bellfountain Road, raising sheep and Angus cattle. After four years, Ed and Jean decided to get out of the livestock business and returned to Ed’s family farm to take over operations from Ed’s father, Jay. Ed started a new business, Reynolds Oil Company, to take advantage of the down time in the winter by delivering heating oil. Harvesting grass seed crops in the summer and delivering oil in the winter kept them busy, Ed doing the farming and oil deliveries and Jean driving seed trucks and doing the books. Still, they had time to go on trips with friends all over the state and occasionally to Reno, Nevada.

In 1960 the couple welcomed their only child, Kenneth Jay, into the family. Over the next decade they worked hard and expanded the farm with Ed handling the daily operations and Jean managing the books (and Kenny).

Jean lived a life of purpose and had a passion for volunteering. She was a member of PEO, Daughters of the Nile, Corvallis Elks and a founding member of the Corvallis Assistance League. She didn’t just show up at these organizations, she immersed herself in leadership roles and the clubs activities. Jean was the first President of the Corvallis Assistance League, and served many years as the head of the Chi Omega Foundation. She also served on various committees for the Corvallis Country Club, and was on the Benton County Elections Board.

In 1975, Ed and Jean purchased a half interest in a Cabana motor home. Thus began a 22-year love affair with RVing. They covered the continental United States from coast to coast, usually traveling with a group of their best friends. Their excursions led them as far south as Cancun, Mexico, and all the way north to Alaska. Their love of travel also took them around the world with stops in Europe, China, Japan, Australia, New Zealand and cruises in the Caribbean. Jean was the travel agent for these adventures, managing all the bookings and planning.

In 1984, having seen much of the country by RV and never stopping for more than a week in one place, they discovered the Palm Springs area and fell in love with it. After 13 years of traveling to Palm Springs and staying in one spot for three months a year in their RV, Ed and Jean purchased a home in Palm Desert in 1997. The two would spend the fall and winter in their new home, returning to Corvallis in April so Ed could help out on the farm, leaving after harvest for the Campbell River, Canada and enjoying a month of salmon fishing.

Jean was an avid OSU Beavers fan, holding season tickets for football and basketball since 1955. She also loved to play golf, mostly at the Corvallis Country Club and then at their home course in Palm Desert.

But most of all, Jean loved being a mom to her son, and a grandmother to her 3 grandchildren. She loved to take them to the beach in the motor home and especially loved their visits to Palm Desert. Even as her health deteriorated this last year, she was determined to see her oldest grandson's wedding, which she attended this August. She was on cloud nine for weeks after that, she was so proud of her family.

Jean was preceded in death by her husband of 56½ years, Ed. She is survived by her son and daughter-in-law Kenny and Heidi Reynolds, and her niece, Mickie Hoff (Eric); nephew, Peter Hall (Cindy); grandsons Cole Reynolds (Alyssa), Luke Reynolds, and granddaughter Megan Reynolds.

There will be a reception to honor Jean’s life on Sunday, November 3, 2019, at the Corvallis Country Club from 2 to 6 p.m.

The family would like to express our deepest and most heartfelt thanks to the staff at Timberhill Assisted Living and Lumina Hospice. Your loving and caring support of Jean (and us) these last few years will never be forgotten by her family. Cheers to you all.

You may leave thoughts and memories for the family at www.mchenryfuneralhome.com. 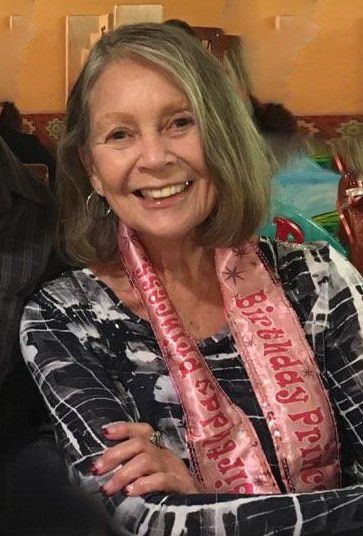 Jan moved to Oregon in 1967. She loved Hawaii and lived there for five years. She worked at the telephone company and the Ford dealership in Lebanon. Jan was an entrepreneur and successfully ran several businesses in Oregon and Hawaii. She was always willing to offer a job to others and taught us all the meaning of hard work and commitment.

She loved Friends and family, was an awesome cook and a master at hosting family gatherings. Jan always thought of others first and was quick to offer help to someone in need. She liked to keep busy and enjoyed working in her yard. Her house was always warm and inviting with an open-door policy.

She will be dearly missed by all who knew and loved her. 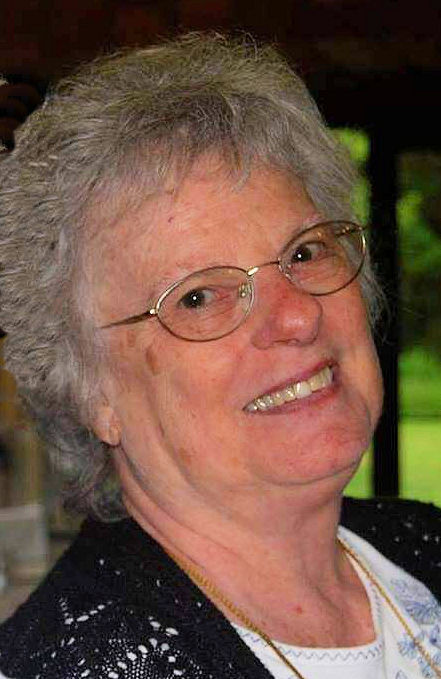 Vivian was born on June 13, 1938, in Long Beach, California, to Lucille Tortomasi and Walter J. Shoemaker and raised by her stepdad, Ernie M. Sellman. She was the oldest of six children.

Vivian married Manuel Perry Jr. on November 19, 1960, in San Gabriel, California. She was the mother of four children.

During her life, she dedicated her time to serving the Lord and caring for her family. She enjoyed serving in the church and her many callings. She loved quilting, gardening, growing flowers and beautifying the yard with them. She also loved her cat.

Vivian is preceded in death by her oldest son, Herschel Elton Perry.

She is survived by her husband, Manuel Perry Junior; her children, DeAnza Perry, Anita M. Russell, and Alan M. Perry; her many grandchildren, Vincent, Fawn, Travis, Sabra, Kimberly, Natasha, Jessie, John, Janaya and Nigel; as well as her many great-grandchildren.