Read through obituaries from Gazette-Times

Steven W. Larsen, 70, died in Bend on Thursday, November 14. A celebration of life is being planned for 3 p.m. on Wednesday, November 20, at Santiam Place, 139 S. Main Street. Please leave your condolences for the family at www.hustonjost.com.

Gilbert Lee Helvie, 92, of Albany, passed away on Wednesday, November 13. There will be no services held at this time. Fisher Funeral Home is handling arrangements.

David W. Schmidt Jr., age 53, died Wednesday, October 30, 2019, at his Corvallis home. Please share your thoughts and memories for the family at www.demossdurdan.com.

June Lorraine McRae, 98 of Albany, was promoted from this life to her Heavenly home.

She was preceded in death by her husband, Richard “Dick” McRae; her son, Doug McRae; and her grandson, Jesse McRae.

She graduated from Salem High School in 1939 and Oregon Normal School, now Western Oregon University, in 1943. While playing his saxophone in the band, Dick McRae saw her on the dance floor. Later that evening during a break in the band set, they met. They married on August 17, 1945. She became a homemaker, mother of seven children and helped Dick out with the heating oil business. As a steward of the environment, she was a recycler and avid organic gardener long, long before it was mainstream as were many that grew up during the Great Depression. June was an avid walker and loved hiking with her friends. She was an active member of her church and modeled her faith every day to her family no matter life’s circumstances, good times and bad. She was known to be active in daily prayer and persistent with her petitions especially for her loved ones. Her listening skills were well-honed and her gentle corrections were very influential in shaping values and character for those around her.

June is survived by her children, Jim (Esther) McRae, Mike (Stacey) McRae, Patti Hoffmire, Kathy (Dan) O'Dell, Peg McRae, and Jay (Mary) McRae. She is regarded as a treasure to her daughters-in-law and sons-in-law as well as her numerous grandchildren and great-grandchildren.

A celebration of life will be held at 1 p.m. on Saturday, November 23 at the Hope Church. 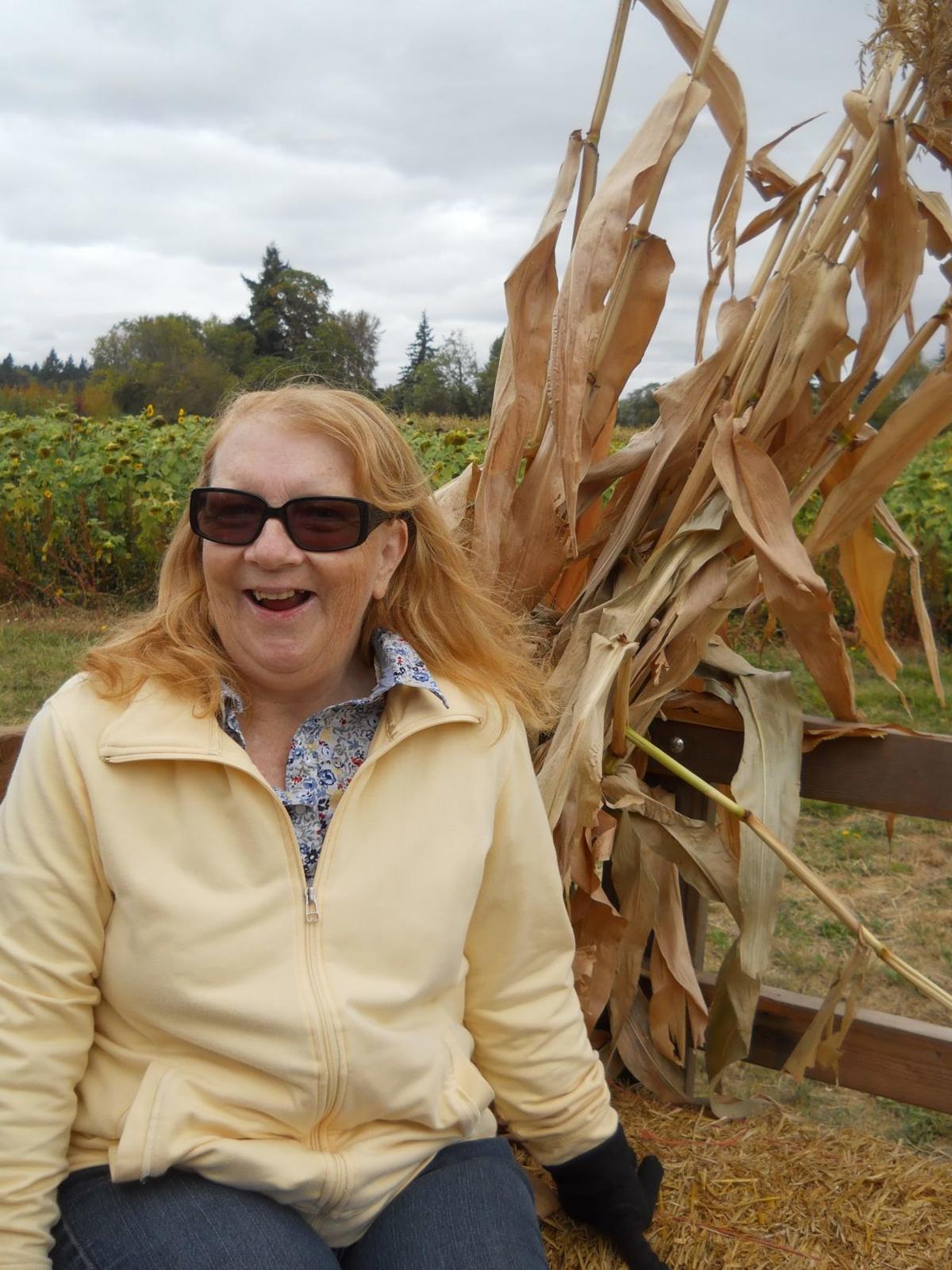 Gail Etherington, 67, passed away on Sunday, November 3, in Corvallis. Gail was born on December 5 to Earnest and Lois Russell (neé Johnson). She had two brothers, Lan and Kevin, and one sister, Kara, all of whom preceded her in death.

Gail was a graduate of Lebanon High School. After graduation she began a job at the cannery in Stayton. Soon after, her son Jim was born in 1976. Gail began a successful career at Hewlett-Packard and worked until her retirement in 2015. In addition to being a loving mother and hard worker, Gail was a very independent woman with a wide variety of hobbies. Her creativity in refurbishing furniture, knitting, and sewing was unparalleled. Gail had a keen eye and loved to go antique shopping. She also had a love of the outdoors and frequently enjoyed hiking, horseback riding, and gardening.

She is survived by her mother, Lois; son Jim Etherington and wife Liz, and her two granddaughters Akila and Camas.