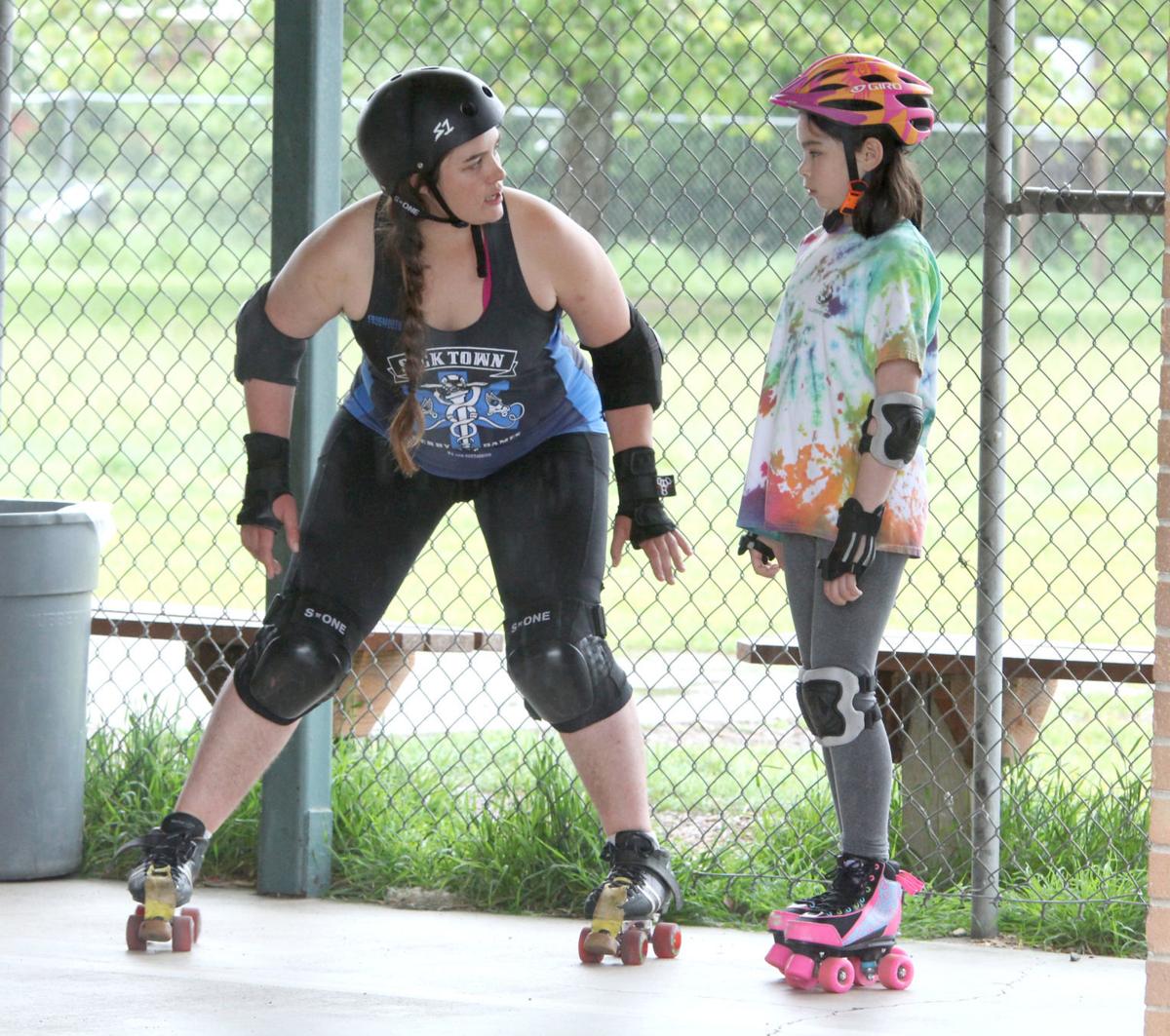 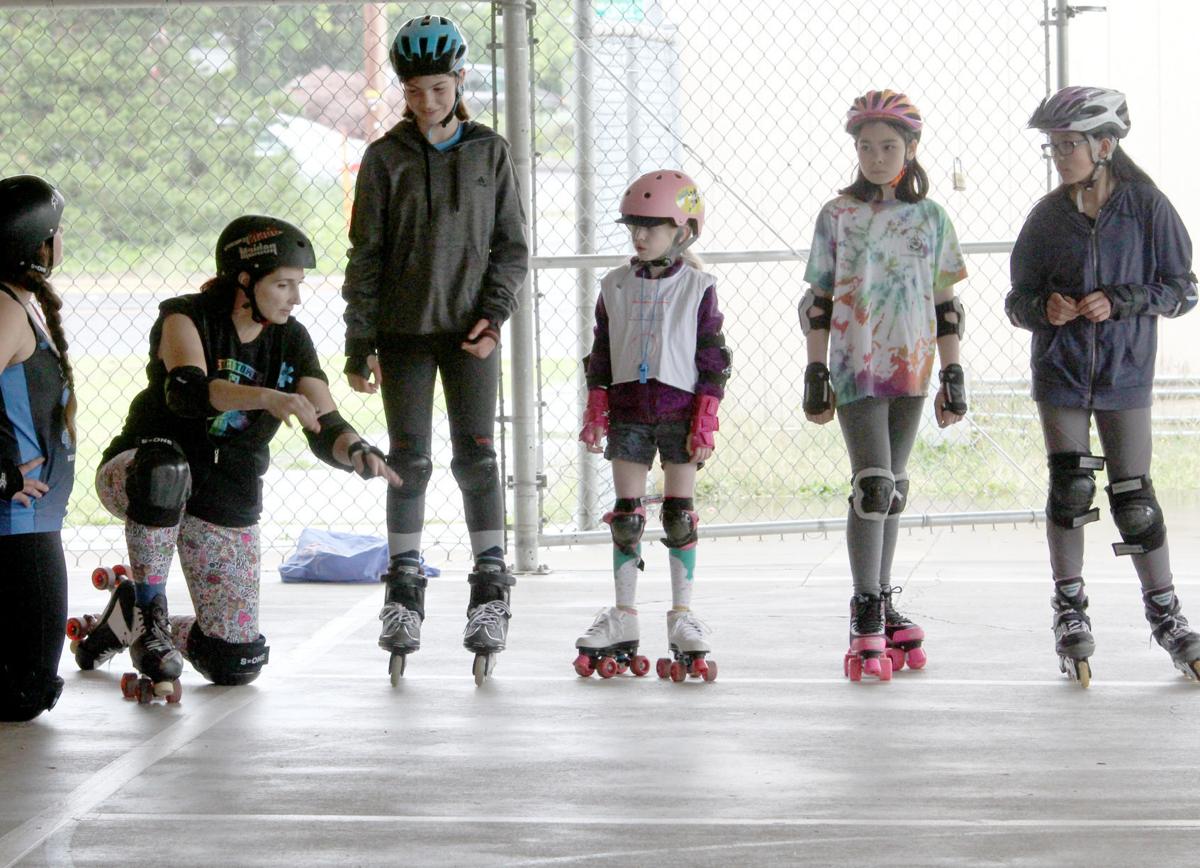 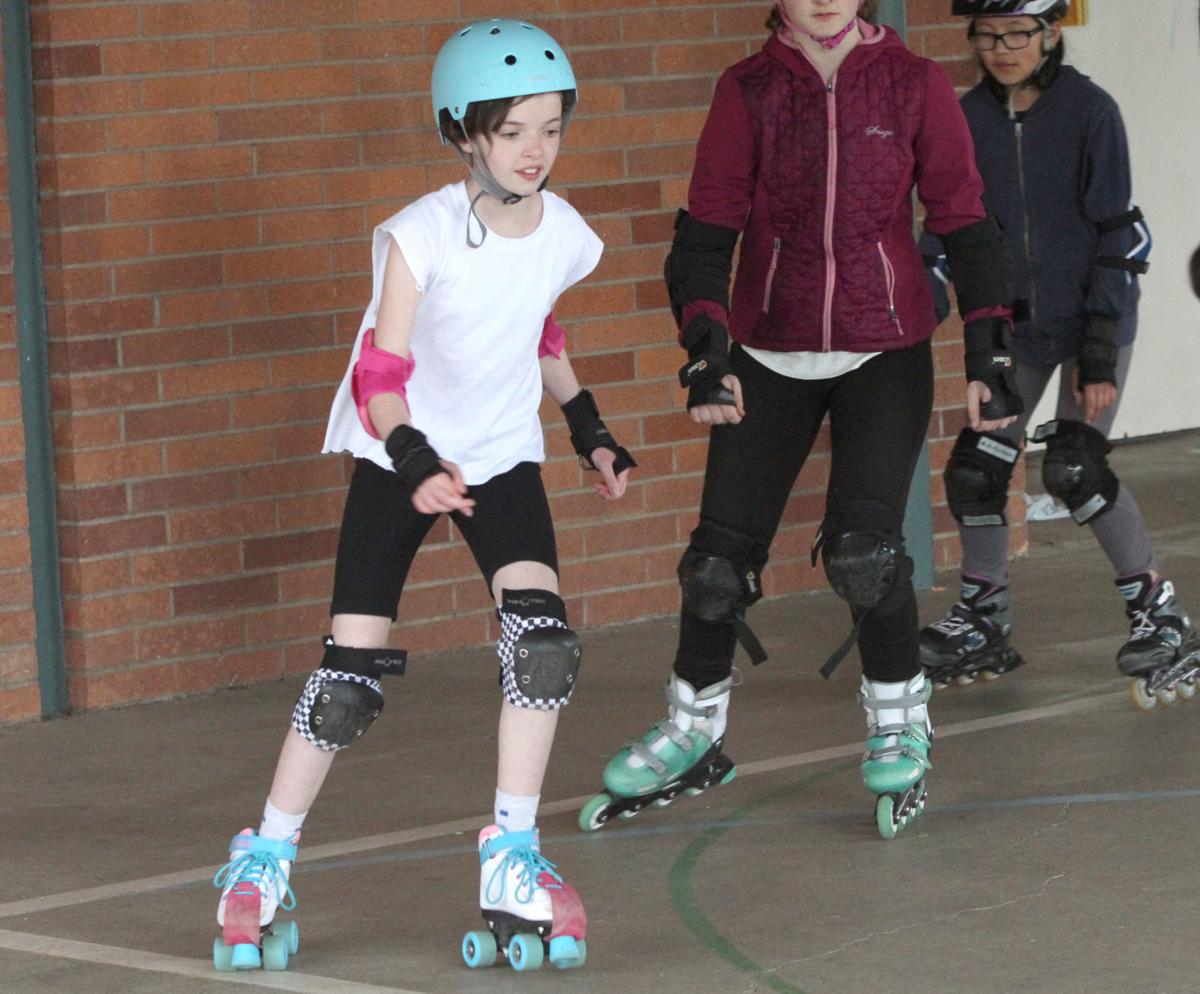 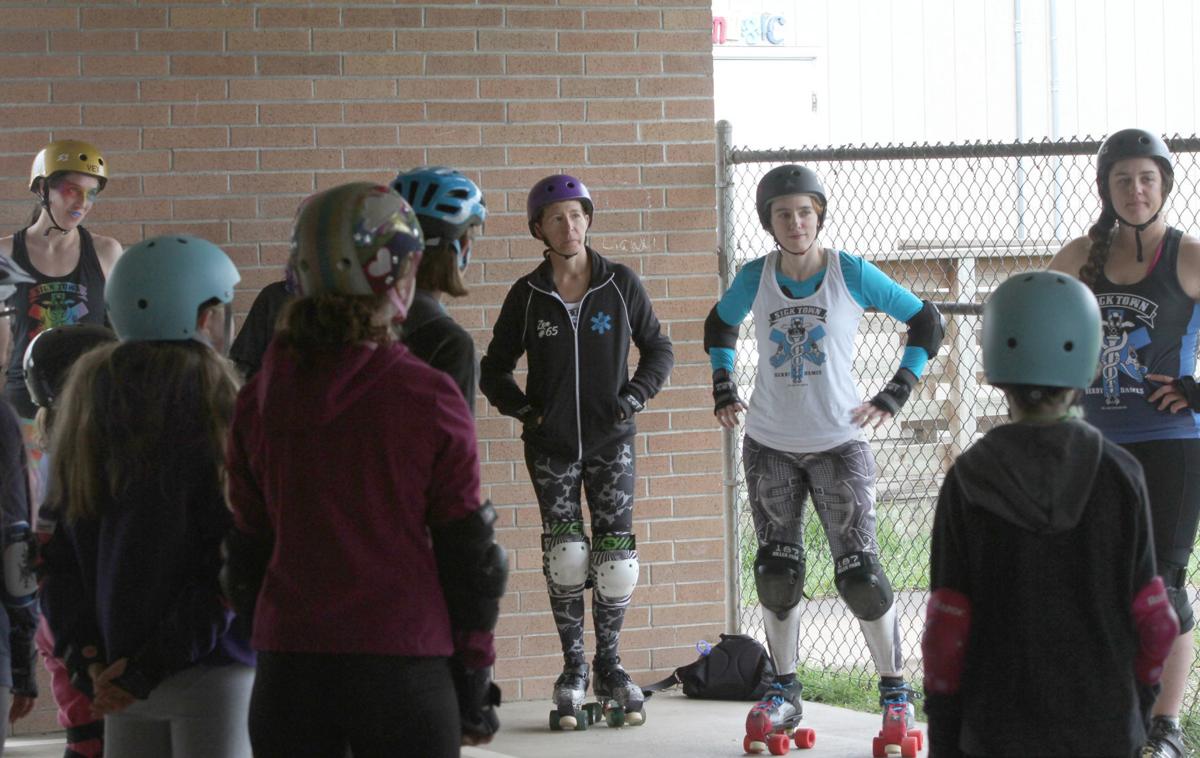 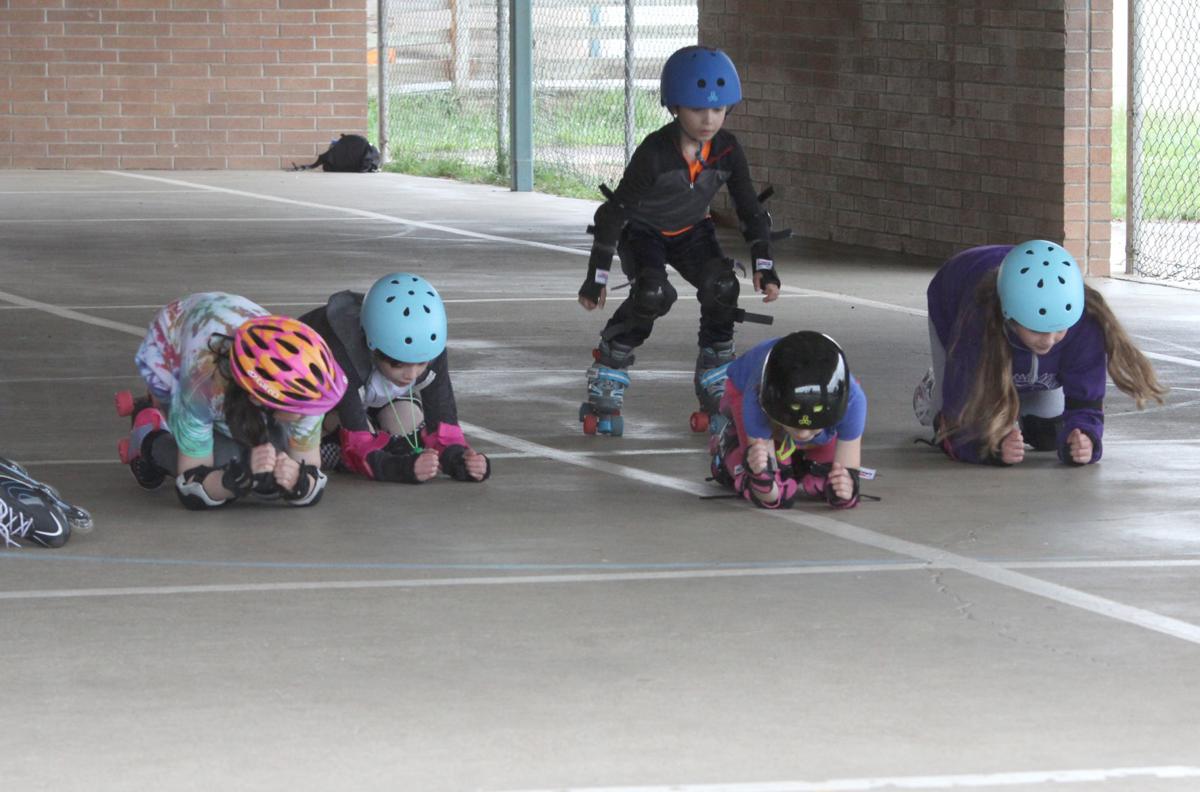 The three, Linus Pauling Middle School sixth graders Ayla Kirsten and Ruby McQueen and Ruby’s sister Ginger McQueen, a third grader at Jefferson Elementary School, founded the Corvallis Crushers by passing out posters to their friends, and they have been leading weekly practices on Saturdays ever since.

Ruby, who skates under the name Poison Ivy, said they’ve learned the basics of roller derby from Jamieson’s book and by watching the local women’s roller derby team, the Sick Town Derby Dames.

And Saturday, six Sick Town skaters dropped by the Crushers' practice to offer some tips.

Ayla, who skates under the name Slady-Bug, said they were only expecting one member of the team to visit practice, so they were surprised when more of the team showed up.

“These are some of my favorite players so it’s cool to meet them in person,” she said.

“It was cool to skate with them,” said Ginger, who skates under the name Ice Scream.

Ruby said the Crushers, which has nine skaters, has already learned a lot of the basics the Sick Town skaters were teaching them, but the more experienced skaters were able to give them some advice for fine-tuning their skills.

Blade Maiden, a skater with Sick Town, said the Sick Town squad used to have a junior team, but doesn’t anymore. She said the adults like supporting the Crushers because they are possible future Sick Town skaters.

“It was a lot of fun. We are seeing the next generation of derby skaters,” she said.

She added that initially only she had been planning to help out at the practice Saturday, but her teammates decided it would be fun to join in and surprise the girls.

Blade Maiden said one of roller derby’s main appeals is how much camaraderie develops on teams.

Ayla said being part of a team is also part of the sport’s appeal for the Crushers.

“It’s a really good team sport and there’s not a lot of women’s contact sports so it’s really cool,” she said.

Ruby said the team is planning to have its first bout over the summer.

Anthony Rimel covers weekend events, education, courts and crime and can be reached at anthony.rimel@lee.net, 541-758-9526, or via Twitter @anthonyrimel.

The Crushers are open for ages 7 to 13 and practices are typically held Saturdays on blacktops at local schools. Visit https://corvalliscrushers.com for information about getting involved.

Visit www.sicktownderbydames.com for information about the adult team.

The Sick Town Derby Dames, the mid-valley’s roller derby team, and the history of the sport will be the focus of this Wednesday’s History Bite…