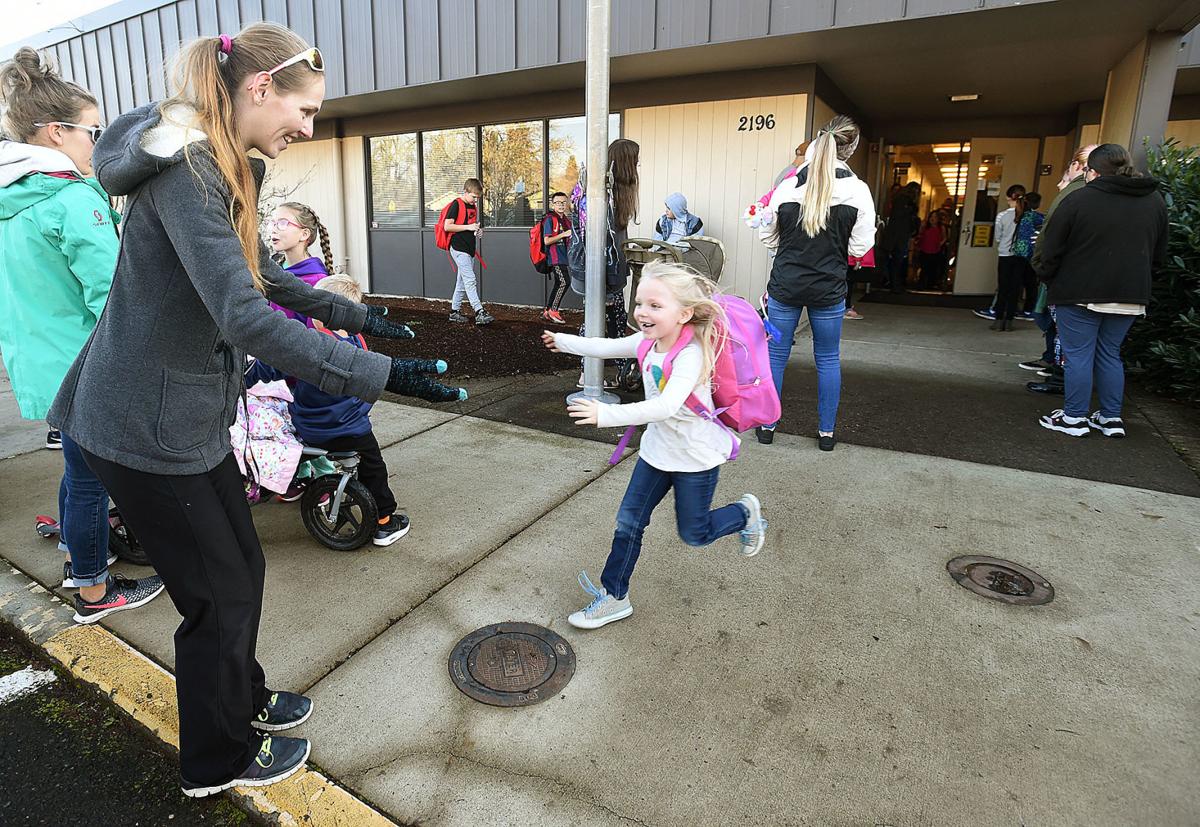 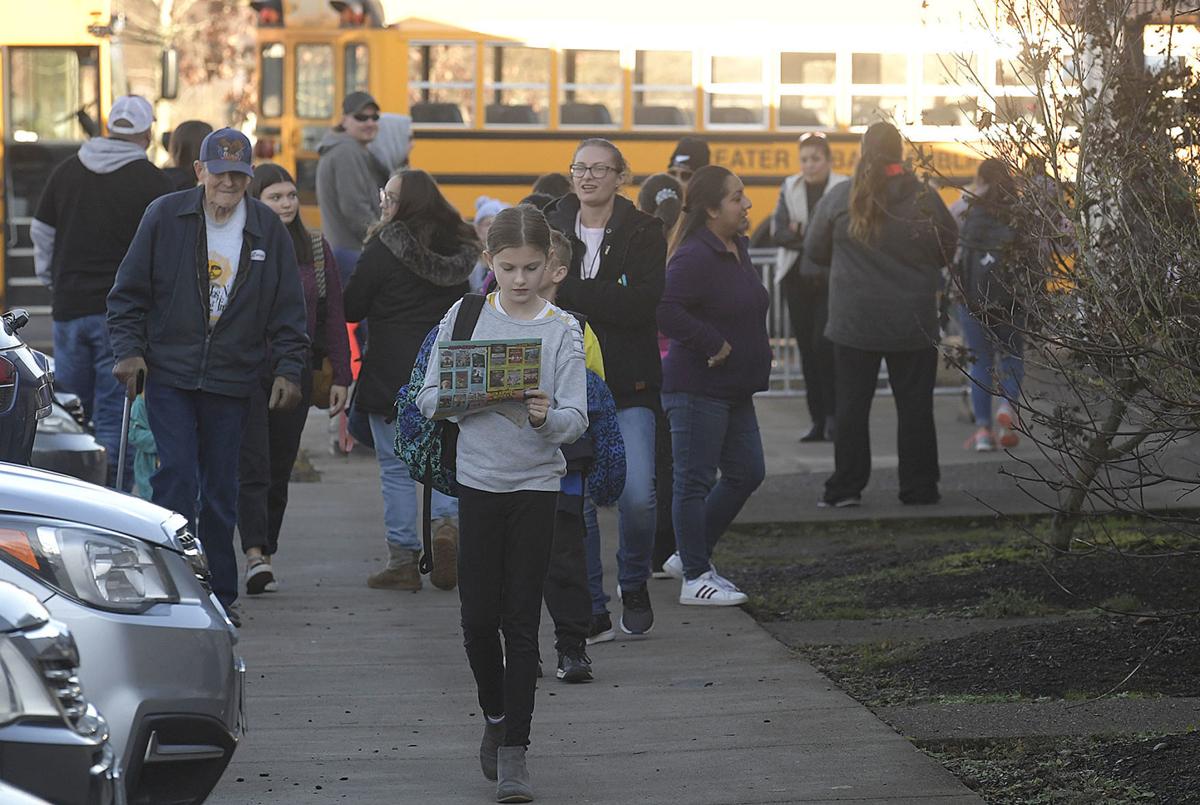 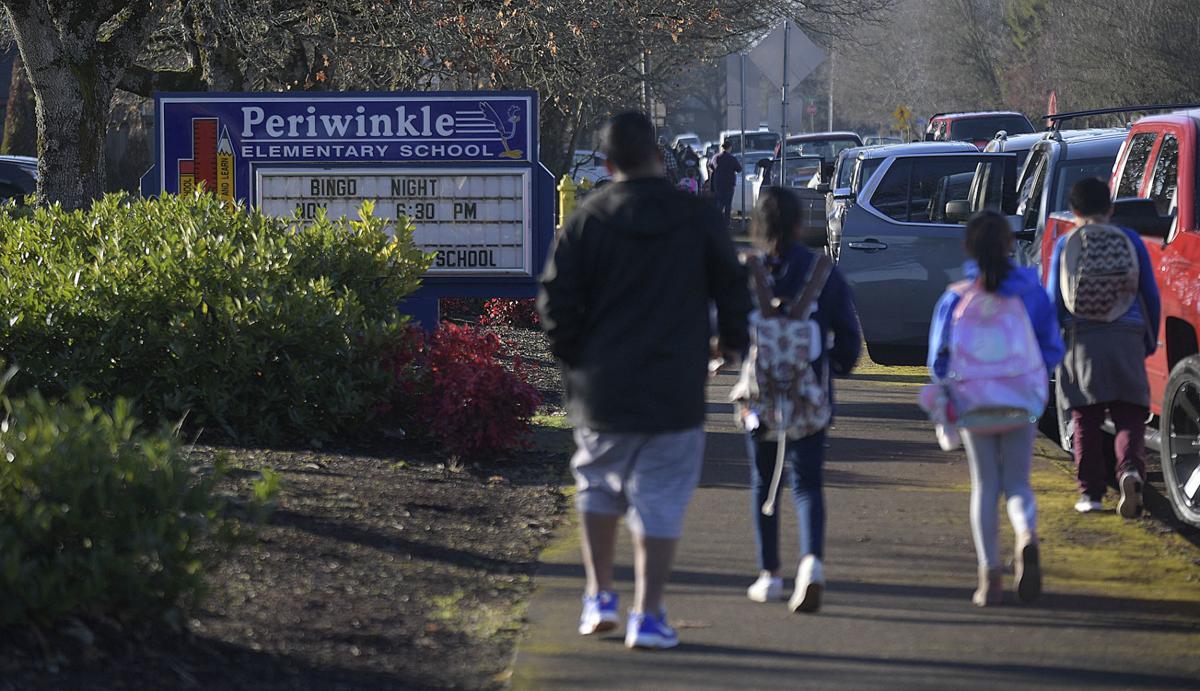 Periwinkle was the first of the Greater Albany Public School District 8J schools to close due to the Norovirus. 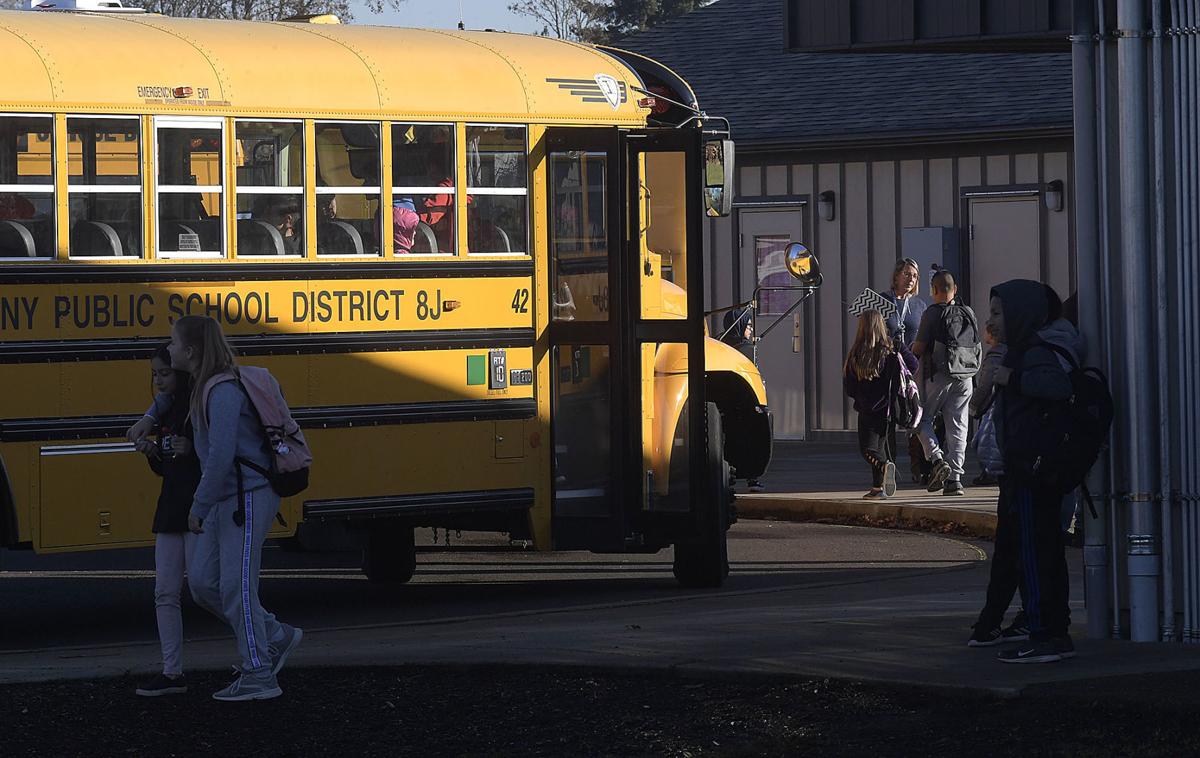 Students head to buses following their first day back at Periwinkle Elementary School.

It was business as usual Monday at Periwinkle Elementary School.

Students returned for the first time since it was shut down last Monday after more than 100 students and staff fell ill with Norovirus.

According to Smith, 109 students missed class due to illness on Friday, Nov. 22. On Monday, only 12 students called in sick.

“With my first one, it was awful,” he said of his fourth-grader. “He was puking everywhere and it came on quick.” The kids, though, he said, were healthy for Thanksgiving and returned to school Monday.

Norovirus is an easily spread virus that can linger after symptoms subside. According to the Centers for Disease Control and Prevention, a person can continue to spread the virus for two weeks or more after their symptoms have stopped.

With hundreds of children sick last week, could that mean a second wave of the illness affecting parents is on the way?

“It’s still contagious 48 hours after their last symptoms,” he said, noting that a person can continue to shed the virus for up to 30 days but much closer contact would be required to catch it at that point.

Working in conjunction with the health department, Greater Albany Public School District 8J closed the remainder of its schools on Tuesday, Nov. 26, to avoid the spread of the virus and to sanitize buildings, buses and other surfaces ill students and staff may have come in contact with. All district schools were reopened Monday.

It’s hard to determine, however, the number of children who contracted the virus, according to GAPS. Children were kept home to avoid becoming sick, a district spokesperson said.

There have been no reported deaths, to the Health Department’s knowledge, attributed to the virus, Nobel said.

“We have had no direct communication regarding a death from Norovirus,” he said. “The hospitals haven’t reported any death due to the virus.”

Teresa Arneson, who has two third-graders at Periwinkle said she was lucky. Neither child caught the bug.

“Kids are going to get sick,” she said. “You teach them to wash their hands and get them the flu shot.”

GAPS reminded parents to keep their sick children home for 48 hours after their last symptoms and to practice good sanitary habits to avoid contracting the illness such as washing their hands.

Editorial: Thanksgiving a holiday to forget for some local families

For many families in the Albany area, we’re guessing this was likely a Thanksgiving to forget thanks to Norovirus, an easily transmittable gas…

The Linn County Health Department has confirmed that norovirus is the cause of the illness that shut down Greater Albany Public Schools this week.

Norovirus believed to be in Corvallis schools

Periwinkle was the first of the Greater Albany Public School District 8J schools to close due to the Norovirus.

Students head to buses following their first day back at Periwinkle Elementary School.