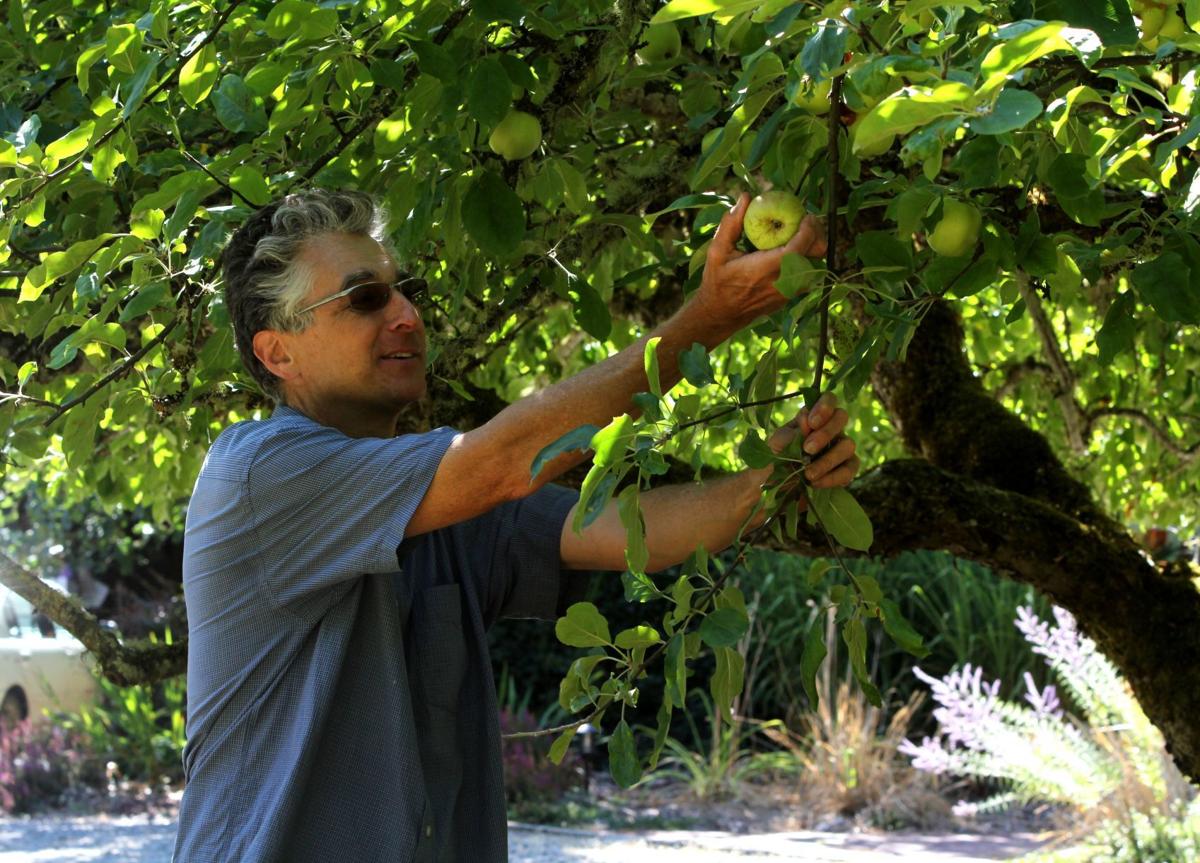 David Patte harvests apples from the Gravenstein tree that started his hard cider business on Aug. 16. 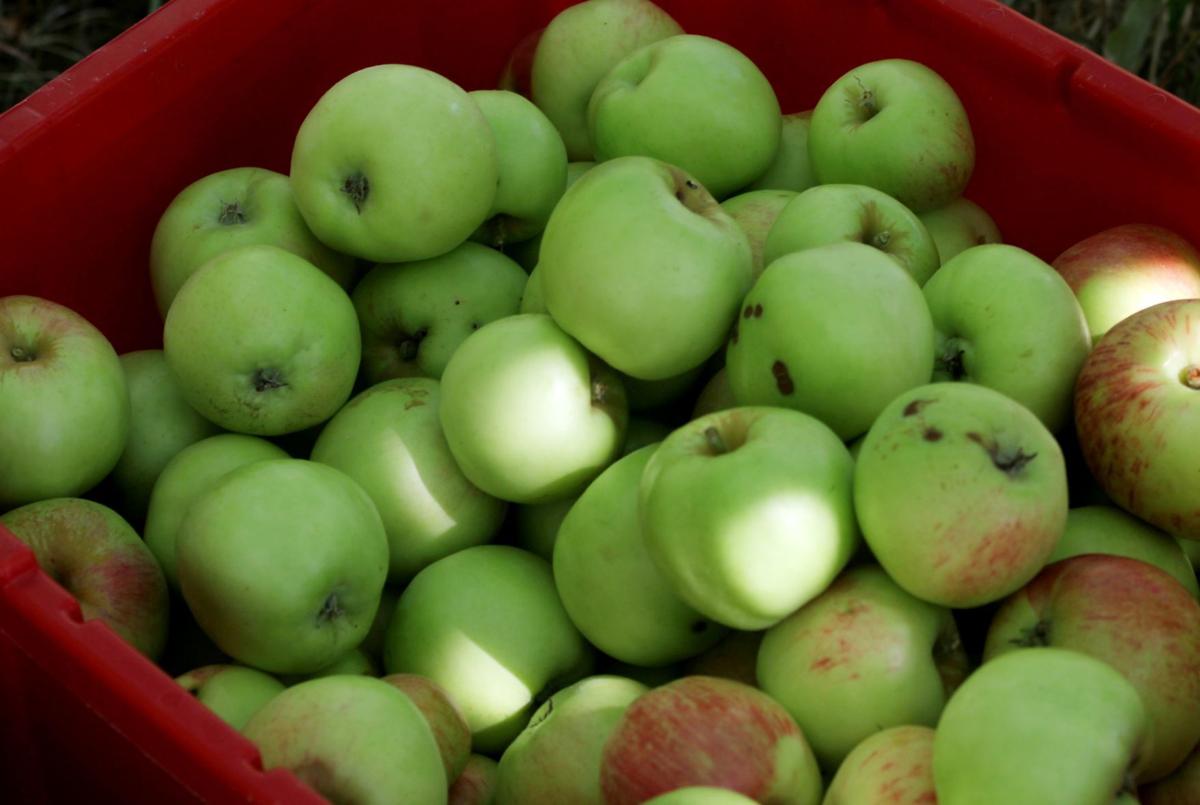 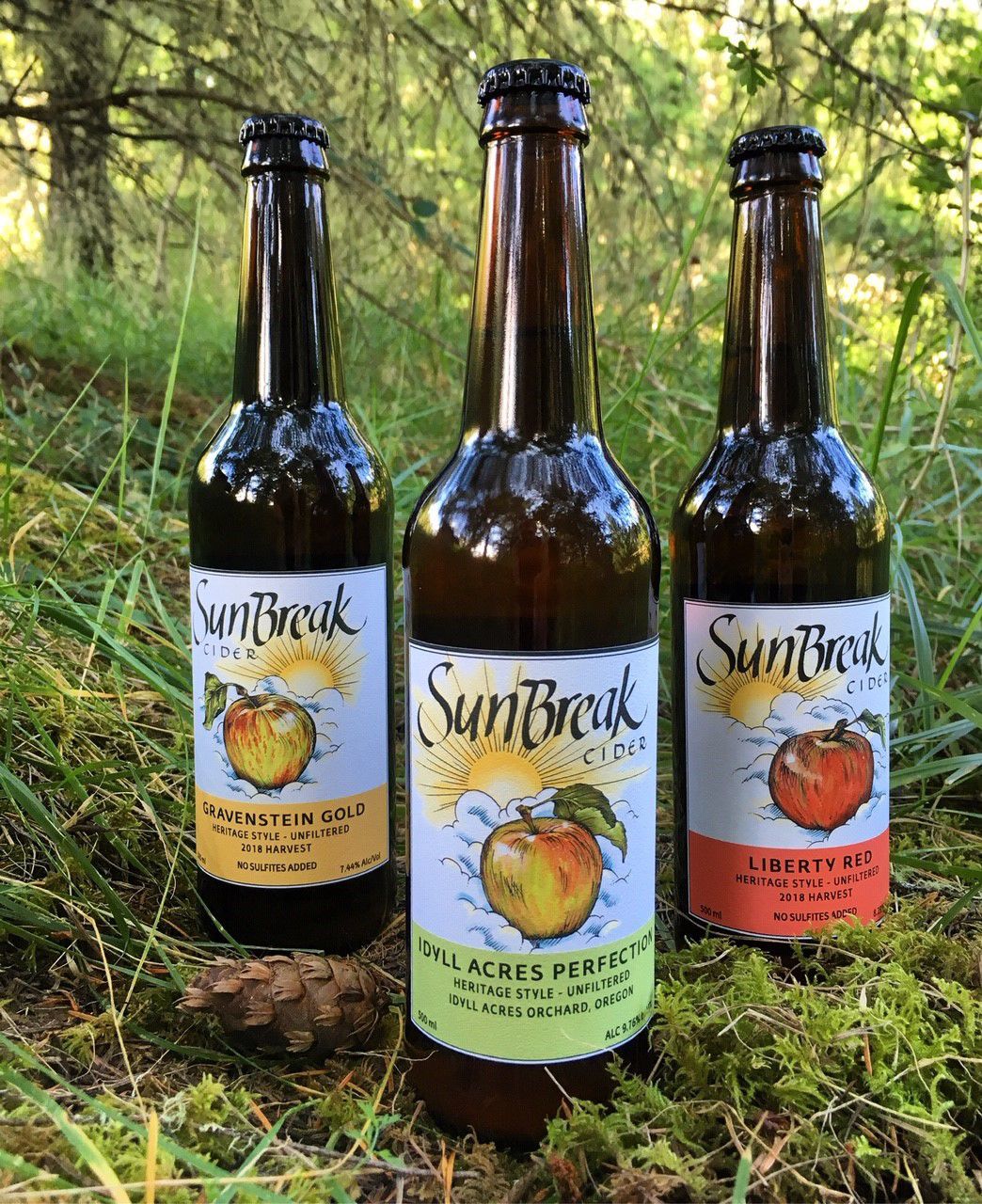 David Patte’s hard-cider business started with a single apple tree — a Gravenstein, just a few steps from his house.

“It doesn’t look like much, but I pick at least 500 pounds of apples from it every year,” he said.

Patte began making cider because he needed a solution for the excess apples the tree was producing.

Patte’s collision course with the productive tree began when he took an early retirement from the U.S. Fish and Wildlife Service in 2014 and sold his home in Portland with a plan of buying a vineyard and learning to make wine. He and his wife weren’t able to afford a vineyard, but they found a property they liked in the Soap Creek Valley north of Corvallis, which had the Gravenstein and a few other mature apple trees. Patte did end up taking winemaking classes at Chemeketa Community College — which involves skills similar to making fermented cider — and a friend got him a cider press in 2015 to help him deal with all his apples.

Although Patte, now 57, didn’t initially plan to produce cider for the commercial market, he said enough friends and family members encouraged him to bring it to market that he relented.

“Everyone said, ‘This is so much better than what’s on the shelf. You should go commercial,’” he said.

Patte also realized his friends and neighbors also had apple trees that weren’t being fully utilized, so he began to pick in their yards and orchards too.

In addition to picking from Gravenstein trees, Patte said he has a particular focus on finding heritage apples, which have more tannins and complex flavors than sweeter apples currently dominant in the United States. The final product, he said, is fruity, dry, fresh and acidic, so it goes well with food.

To make this year’s cider release, Patte personally picked about 5,000 pounds of apples and bought another 3,000 pounds. This year he has a stock of 200 cases and eight kegs of cider.

Patte began harvesting apples from the original Gravenstein tree for next year’s release this week. His plan is to scale up a little each year, although he’d like to stay small enough to not have to hire anyone to help him out.

He said he’s interested in making more traditional style ciders than the ones popular in the market today. His are naturally carbonated — which is part of why it takes longer for this season’s apples to turn into next year’s cider.

Patte will continue harvesting apples into September and October. He also makes wine, so October will be a particularly busy time as grapes ripen.

After picking the apples, Patte sweats them in an old Camp Adair bunker for a couple of weeks to evaporate of some of their moisture and concentrate their sugars. Then, he’ll have a commercial cider press extract the juices from the apples and ferment the juice for six weeks using space rented at Eola Hills Winery. His goal is to bottle in the spring and have next year’s release on shelves by Memorial Day.

Patte said he took on the business because he enjoys all of its elements — the harvesting of fruit connects him to the land; making the cider is an enjoyable challenge; and marketing it to customers and business buyers is fun for a naturally extroverted person.

“I love the science and craft part of cider-making," he said. "The science of analyzing the juice, the fermentation and post-fermentation cider is very interesting, and calculating the perfect amount of sugar and yeast to add for in-bottle carbonation needs to be very precise so we don’t create bottles that will explode."

He added that he enjoys meeting other people crafting alcohol and talking with them about the process. He said the owners of 2 Towns Ciderhouse have been generous with advice.

Corvallis Brewing Supply, at 119 SW Fourth St. in Corvallis, is also hosting a tasting of Sun Break Cider from 3 to 6 p.m. Friday.

Anthony Rimel covers weekend events, education, courts and crime and can be reached at anthony.rimel@lee.net, 541-812-6091, or via Twitter @anthonyrimel.

David Patte harvests apples from the Gravenstein tree that started his hard cider business on Aug. 16.