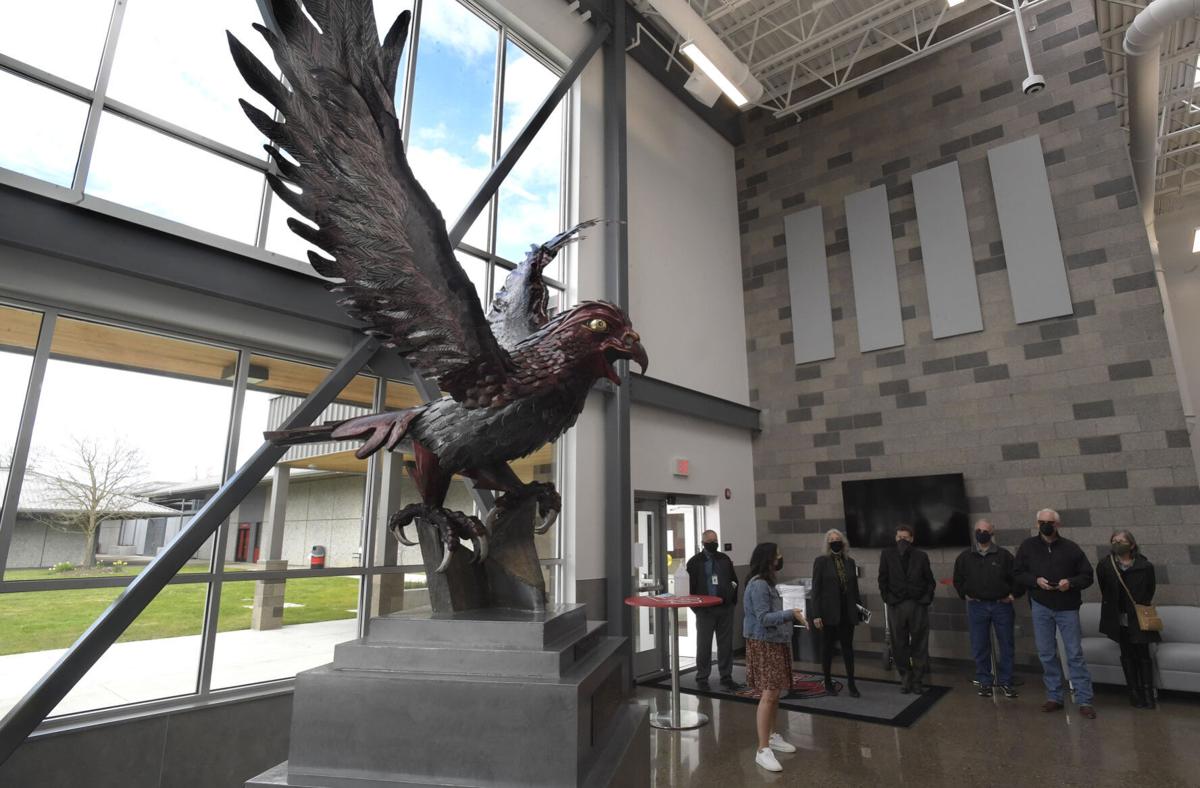 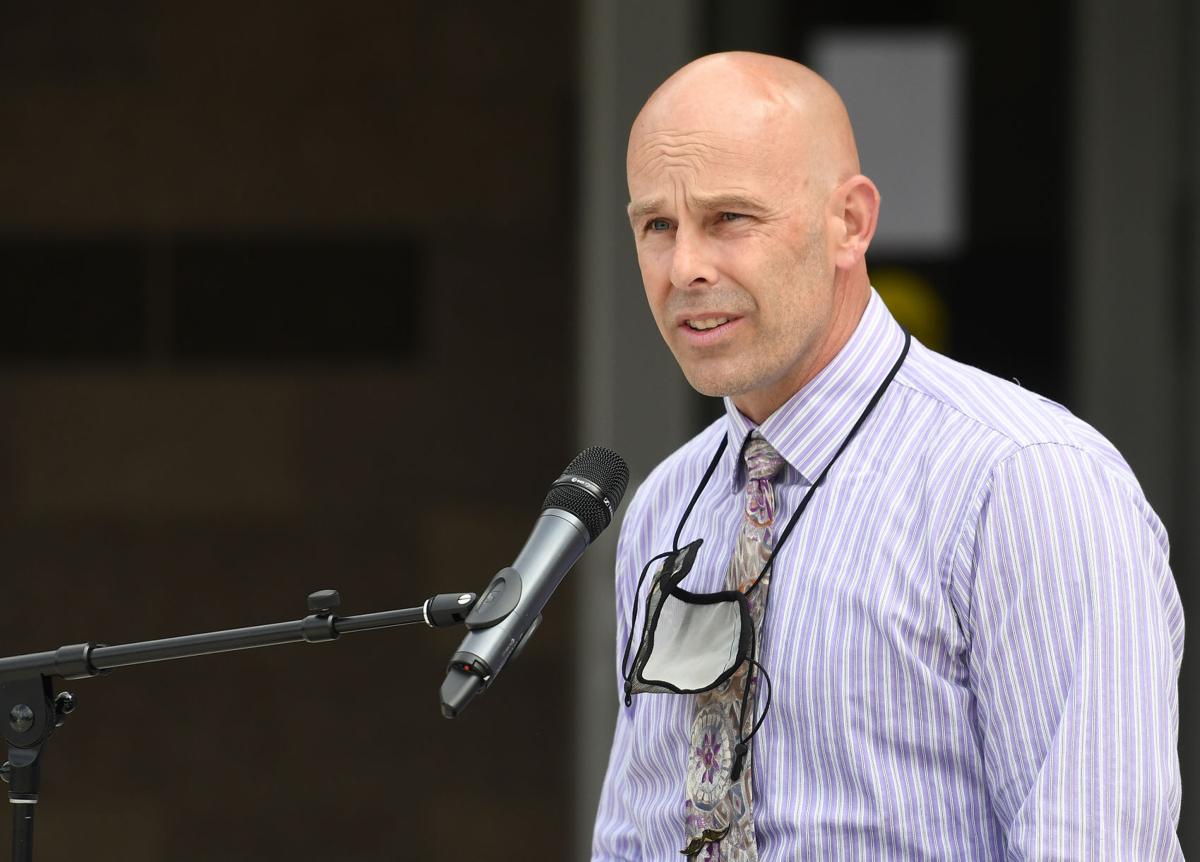 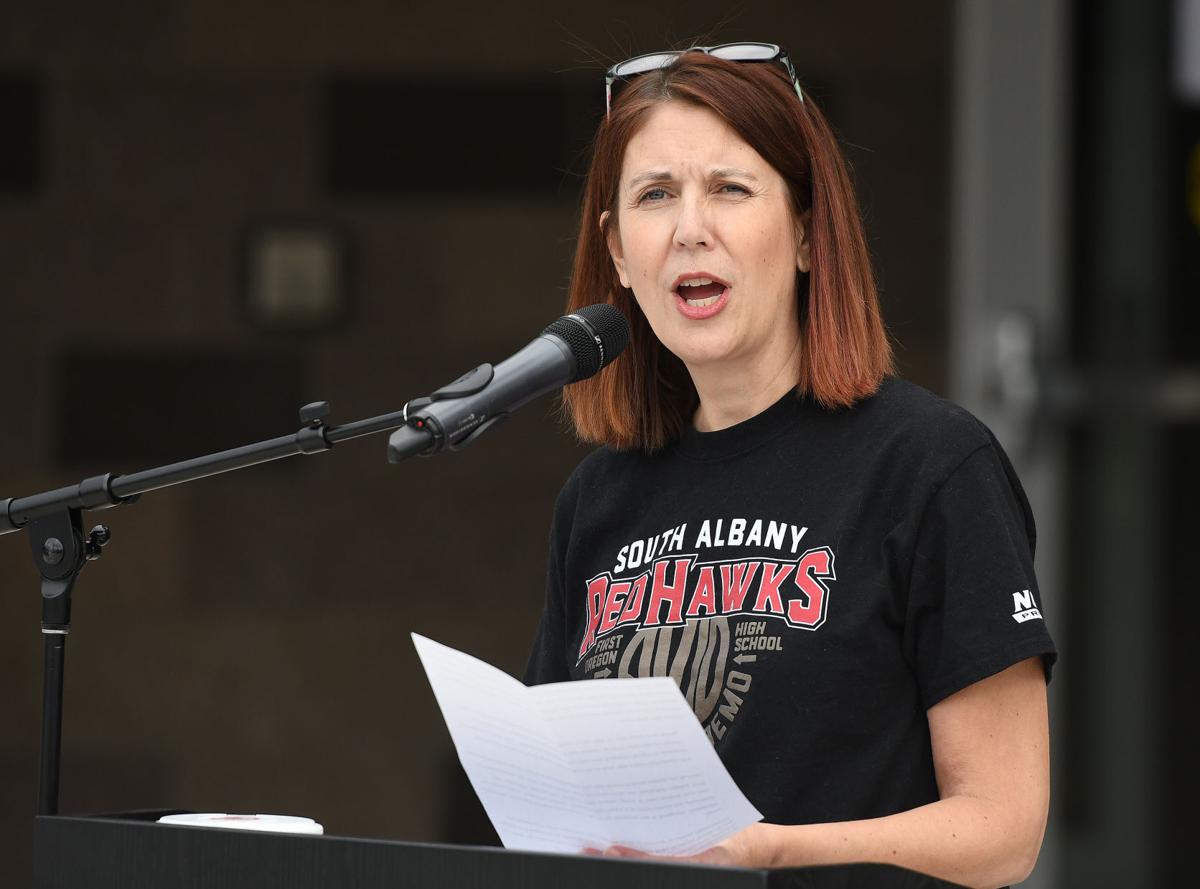 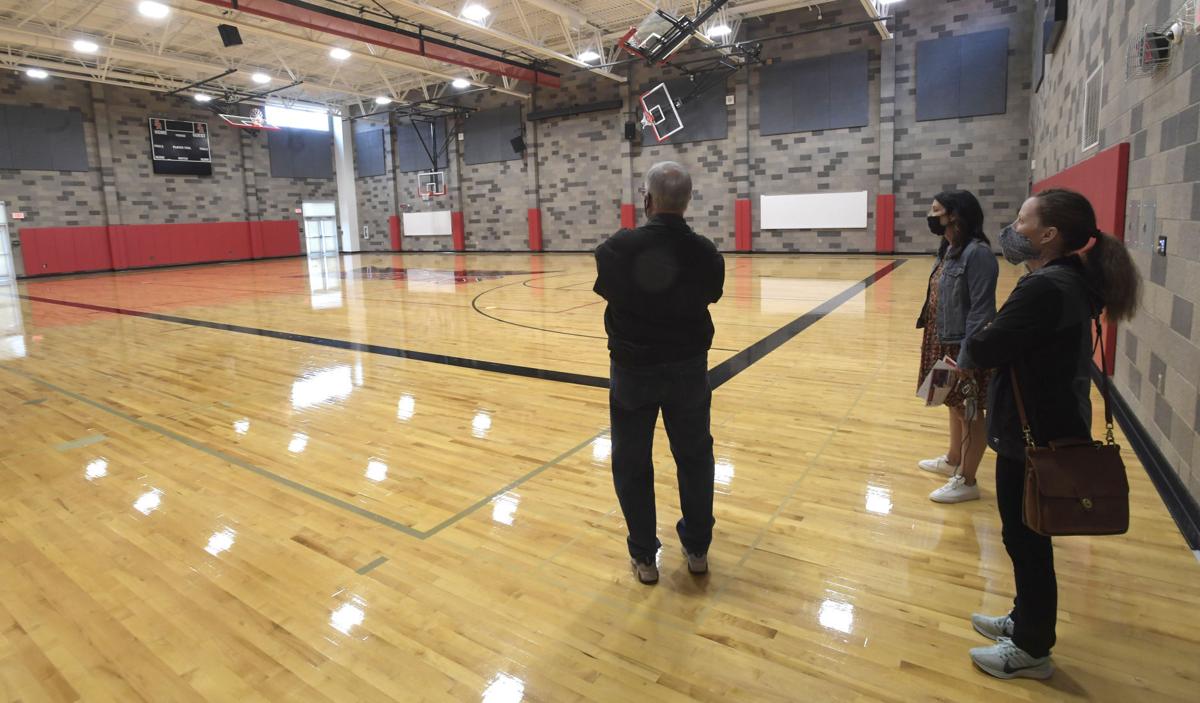 New construction at South Albany High School has concluded and a ribbon-cutting ceremony on Thursday afternoon sealed the deal on a years-long renovation effort for Greater Albany Public Schools.

The construction at South included upgrades to the theater building, the commons and Building 10, as well as roof and bathroom work and the addition of new career technical education classrooms. The price tag sits at $13.2 million.

“I’m thrilled to be here today to say thank you to our community for investing in our students and their future,” said GAPS Superintendent Melissa Goff at the ribbon-cutting.

Funding for the work came from a $159 million GAPS bond measure that was approved by voters in May 2017. That bond issue also funded facelifts at Meadow Ridge Elementary School and Oak Grove Elementary School, as well as paving projects at six GAPS elementary schools, Calapooia Middle School and South Albany High. Another ribbon-cutting ceremony is scheduled for next Wednesday at West Albany High School, where 91,000 square feet of new construction has been completed as part of the bond project.

The last bit of the project at South was the installation of a RedHawk statue in early January inside the new lobby area that was added to Building 10, where the new auxiliary gym is housed. Goff called the construction a “true community effort,” with 50 percent of the work being done by Albany contractors.

The project had to overcome quite a few hurdles. Not only did construction schedules have to adjust to the COVID-19 pandemic, but a fire broke out in the project area mere weeks before the work was supposed to wrap up in late 2019.

“That didn’t make things any easier,” said Jorge Juarez Hernandez, the project manager for contractor Gerding Builders. “But we all came together to solve problems and complete this important project.”

The fire at South Albany damaged the new auxiliary gym and set the project back quite a bit. The blaze — which was ruled an accident caused by spontaneous combustion in a sawdust-collection vacuum — occurred in a mechanical room above the auxiliary gym and new concession stand.

The smoke damaged the main gym and nearby rooms that were part of the new additions. Some of the new elements had to be replaced while others were cleaned through painstaking hand-washing. At one point, 30 mechanical lifts were in use so that crews could wipe down the ceiling of the gym, which was blackened by smoke.

The new wooden gym floors had just been laid down and faculty were mere weeks away from moving back into the construction area when the fire hit and set everything back by about six months. All told, the fire resulted in more than $100,000 in damage, which was covered by the school’s insurance, according to GAPS.

That was actually the second fire at South in four years, following a 2015 fire that destroyed the high school’s cafeteria, music rooms and child development classrooms.

With all that in the rearview mirror, the district is putting final touches on the work at these schools, concluding the years-long effort to update facilities and improve safety. All this in time for students returning to in-person attendance following a long stretch of distance learning during the pandemic.

“It’s crazy to think that there was so much on this campus that hadn’t been updated in nearly 50 years,” said dean of students Chad Angel, who joked that he’d been prowling the halls of the school since before he could walk — his mother was a teacher there when it opened in the early 1970s.

The crown jewel of the project is the brand new RedHawk Legacy statue, which is perched in the lobby of the new building. Created by Raven and Raymond Hunter of Kings Valley, the 950-pound steel bird looms over the public as they walk in the new entrance to the theater building. The piece was dedicated to the graduating class of 2019, which was instrumental in the planning of the bird statue.

Even without its wings attached (they add about 12 feet to the overall width), the bird was too large to fit through the doorway. It had to be tipped onto its beak and hoisted inside with a mechanical lift and a crew of several people. It made it inside “without a nick” to any of the new windows and steel frames, the sculptors said.

“It took a year and a half to design and construct,” said Raven Hunter, who designed the piece.

Her sculptor husband, Raymond, chimed in, “Welcome back, RedHawks.”

Coming into 2021, Greater Albany Public Schools will see the end to several projects funded by a voter-approved bond.

A late 2019 fire at South Albany High School was most likely the result of spontaneous combustion, according to a report from the Albany Fire …

Reforestation efforts are already underway in some parts of Oregon’s forests that were affected by the Labor Day fires last year. While tens o…

Sweet Home fire officials are crediting smoke detectors with enabling a woman and her dog to escape a burning mobile home alive.

When West Albany High School freshmen walk into the building on Thursday and Friday for the first time since the start of the pandemic, it won…