An Oregon State University student filed a lawsuit against the school Tuesday, claiming it was improper for OSU to impose a mutual no contact order against her after she reported a football player for rape.

The plaintiff, identified in the lawsuit as Jane Doe, is being represented by attorneys at Portland law firm Maloney Lauersdorf & Reiner, PC.

The suit, which was filed in federal court, claims the mutual no contact order imposed against Jane Doe and her alleged attacker limits her access to campus, thus discriminating and retaliating against her for reporting another student for rape.

According to the case file, the university is being represented by Portland attorney Naomi Levelle Haslitt. OSU has not yet filed a response to the complaint, according to the court docket.

"We’re reviewing the details of the complaint and its motions," said Steve Clark, vice president of university relations and marketing at OSU. "We take all reports of sexual misconduct very seriously."

"In this case, the goal of a mutual no contact order is to protect both students during an investigation and resolution process and to ensure that each party has equal access to their educational programs and services at the university," Clark added.

According to the lawsuit, Jane Doe reported to the Corvallis Police Department on May 14, 2017, that fellow student Jordan Alexander Pace had raped her in his dorm room. Police investigated the report, and prosecutors in November filed rape charges against Pace. The case is pending and a trial is set for October.

Pace joined the OSU football team as a walk-on defensive lineman in September 2016. Pace eventually moved to running back but was no longer with the team after the 2017 spring camp.

According to OSU’s online directory, Pace is a psychology student.

The lawsuit states that Jane Doe’s parents reported the sexual assault to OSU’s Office of Equal Opportunity and Access on May 17, 2017. The suit asserts that an employee with the Office of Equal Opportunity and Access responded by issuing the mutual no contact order, directing Jane Doe and Pace to have no contact with each other. OSU stated the order could not be contested, and threatened that failure to abide by the restriction could be grounds for disciplinary action, according to the lawsuit.

“Through this order, and under threat of disciplinary action, OSU has limited and continues to limit Ms. Doe’s access to educational opportunities and benefits on campus if and when Pace is present, which is counter to her rights under Title IX,” the lawsuit states.

Title IX is a federal civil rights law that prohibits discrimination on the basis of sex in any educational program or activity that receives federal funding.

The lawsuit states that OSU is conducting a disciplinary investigation against Pace under Title IX, but that it is not yet resolved.

When Jane Doe returned to campus weeks after the rape, she reported to the Office of Equal Opportunity and Access that football players were engaging in intimidation against her, the lawsuit states. Employees directed Jane Doe to the Department of Public Safety, but out of concerns for her safety, she chose not to return to campus and unenrolled from most of her classes, according to the lawsuit.

The lawsuit states that Jane Doe’s mother contacted public safety prior to the summer 2017 term seeking an escort for her daughter to and from campus so her daughter could return to classes. According to the lawsuit, the interim public safety director at the time denied the request, stating there were too many no contact orders on campus for the department to accommodate. The director offered for Jane Doe to call daily to see if an officer was available to escort her, but Jane Doe found that arrangement too unreliable to protect her safety and decided not to return for the summer semester, according to the lawsuit.

The suit states that Jane Doe obtained a civil agreement from Pace stating that he would voluntarily stay away from her on campus. After Pace was criminally charged, a Benton County Circuit judge ordered Pace not to have contact with the alleged victim in the case and not to attend any college classes attended by her. Despite the civil agreement and court order, OSU maintained its mutual no contact order against Jane Doe, according to the lawsuit. An Equal Opportunity and Access employee informed Jane Doe that mutual no contact orders were common and not considered disciplinary, the lawsuit states.

According to the suit, Jane Doe developed a safety plan with the Department of Public Safety for the summer 2018 term, which requires her to stay on the west side of campus where her classes and job are located to avoid the east side of campus where OSU is employing Pace. Under the safety plan, Jane Doe also is limited to accessing the Dixon Recreation Center during the second half of the day, the lawsuit states.

“OSU’s imposition of the mutual no contact order against Ms. Doe to perpetuate the hostile sexual environment created by the on-campus rape and sexual assault is a form of sex discrimination against Ms. Doe,” the lawsuit states.

According to the lawsuit, the no contact order prohibits Jane Doe from speaking to government officials and others about Pace.

“This limitation is both absurd and offensive given that Ms. Doe is actively involved with law enforcement and the prosecutor’s office in preparing for the criminal trial against Pace for his alleged crimes against her,” the lawsuit states.

The lawsuit claims the limitation violates Jane Doe’s right to free speech and equal protection under the law.

According to the lawsuit, Jane Doe plans to transfer to another university after this semester.

The lawsuit asks the court to find that the mutual no contact order is in violation of Title IX and unlawful under the First and 14th Amendments to the Constitution.

Cheney: Jan 6 probe is not a 'political campaign'

Cheney: Jan 6 probe is not a 'political campaign' 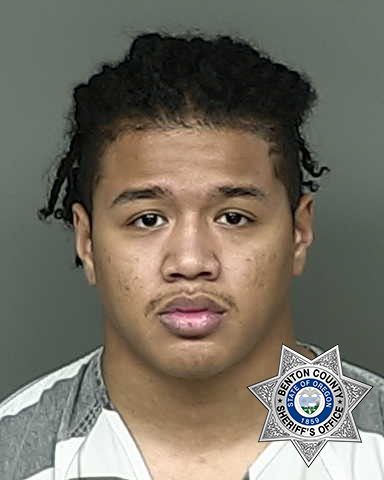