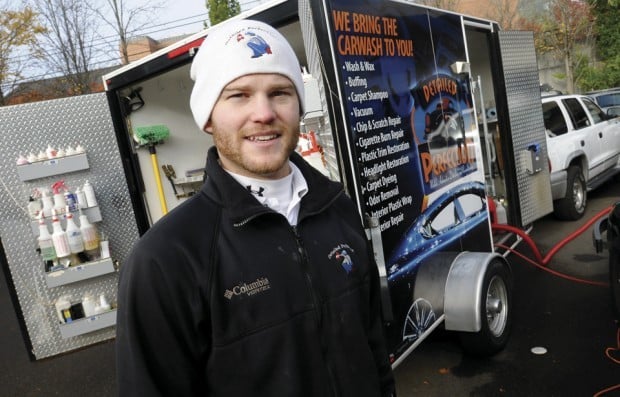 Spencer Adkins, owner of Detailed Perfection, has a fully equipped trailer he can bring to your location to detail your vehicles.  (Andy Cripe | Corvallis Gazette-Times) 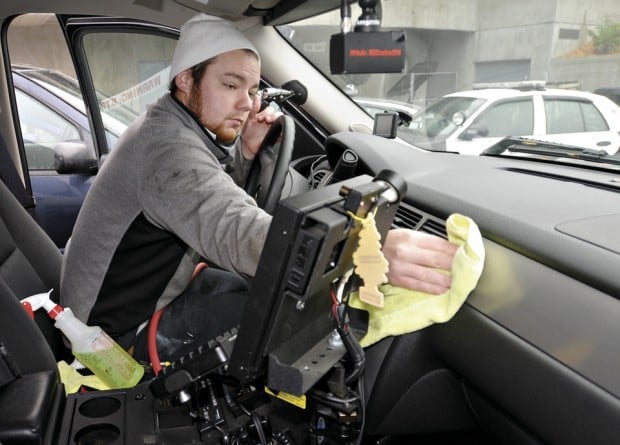 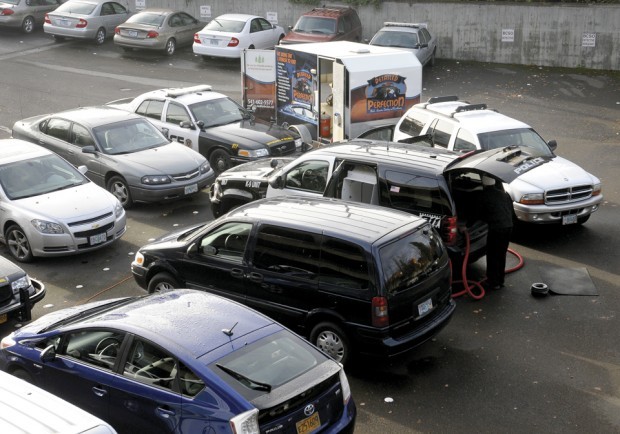 The seed for Spencer Adkins’ auto detailing business was planted in high school.

Back then, it was just a way for his mom to get him out of her hair.

“I needed some money. I played baseball and football, so I couldn’t really have a summer job,” said Adkins, now 27.  “My mom got sick of me asking for money, so she said, ‘I’ll give you $50 to clean my car.’”

“I did it and she was impressed, and she started telling her friends about it and it went from there.”

Under the title of Spencer For Hire, Adkins continued to clean cars, inside and out.

When he became a business administration major at Oregon State University, he continued his work  and started to learn the art of auto detailing while working for Main Auto Body on Northeast Circle Boulevard.

In one of his entrepreneurship classes, Adkins had to meet with an adviser and go over his evolving business plan each week.

“He asked if I had run my own business before, and I brought up my detailing business,” he said.

Together, they wrote out the plan, and after Adkins graduated in 2008, he implemented it. Today, Detailed Perfection is the only auto detailing business in the mid-valley that brings its services to people’s homes and businesses.

“People always asked if I could come to their house, so we tried to base the business plan around a mobile unit,” Adkins said.

The mobile unit is a trailer full of paint, supplies and a pop-up, encloseable tent that Adkins pulls with his truck.

The pop-up tent is necessary because of the rain, Adkins said.

“It’s kind of neat seeing the trailer hooked up to this huge tent and all of a sudden a brand new car pops out,” Adkins said.

Despite starting in the middle of a recession, Detailed Perfection has thrived. He gives thanks, in part, to his job as a bartender at Clodfelter’s on Northwest Monroe Avenue for keeping him afloat in the beginning.

Adkins started working at Clod’s four years ago — continuing there was actually part of his business plan.

“It’s paid off to do that — to know you’re going to have a paycheck and know you can pay rent.”

Right now, Adkins works 10-hour days with his company. But when things slow down, he wants to go back to Crescent Valley and share some ideas for starting a program that would help students simulate writing a business plan and running a business.

When Adkins was in high school, “they had the student store, but that’s different. There were no real opportunities for entrepreneurship.”

Even with a bachelor’s degree in business, he said there was a steep learning curve when he finally got out on his own.

“It’s interesting starting a business and seeing what college didn’t teach you,” like starting payroll, he said.

The customer base is varied, and some of Adkins’ faithful customers have ended up being the local police departments.

“This way I don’t have to pull someone off the road to do maintenance,” said Lt. Cord Wood of the Corvallis Police Department. “I can keep them out on the street.”

Now that business is finding its stride, Adkins wants to expand. He’s in the process of setting up a second rig, a diesel van, as another mobile unit for detailing jobs.

He also hopes to be able to hire more staff and start offering his services farther north and south of Corvallis. Having started his company in the thick of the recession, Adkins isn’t daunted by the sluggish economy — the way he sees it, his company can adapt to changing economic times.

“In a downturn, people want to keep their cars longer, and keep them looking nicer,” he said. “Cars mean a lot to a lot of different people.”

Spencer Adkins, owner of Detailed Perfection, has a fully equipped trailer he can bring to your location to detail your vehicles.  (Andy Cripe | Corvallis Gazette-Times)