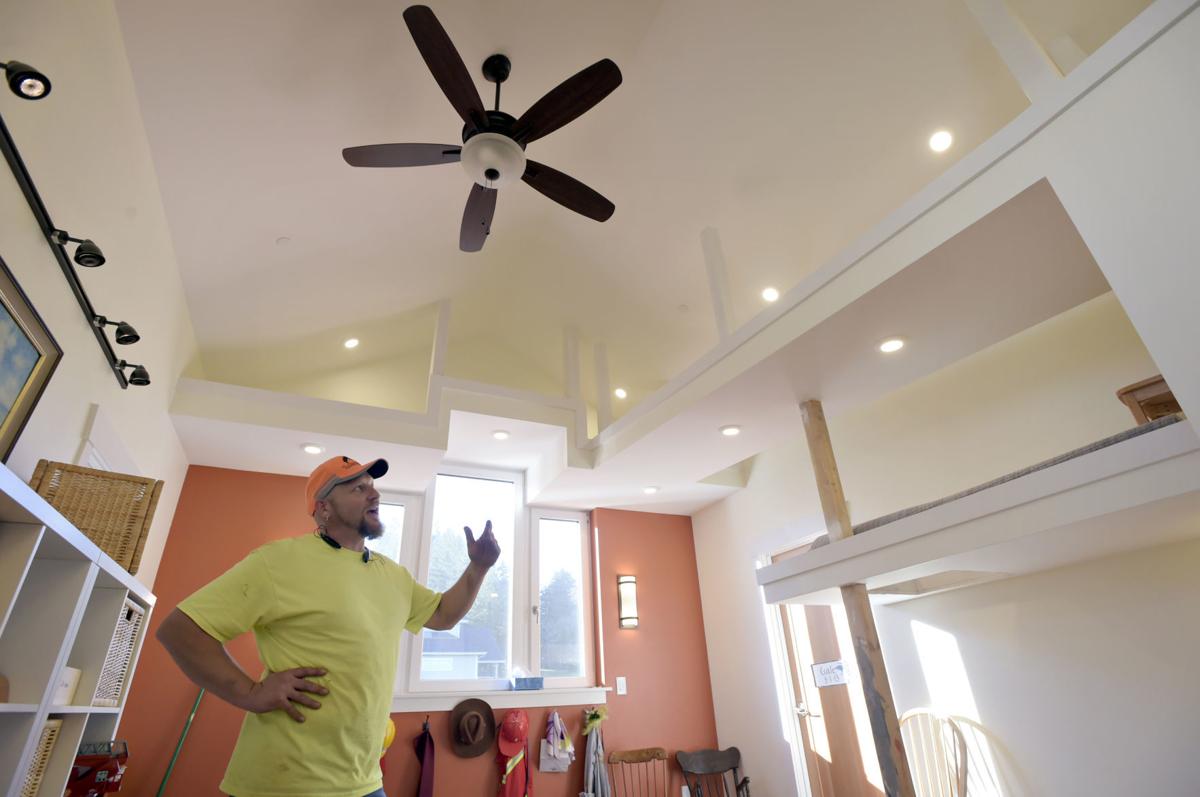 Trent Suing, production manager of G. Christianson Inc., points out some of the features of the passive house owned by company president Carl Christianson. It is the first first passive house in the city of Corvallis. 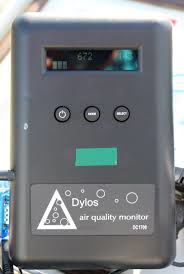 Here is a look at the type of Dylos monitor that can be used to measure the particulate matter in a home.

Attendees at Thursday’s quarterly meeting of the Corvallis Sustainability Coalition learned about a couple of different ways to improve air quality in homes.

Rohlman, who has been working with one of the coalition’s action teams on the project since the spring of 2018, uses a simple Dylos air monitor that collects data over a four- or seven-day period.

The main thing the monitor looks for is PM 2.5, particulate matter that is smaller than 2.5 microns. Larger pieces of air pollution, interestingly enough, are easier for your body to deal with — and less of a health risk — than the smaller ones.

The good news that Rohlman reported from the 72 homes that have been tested so far is that the readings generally have been good ones. Spring and summer readings tend to be better than fall and winter, partly because residents do more ventilating of their homes during those seasons. Fires affected the air quality last fall, with winter readings suffering because people tend to keep doors and windows closed … which keeps the particles inside.

Other tips Rohlman offered included keeping windows open and oven fans going during cooking and changing out the filters on your air conditioner.

Carl Christianson and Tanner Wood of G. Christianson Construction were on hand to talk about sustainability in the building trades. Included in their slides were images of the passive house Christianson built – and lives in – at Oakmont that was featured in a 2016 Gazette-Times article (the previous article is attached to this one on the website).

Key features are thick insulation, heavy doors, triple-pane windows and a heat recovery ventilation (HRV) air circulation system, which sucks up the bad air in the bathrooms and kitchen and spits it back outside.

Christianson estimates that over a 30-year span the passive house will cost $40,000 in utilities compared to $95,000 for a conventional home. And the cost factor shifts even more in favor of passive if you add solar to the mix. Christianson started with 8 kilowatts of solar panels on his garage roof before going to 10.5 KW when he needed more juice to charge his electric car.

Also on hand at Thursday’s meetings were Claudia Torres of Casa Latinos Unidos and Kim Patten of the Corvallis School District.

Torres emphasized the three key Casa Latinos Unidos programs, basic needs, community and culture and civic engagement and leadership. Her group also tries to work with families who are faced with deportation.

Patten, the facilities director for the district, offered a review of how sustainability principles are being used for the new construction and remodeling that are part of the recently passed facilities bond.

A total of 1.5 percent of the construction must use green technology, which adds up to $1.7 million. Patten said solar energy work is the main way the district will meet that state requirement.

The district also will employ the concepts in its sustainability management plan during the bond work. The plan will be implemented during the 2019-20 school year.

From net zero to solar, homeowners have more energy-efficient options than before

Trent Suing, production manager of G. Christianson Inc., points out some of the features of the passive house owned by company president Carl Christianson. It is the first first passive house in the city of Corvallis.

Here is a look at the type of Dylos monitor that can be used to measure the particulate matter in a home. 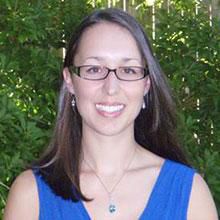