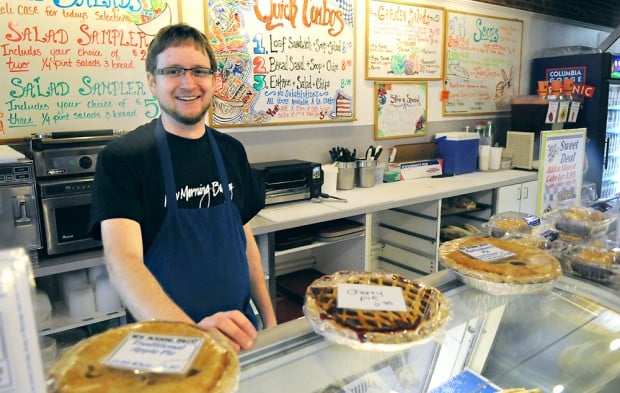 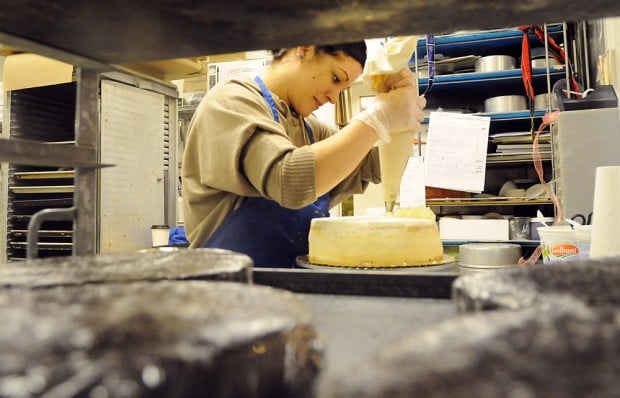 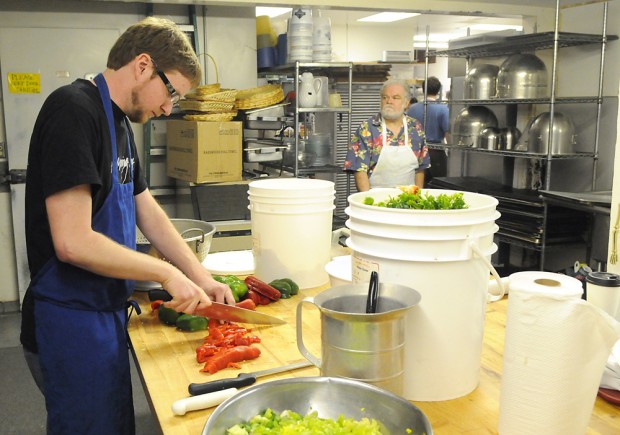 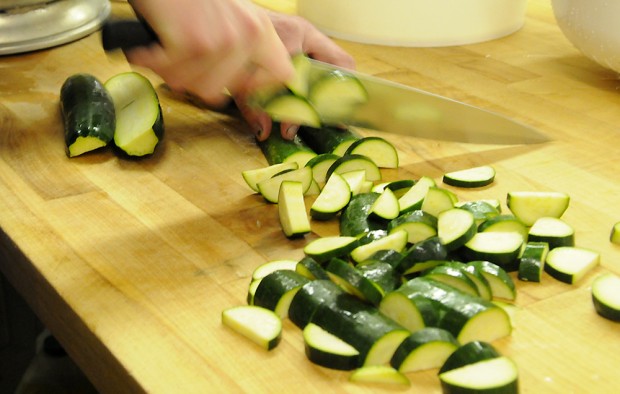 Tristan James looked around New Morning Bakery on Wednesday afternoon and smiled at the lunchtime crowd.

“There’s so much potential here,” James said. “This is going to be an exciting challenge.”

James, 28, and his fiance Keara Gann, 25, bought the business at 219 S.W. Second St., from longtime owners Joel and Ann Weinstein in January. After 30 years running New Morning, the Weinsteins were retiring.

Before that, James had worked at New Morning for 11 years and served as manager since 2005. He has a business degree from Oregon State University. He’ll be in charge of 28 employees; the majority of them worked for the Weinsteins.

“This had been in the works for some time,” James said. “When I became manager, the plan was that I’d have the opportunity to take over if I wanted. It’s been a smooth transition so far because most people already were familiar with my management style.”

The bakery/cafe/catering service has been a popular Corvallis gathering spot since the Weinsteins purchased the business in 1981. It’s known for its cozy, open atmosphere and walls adorned with art by local artists. Many people conduct business there over breakfast, lunch or coffee. It’s also the site for community meetings.

The deli food is known for being hearty, wholesome and plentiful; the baked goods luscious.

However in recent years, the sluggish economy and more dinning options in town led to declining business. James said that instead of eating at New Morning every day, people are eating there two times a week.

So, James and Gann are planning some changes to make New Morning more appealing to regular customers, and a draw to customers who might have gone elsewhere or who haven’t tried the longtime eatery.

New Morning now offers wireless Internet access, a full breakfast menu on weekends, a couch area and live music. Also, customers will have more flexibility in the kinds of salads and pastries they can buy from the deli with their orders. For example, if customers don’t want the Greek salad that comes with an entree, whatever kind of salad they want can be substituted. Signs instructing customers on purchasing guidelines have been removed.

New offerings are in the works as well.

“We stopped doing live music around 2005,” James said. “So far we’ve had two here and the last one went really well. We’d like to try to have two here every month.”

Gann is behind the move back to live music. Next: ratcheting up the artsy vibe and community outreach — especially Oregon State University students.

James is encouraging customers to bring their laptop computers to the business and hold group meetings.

“I don’t have a problem with people coming in here, getting a cup of coffee and then parking themselves in front of their computers for three hours,” James said. “If people are here, they will buy stuff. How can they not? There’s a lot of good stuff here.”

“We usually book about four to five weddings per summer,” James said. “I’ve got 10 so far. That’s a really good sign.”

Changes are coming to the menu as well, but James still is mulling those.

“Part of me says to keep things the same,” James said. “Another part of me says to change things up. But I want people to be able to get what they want, so I think we will just rotate entrees for now.”

One item James said he’s considering adding to New Morning’s lineup is doughnuts. He’s currently exploring what kind of equipment he would need and the cost associated with making doughnuts. If the idea pencils out, he would like to start rolling out fresh, made-from-scratch doughnuts by summer.

“There really isn’t a place in town that makes doughnut like that,” James said. “If we could make that happen here, I see a lot of potential there, too.”

Hemp compounds can help prevent the virus that causes COVID-19 from entering human cells, according to a study led by Oregon State University …

COVID-19 is to blame. Here's how many students and staff members are impacted by the disease.

Editorial: Communities must do more to protect against slumlords

Newsroom hires at our company have received crucial advice for years: When you move to town, don’t get an apartment or house with a red door.

Watch Now: Travel issues continue with no end in sight