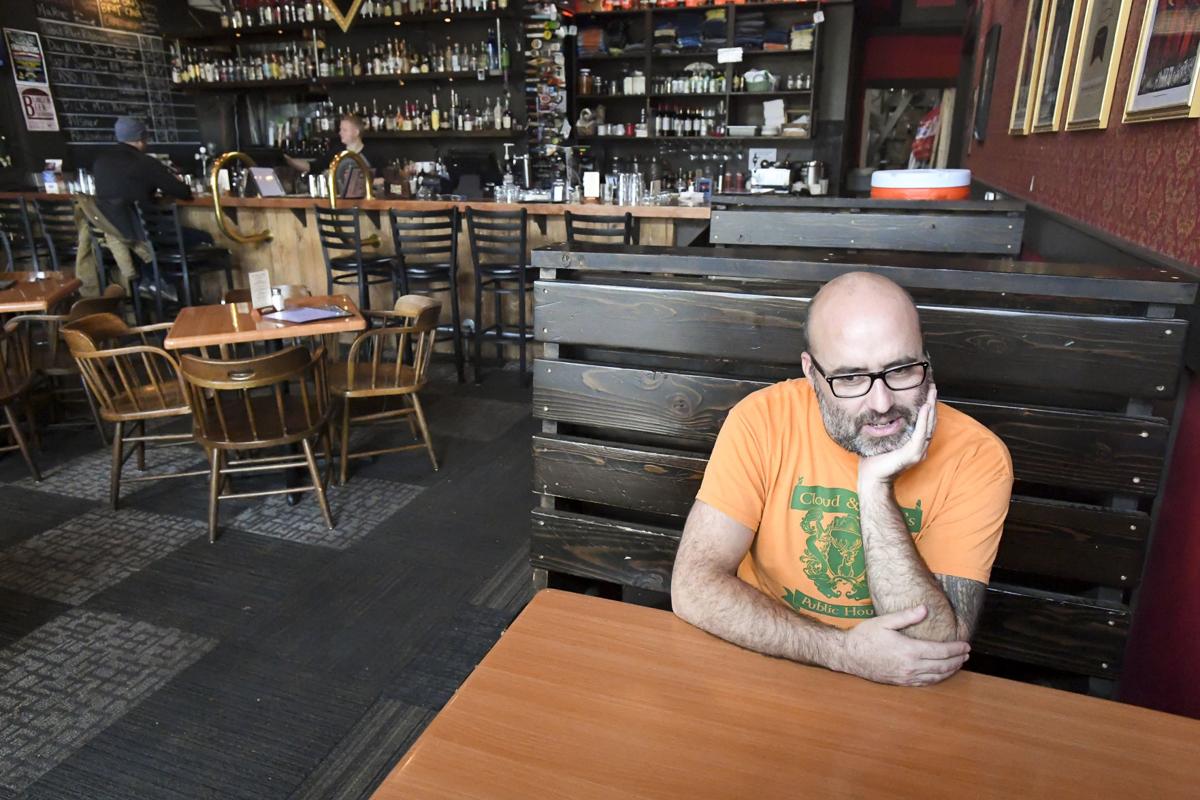 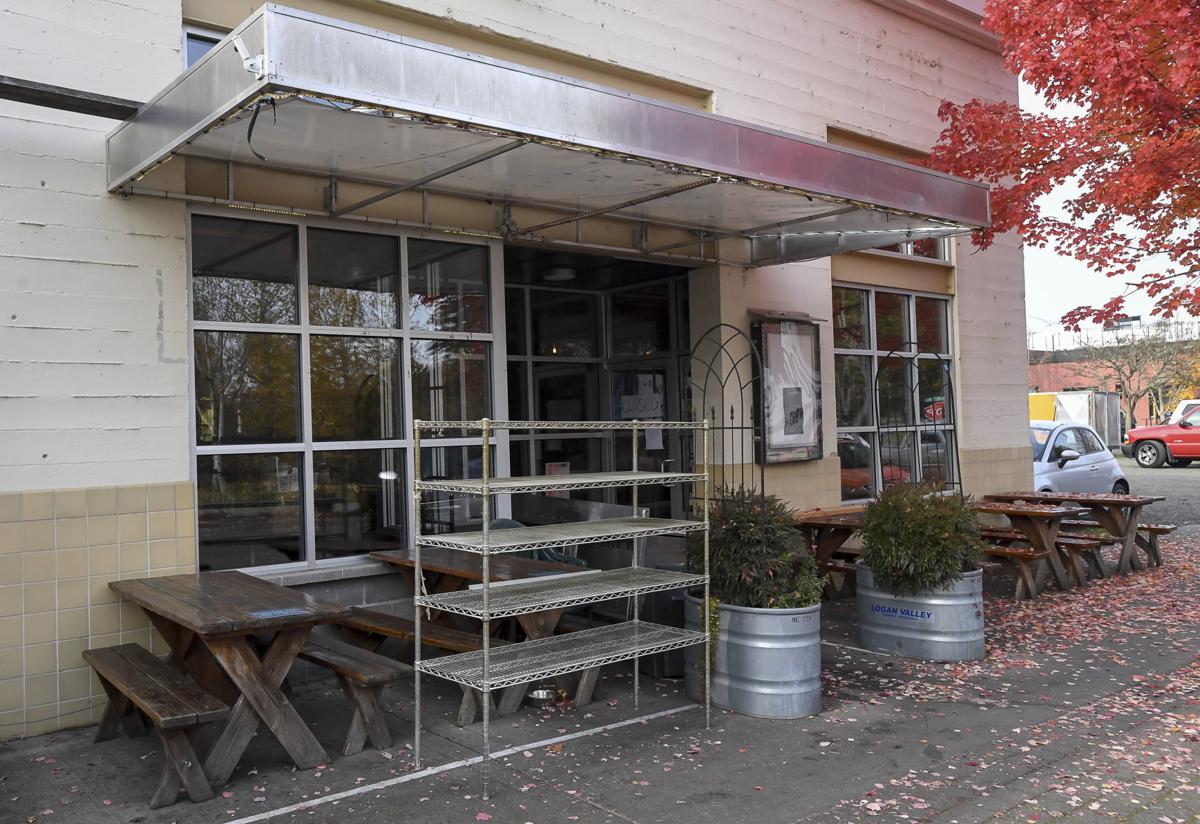 Cloud & Kelly's closed after a Halloween party. Owner Cloud Davidson said that the business struggled in the wake of a controversy over his Tiki bar concept at the site. 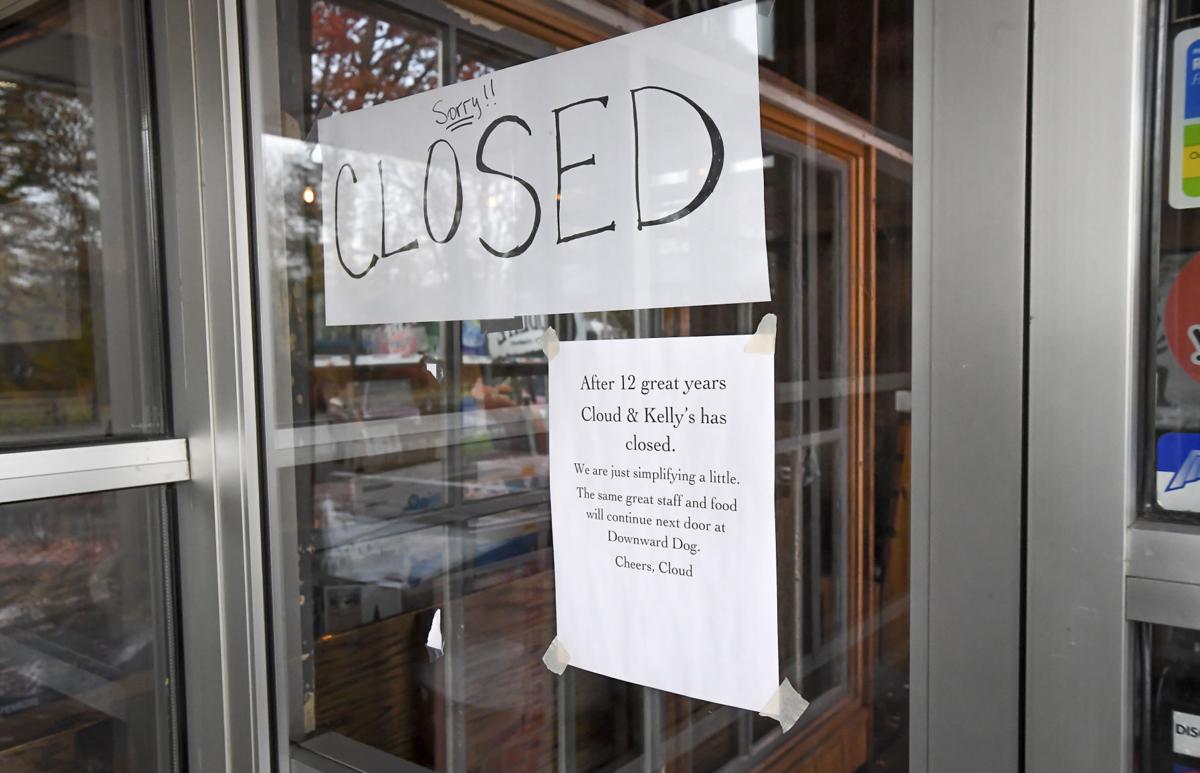 The closed sign on the front door of the former Cloud & Kelly's space.

The downtown Corvallis saga that’s become known as “Tikigate” has perhaps come to an end with the closure of the Cloud & Kelly’s Public House space at 126 SW First St.

The last day of the bar and restaurant, which underwent various changes and was recently known as the Downward Dog Cafe, was on Oct. 31.

Owner Cloud Davidson said that the location could never recover from accusations of cultural appropriation due to his Tiki bar concept at the site, and that it was time to downsize.

“I’m OK with letting it go, but I’ll always have an ill feeling about how it happened,” said Davidson, who also owns the Downward Dog location near the Oregon State University campus, DeMaggio’s New York Pizza and Bombs Away Café.

Cloud & Kelly’s, an Irish pub, was Davidson’s first business, and opened in 2012.

“I took a big risk doing Cloud & Kelly’s and it took off like a rocket ship,” Davidson said.

And then it imploded.

But cartoonish decorations, plastic leis, the Hawaiian-themed name and the lack of traditional “lunch plate” fare led to backlash from all ends of the political spectrum.

“From the middle to the right to the left, I couldn’t do anything right,” Davidson said.

“It’s beyond rhyme or reason. But it all just blew up in my face,” he added.

Davidson tried to address the issue almost immediately by removing Tiki iconography, and rebranded the space as the Salty Dog Tiki Bar & Kitchen. But the business suffered in the wake of the controversy.

So Davidson switched back to Cloud & Kelly’s last September, then rebranded as the Downward Dog Cafe in July, refocusing with a breakfast and lunch menu. But the business continued to suffer.

“I fought for a year-and-a-half. I don’t know if I could have outmaneuvered it, but I didn’t want to go down without swinging,” Davidson said.

“I’ll always wonder if I should have done something different,” he added.

He said that the controversy, and the critical comments he received, both online and in personal interactions, stung deeply.

“I think it’s going to go away and then I got a super, super nasty message from someone the other day, from someone just making incorrect claims,” Davidson said.

Some aspects of Cloud & Kelly’s will survive, though. The live music lineup from the site has moved over to nearby DeMaggio’s. The downtown Downward Dog has added lunch, as well.

A new tenant already is lined up for the Cloud & Kelly’s space, however.

Ko Atteberry, who has worked as a chef for Davidson for years, plans to open Ronin Café and Ramen in January.

“It’s going to be more of a Japanese pub,” said Atteberry, who is half Japanese. He added that the business, his first, will include Pacific Northwest elements.

Cloud Davidson crashed off the proverbial surfboard, recognized and fixed his mistakes and climbed back on again.

The bamboo trim, surfboards and paintings of palm trees at sunset have disappeared, replaced by maps and flags of Ireland and classic Guinness…

Plenty of quality restaurants have opened in Corvallis in recent years, and that’s been exciting for residents and visitors, said restaurateur…

Ko Atteberry, a chef classically trained in French cuisine, has been a mainstay on the Corvallis dining scene for years, but it wasn't until a…

Cloud Davidson said that he was looking to create a more artisan pizza for Corvallis with DeMaggio’s New York Pizza in 2016, but the market wa…

Cloud & Kelly's closed after a Halloween party. Owner Cloud Davidson said that the business struggled in the wake of a controversy over his Tiki bar concept at the site.

The closed sign on the front door of the former Cloud & Kelly's space.