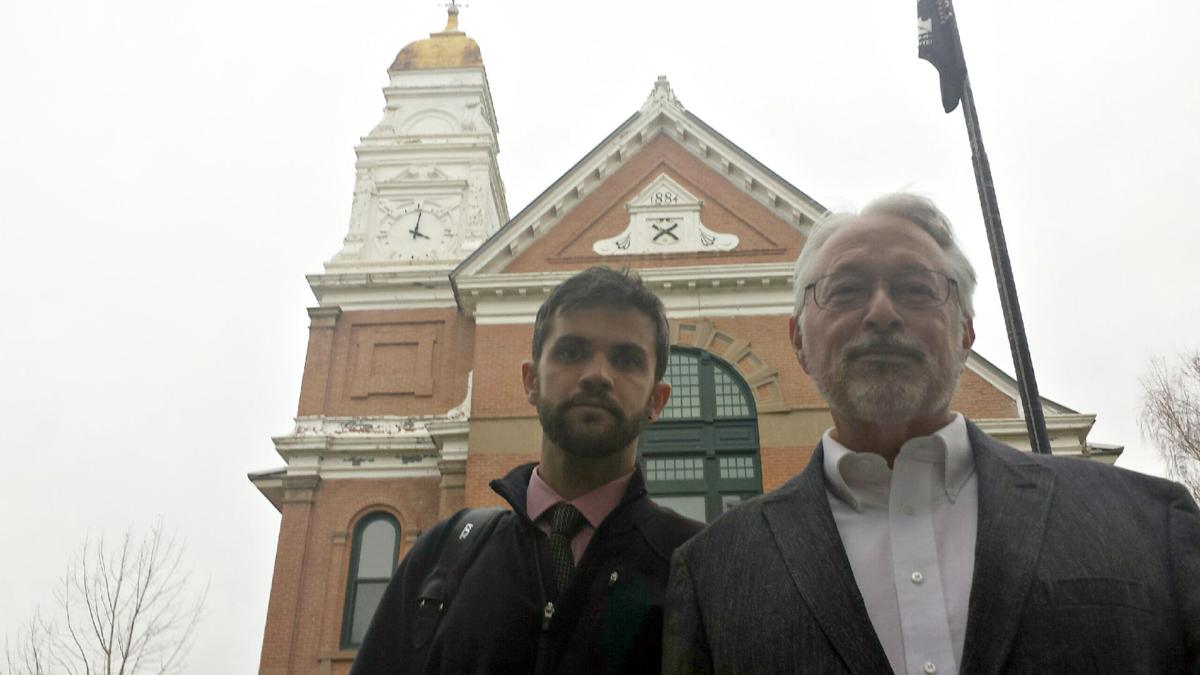 Leonard Higgins, right, stands with defense attorney Herman Watson IV outside the Chouteau County Courthouse on Tuesday. Higgins was one of five "valve turners" who took part in a coordinated effort to close down oil pipelines in four states. His trial on trespassing and criminal mischief charges begin Tuesday in Montana. 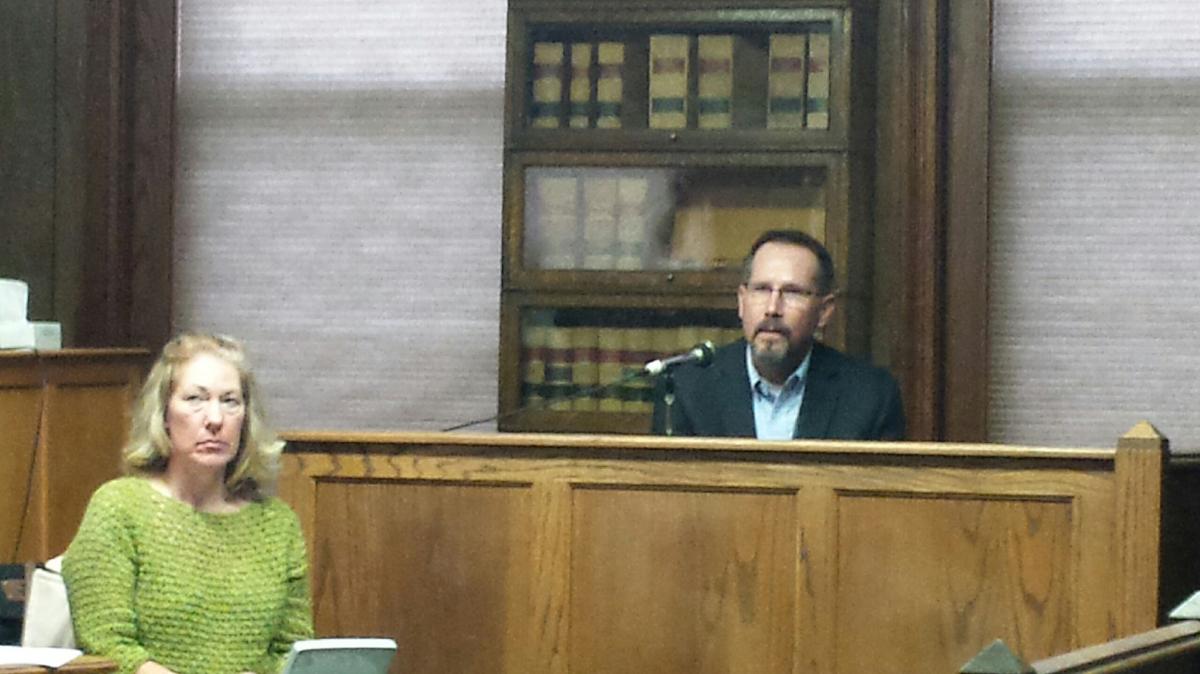 FORT BENTON, Mont. — Leonard Higgins admits he broke into a remote Montana control facility in October 2016 and turned an emergency shutoff valve on the Spectra Express pipeline. But exactly how much harm did he do?

That was the central question during the opening day of his trial on trespassing and criminal mischief charges, which began Tuesday in Chouteau County District Court in Fort Benton, Montana.

The 65-year-old former Corvallis resident was one of five “valve turners” who took part in a coordinated action last year to close down oil pipelines in four states to dramatize what they call a climate change emergency.

If Higgins is convicted of trespassing — which he admits to doing — he could face up to a year in jail. The criminal mischief charge, however, is a felony count that could earn him a much longer sentence — up to a decade in the Montana State Prison.

But under Montana law, the state must prove Higgins caused more than $1,500 in damage to get a felony conviction.

In his opening statement on Tuesday, Gannon noted that Higgins used bolt cutters to cut through four steel chains and a padlock to enter the fenced enclosure and free the wheel that operates the emergency shutoff valve, damaging an actuator cover in the process.

In addition to the cost of replacing those items, the company also committed considerable resources to making sure no oil was leaking from the line and that there was no danger to the public. That included sending a pair of technicians to the scene at a cost of $43 an hour and dedicating two supervisors to the incident at an hourly rate of $100 apiece.

“Just the cost to the company right at this particular site … is over $1,500 right there,” Gannon said.

The prosecution’s chief witness was Mike Graham, who was the district supervisor for the Spectra Express pipeline at the time.

Graham testified that the actuator cover cost $838 to replace and the chain another $100. He added that he and another supervisor each spent eight hours that day responding to the incident, while the two technicians dispatched to the facility spent six and a half hours on the task and drove 75 miles to the site in separate vehicles.

In addition, Graham said, he sent eight more workers into the field to inspect other emergency shutoff stations.

“This affected the whole Express-Platte system,” Graham said. “This is 1,700 miles of pipe.”

Defense attorney Herman Watson IV, who reserved his opening statement until after Graham’s testimony, assailed the state’s evidence in his initial remarks to the jury.

He argued that all the employees who responded to the incident would have been paid that day even if no shutdown had occurred and that, in any case, Gannon had failed to produce time cards or other evidence documenting their wages.

The only actual damage documented by the state was the cost to replace the actuator cover and the chain, Watson said, underscoring his point by writing the numbers 838 and 100 on a chalkboard.

“Mr. Gannon is saying that there’s more there. I’m saying there’s not. There isn’t.”

Watson added that Higgins was trying to make a point, not wreck the pipeline, and that he took precautions to ensure no oil was spilled and no one was endangered by his actions.

“It was Mr. Higgins’ intention to symbolically turn that valve to raise attention for climate change, and that is why we’re here today,” he told the jury. “I just want you to hear what he has to say.”

More than 40 of Higgins’ friends, family members and fellow activists from Oregon, Washington, Montana and elsewhere were in the courtroom on Tuesday to show their support. Also on hand were three of his fellow valve turners — Ken Ward, Michael Foster and Emily Johnston — and Steven Liptay, a codefendant in Johnston’s case.

The trial is set to resume Wednesday morning, when Higgins will take the stand in his own defense.

Leonard Higgins, right, stands with defense attorney Herman Watson IV outside the Chouteau County Courthouse on Tuesday. Higgins was one of five "valve turners" who took part in a coordinated effort to close down oil pipelines in four states. His trial on trespassing and criminal mischief charges begin Tuesday in Montana.