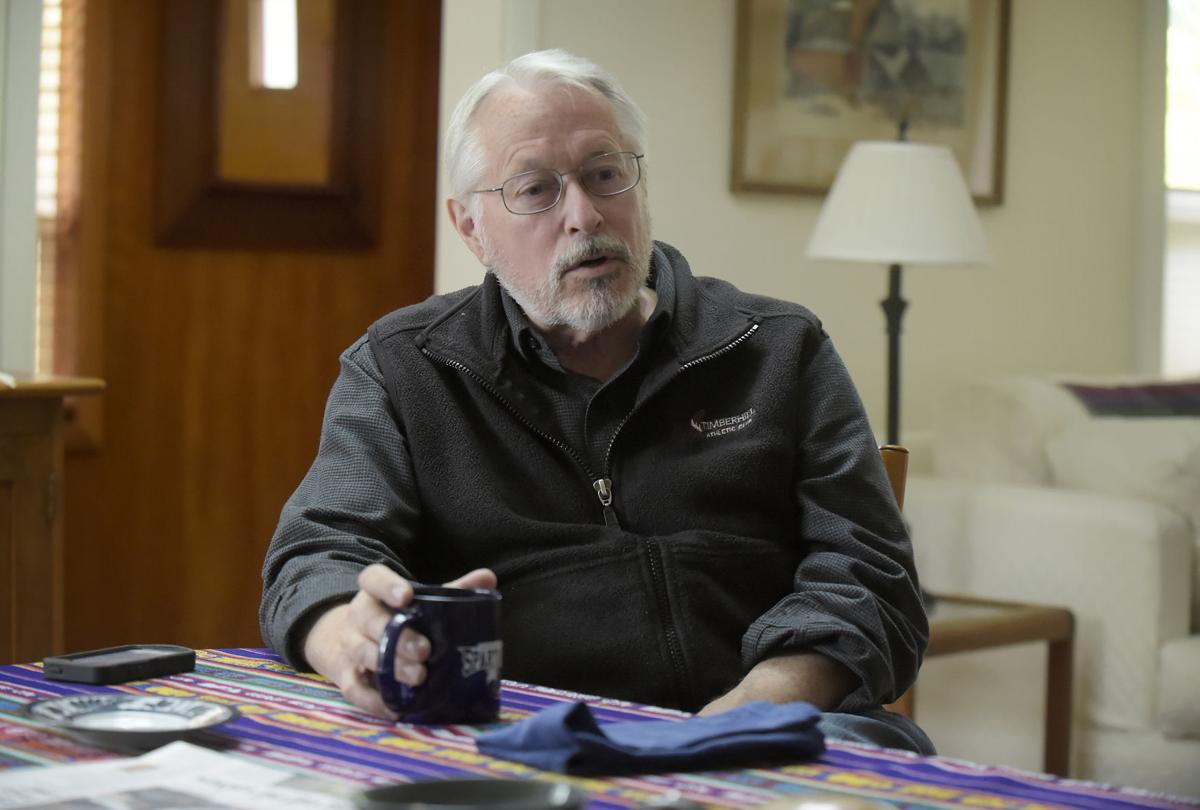 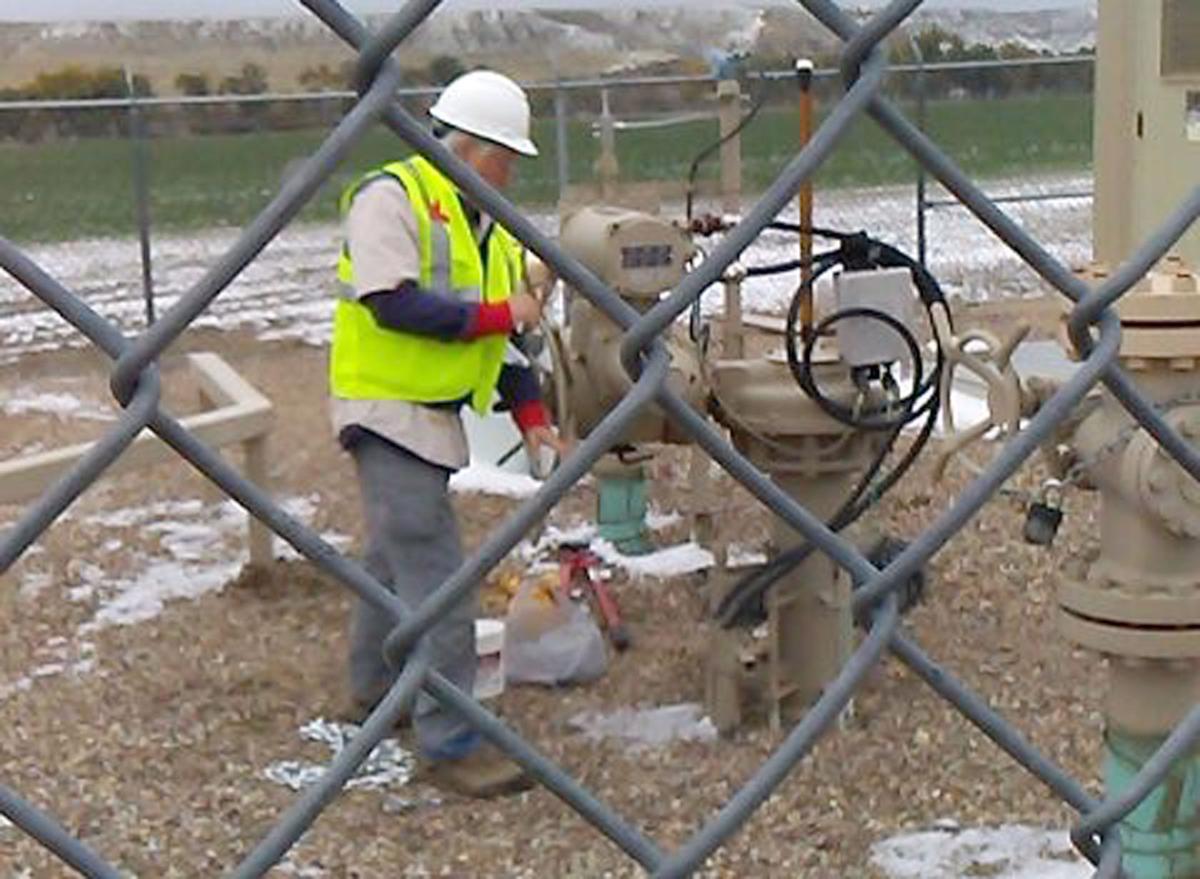 After breaking into a fenced enclosure near Coal Banks Landing, Montana, on Oct. 11, 2016, Leonard Higgins turned an emergency shutoff valve to halt the flow of oil through the Spectra Energy Express Pipeline. 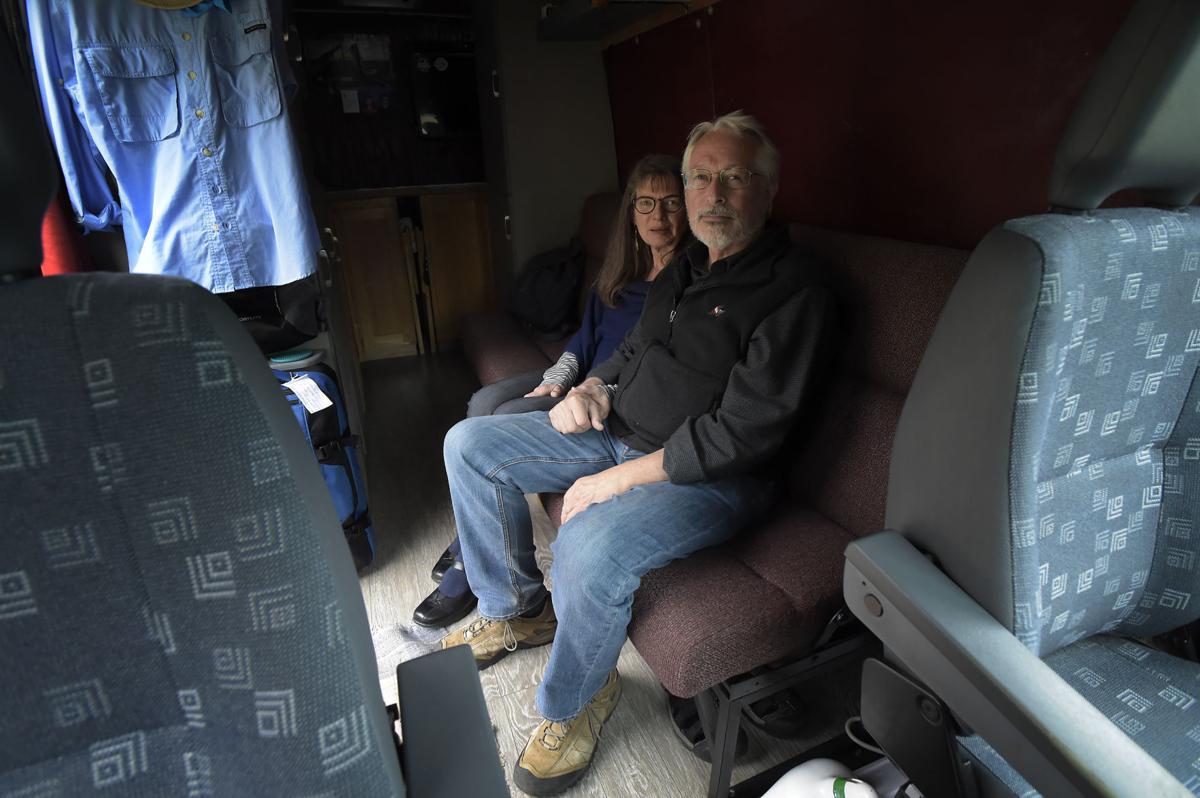 Higgins and his partner, fellow climate activist Angela van Patten, sit together in the van Higgins calls home in this file photo from May. The two have been making plans to maintain their relationship while Higgins serves a likely prison sentence in Montana.

Leonard Higgins will get his day in court next week.

The 65-year-old former Corvallis resident goes on trial starting Tuesday in a Montana courtroom for his role in a climate change protest that grabbed headlines last year for briefly cutting off the flow of crude oil from the Canadian tar sands to refineries in the United States.

Higgins was one of five activists who took part in a coordinated action on Oct. 11, 2016, to close emergency shutoff valves on five pipelines in four states to focus attention on what they see as an urgent need to curb global warming by halting the use of fossil fuels.

All five of the “valve turners” were charged with felonies in the states where the protests took place. Several other individuals who either videotaped their actions or acted in support roles also were charged (see sidebar with this story).

Higgins faces a misdemeanor charge of criminal trespass and a felony charge of criminal mischief for closing an emergency shutoff valve on the Spectra Energy (now Enbridge Corp.) Express Pipeline in a remote part of Chouteau County, Montana. A conviction on the more serious offense could bring a penalty of up to 10 years in the state prison at Deer Lodge.

None of the valve turners attempted to leave the scene or avoid prosecution for their actions. Instead, each waited patiently to be arrested and then requested a jury trial as a platform to air their views on climate change.

“The whole action was focused on communicating the emergency that we’re in and the failure of government and business to respond,” Higgins said, “and the fact that even though we’re beginning to turn the tide, it’s woefully inadequate to protect ourselves, and certainly our children, from climate change.”

Higgins will be represented in the case by two pro bono attorneys, Herman Watson IV of the Watson Law Office in Bozeman, Montana, and Lauren Regan of the Eugene-based Civil Liberties Defense Center.

Watson said he’s not used to representing a defendant like Higgins.

“Most people come into my office saying, ‘I want to beat these charges’ or ‘I’m not guilty.’ Leonard came to me with, ‘Here is what happened and here’s why I did it,'" Watson said.

“I’m excited for Leonard to have the chance to tell his story, which is what this trial is all about.”

That being said, Watson added that he intends to vigorously contest the criminal mischief charge against his client. For the offense to qualify as a felony under Montana law, the prosecution has to show that Higgins caused damage worth more than $1,500.

“I believe in the merits of our case and the defense we’ve prepared, regardless of the symbolic outcome I think Leonard is seeking,” Watson said.

“It’s something I feel very confident presenting to a jury.”

If Higgins is convicted on the felony charge, however, he insists that he’s prepared to serve his sentence.

“I’ve talked to my loved ones about the possibility of that,” said Higgins, who has five grown children and two grandchildren. “I’ve tried to explain why I think it’s important — and more important than my freedom.”

Higgins had hoped to be able to use the necessity defense in his Montana trial, which would have allowed him to argue that his illegal acts were necessary to prevent greater harm from climate change, but the judge in his case refused to allow it.

Higgins was recently convicted of trespassing in another case stemming from a climate change protest last year in Anacortes, Washington, where he was fined $250 and ordered to perform eight hours of community service. Despite the outcome, he considers that case a victory for his activism.

“What was remarkable was that the judge complimented and praised our efforts in regard to climate change,” Higgins said. “I think we changed some people’s minds.”

Leonard Higgins was not the only person arrested on criminal charges in last year’s “valve turner” protests. Here’s an update on related cases:

• Videographer Reed Ingalls, who documented and live-streamed Higgins’ efforts to turn off the Express Pipeline, also faces criminal penalties in Montana. He is charged with one misdemeanor count of criminal trespass and one felony count of criminal mischief.

He faces up to 10 years in prison on the criminal mischief charge.

Like Higgins, Ingalls was scheduled to be in court on Tuesday, but his trial will most likely be postponed. The new trial date has not yet been announced.

• Ken Ward, who turned the valve on Kinder-Morgan’s TransMountain Pipeline near Burlington, Washington, was convicted of second-degree burglary on June 7 in Skagit County District Court, but the jury failed to reach a verdict on a felony charge of sabotage, which carried a maximum penalty of 20 years in prison. An earlier trial resulted in a hung jury on both counts.

On June 22, Ward was sentenced to 30 days in jail, which the judge suspended in lieu of 30 hours of community service.

Ward is appealing his conviction on the burglary charge on the grounds that the judge improperly denied his motion to employ a necessity defense at trial.

• Michael Foster, who shut down TransCanada’s Keystone Pipeline near Walhalla, North Dakota, was convicted Oct. 6 in Pembina County District Court of criminal mischief and conspiracy to commit criminal mischief, both felonies, and a misdemeanor count of criminal trespass. He faces up to 21 years in prison.

Foster’s co-defendant, Sam Jessup, who was on hand to videotape Foster’s actions, was convicted of felony conspiracy to commit criminal mischief and misdemeanor criminal conspiracy. He could get up to 11 years behind bars.

Sentencing is scheduled for Jan. 18.

The most serious charges against the two women carry potential prison terms of up to 10 years. Their trial is scheduled to begin Dec. 11.

Their co-defendants in the case are Ben Joldersma, who provided support at the scene, and Steven Liptay, who videotaped the action. The judge ruled that they also will be allowed to present a necessity defense to the jury.

Their trials also are set for Dec. 11.

Leonard Higgins is a foot soldier in the fight against global warming.

After breaking into a fenced enclosure near Coal Banks Landing, Montana, on Oct. 11, 2016, Leonard Higgins turned an emergency shutoff valve to halt the flow of oil through the Spectra Energy Express Pipeline.

Higgins and his partner, fellow climate activist Angela van Patten, sit together in the van Higgins calls home in this file photo from May. The two have been making plans to maintain their relationship while Higgins serves a likely prison sentence in Montana.