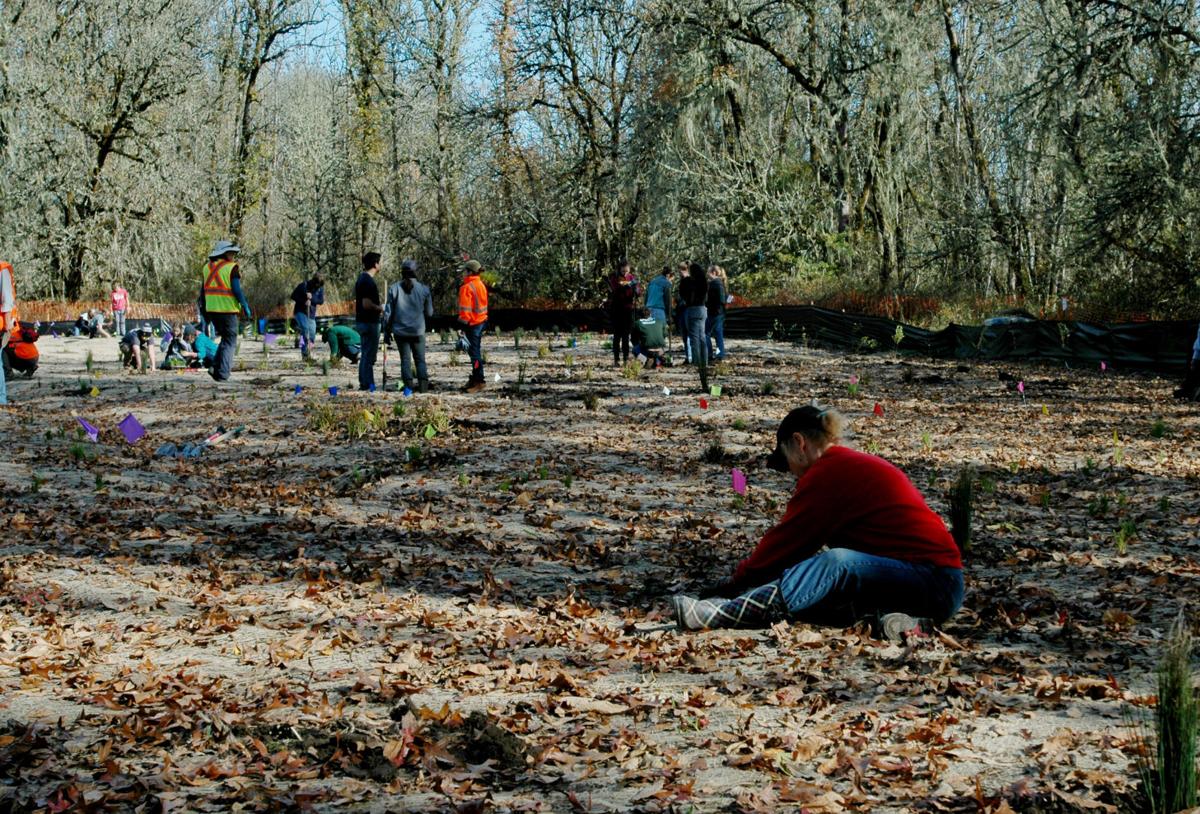 Volunteer Beth Ewy, foreground, works on planting native species near the Starker Arts Pond on Saturday as part of a project intended to create wetlands in the area into which the pond drains. Approximately 80 volunteers participated. 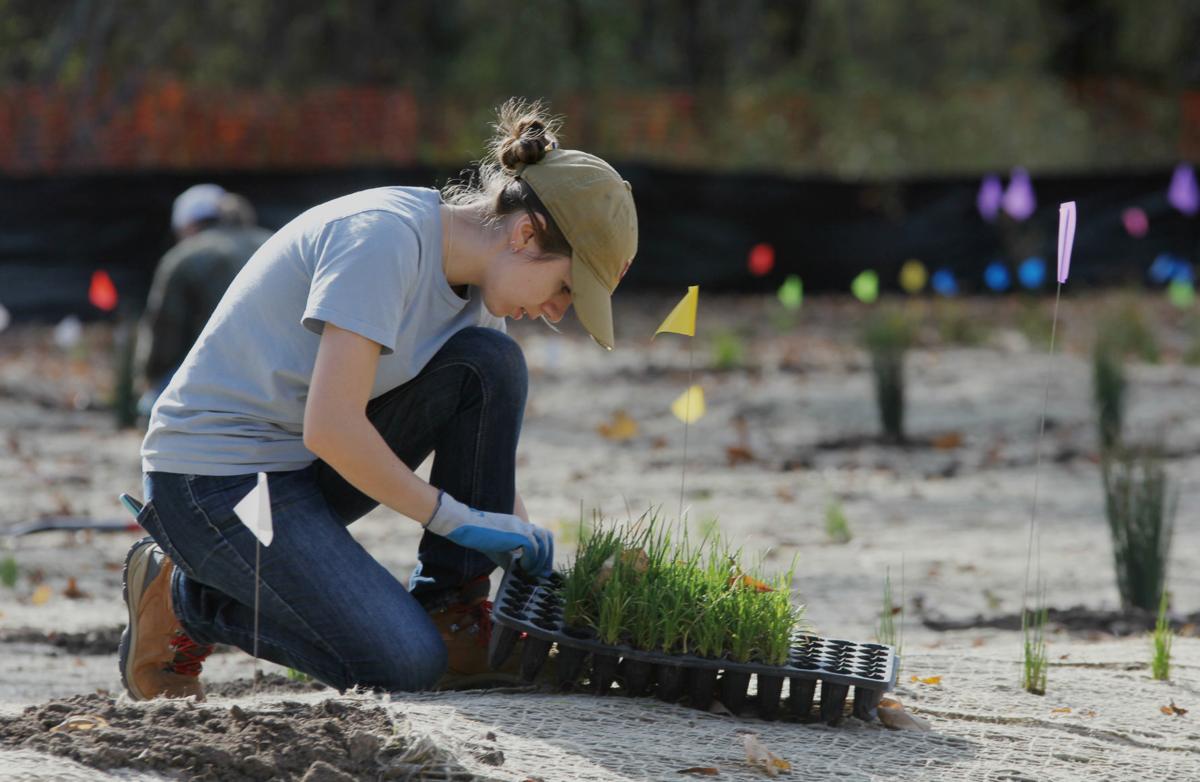 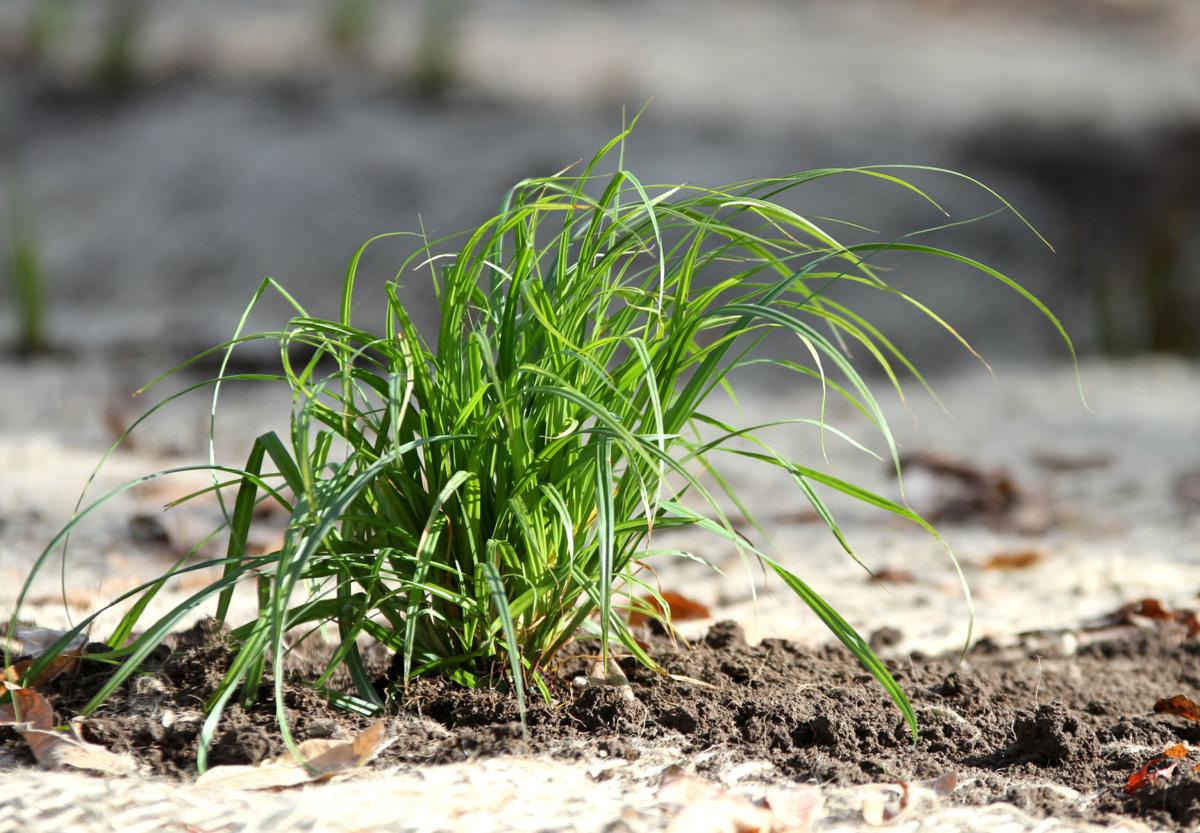 A sedge was planted in the area into which the Starker Arts Park pond drains. Native species like this will help regenerate wetlands areas near the pond. 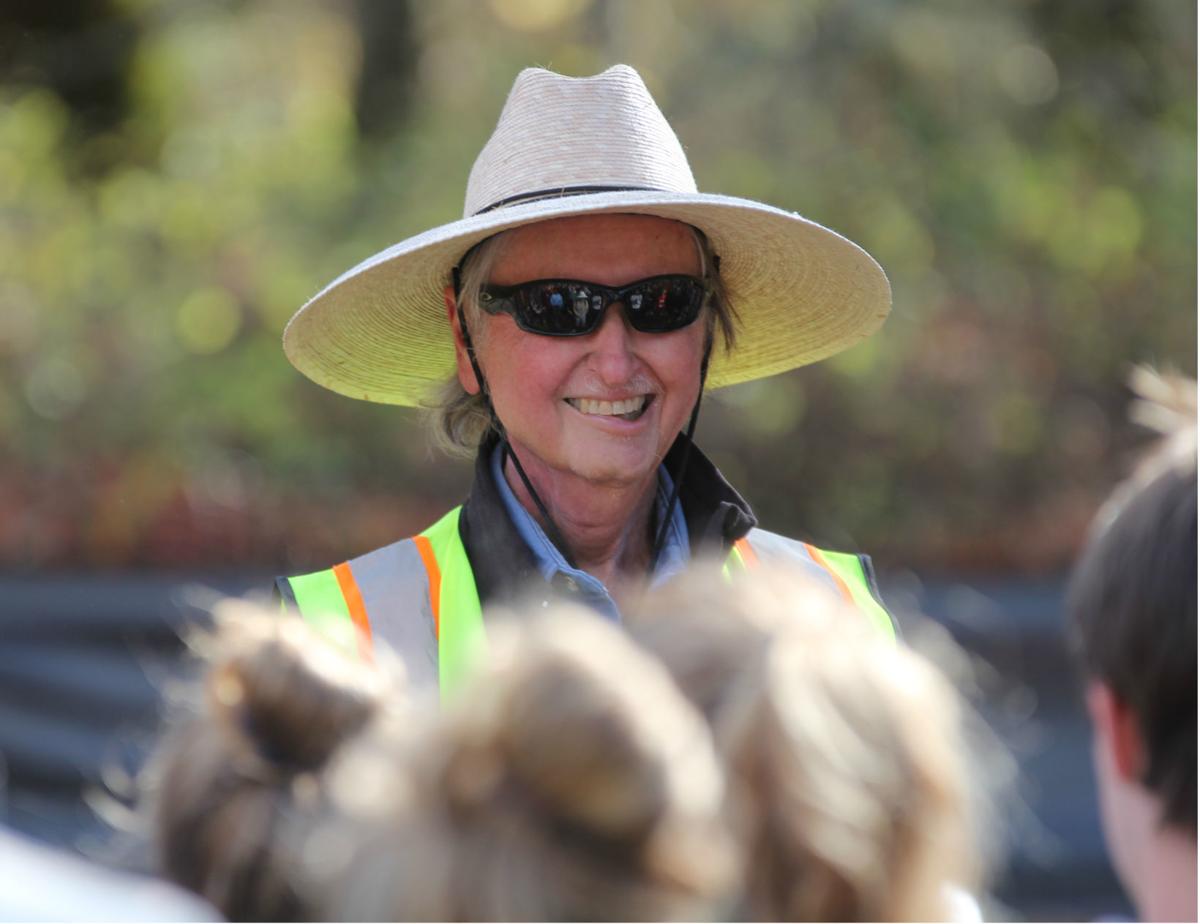 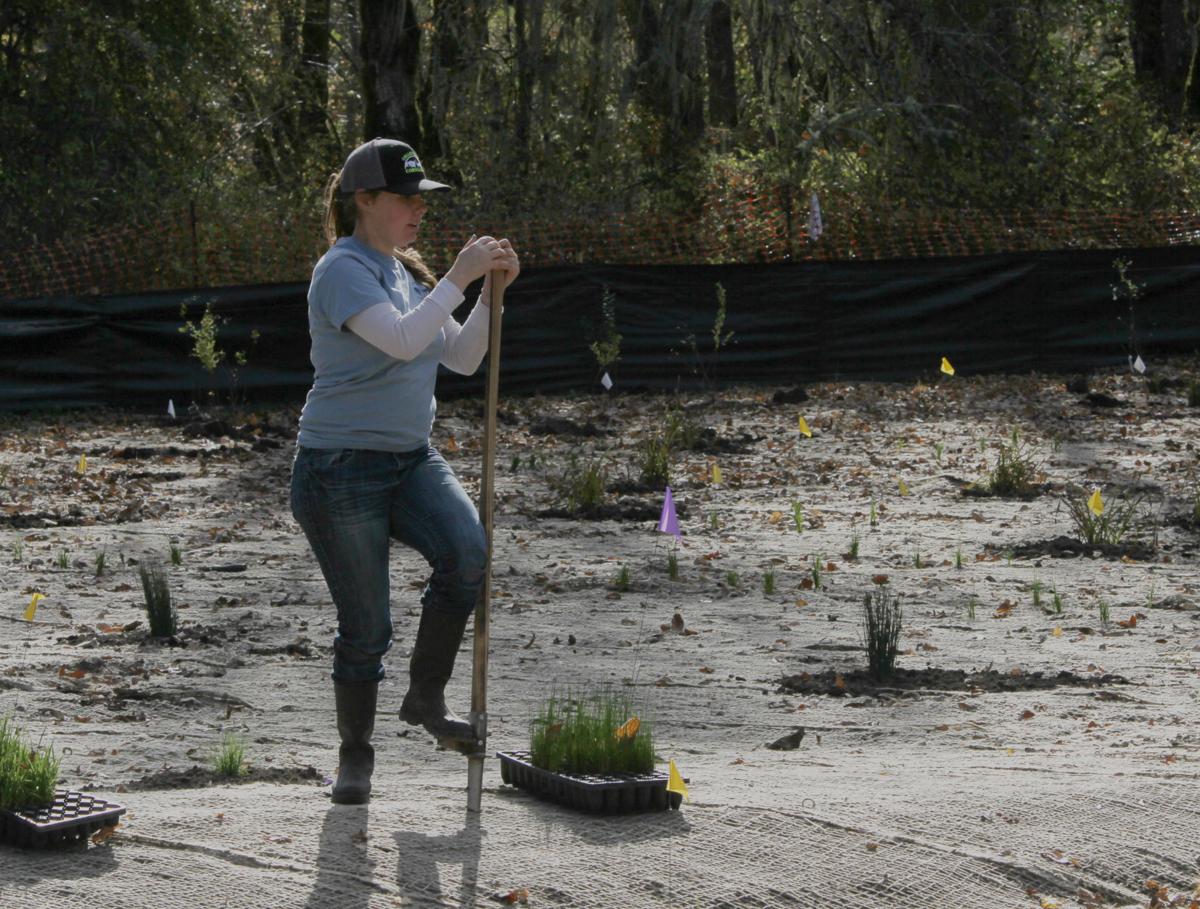 The problem with the ducks in the Starker Arts Park Pond is their droppings.

Dave Eckert, with the Corvallis Sustainability Coalition’s water action team, said those droppings contain nitrogen and phosphorus, which flow from the pond into Lower Dunawi Creek and subsequently into the Marys River where they cause algae blooms that reduce the oxygen levels in the water and kill fish.

But, he said, while nitrogen and phosphorus are a problem in water, it’s a different situation when they are in soil.

So Saturday a group of more than 80 volunteers worked to plant native species in the area into which the pond drains as a way of creating a wetland that will act as a filtration system to keep the chemicals out of the creek and river. Eckert said the planting session follows planning and preparation efforts going back to August of 2017 by the sustainability coalition, the Marys River Watershed Council, and Corvallis Public Works, which owns and manages the site.

“We’re turning something that was a problem into a benefit,” he said.

Eckert said the project is separate from Corvallis Parks and Recreation’s work on the pond itself, but the fact that the two projects are happening at the same time is a beneficial coincidence.

“It’s helpful to not have water in here when we’re working,” he said.

Eckert said the city had $20,000 in funds that could only be used for remediation work, and that money has been used to fund the wetland project. He said the coalition and watershed council have assisted with planning and permitting work and in finding volunteers.

Eckert said part of the cost of the project was the city doing grading work with heavy machinery in the regenerated wetland area, which was previously filled with non-native grasses. He said before the work there was a channel that went directly to the creek, but now that channel has been split into two main channels which are in turn bifurcated in multiple places.

Eckert said Saturday’s volunteers were planting rushes and sedges and in the future the partners on the project will line the wetland with native bushes such as elderberry, red-flowering currant and snowberry, which will also help filter water.

Eckert said the project partners also will be placing educational signage in the area to explain how wetlands help keep rivers and streams clean.

Eckert said the planting Saturday was originally scheduled to take four hours but turnout was so strong the work was done in about an hour.

Beth Ewy, who volunteered at the event, said restoring wetlands was a great thing to help with it.

“You feel like you’ve done something when you look around,” she said.

A new Taco Bell franchise is coming to Corvallis.

A noninjury crash northeast of Corvallis was followed by an unrelated police chase that ended in an arrest near Albany on Thursday night.

Volunteer Beth Ewy, foreground, works on planting native species near the Starker Arts Pond on Saturday as part of a project intended to create wetlands in the area into which the pond drains. Approximately 80 volunteers participated.

A sedge was planted in the area into which the Starker Arts Park pond drains. Native species like this will help regenerate wetlands areas near the pond.