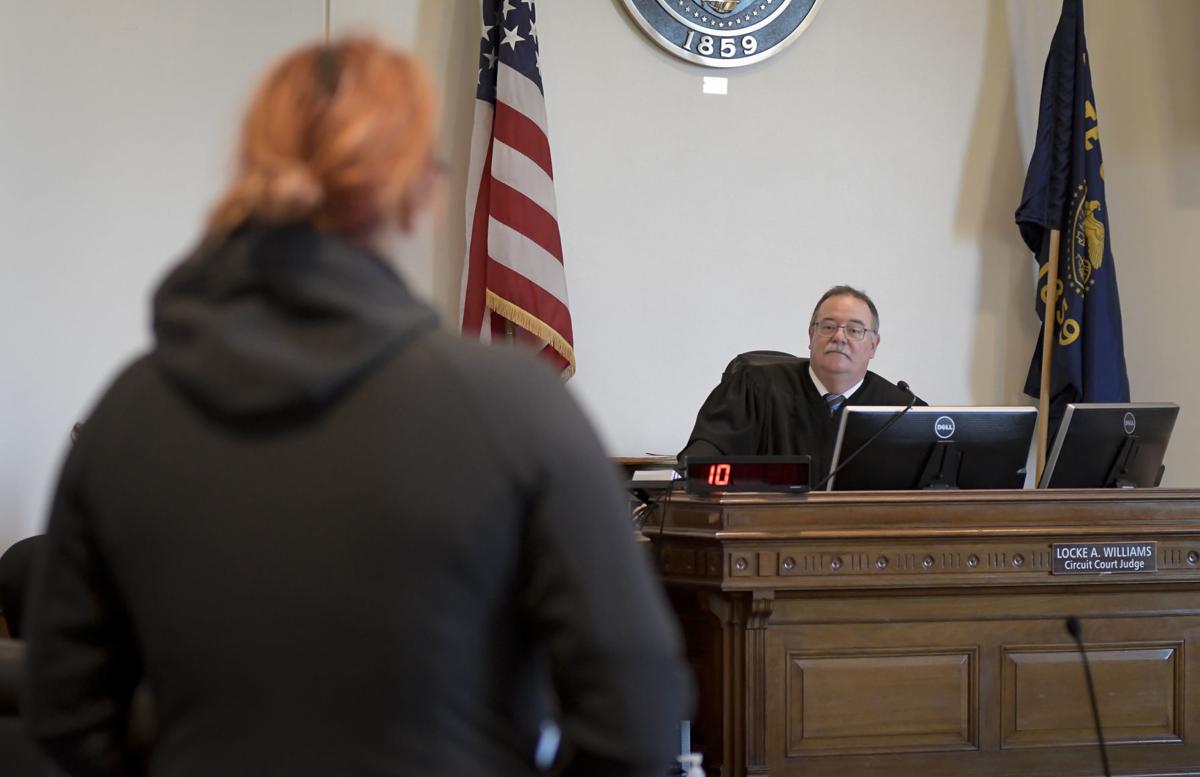 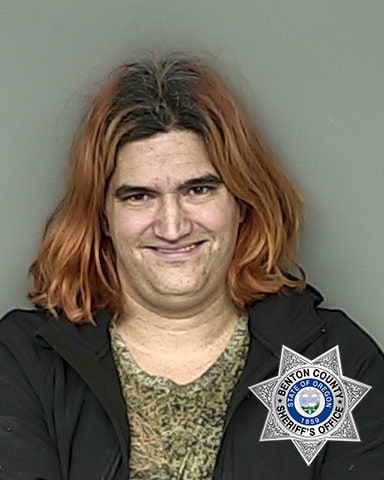 Alanna Nicole Partin’s trial on a felony weapons charge and other counts was scheduled to begin next week in Benton County Circuit Court, but it was canceled Tuesday after she failed to appear for her trial readiness hearing.

When the 39-year-old Sweet Home woman did not show up as scheduled, Judge Locke Williams canceled her pretrial release agreement and issued a warrant for her arrest on several criminal charges stemming from a November traffic stop in downtown Corvallis during which she allegedly refused to cooperate with law enforcement officers and had to be shocked with a stun gun before being taken into custody.

Williams also found the absent Partin guilty of several traffic violations that derived from the same incident, fining her a total of $1,520 for refusing to take a test for intoxicants, having nonstandard lighting equipment, illegally altering or displaying a license plate and driving with a suspended or revoked license.

Warrants for Partin’s arrest were issued after she missed at least one court date in each of those cases.

Partin was pulled over by Benton County deputies at 1:48 a.m. on Nov. 7 on Northwest Third Street near Van Buren Avenue in downtown Corvallis.

According to a narrative of events filed in court by Deputy District Attorney Andrew Jordan, Partin argued with the deputies, refusing to present a driver’s license, disputing their authority and refusing to get out of her pickup truck.

After Partin “made a quick furtive movement towards the lower driver’s side door area,” the narrative states, the deputies drew their pistols and backed away from the vehicle, thinking she might be reaching for a gun.

After backup officers arrived, the narrative goes on, Partin’s passenger was persuaded to get out of the truck, but Partin still refused. A deputy shocked her with his Taser, and Partin was taken into custody.

According to the narrative, a search of Partin’s pickup turned up a loaded .357 revolver in the driver’s door pocket and a partially assembled AR-15 assault rifle behind the seat.

The felon in possession of a firearm charge is based on Partin’s 2015 conviction in Multnomah County on a felony charge of attempting to elude a police officer. The charge was retroactively reduced to a misdemeanor after Partin completed 18 months of probation, but the court order wasn’t filed until several weeks after Partin’s Corvallis arrest last fall.

Partin argues that the charge is invalid because the felony conviction was retroactively reduced.

Deputy DA Jordan filed a motion on Monday asking Judge Williams to bar that argument at trial as not relevant, but Williams has not yet ruled on that motion.

For the most part, Partin has acted as her own attorney and has repeatedly challenged the court’s authority over her. Her claims follow the general outlines of the so-called sovereign citizen movement, a loosely organized network of people who assert that the 14th Amendment to the Constitution created an inferior form of citizenship that subjects most Americans to commercial statutes rather than constitutional law.

Alanna Partin’s trial on weapons charges has been scheduled for June in Benton County Circuit Court, but the Sweet Home woman told a judge on …

The case of Alanna Nicole Partin continues to produce sparks in the courtroom of Benton County Circuit Court Judge Locke A. Williams.

Alanna Partin, the Sweet Home woman arrested in downtown Corvallis in November after she allegedly reached for a handgun during a traffic stop…

A Sweet Home woman who has claimed courts have no authority over her failed to appear Thursday at a hearing in Benton County Circuit Court, ac…