Navigating the road into Willamette Park can be a bit like dodging through a minefield. One wrong move and — thunk — you’re hitting bone-jarring potholes.

The city of Corvallis periodically repairs the road or contracts that work, but it’s only a matter of time before weather and usage eventually degrade the fixes. Jude Geist, parks division manager, said more gravel and smoothing was slated for January, and another round of work is likely in April or May.

Public works graded and repaired the road in early December after the potholes had gotten bad, according to Geist, who said heavy rains and traffic then took such a toll that by the month’s end, the road was already in disrepair again. He said the city works on the road at least three times a year.

“Vehicles driving over the road creates potholes,” Geist said. “If you add rain and water to the mix, it just speeds up the process.”

Geist said Willamette Park is a popular destination that draws lots of visitors. Cradled by the Willamette River, it’s been a city property for decades. It features a large picnic shelter, restrooms, play area, river access, off-leash dog area, sports fields and the only disc golf course in town.

Some members of the public have questioned whether paving the road and parking lot would solve the pothole plague. Geist said paving would be ideal for the community, and routine maintenance would be less expensive. However, the initial cost — $4.24 million — has left paving on the unfunded capital improvement projects list.

“We just don’t have those funds,” Geist said. “The city would have to identify the funds either through grants, combined with general fund dollars, donations, and others to get us to that point.”

As a "rough ballpark," Geist estimates that the city spends around $1,600 in labor and $500 in materials annually in its quest to patch up the holes. 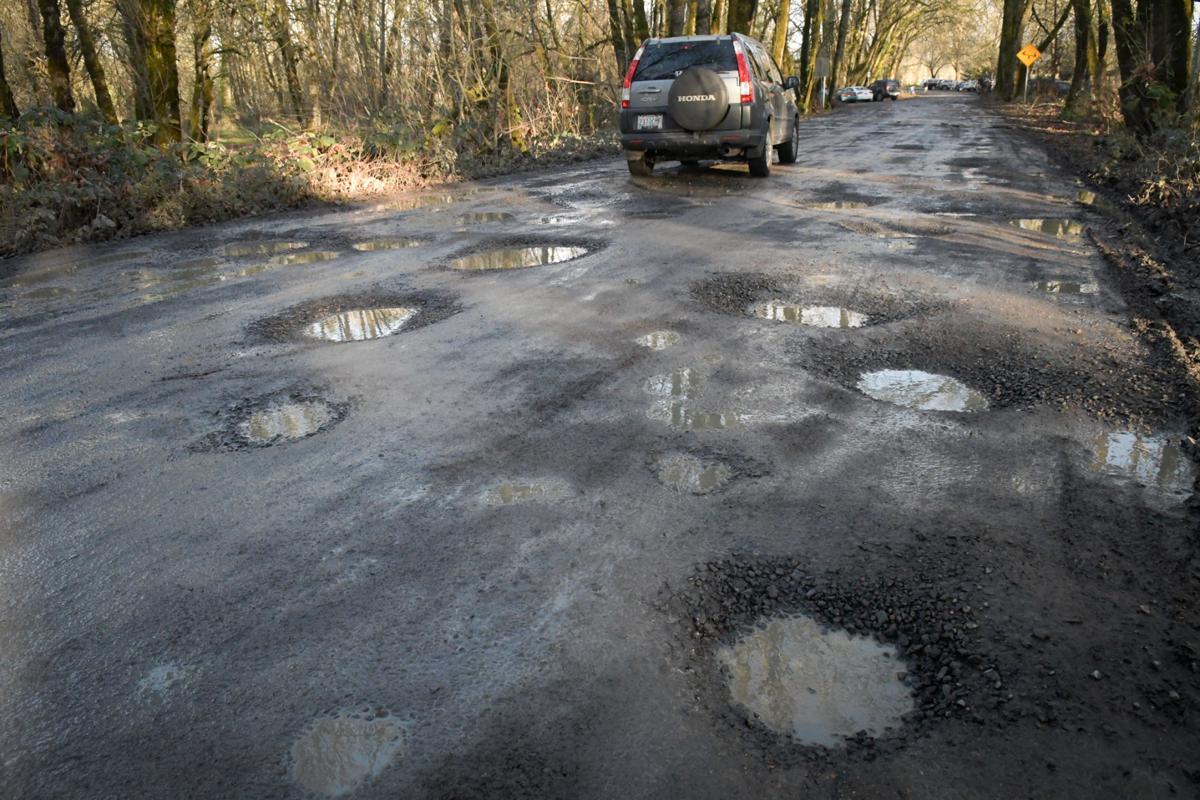 Traffic navigates the potholes at the entrance of Willamette Park & Natural Area. Another short-term fix of gravel and grading is planned. 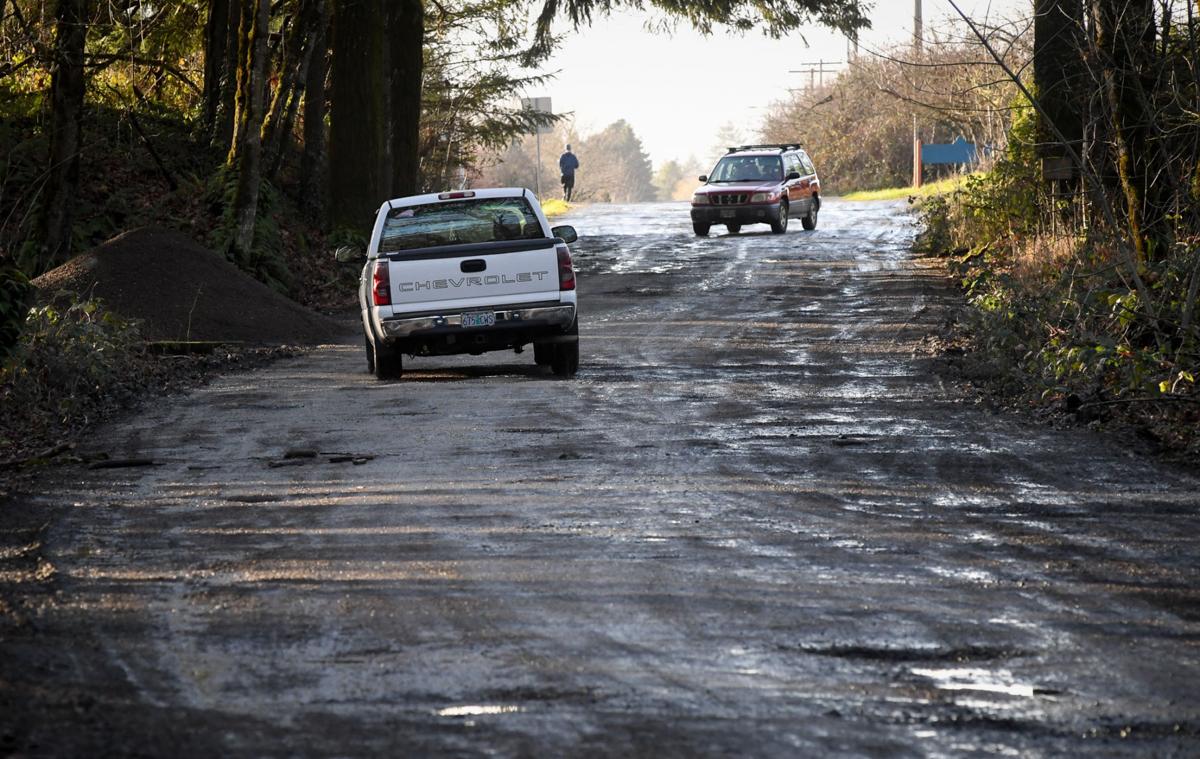 The road leading into Willamette Park is repaired at least three times a year, but weather and traffic continues to erode the work.