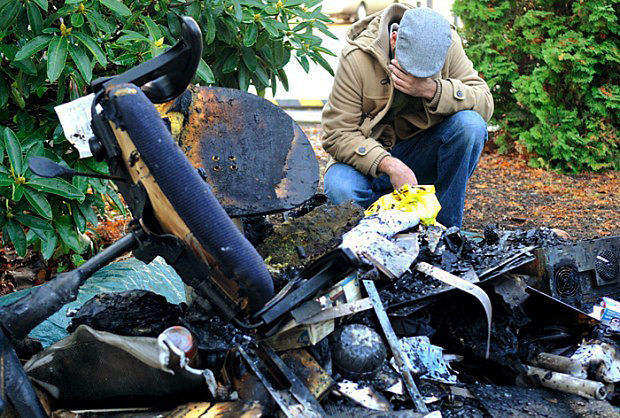 Ahson Saeed, of Corvallis reacts to a pile of burnt debris pulled from the local mosque in Corvallis, where an arsonist set a fire in the early hours of Nov. 28, 2010, in this Gazette-Times file photo. 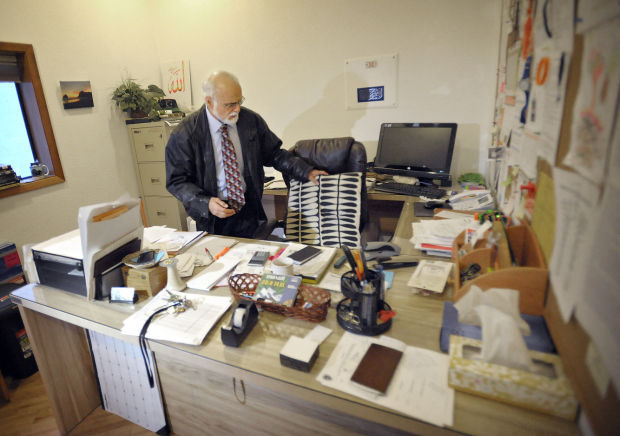 Mozafar Wanly, mosque elder at Salman Al-Farisi Mosque, works in the refurbished office that had been firebombed in 2010 in this December 2014 file photo. 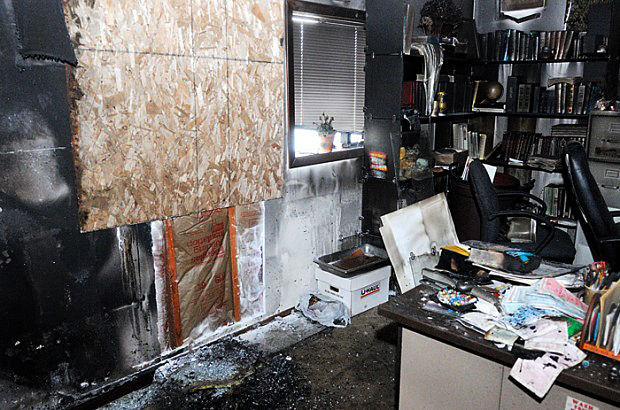 The inside of Director Mohammed Siala’s office where an arsonist threw a bottle of flammable liquid into the mosque in Corvallis on Nov. 28, 2010, in this file photo.

EUGENE — The 29-year-old man who pleaded no contest to starting the November 2010 arson at Corvallis’ Salman Al-Farisi mosque was sentenced Wednesday to five years probation.

Cody Crawford, who was convicted of a federal charge of damaging religious property after pleading no contest in the case in November, received the probationary sentence as part of a plea agreement that was reportedly supported by the congregation of the Salman Al-Farisi mosque. Prosecutors didn’t recommend prison because Cody Crawford is mentally ill and mosque leaders expressed forgiveness and a desire to move on. U.S. District Court Judge Ann Aiken followed the plea agreement recommendations Wednesday.

Crawford has not admitted to starting the Nov. 28, 2010, fire at the Corvallis mosque, but he pleaded no contest last fall to damaging religious property, noting that he was “done fighting.”

Crawford has been diagnosed with several mental illnesses, including bipolar disorder, depressive disorder and autism spectrum disorder. In a statement to the court Wednesday, Crawford described himself as a high functioning autistic. He also noted that he had never admitted to starting the fire and that he harbored no ill will toward Muslims.

“I am not a racist. I love almost everyone,” Crawford said. “Right now I’m going to set my mind and soul to rebuilding.”

As part of the plea agreement for sentencing, federal prosecutor William Fitzgerald did not recommend prison for Crawford because of his mental illnesses. But Fitzgerald reminded the court Wednesday that Crawford was convicted and that there was sufficient evidence to prove that Crawford set fire to the mosque.

Assistant federal public defender Bryan Lessley said there was no degree of reliability of whether statements made during a psychotic break were reflective of a person’s true beliefs. He added that there was no sufficient evidence that Crawford “harbored any anti-Muslim sentiments” and that defense attorneys “continually deny whether he committed the fire in the first place.”

During sentencing, Judge Aiken followed a plea agreement that was reportedly supported by the congregation of the Salman Al-Farisi mosque.

“I would describe a compromise as both sides are unhappy. Neither side won,” Aiken said, before likening Crawford’s condition at the time of the fire to an elderly person with Alzheimer’s disease or dementia reverting back to offensive beliefs and actions coming from upbringing. “Things you put away … suddenly come roaring back.”

Aiken said she would follow the plea agreement because she believed it more important that Crawford receive the care he needs, rather than punishment through incarceration.

“The system is far, far, far, far, far from perfect. In fact, it’s shameful how we handle the mentally ill in the criminal justice system,” she said. “Today is a good day for justice.”

The fire at the Corvallis mosque happened after someone reportedly broke out a mosque window and threw in a two-liter soda bottle of flammable liquid, according to investigators. The fire extensively damaged an office at the mosque, which was repaired as a community effort. Investigators reportedly recovered a soda bottle, cap and flashlight that initially tested positive for Crawford’s DNA, according to court documents.

Prosecutors have maintained that Crawford started the 2010 fire shortly after hearing about a thwarted terror plot in Portland and recognized the suspect in the case, Mohamed Mohamud, as someone who worshiped at the Corvallis mosque. Mohamud, who had been an Oregon State University student, was convicted of trying to bomb Portland’s annual Christmas tree-lighting ceremony and is serving a 30-year prison term.

Crawford’s sentencing stipulates that, in addition to attending mental health treatment upon his release, Crawford will be required to not use alcohol, not possess any weapons, and have no contact with any representatives of the Salman Al-Farisi mosque.

“I can do all of it,” Crawford told Aiken after being read the sentencing. “I want to pursue a career in the arts (when I’m released).”

Aiken said she believed him.

“You’re going to be fine when you’re out,” she said.

There were no available adult intensive care unit beds in Linn and Benton counties on Monday, according to the Oregon Health Authority.

Crumbl Cookies has set up shop in Corvallis at 1705 N.W. Ninth St. Suite A, and when customers walk through the pale pink doors of the bakery,…

Body found in Wyoming believed to be Gabby Petito

Authorities say a body discovered Sunday in Wyoming is believed to be Gabrielle "Gabby" Petito.

Two more coronavirus-related deaths have been reported in the Linn-Benton area.

Penny Rosenberg has been named the editor of the Albany Democrat-Herald and the Corvallis Gazette-Times.

While many businesses and industries have suffered during the pandemic, the veterinary industry and other pet-related sectors have done more t…

The Oregon State Police reported that a woman died in a single-vehicle crash at about 11:30 a.m. Monday near milepost 1 of Highway 164.

Ahson Saeed, of Corvallis reacts to a pile of burnt debris pulled from the local mosque in Corvallis, where an arsonist set a fire in the early hours of Nov. 28, 2010, in this Gazette-Times file photo.

Mozafar Wanly, mosque elder at Salman Al-Farisi Mosque, works in the refurbished office that had been firebombed in 2010 in this December 2014 file photo.

The inside of Director Mohammed Siala’s office where an arsonist threw a bottle of flammable liquid into the mosque in Corvallis on Nov. 28, 2010, in this file photo. 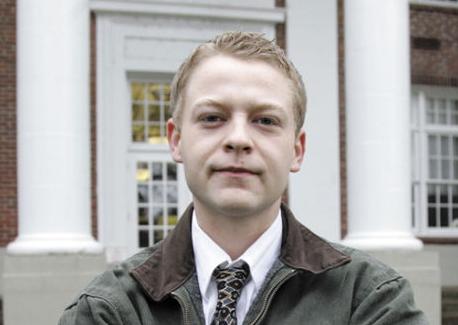 Cody Crawford, pictured in this December 2010 file photo, is accused of firebombing a Corvallis mosque in 2010. 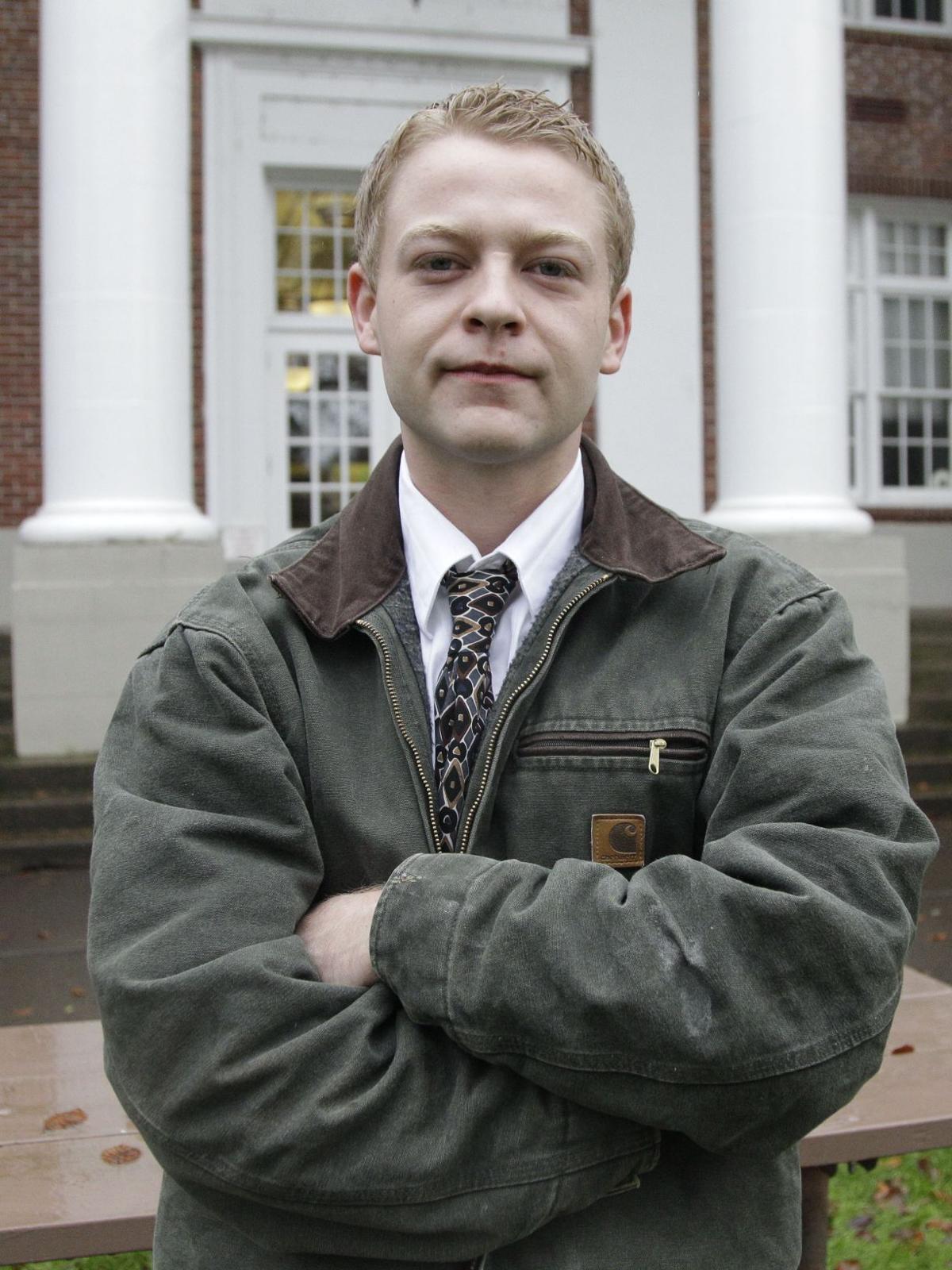