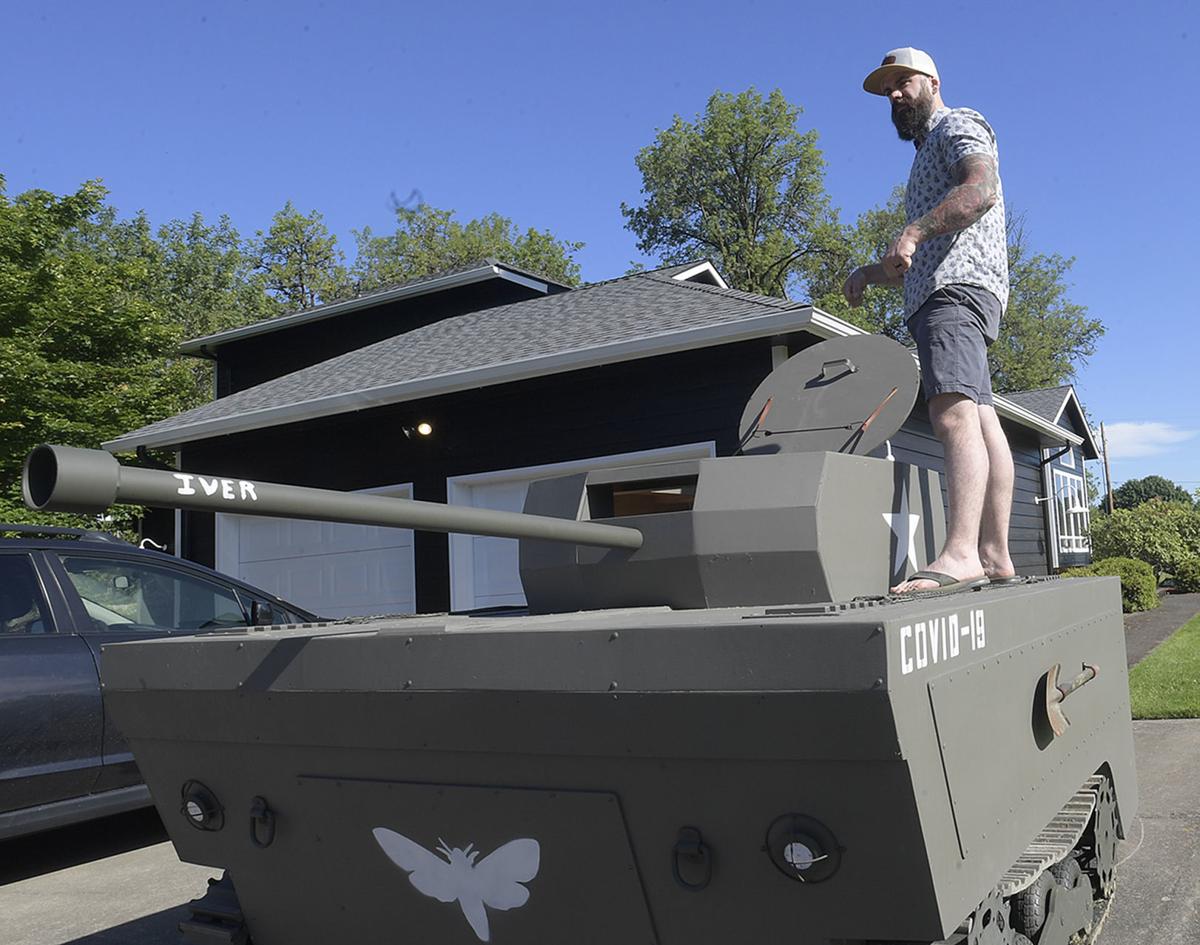 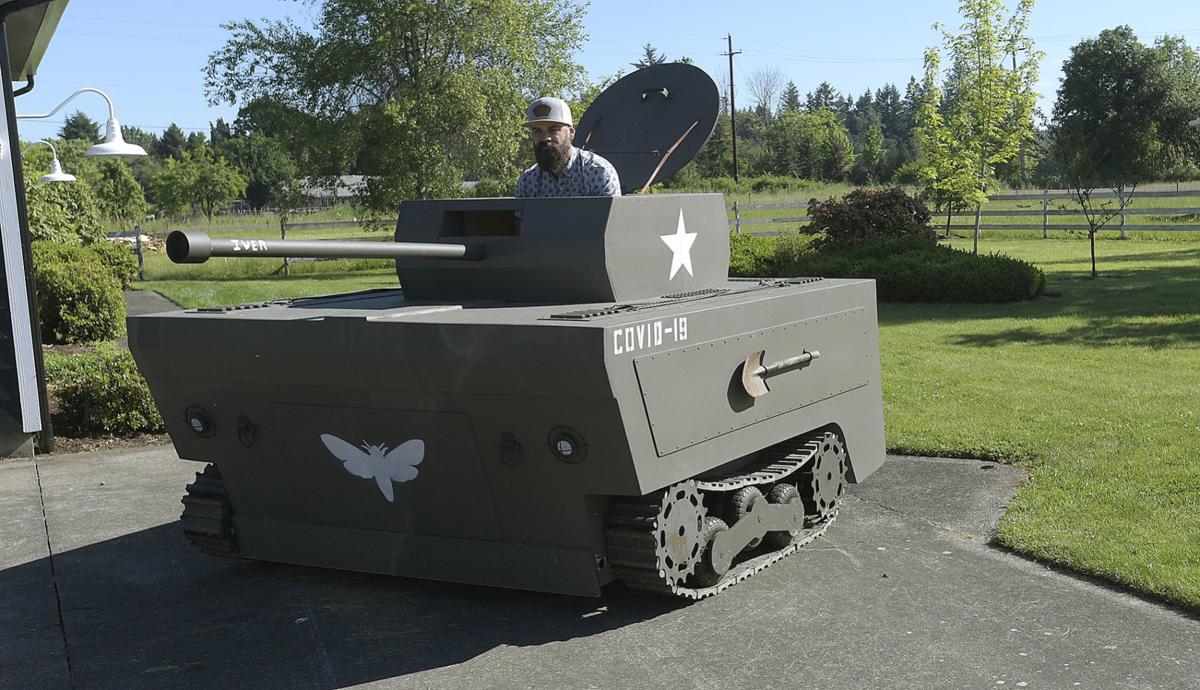 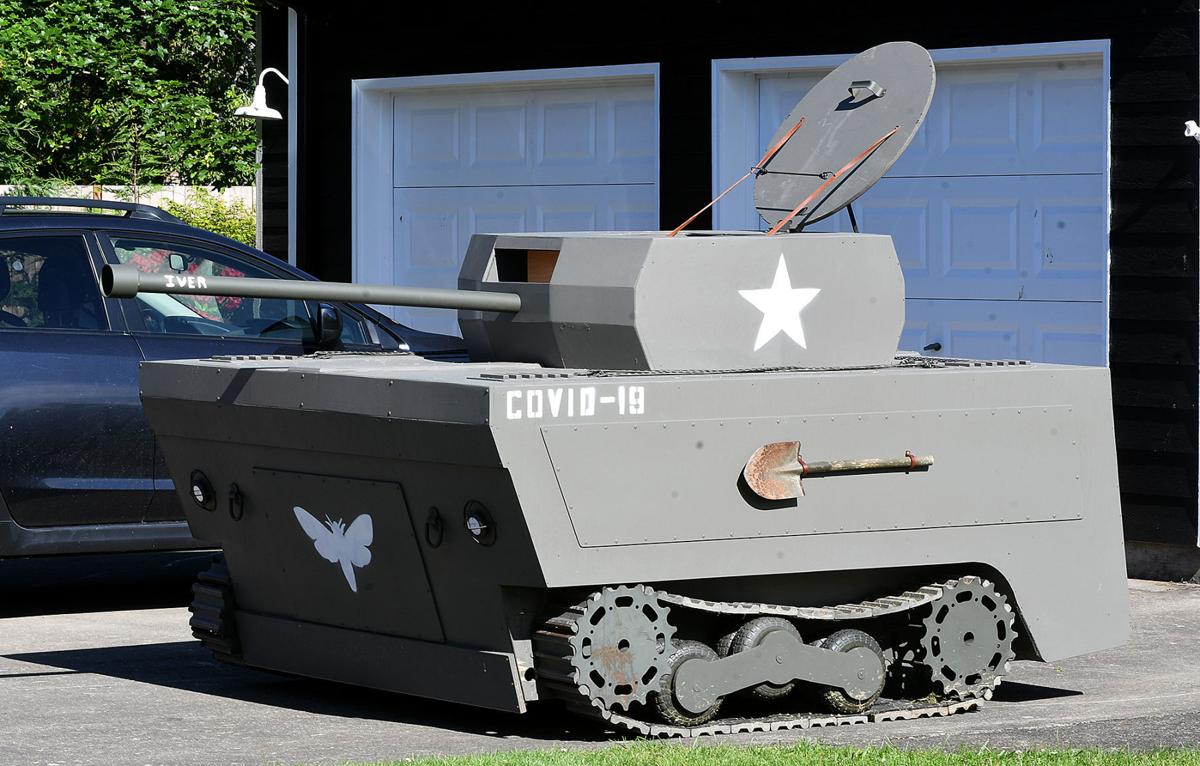 It took about a week and a half for Millersburg resident Jason Hibbs to turn his riding lawnmower into a mini-tank. 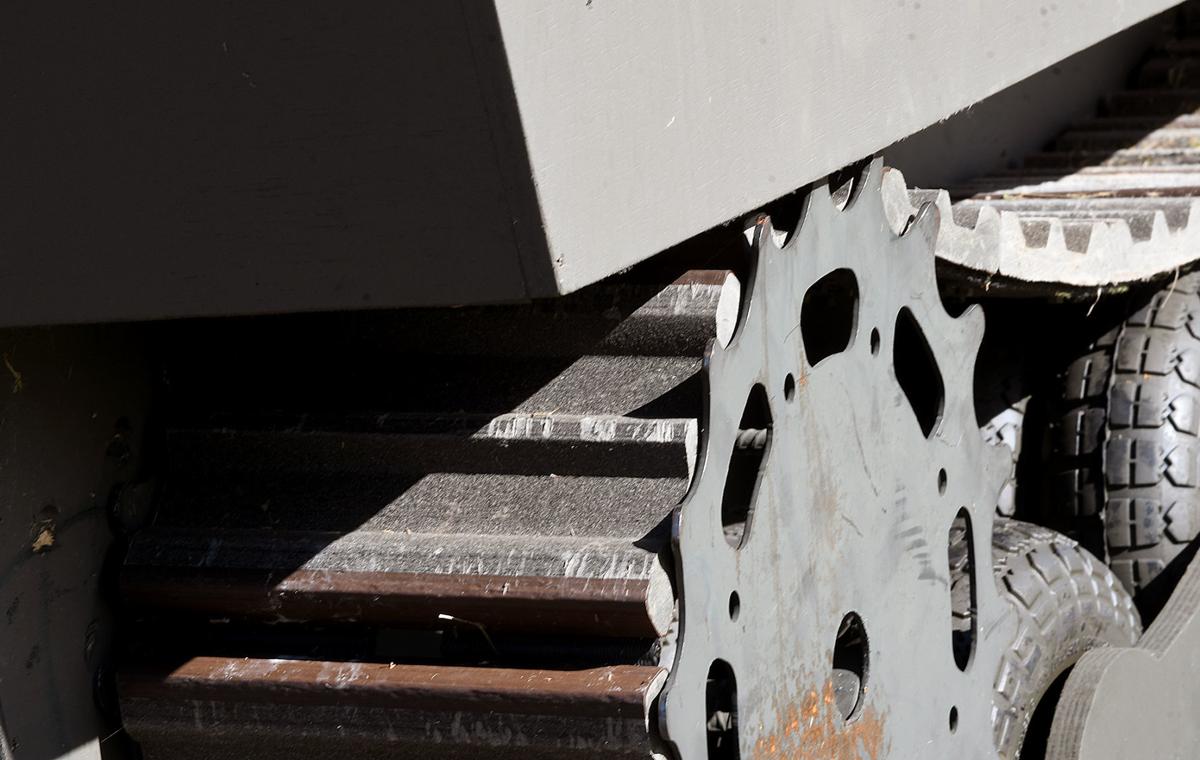 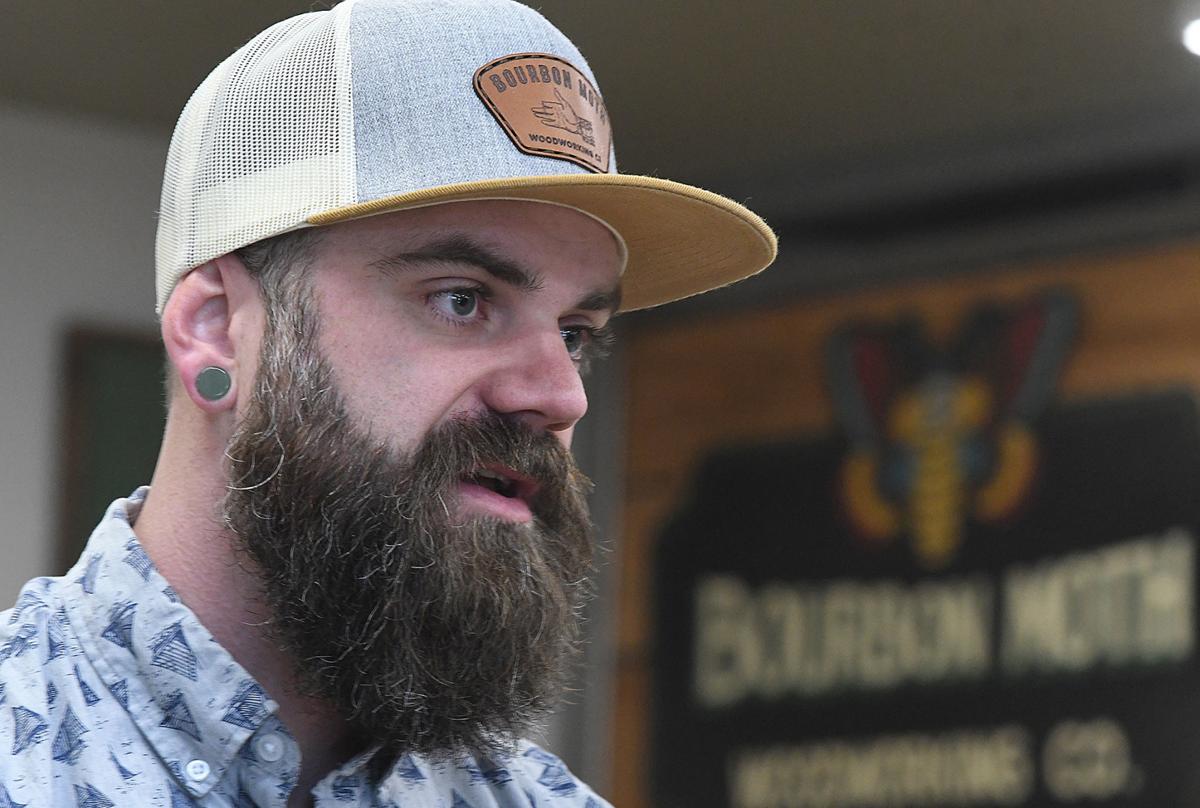 On any sunny day in the mid-valley, the sight of someone mowing their lawn doesn’t usually warrant a second glance.

That’s unless you’re driving near the Jason and Cara Hibbs home on Morningstar Road in Millersburg. That’s because their lawnmower is a tank — albeit it on a miniature scale.

But it does feature a spud-launching gun turret.

“I had several orders when the COVID-19 virus hit and everything kind of got put on hold,” Jason said. “I am not good at not doing anything and one day, while I was mowing the grass, the idea of turning the mower into a tank popped into my head.”

He pulled the lawnmower into his shop and with no real plan in mind, began attaching 2 X 4s to its metal frame.

Hibbs used birch plywood to form the boxy shape of the tank and even curved the gun turret area to make it look as realistic as possible.

PVC pipe was used to create a cannon that can send a potato flying several hundred yards.

“We attached the tracks to the lawnmower’s rear wheels and the tracks actually move,” Hibbs said. “Since the lawnmower is a zero-turning radius model with two control levels, it operates much like a real tank.”

Hibbs calls the tank the “COVID Killer” and says it makes people smile, which is the main reason he put it together.

The cannon features his son’s name, “Iver” and there is an axe and a shovel attached to either side of the vehicle.

Hibbs said the weight of the tank’s framework doesn’t seem to be a problem for the mower, but its bulky size does make it a bit difficult to mow closely around yard features.

“I’m going to eventually have to take it off so I can mow more tightly around things,” Hibbs said. “It is held to the lawn mower frame with four wood screws. I’ll probably put it in the pasture as a plaything for kids.”

But the tank’s retirement may be a long-time coming. Hibbs has been encouraged by a neighbor to enter it in the annual Veterans Day Parade in November.

Until then, folks in Millersburg may see Hibbs and the COVID Killer around town or pulling up to a nearby food cart to pick up lunch.

“I’ve taken it down to get tacos and people loved it,” Hibbs said. “It makes people smile and that’s what I had hoped for.”

To watch Hibbs put the COVID Killer together, visit https://youtu.be/3S_GEbLT6mM.

It took about a week and a half for Millersburg resident Jason Hibbs to turn his riding lawnmower into a mini-tank.