These headlines are in the news this morning: Vice President Kamala Harris is in Latin America to announce new measures to tackle trafficking and corruption; Meghan and Harry announce birth of Lilibet Diana; and Simone Biles won her seventh US gymnastics title.

Read on for these stories, other top headlines, celebrity birthdays and more.

GUATEMALA CITY (AP) — With Kamala Harris visiting Guatemala and Mexico on her first foreign trip as vice president, the Biden administration is expected to announce new measures to fight smuggling and trafficking, and hopes to announce additional anti-corruption efforts as well on Monday, a senior administration official said.

The official, who briefed reporters traveling with Harris on Sunday, spoke on condition of anonymity to preview announcements before they have been made public. No further details were provided.

Harris has been tasked by President Joe Biden with addressing the root causes of the spike in migration to the U.S.-Mexico border, and her aides say corruption will be a central focus of her meetings with Guatemalan President Alejandro Giammattei on Monday and Mexico’s Andres Manuel Lopez Obrador on Tuesday.

Prince Harry and Meghan may have stepped away from their royal duties — but family appeared to be top of mind in naming their second child, Lilibet “Lili” Diana Mountbatten-Windsor, who was born Friday in California.

The name pays tribute to both Harry’s grandmother, Queen Elizabeth II, whose family nickname is Lilibet, and his late mother, Princess Diana.

“Thank you for your continued kindness and support during this very special time for our family,” Harry and Meghan, also known as the Duke and Duchess of Sussex, wrote in a statement that accompanied the birth announcement Sunday.

Seven for Simone; Biles claims another US Gymnastics title

FORT WORTH, Texas (AP) — Simone Biles toned it down. A little anyway. And soared even higher.

The 24-year-old gymnastics superstar claimed her record seventh U.S. title Sunday night, delivering another stunning — and stunningly easy — performance that served little doubt the pressure surrounding her bid to become the first woman to win back-to-back Olympic championships in more than 50 years is only pushing her to even greater heights.

Shaking off a somewhat sloppy start Friday, at least by her impeccable standards, Biles put on a four-rotation showcase that highlighted why a GOAT emblem — a nod to her status as the Greatest Of All Time — has become a fixture on her competition leotard.

Click on the links below for full versions of these stories and scroll further for a look at today in history and celebrity birthdays.

'Do not come': Harris seeks 'hope at home' for Guatemalans

GUATEMALA CITY (AP) — Vice President Kamala Harris offered an optimistic outlook for improved cooperation with Guatemala on addressing the spike in migration to the U.S. after her meeting with Guatemalan President Alejandro Giammattei on Monday. She also delivered a direct warning to migrants considering making the trek: “Do not come. Do not come.”

VP Harris' plane forced to return due to technical problem

JOINT BASE ANDREWS, Md. (AP) — A technical problem that involved “no immediate safety issue" forced Vice President Kamala Harris' plane to return to Joint Base Andrews in Maryland about 30 minutes after she had left Sunday on a trip to Guatemala and Mexico.

Prince Harry and Meghan may have stepped away from their royal duties — but family appeared to be top of mind in naming their second child, Lilibet “Lili” Diana Mountbatten-Windsor, who was born Friday in California.

Seven for Simone; Biles claims another US Gymnastics title

FORT WORTH, Texas (AP) — Simone Biles toned it down. A little anyway. And soared even higher.

COLLEVILLE-SUR-MER, France (AP) — When the sun rises over Omaha Beach, revealing vast stretches of wet sand extending toward distant cliffs, one starts to grasp the immensity of the task faced by Allied soldiers on June 6, 1944, landing on the Nazi-occupied Normandy shore.

'Get used to me': Postmaster evokes Trump style in Biden era

WASHINGTON (AP) — Louis DeJoy is uninterested in the niceties of Washington. The wealthy longtime businessman with an outer borough New York accent prides himself as a problem solver ready to disrupt an unwieldy bureaucracy. And he's facing potential legal troubles.

'A lot of anxiety' for Democrats as Biden agenda stalls

WASHINGTON (AP) — Hopes for a big infrastructure investment are teetering. An ambitious elections and voting bill is all but dead. Legislation on police brutality, gun control and immigration has stalled out.

WASHINGTON (AP) — The Supreme Court said Monday that for now it’ll be up to Congress, not the court, to decide whether to change the requirement that only men must register for the draft. It's one of the few areas of federal law where men and women are still treated differently.

Woman dies after fall at US national park; body recovered

SPRINGDALE, Utah (AP) — A 26-year-old woman has died after falling in a canyon at a U.S. national park in Utah, officials said.

Oldest male chimpanzee in US dies at San Francisco zoo

Paul lasts the distance against Mayweather in exhibition

DENVER (AP) — Christian Pulisic lifted a trophy for the second time in eight days, this time his first for the United States.

IMAGE OF THE DAY

Week in review: Top photos of the week from AP

The Battle of Midway ended in a decisive victory for American naval forces over Imperial Japan, marking a turning point in the Pacific War, an…

In 2018, the Washington Capitals raise the Stanley Cup for the first time in franchise history after a 4-3 victory over the Vegas Golden Knigh…

Are aliens not coming to Earth because of the cost?

Are aliens not coming to Earth because of the cost?

What is that mysterious 'blinking' object in space?

What is that mysterious 'blinking' object in space?

Swaths of internet down after outage at cloud company

Numerous websites, including the New York Times, CNN and Twitch, were unavailable Tuesday after an apparent widespread outage at the cloud service company Fastly.

The DOJ under Trump seized records from House Dems; Netanyahu lashes out as rule nears end; Florida supermarket shooting. Plus, the weekend forecast, birthdays and more.

A unanimous Supreme Court ruled Monday that thousands of people living in the U.S. for humanitarian reasons are ineligible to apply to become permanent residents.

A Senate investigation of the Jan. 6 insurrection at the U.S. Capitol has uncovered broad government, military and law enforcement missteps before the violent attack.

With the pace of new vaccinations dropping, the U.S. will likely fall short of President Biden's aim to have 70% of Americans at least partially vaccinated by July 4.

Jeff Bezos announced Monday he will fly to space on the first crewed flight of the New Shepard, the rocket ship made by his space company, Blue Origin.

Another jump in prices tightens the squeeze on US consumers

American consumers absorbed another surge in prices in May — a 0.6% increase over April and 5% over the past year, the biggest 12-month inflation spike since 2008.

US vaccine surplus grows by the day as expiration dates loom; plus the latest virus news

The U.S. is confronted with an ever-growing surplus of coronavirus vaccine at a time when the developing world is clamoring for doses to stem a rise in infections. 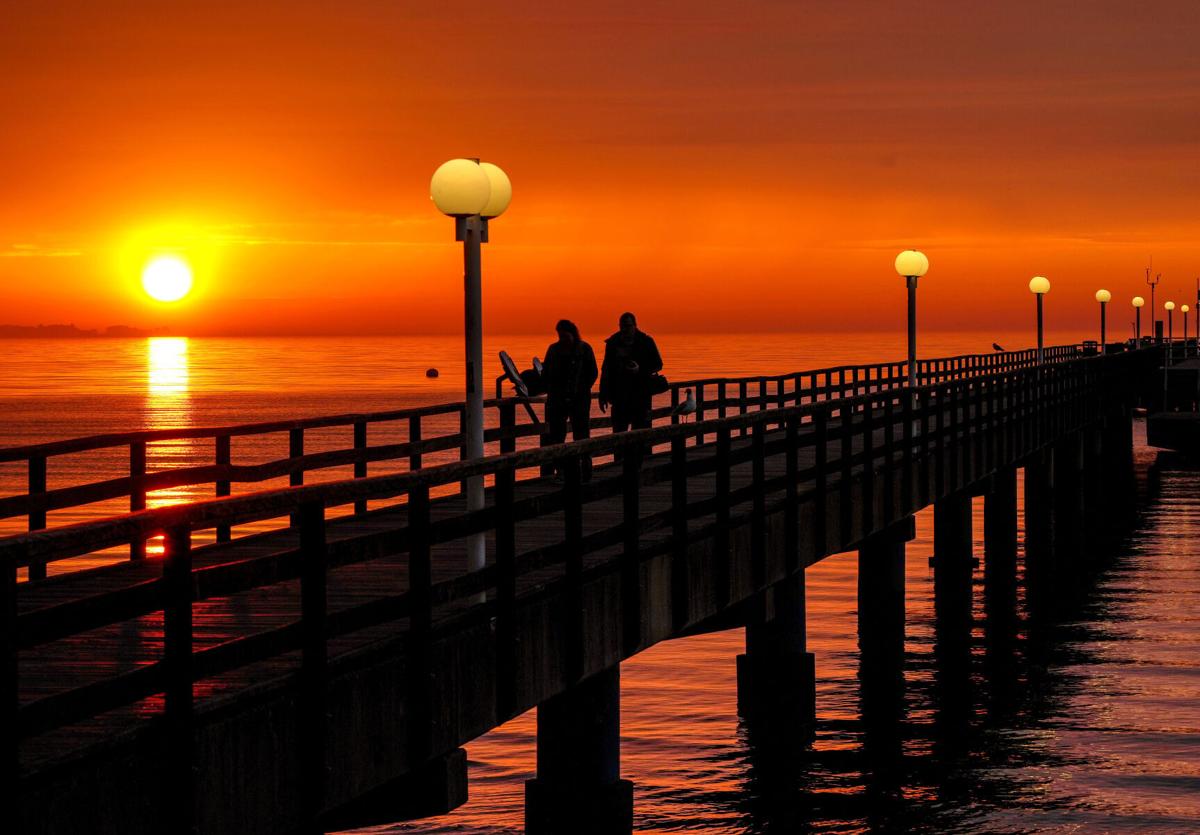 People walk on the pier at the Baltic Sea in Scharbeutz, Germany, as the sun rises Monday, June 7, 2021. 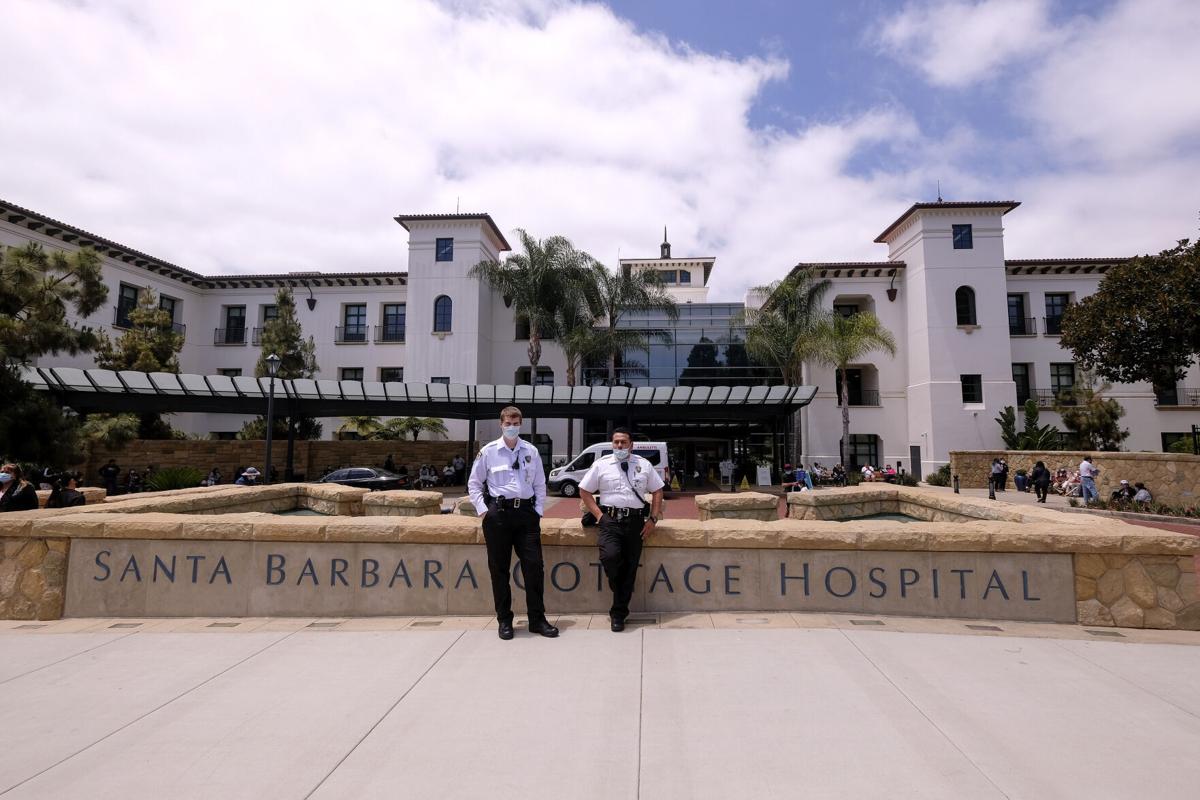 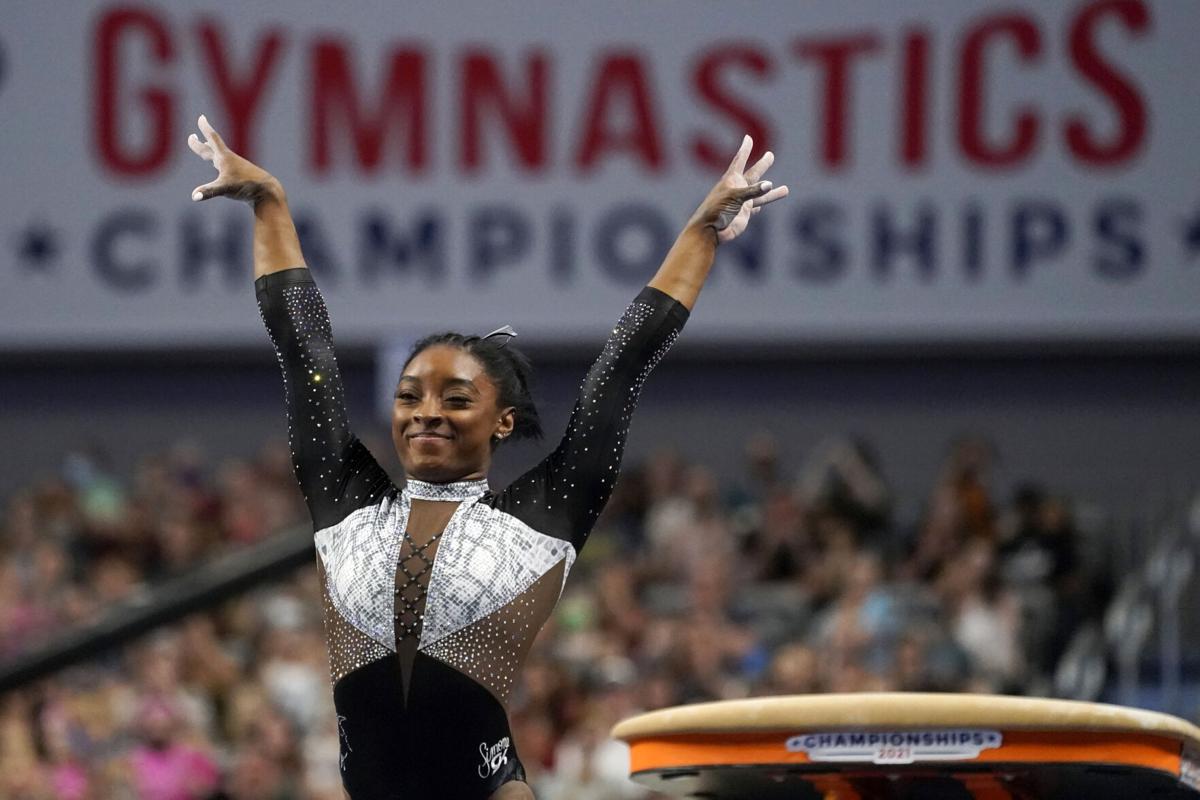 Simone Biles celebrates after competing in the vault during the U.S. Gymnastics Championships, Sunday, June 6, 2021, in Fort Worth, Texas. 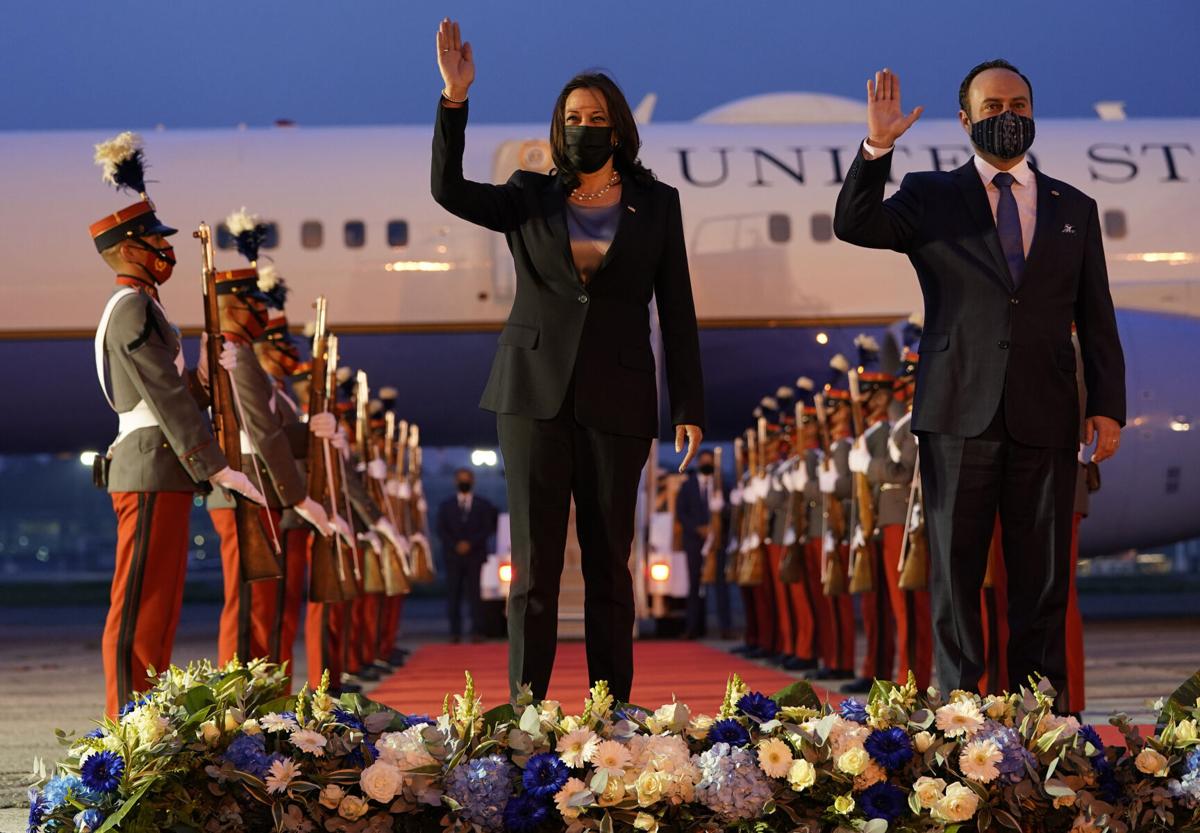